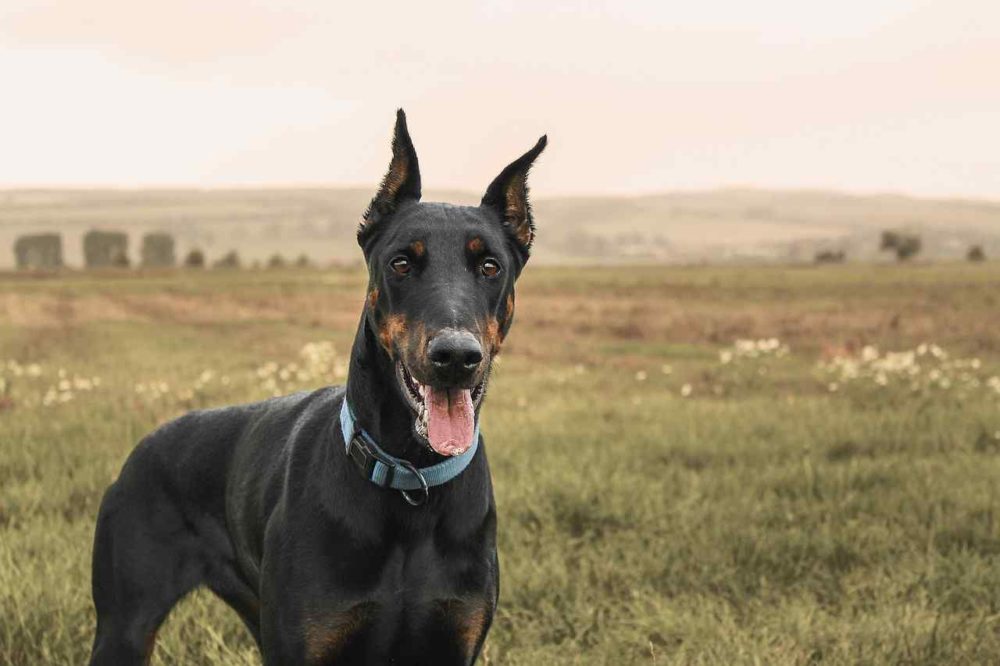 Since the beginning of domestication of dogs, they have been an important part of human life because of their instinctive guarding ability. In fact, dogs are very loyal companions and often regarded as “man’s best friend”. Instead of being so many wonderful pets and best friends, they can be dangerous too. Even friendly dogs can attack and bite. Here is the list of 10 most dangerous dog breeds in the world,

Pit Bulls are one of the most maligned and dangerous dog breeds in the world. It is a very popular breed of dogs and often responsible for attacking humans. In some countries, Pit Bulls are even used in dogfights, where the dogs are trained to fight each other in a death match. Generally, Pit Bulls belong to a dog breed that combines the energy and agility of terriers.

The dog breed has been raised in England and was brought to America by the settlers. Initially, the breed mostly used in bear baiting, blood sport in which bears were made to suffer publicly for the public entertainment. Later, bear baiting was outlawed in England but the sports of ratting became famous. In this, a pit was filled with rats and dogs competed to see who could kill all of them in the shortest time. It is believed that from this sport only the name Pit came in the full name Pit Bull. 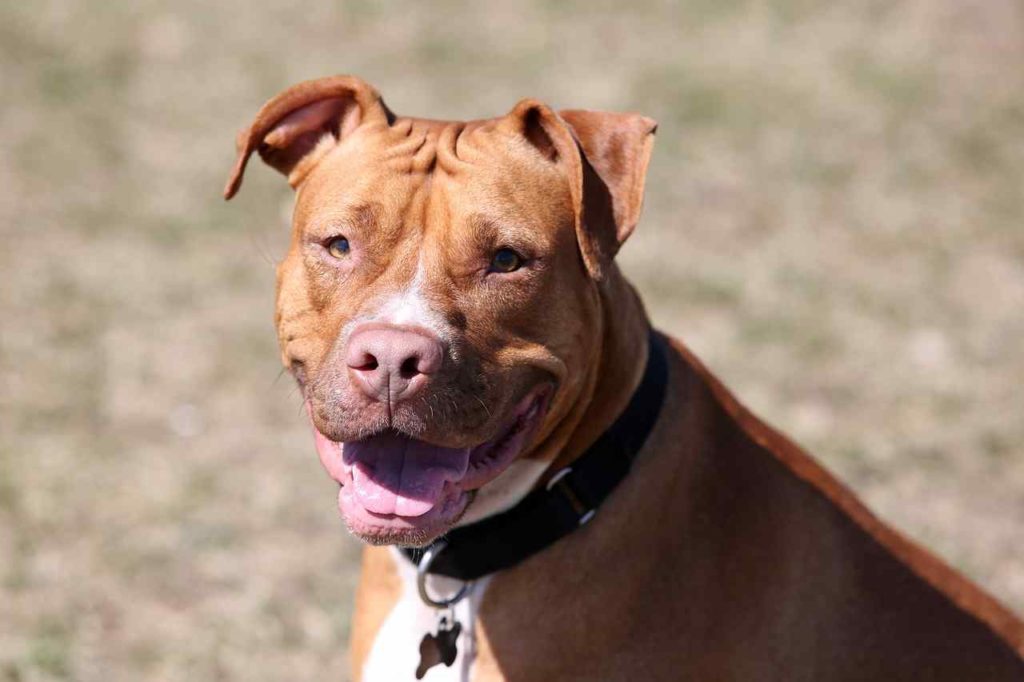 Rottweilers are a German dog breed of a domestic dog basically of German origin. It is known in German as Rottweiler Metzgerhund, meaning Rottweil butchers’ dogs, because there they are mainly used to herd livestock and pull carts laden with butchered meat to market. But today, Rottweilers are also used as search and rescue dogs, as guard dogs, and as police dogs in most of the countries.

One of the smartest and dangerous dog breeds has been trained as guard dogs and hence they have strong bonds with their owners. The bred loves to spend time with the family so they shouldn’t be left alone for a long time. A well-bred Rottweiler is calm and confident, however, there are instances when your dog will get aggressive so you need to keep a track of timing when he is getting aggressive. You either correct them there by saying NO or avoid it. Also, they need the proper amount of exercise will definitely help in calming the dogs. 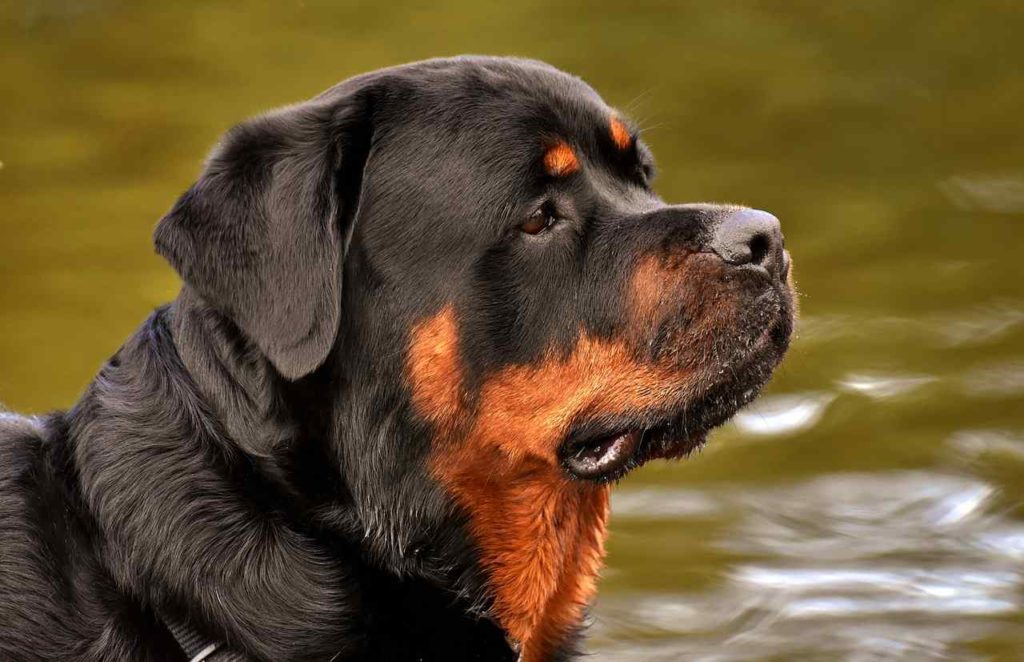 German Shepards is a breed of working dog known as the Alsatian in Britain and Ireland. It is a relatively new breed of dog, with their origin dating to 1899 in Germany. Also, because of great strength, intelligence, trainability, and obedience, German Shepherds are often the most preferred breed of dog for many types of work all over the world as they can search, rescue and guard in the most effective way. Also, according to American Kennel Club, the German Shepherd is the second-most registered breed of dog and also the seventh-most registered breed according to The Kennel Club in the United Kingdom.

One of the smartest dog breeds has an average lifespan of the breed is approximately is 10.95 years and initially they are used for herding sheep, however, now they are used for assistance work, search and rescue and military roles. The most common colour of the breed is tan/black and red/black, with other variations including all black, all white, liver and blue. According to Wikipedia they can learn simple tasks after only 5 repetitions and obey the first command that they are given 95% of the time. 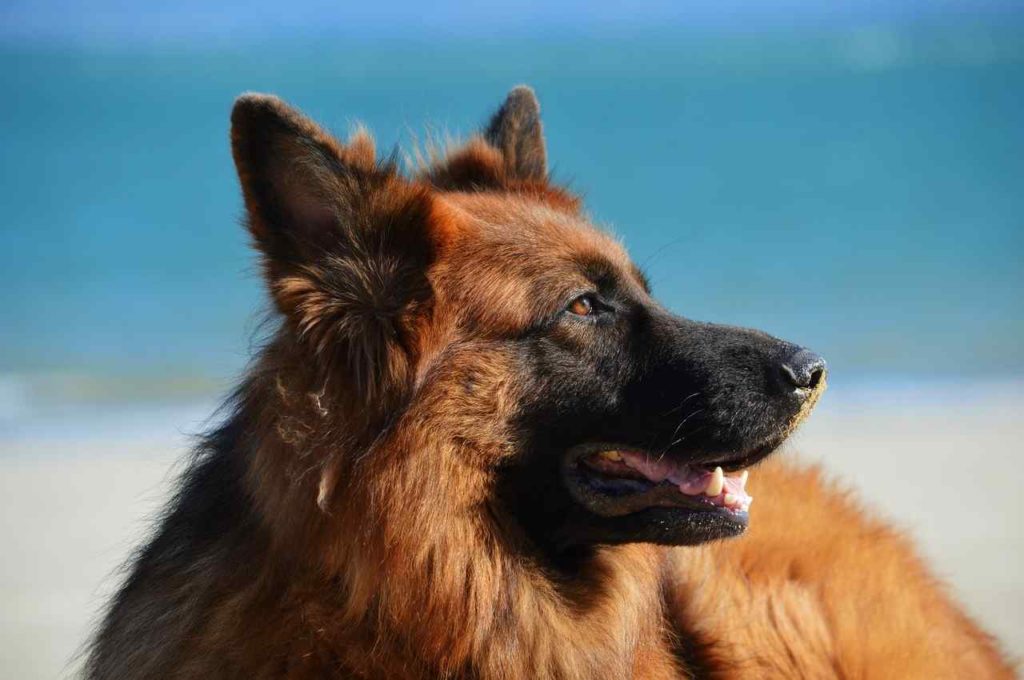 The Boxer is a short-haired breed of dog, with its origin in German. It is a medium-sized dog with the smooth and tight-fitting coat, with or without white markings. Boxers generally have a broad and short skull, very strong jaws ideal for hanging on to large prey. Also, The Boxer is a member of the Working Group that belongs to the Molosser group. This group is a category of solidly built dangerous dog breeds that all descend from the same common ancestor.

The dog breed was directly related to bullenbeisser, an extinct dog breed used for hunting wild boar and stag. The breed is known for string because of short muzzles. The colour of the breed includes brindle, fawn and white. The average lifespan of the boxer is 10 years and weighs approximately 50lbs to 70lbs. The breed is known for its playful, energetic, goofy and devoted nature. One of the breeds holds the record for having the longest tongue in the world with 17 inches long. 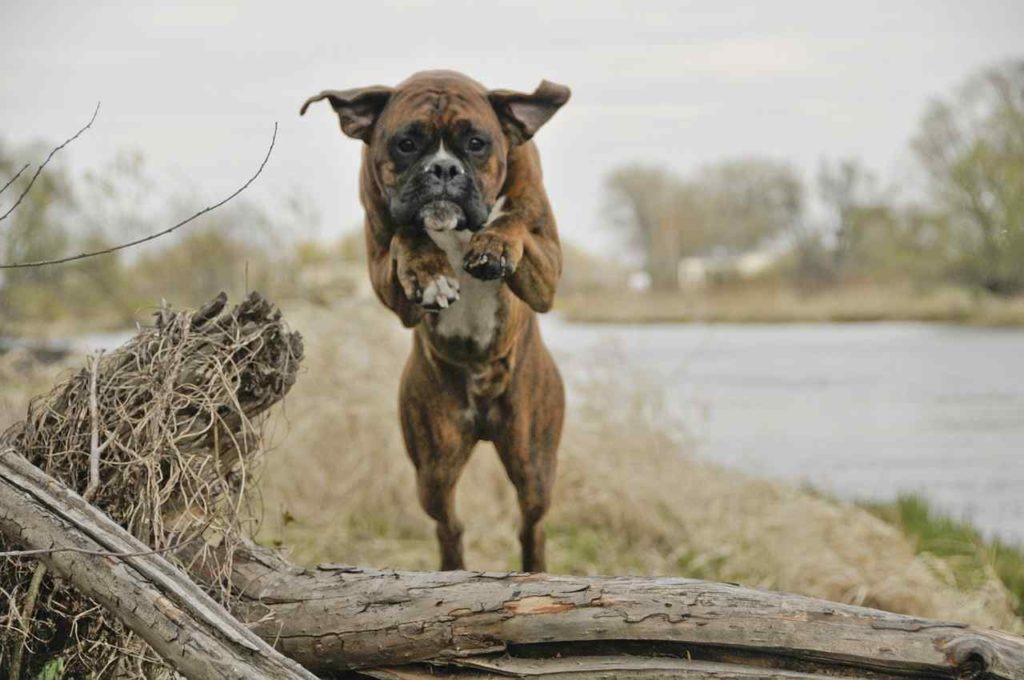 The Siberian Husky is a medium-sized beautiful dog breed that has an origin in Northeast Asia. The Huskies belongs to the Spitzgenetic family, recognized by its thickly furred double coat, erect triangular ears, and distinctive markings. It is an active, energetic, resilient dog breed, whose evolution can be traced back in an extremely cold and harsh environment of the Siberian Arctic.

That is why huskies can withstand temperatures as low as −50 to −60 °C. The bred looks like a wolf of the wild, however, they are easy-going and friendly pals. The breed is totally devoted to their families but they can host your guest in a proper way by rarely barking or acting territorial. 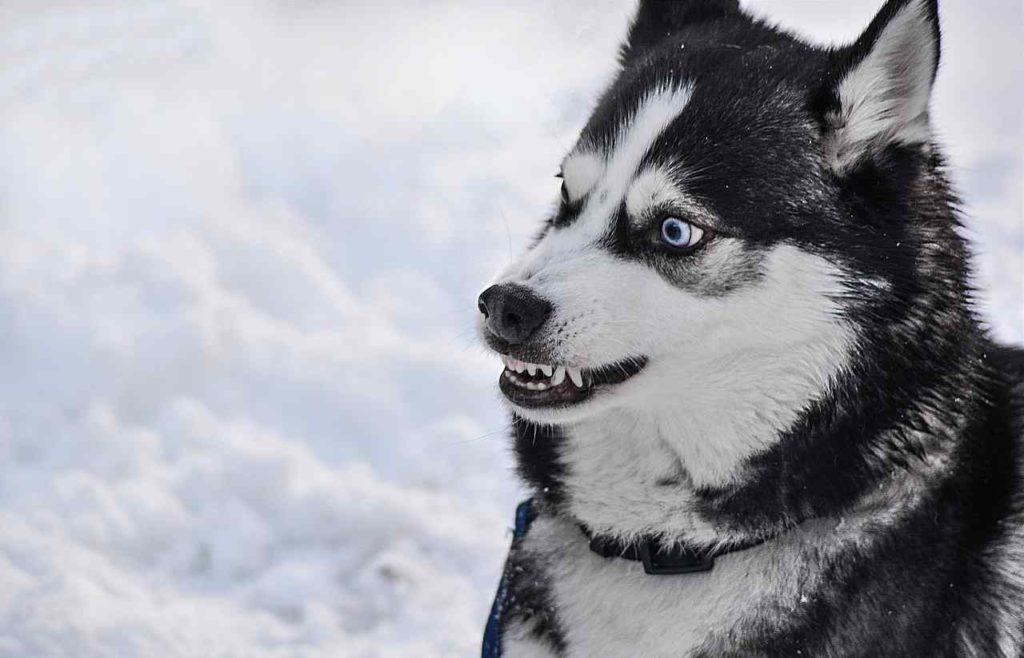 Alaskan Malamutes is a large breed of domestic dog with the desired size of 23 inches tall. The Alaskan Malamute generally have a double coat with an oily and woolly texture with two inches thickness. However, they resemble other arctic breeds and spitz breeds, such as the Greenland Dog, Canadian Eskimo Dog, the Siberian Husky, and the Samoyed. But, they have a range of markings including face markings, blazes, a splash at the nape of the neck, and a collar or half collar.

The history of the breed dates back to 5,000 years ago when the first settlers of North America kept Alaskan malamutes as their companions and as work dogs. Some of the relatives of the most dangerous dog breeds are Samoyed, the Siberian husky and even the Labrador. They are actively used in both World War I & World War II as a sniff for mines, carry weapons and act as search-and-rescue dogs and approximately 450 Alaskan malamutes were shipped to France to deliver supplies to French army troops isolated in mountain outposts. 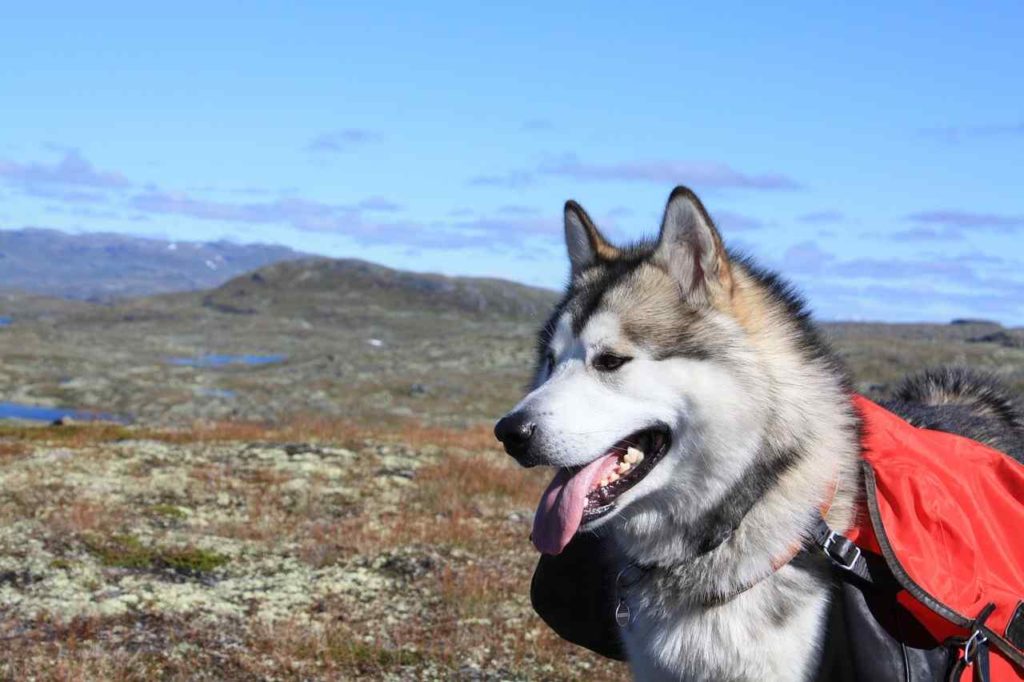 Doberman Pinschers is a medium to the large-sized breed of domestic dog, originally developed in Germany. The Dobermann has a long muzzle that generally stands on its pads. Ideally, they have an even and graceful gait with the cropped and posted ears and the docked tail. However, Dobermanns are known to be intelligent, alert, and tenaciously loyal companions and guard dogs.

The breed was developed through the mixing of Rottweiler, German shorthaired pointer, Weimaraner, Manchester terrier, Beauceron, great Dane, black and tan terrier and greyhound. Because of their intelligence, they are mostly used as search and rescue dogs. There was a dedicated movie based on the breed named the Doberman Gang was a 1972 movie about six Doberman pinschers being trained to rob banks. 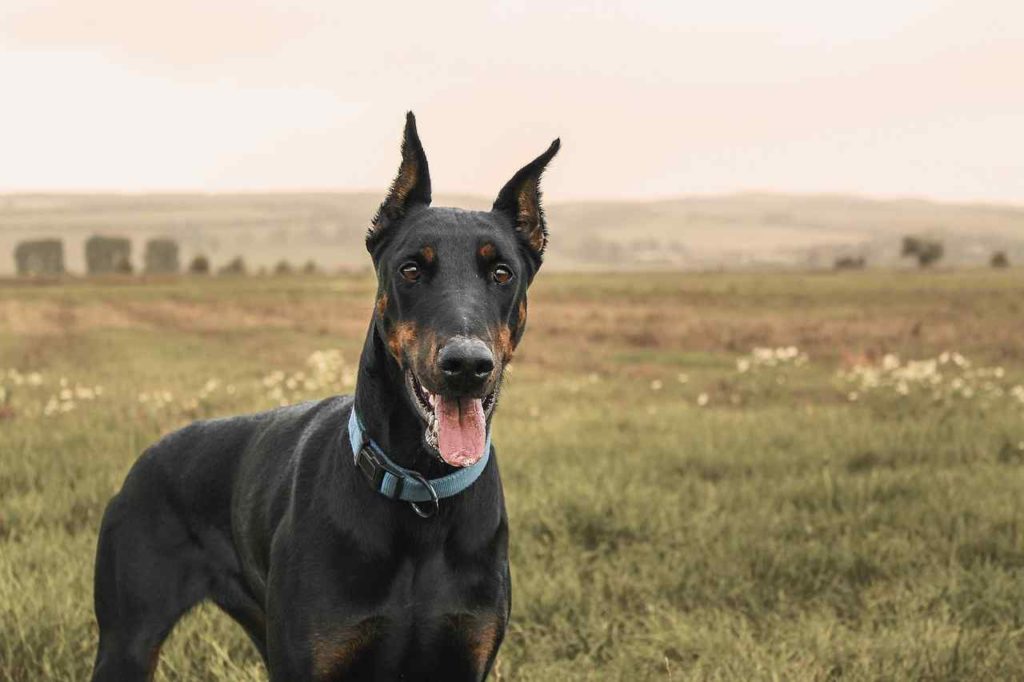 According To The American Kennel Club Registration, it is the 14th most popular dog breed in the world. The dog breed has officially recognized in the year 1887 with 9 approved colours and 3 approved markings. Originally they are breed in Germany where they are known as Englische Docke or Englische Tocke, and later German Boarhound. They are mostly used to hunt Boar, Bear and Deer at the royal courts and to protect sleeping Princes from getting assassinated.

One of the biggest dogs in the world, breed has some world records on his name like a Great Dane named Zeus held the Guinness World Record for being the world’s tallest dog, however, he died in 2014, at the age of 5 and known as a “gentle giant,” that reached a height of 44 inches tall and was 7-foot-4 when he stood on his hind legs. Since they are used for boar hunting, so three breeds have been mixed i.e Irish Wolfhounds for height, Mastiffs for muscle mass and Greyhounds for speed. The average lifespan of a Great Dane is 6-8 years. 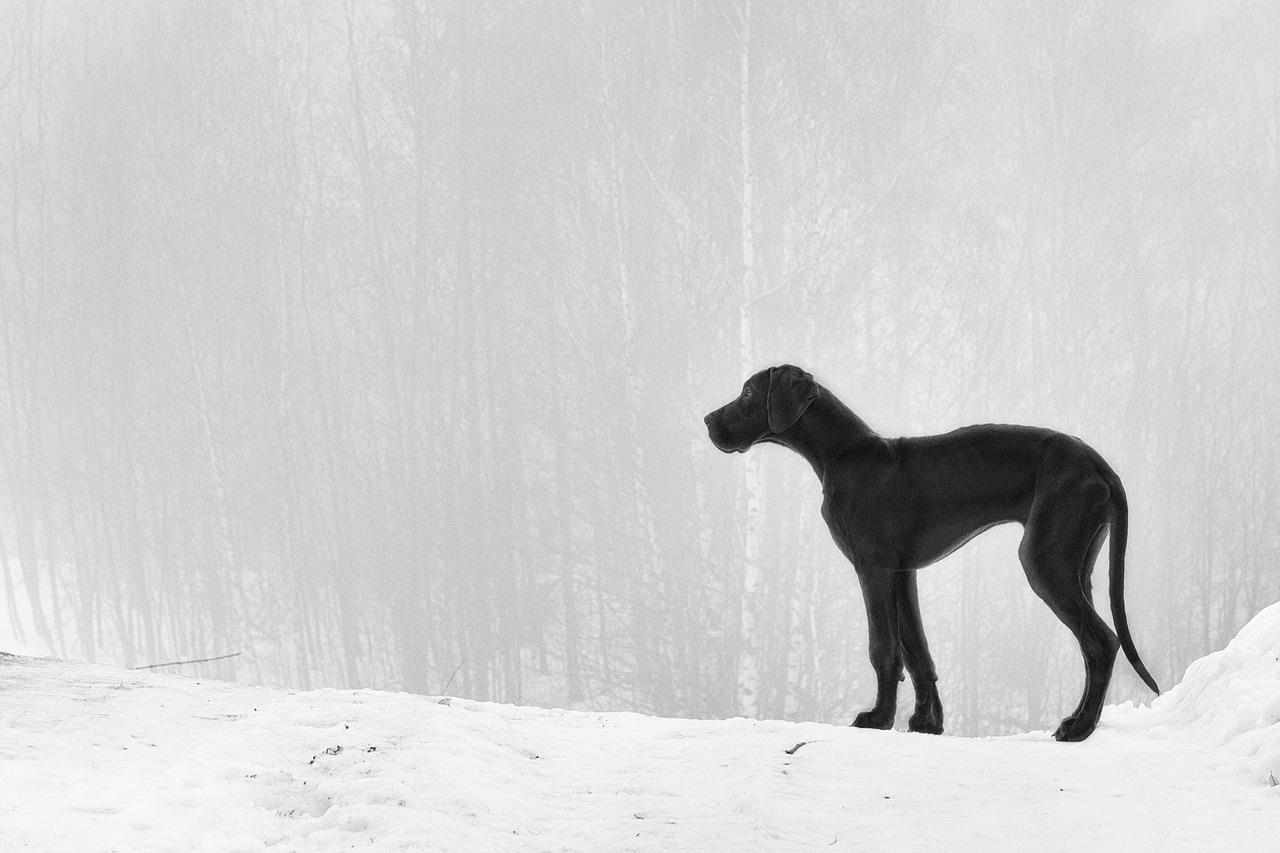 The strong and fast breed has been developed in England in the 19th century to track and catch poachers. It is a hybrid of Bulldog with English Mastiff. Apart from protecting wildlife, they are also used as a guard dog. The breed can reach upto 24 to 27 inches in height and are approximately 100 to 130 pounds. Talking about the appearance, the breed has short and dense fur suitable for cold, snowy and rainy weather.

It has a large head with a short muzzle and wrinkled skin on the face with a deep chest, massive body and long tail. The dog has courageous, confident and independent nature and needs to be trained from an early age for appropriate behaviour in front of strangers and other animals. One of the moderately-active dogs requires a few short walks per day. One of the shortest living dog breeds in the world has an average lifespan of  8 to 10 years and gives approximately birth to 4 to 13 puppies and those are very playful, rowdy and they like to jump a lot. 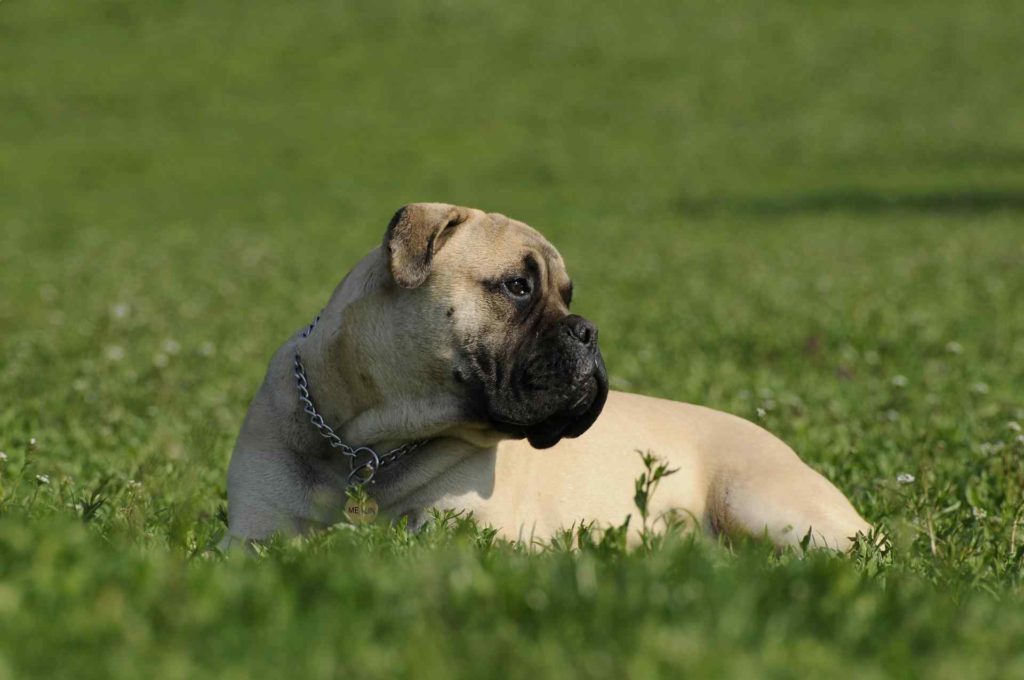 The breed is a mixture of domesticated dogs and wild wolves and is very protective, however, can be wild sometimes because of their unpredictable behaviour that probably resulted from breeding wild animals with common dogs.

Some of the countries in the world prohibited owning and breeding this dog breed. The dogs and wolves breeding is in practice since prehistoric times and it is believed that the earliest records of breeding the two dates back to about 10,000 B.C.The Kunming Wolfdog and Lupo Italiano would be two examples of the modern breed of dogs who has wolf genes from many centuries. Expert care and training are required for these breeds. 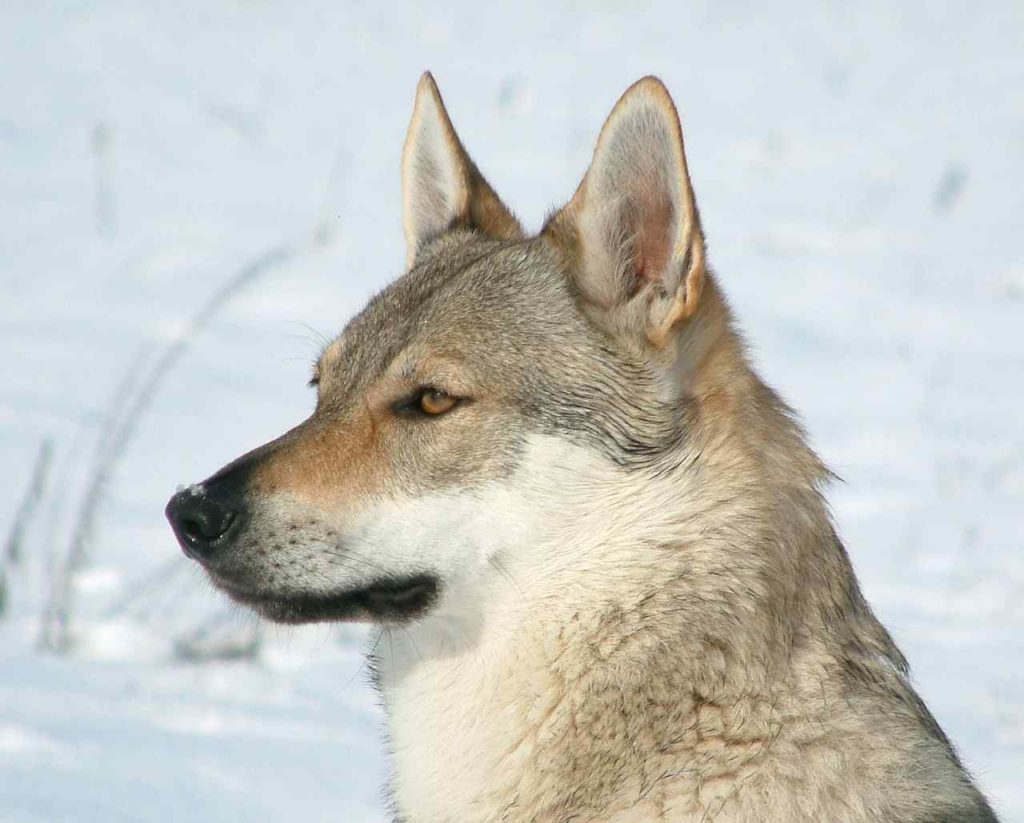 These are the most dangerous dog Breeds in the world. Do post your comments.