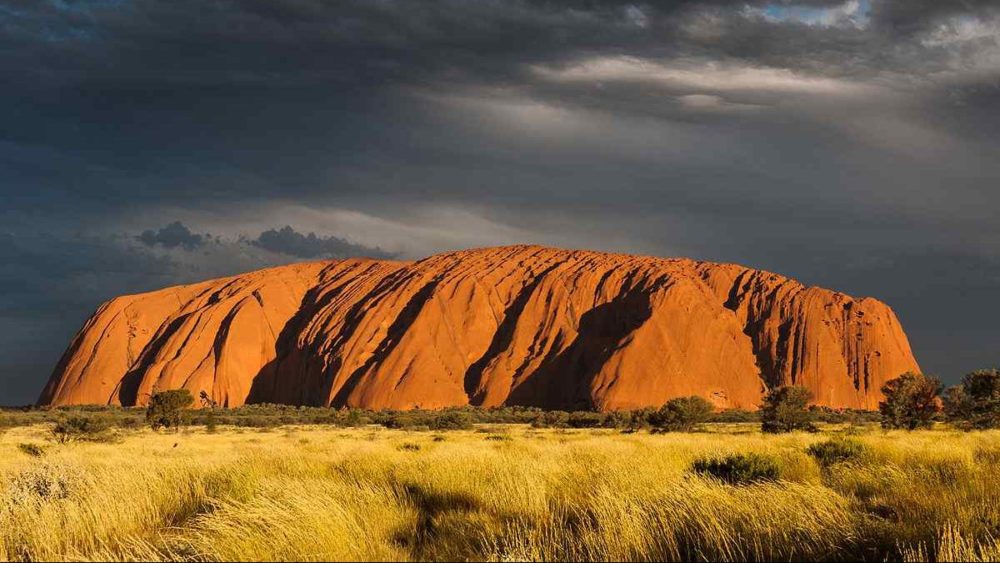 A rock formation is a confined breathtaking structure which rock excrescence. Nature creates these beautiful jaw-dropping rock formations with the help of tools such as heat, wind, rain and erosion. It took thousands of years to evolve these astounding structures. Rock formations have always been attracting tourists for their shape, location, amazing surroundings and the spectacular view. Here I endeavour to present 10 most beautiful rock formations across the globe.

Just a few hours from the bursting metropolis of Cairo lies a strange dessert that will make you feel like you have landed on the surface of the moon. The White desert, located about 45 km north of Farafra Egypt, is the main interest of tourist during Farafra visit. The white desert is a clear contrast with the yellow desert elsewhere, something which you will not believe before seeing with your own eyes.

The exclusive calcium rock formations crop up across the landscape like great abstract statues, resemble food like “mushroom” and “ice-cream cone,” while others have inspired more impressive designations, such as “the Monolith” and “Inselberg.” One can encounter such an inexplicable and breath-taking natural museum of chalk rock only in The White Desert.

Svartifoss, a famous waterfall, is one of the most popular sights of Vatnajökull National Park located in Skaftafell Iceland. One of Iceland’s most awesome waterfalls, Svartifoss is best renowned for the hexagonal basalt columns that surround it and lay shattered at its base and are very dark-colored.

These dark lava columns gave rise to its name. Svartifoss means ‘Black Falls’. Such columns are also present in some other places in Iceland, such as the Gerduberg cliffs on the Snaefellsnes Peninsula, and on Reynisfjara beach on the South Coast. However, at any of these locations, there isn’t a cascade of foaming white water to add to the beauty and creativity of the site.

The wave is one of the most picturesque and amazing rock formations and tops the list of the world’s greatest attractions. Maybe one can’t find the ocean in the middle of the desert but there’s always The Wave of Arizona. The Wave is a delicate sandstone formation, popularly known for its rolling and swelling shape.

Wind and rain erosion had created this natural, colorful design near the Arizona/Utah border. Photographers frequently visit this astounding site and some even named it a rite of passage. It is popular among hikers for the trackless trail that leads to the area. There are similar landscapes nearby, but none with so much unique beauty. Limited permits are given out per day, limiting the human impact on this environment. The swirling strata have made this the most famous ravine in all of the American southwest.

In the center of Turkey is Cappadocia. The Cappadocian region is the place where nature and history come together with the most beautiful scenery in the world. While geographic events have formed fairy chimneys, during the historical period, humans had carried the signs of thousand years old civilizations with carving houses and churches within these earth pillars and decorating them with frisks. For thousands of years, Nature has been built this incredible enchanted scenery as Fairy Chimneys. These are a result of water and wind erosion of two distinct volcanic layers. These are very popular among the tourists visiting Turkey.

Monument Valley is a red-sand desert region which is situated on the Arizona-Utah border. It is popular for the towering cluster of sandstone buttes of Monument Valley Navajo Tribal Park, tallest being 1000 ft high. The park is a popular and frequent shoot location for Western movies, is accessed by the looping, 17-mile Valley Drive. The famous, steeply sloped Mittens buttes can be viewed from the road or from overlooks such as John Ford’s Point. One should visit Monument valley to witness the stunning scenery which is the source of some of the most iconic images of the United States and the west.

Uluru, which is famous as Ayers Rock, is a giant sandstone rock formation that resides in Northern Territory of central Australia. The area surrounding the formation is home to many springs, waterholes, rock caves and antique paintings. Anangu, the locals of the area consider Uluru to be a sacred place. Uluru is listed as a World Heritage Site. It is one of Australia’s most discernible natural milestone. Uluru appears to change colours at different times of the day and year, most prominently glowing red at dawn and sunset. Special sightseeing areas with road access and parking are built to provide visitors best views at dawn and dusk.

The Bungle Bungles, Purnululu national park was left undiscovered for a long time. In 1983, airborne treasure-seekers in the form of a documentary crew filming ‘Wonders of WA’ discovered the beautiful Bungle Bungles. Also known as beehive domes, Bungle bungles are located in Australia.

These delicate formations, same of whose kind are found in just a few spots in the world, were created because of the water erosion over the past 20 million years. From the sky or from a distance some look like little pyramids or the minarets of archaic castles. Without a shadow of a doubt, Bungle Bungles are Western Australia’s most striking feature.

One can explore and indulge in the beauty of the park from many viewpoints that are present along an 18-mile long breathtaking road. The popular road runs along the plateau rim and has numerous spectacular views. Sunsets here are gorgeous in the area which surely should not be missed.

The Stone Forest of Shilin is a range of astounding limestone formations which is situated near Kunming, Yunnan, China. UNESCO has inscribed the Stone Forest on the World Heritage List as part of the South China Karst. The tall rocks seem to emerge from the earth and numerous of them look like frozen trees creating the illusion of a forest made of stones.

These outlandish formations are spread in 24,000 hectares but just 80 hectares of the Stone Forest has been developed for visitors. 270 million years ago, sediment settled in the sea. Later the sediments were lifted tectonically and the soft layers were eroded by wind and water creating these limestone formations which reach a height of 98 ft.

The Giant’s Causeway is a natural wonder which is situated in Ireland. As per the scientists, it was formed millions of years ago by volcanic activity but there’s another theory attached to its formation. According to Irish mythology, the Giant’s Causeway was built by the giant Finn McCool so he could walk from Ireland to Scotland to fight another giant. The Giant’s Causeway, which is known for its polygonal columns of layered basalt, is the only UNESCO World Heritage Site of Northern Ireland. This natural beauty doesn’t fail to attract a lot of tourists making it a wealth of local and natural history.

These are the most beautiful rock formations across the globe. Kindly share and get back to you.