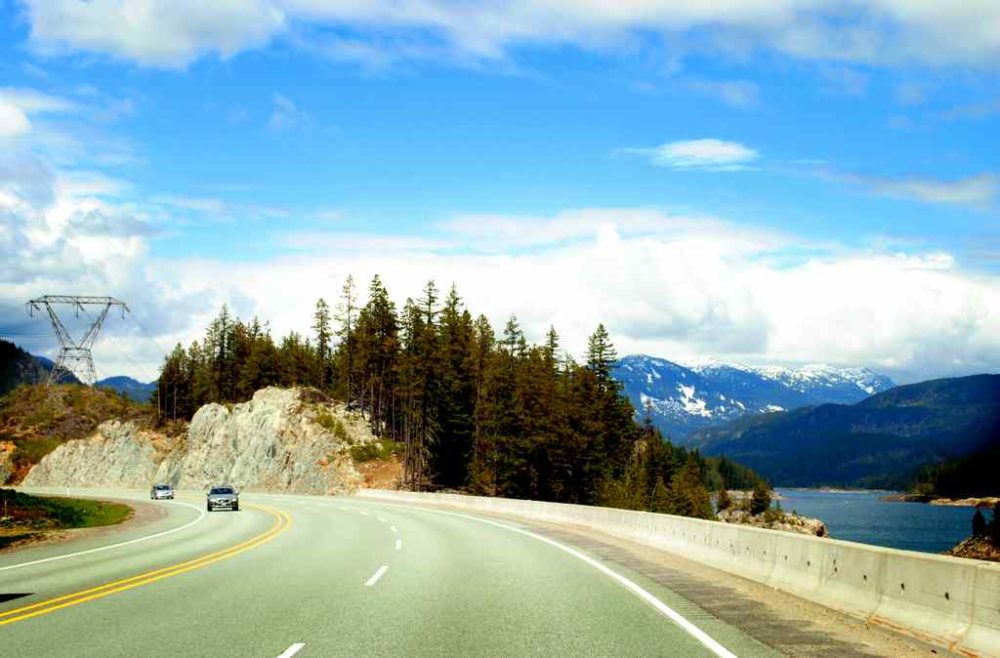 Fed up with all the stress, mundane, monotonous routine? Have a break and trail on to one of these beautiful highways. It feels as though nature is on its best when we pass through these roads. Here is the list of top 10 most beautiful highways in the world

The Pacific Coast highway is a north-south highway which runs across mostly the Pacific coastline in the U.S. state of California. It is a route of 1,061km. It is maintained by the California Department of Transportation Caltrans. The northern terminal of the highway is at Leggett in Mendocino County whereas the southern terminal is at Interstate-5 near Dana in Orange County. It has been included in the list of State Scenic Highway System/scenic highway by the Caltrans. The highway passes through Orange County, Los Angeles County, Ventura County, Big Sur, Monterey Bay area, San Francisco Bay area and then comes to the Mendocino county which are areas consisting of beautiful beaches, sea cliffs, ports, etc. 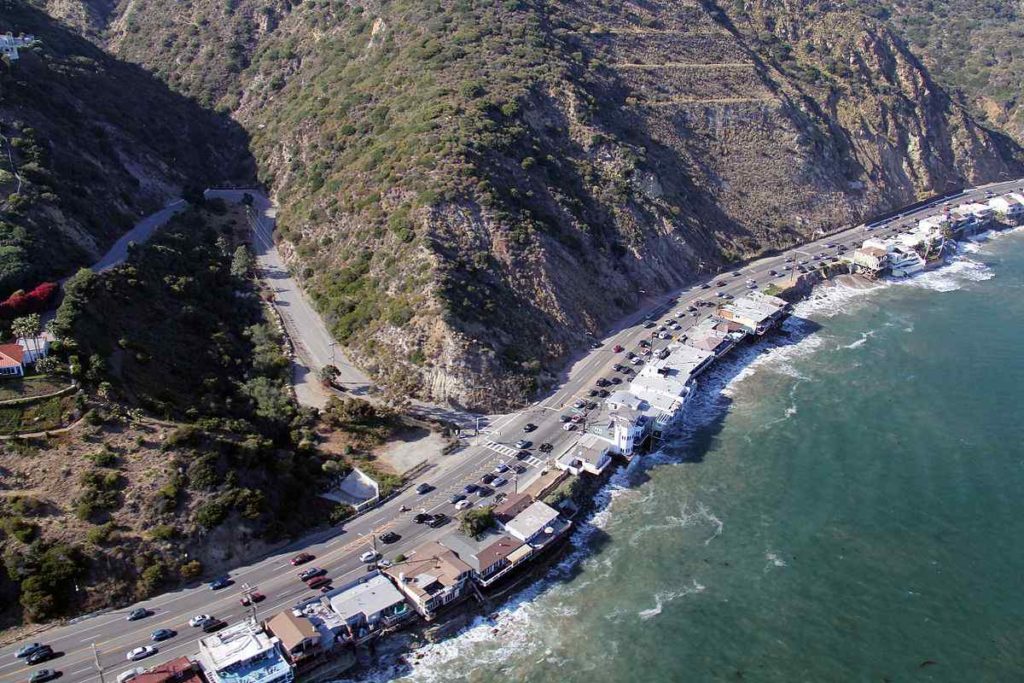 One of the most beautiful highways in the world is the Hana Highway is a 103.6km. It connects Kahului to the town of Hana in east Maui in Hawaii, United States. Although Kahului is only 84km from Hana, it takes about 2.5 hours to drive and reach because the highway is very winding and narrow and passes over 59 bridges, of which 46 are only single lane wide. There is a total of 620 curves almost all of it passes through lush, tropical rainforest. There are even many waterfalls and attractions on the way to Maui. Many bridges along the way date back to 1910. One of the bridges was badly corrupted by erosion which has been replaced by a portable steel ACROW bridge erected by the United States Army Corps of Engineers. 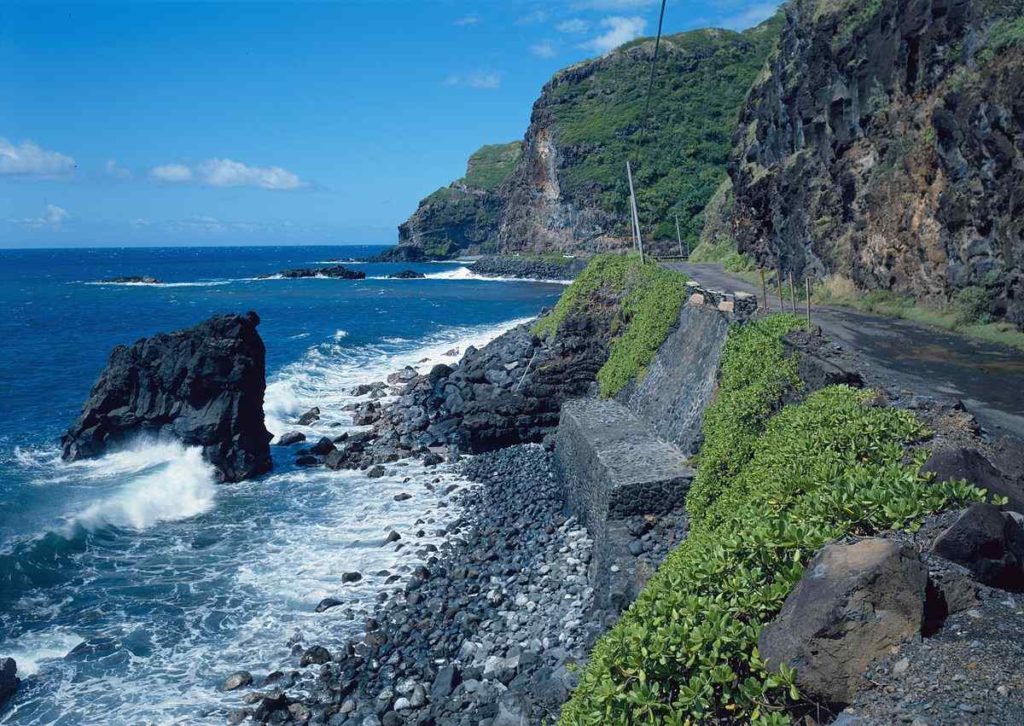 The Interstate-24 is an interstate highway in the Midwestern and South-eastern United States. It runs diagonally from Marion, Illinois to Chattanooga in Tennessee at I-75. The major traffic corridor on Interstate-24 is between St. Louis, Missouri, and Atlanta. The total length of the highway is 509.13 kilometres. The construction of this interstate highway started in 1958. The highway passes through Illinois, Kentucky, Ohio River, Tennessee, and Georgia. I-24 connects Illinois and Kentucky through a bridge across Ohio river. One of the hazardous stretches of interstate highway in the United States is located approximately 64km west of Chattanooga in Monteagle, where the highway crosses the Cumberland Plateau. 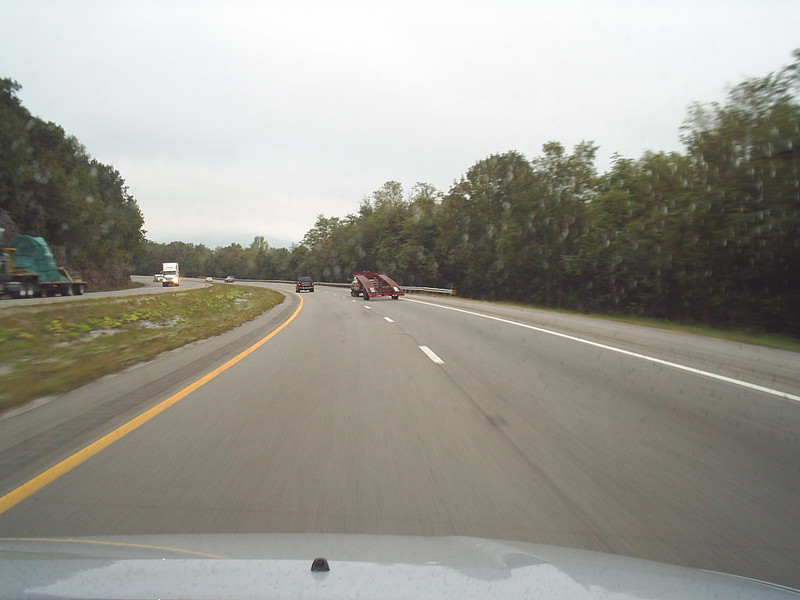 The Sea to Sky Highway or Highway 99 also known as the Fraser Delta Thruway is a major north-south highway running from U.S. border to the Lillooet. The total length of highway 99 is 409 kilometres. In 2006, UK’s The Guardian ranked it the fifth best road trip in the world. The highway passes through Delta, North Vancouver, West Vancouver, Squamish, Whistler, and Lillooet. On its way to the Lillooet, the highway encounters beautiful bridges like the Lion’s Gate Bridge between Vancouver and North Vancouver, hills, valleys, rivers, tunnels etc. It began servicing from 1942. It is one of the most beautiful highways in the world. 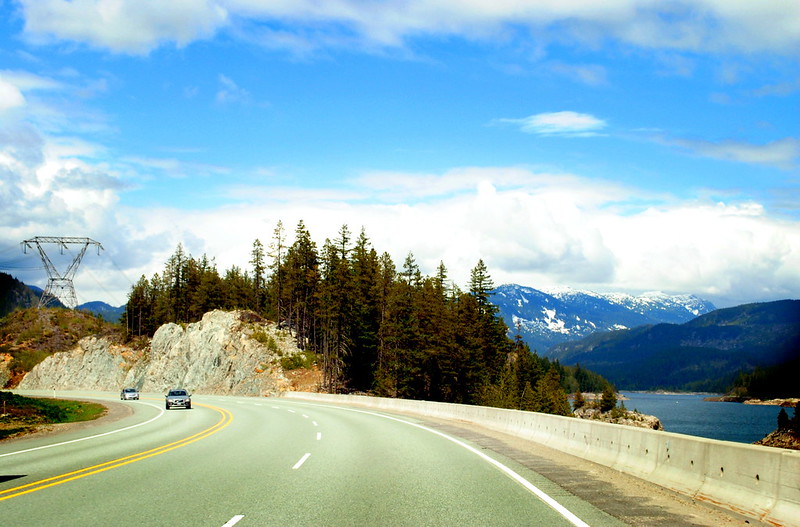 The Princes Highway is a highway extending from Sydney to Port Augusta via the coast through the states of New South Wales, Victoria and South Australia. It has a length of 1,898 kilometres. This highway mostly follows the coastline route, therefore beautiful beaches and trees never leave your sight throughout the route. It is more scenic and leisurely route than the other main highways between the major cities like Sydney, Melbourne, Adelaide, Wales, etc. Because of the rural nature of this highway, the traffic is lower over much of its length. The highway was opened in 1920. 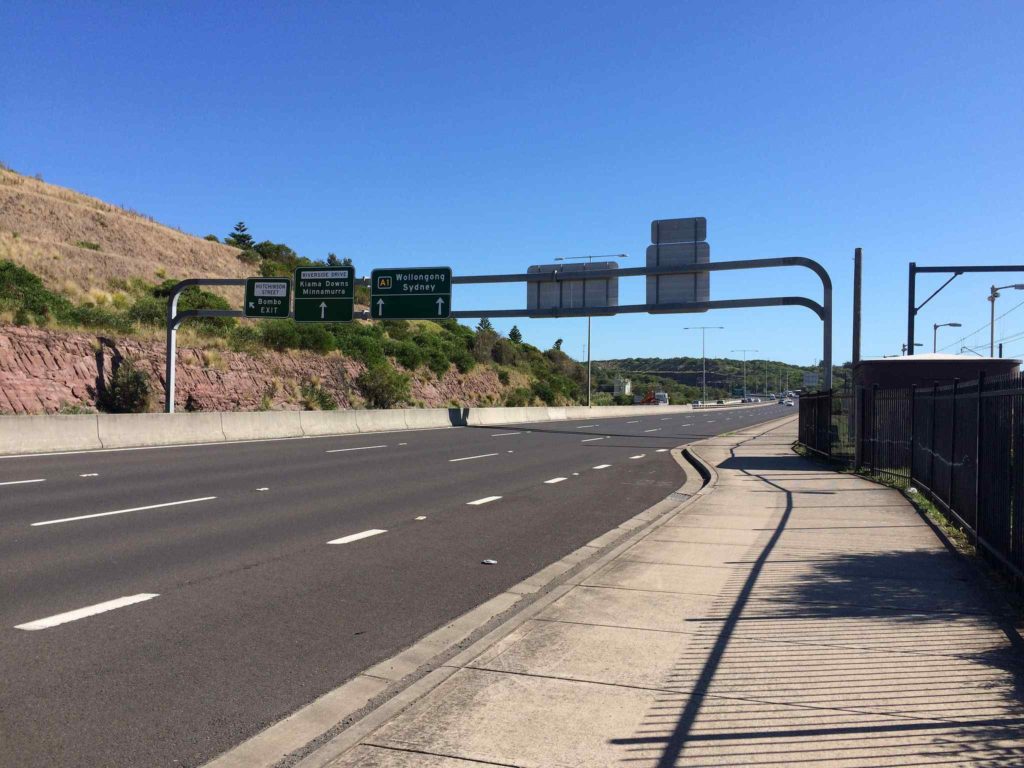 The National Route 40 of Argentina stretches from Punta Loyola in Santa Cruz Province in the south to the La Quiaca in Jujuy Province in the north. The route parallels the beautiful Andes Mountain. The route is also named as RN40 or “Ruta 40”. It is the longest route in Argentina and with more than 5000 kilometres long. It crosses 20 national parks, 18 major rivers, and 27 passes in the Andes. Route 40’s highest point is 5,000 metres which are in Abra del Acay in South Province. Its construction began in 1935. The routes cross Santa Cruz province, Chubut, Rio Negro, Mendoza, San Juan, La Rioja, Catamarca, Tucuman, Salta, and Jujuy provinces. 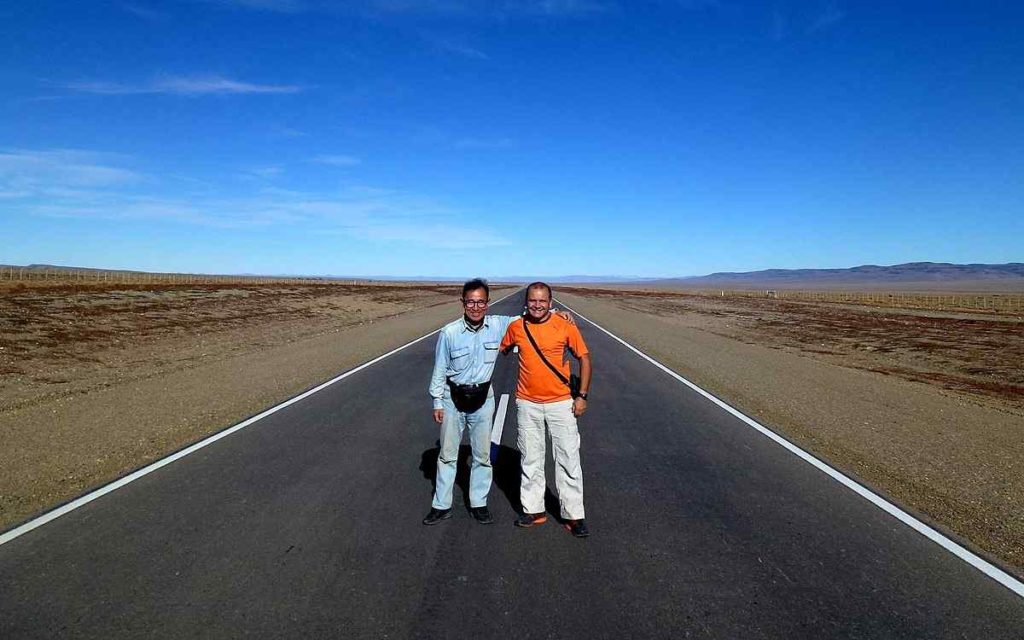 One of the most beautiful highways in the world, Utah State Route 12 is a scenic byway also known as Highway 12- A Journey Through Time Scenic Byway. It is located in Garfield county and Wayne county in Utah, United States of America. It is 197.729 kilometres of pure driving bliss. It connects Panguitch at an intersection with US-89 with Torrey at an intersection with SR-24. It passes through various scenic monuments, rivers, boulders, plateaus and parks. The 48 kilometres long portion of the highway which ascends and descends the Boulder Mountain is known as the Boulder Mountain Highway. 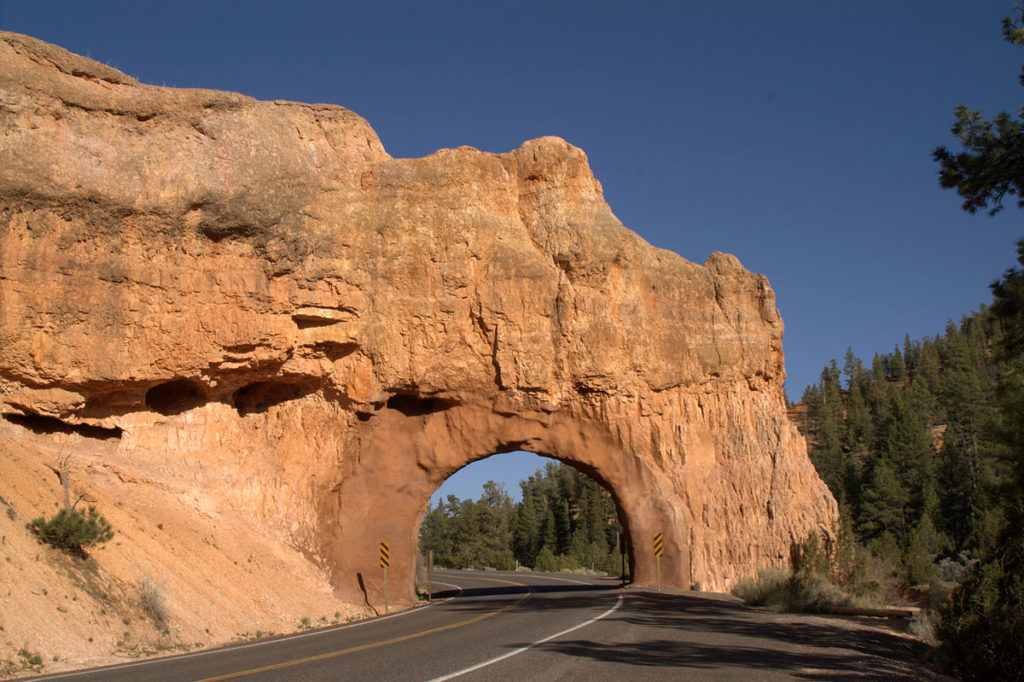 Cabot Trail is a scenic highway and roadway in northern Victoria County and Inverness county. It is a closed loop way around the northern tip of the island passing through the Cape Brenton Highlands. The Cape Brenton island is in Nova Scotia, Canada. The route is 298 kilometres in length. It is named after a well-known explorer John Cabot who landed in Atlantic Canada in 1497. The construction of the initial route was completed in 1932. Cabot Trail passes through various national parks and rivers such as the Cape Brenton Highlands National Park, Margaree River valley, etc.

Also Read: 10 Of The World’s Most Inspiring and Exciting Road Trips 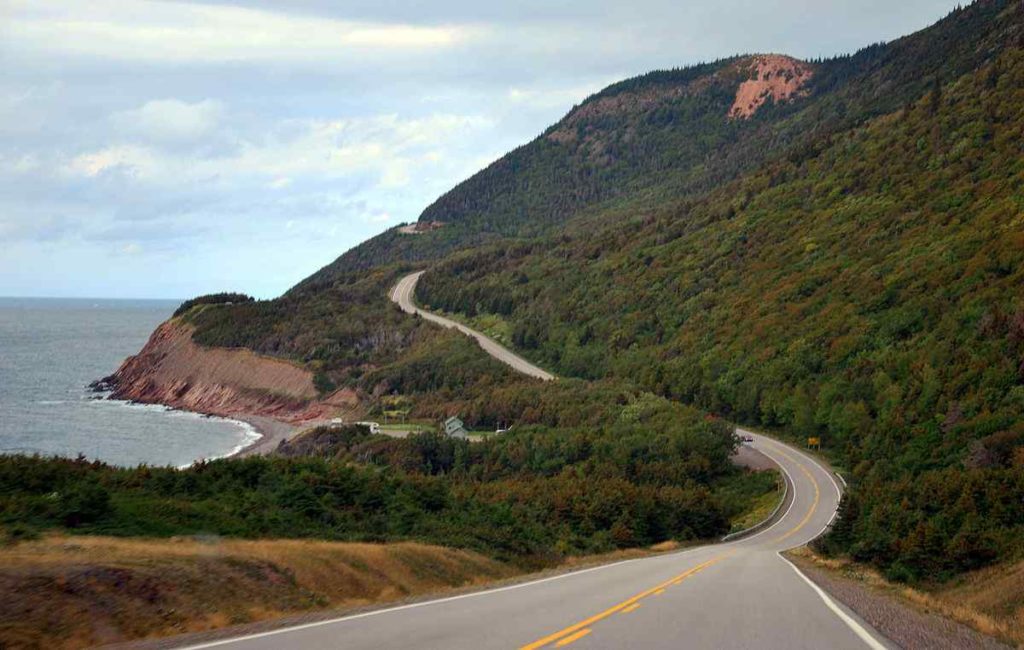 State Highway 94 is New Zealand’s scenic highway. It extends from the large Southland town of Gore to Milford Sound. Milford Sound is one of the most popular destinations in New Zealand. Its total length is 254.4 kilometres. It is considered to be the most scenic roads of New Zealand having a peak elevation of 940 metres. The trail consists of a beautiful section of road known as the Milford Road between Te Anau to the Sound which is 119 kilometres long. This section consists of beautiful tunnels, Lake Te Anau, Fiordland National Park, Eglington River, Eglington Valley, Mirror Lake, Waterview tunnel, etc. 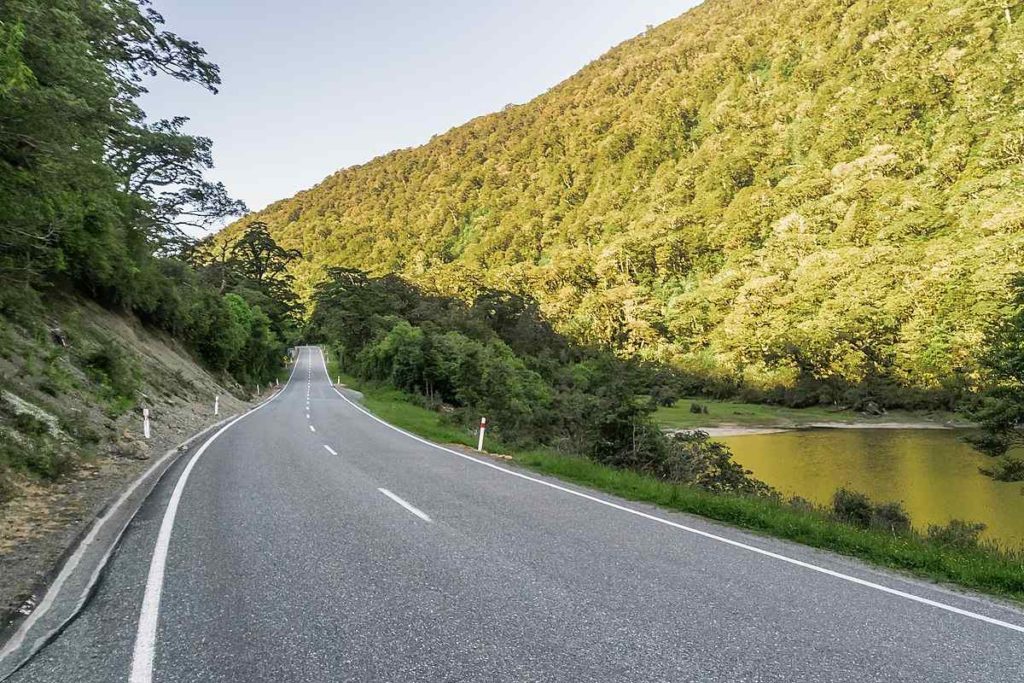 It is a mountain pass in northern Italy bordering Switzerland. It is at an elevation of 2,752m above sea level. It is located between Stilfs in South Tyrol and Bormio in the province of Sondrio. It is 75 kilometres from Bolzano and a mere 200 metres from Switzerland border. It is the highest paved mountain pass in the Eastern Alps and the second highest in the Alps, 13 meters below France’s Col de I’lseran. The Stelvio pass glacier usually permits year-round skiing, but it was closed for the first time in 90 years in 2017 due to a heatwave. It is one of the beautiful highways in the world. 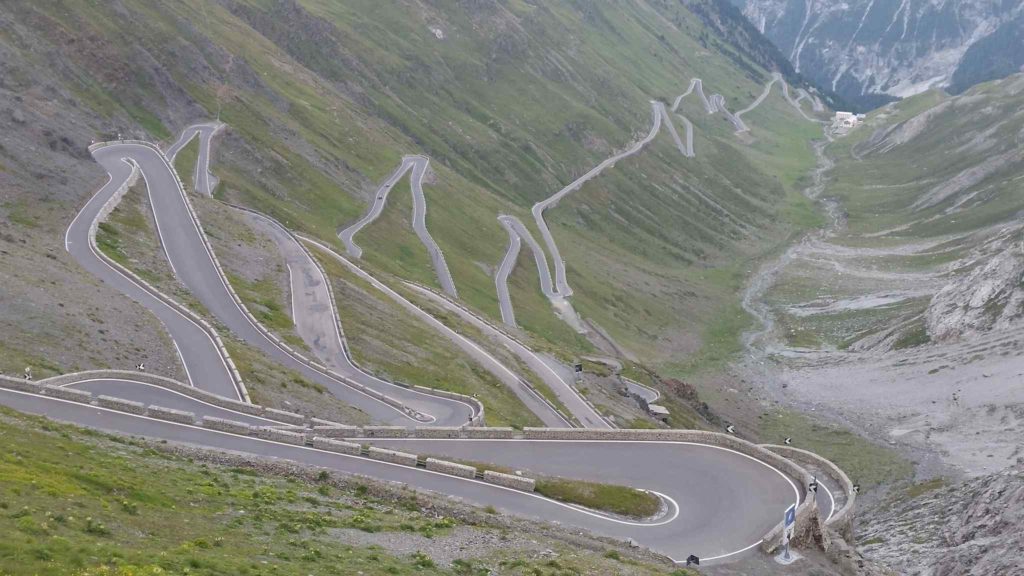 These are the 10 most beautiful highways in the world.  Do post your comments.