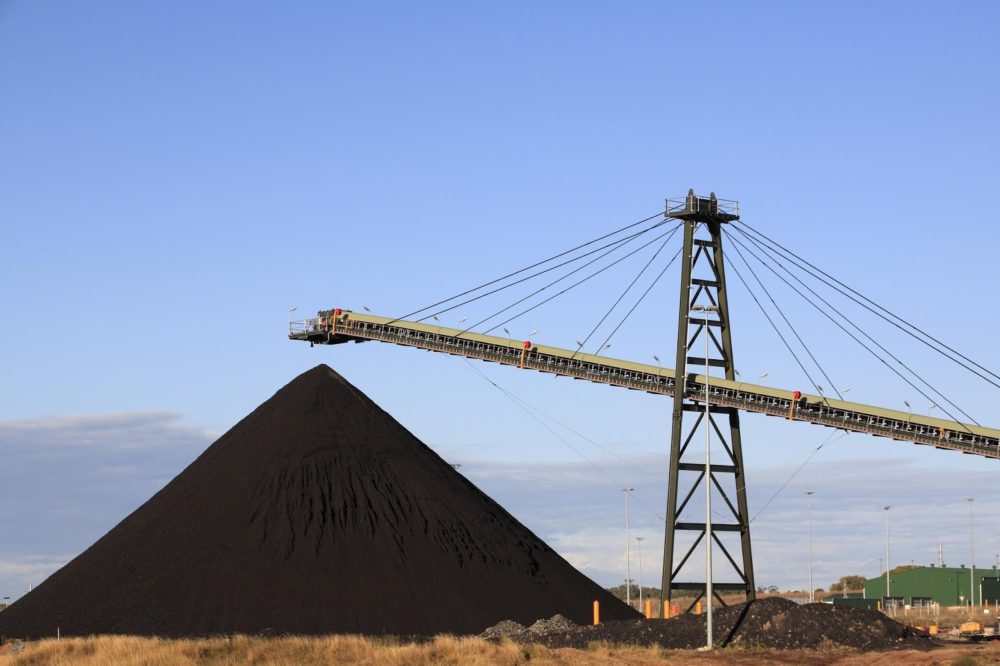 Since the discovery of silver and lead in the middle of the 19th century, the mining industry has been a significant driver of the Australian economy. It paved the way for ore exports and the mass migration of skilled miners and smelters, as well as the discovery of more minerals and resources such as gold, aluminium, copper, zinc, diamonds, uranium and crude oil. It also led to an increase in mining investment, and the building of infrastructure needed to support developing communities. Australia is home to over 400 mines and is the largest exporter of iron ore, bauxite (an aluminium-rich ore), coal, and alumina, globally. Other minerals and resources mined in Australia include:

Copper: It is estimated that Australia holds approximately 13% of the world’s economic copper resources.
Diamond: The third-largest commercially viable deposits in the world are found in Australia.
Gold: Next to China, Australia was the second-largest producer of gold in 2018. The country produced 314.9 tonnes or 9% of the global output.
Nickel: Australia produces 9% of the world output for nickel.
Opal: Australia produces 95% of the world’s opal.
Silver: Australia ranked fourth among the largest global silver producers, producing 1,700 metric tonnes or 6% of the total world output.
Uranium: Australia was the world’s third-largest producer (after Kazakhstan and Canada) of uranium in 2018, producing 12% of the global total production.

There are several publicly listed metals and mining companies in the ASX200, the leading share market index in Australia. Of these, the following three are among the biggest in the country: 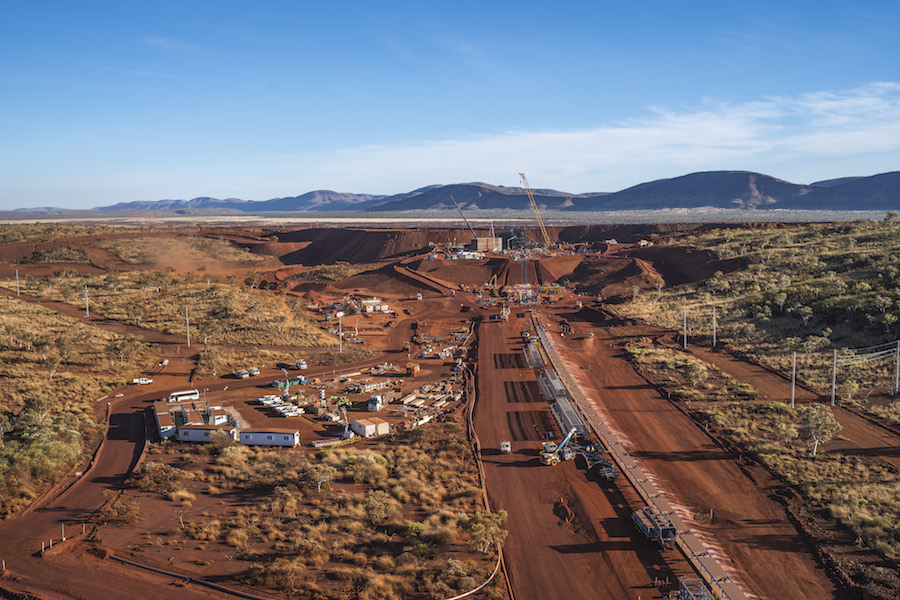 One of the most prominent mining companies in Australia, Rio Tinto largely mines minerals, including coal, aluminium, copper and gold. However, 44% of their sales are derived from iron ore extraction and exports. Rio Tinto is also an international dually-listed company, and Australia’s second-largest miner in terms of market capitalisation ($27 billion).

Second only to the Commonwealth Bank of Australia (CBA) on the ASX based on market capitalisation ($97 billion), BHP Billiton is the largest mining company in Australia. The company produces coal, iron ore, gold and copper and is engaged in petroleum exploration, production and refining. BHP is a top global commodity producer, with international operations in North America, South America, and Europe.

Founded in 2015, South32 is a relative newcomer and the third-largest miner listed in the ASX. The company produces base metals, such as alumina, aluminium, zinc, silver, lead and nickel. South32 has operations in Australia, South Africa, and parts of South America.

Australia sits on around 21.9 billion tonnes of iron ore and 3,550 tonnes of gold, making it an ideal location for super mines. Some of Australia’s super mines include: 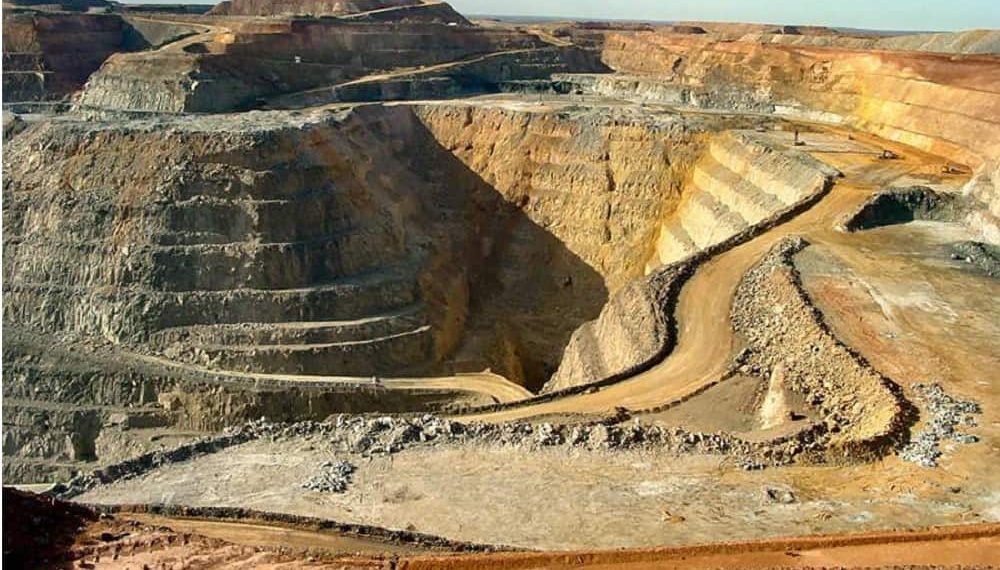 Boddington, owned by Newmont since 2009, is the biggest gold mine in the country. After heavily investing in the Western Australian open-pit mine, the company produced two million ounces of gold in 2012 and increased its production to 787,000 ounces of gold per year by 2017. Boddington also produces 80 million pounds of copper per year,

The Fimiston open-pit mine, or the Super Pit gold mine, is located in Western Australia. It covers an area of 3.5 kilometres by 1.5 kilometres, making it Australia’s largest mine in terms of size. It used to be the country’s most productive gold mine until Boddington took its place in 2012. Fimiston is owned by Newmont and Barrick Australia, part of their joint venture with Kalgoorlie Consolidated Gold Mines (KCGM). Since operating in 1989, the company’s lifetime production has peaked to 16 million ounces in 2014. 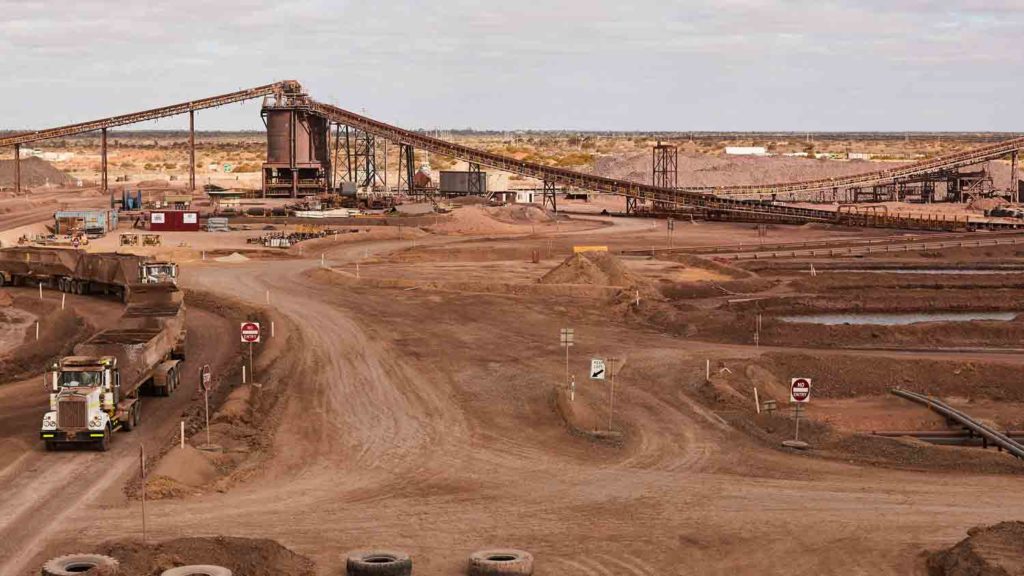 The Olympic Dam metal mine is owned by BHP and located in South Australia. In 2018, it was considered the most productive globally, with 154 million tonnes of proven reserves, a 2.06% copper grade, and a gold grade of 0.68 grams per tonne. By the end of 2018, Olympic Dam was ranked as the 5th largest copper producer globally, while also boasting the largest uranium deposit in the world.

Owned by South32, Cannington is located in Queensland and is the largest producer of silver and lead in the world. Operating for over 20 years, the mine employs more than 800 people, supplies 7% of the world’s lead, and generated 31 million ounces of gold in June 2013. 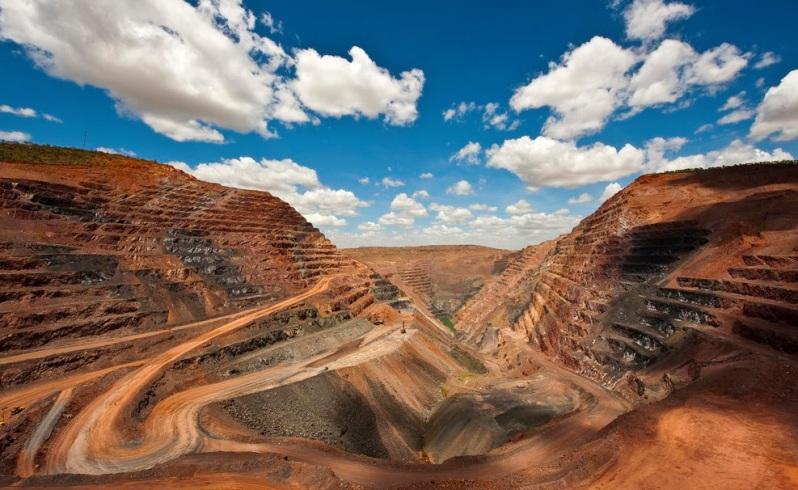 The Argyle diamond mine is owned by Rio Tinto and operates in Western Australia. Since operations began in 1983, more than 800 million carats of diamonds have been mined there, and the tunnels onsite extend more than 40 kilometres. Their application of the block cave mining technique is projected to produce 20 million carats per year.

The wealth generated by mining companies is critical to the Australian economy. This is due to the income from the mines themselves, as well as from the wide network of suppliers, such as heswinches.com.au, necessary for their operations. This ensures that the wealth they generate is not confined to their operations alone, and benefits people both directly or indirectly involved in the industry.