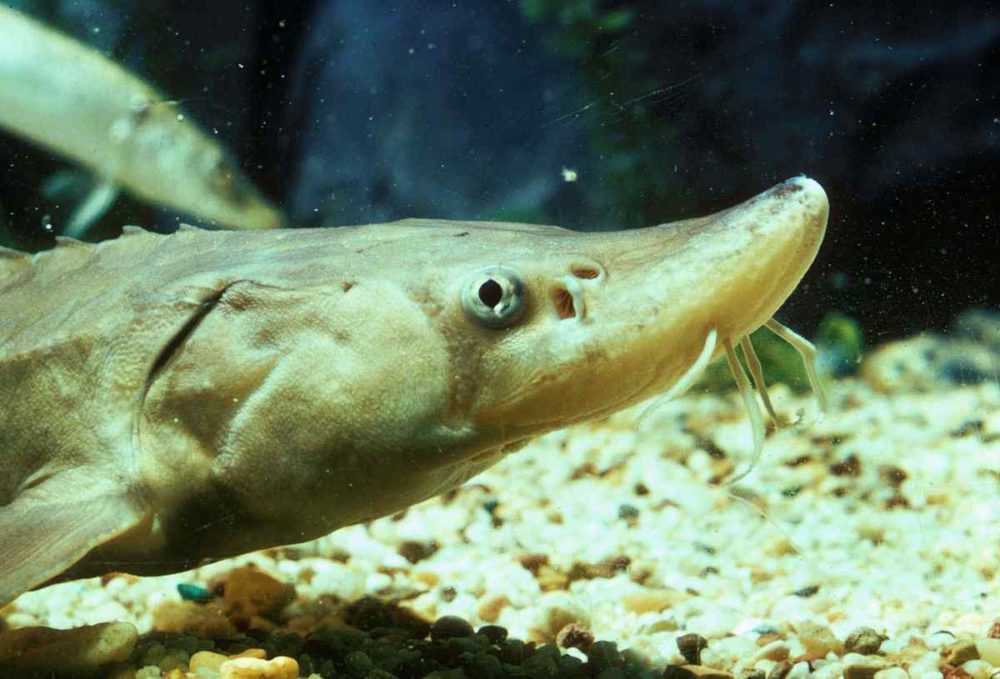 Under natural conditions, all animals might not reach their maximum possible age due to various reasons including infant mortality, diseases, predators among others. But today, we discuss the life expectancy of animals under ideal conditions. So, without further ado, let us delve into the top 15 list of the longest living animals.

This species of jellyfish might be the only one which can ‘bypass death’. Yes! Scientists have deemed this jellyfish to be ‘immortal’ because of its abilities to revert its cells to their earliest form and grow anew when in danger. It is capable of an unbelievable cycle in which it can change or convert itself from a mature adult stage to an immature polyp stage, which virtually means there is no limit to this creature’s lifespan. But in practice, these animals do not always live forever as they are eaten by their predators just like all other animals. It is the longest living animals in the world. 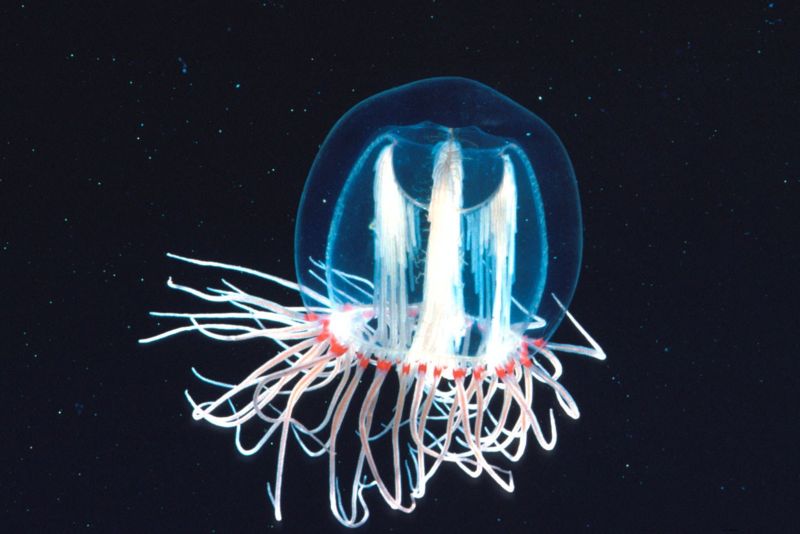 You know how the age of a tree can be deduced by its rings? In the same way, researchers have interpreted that the Ocean Quahog has dark concentric rings or bands on its shell as annual marks from which its age can be determined. Some of these specimens have been collected and its age is supposedly over 400 years. These animals show phenomenal longevity with the highest reported age of this particular species being around 507 years old! That is more than half a century of years! 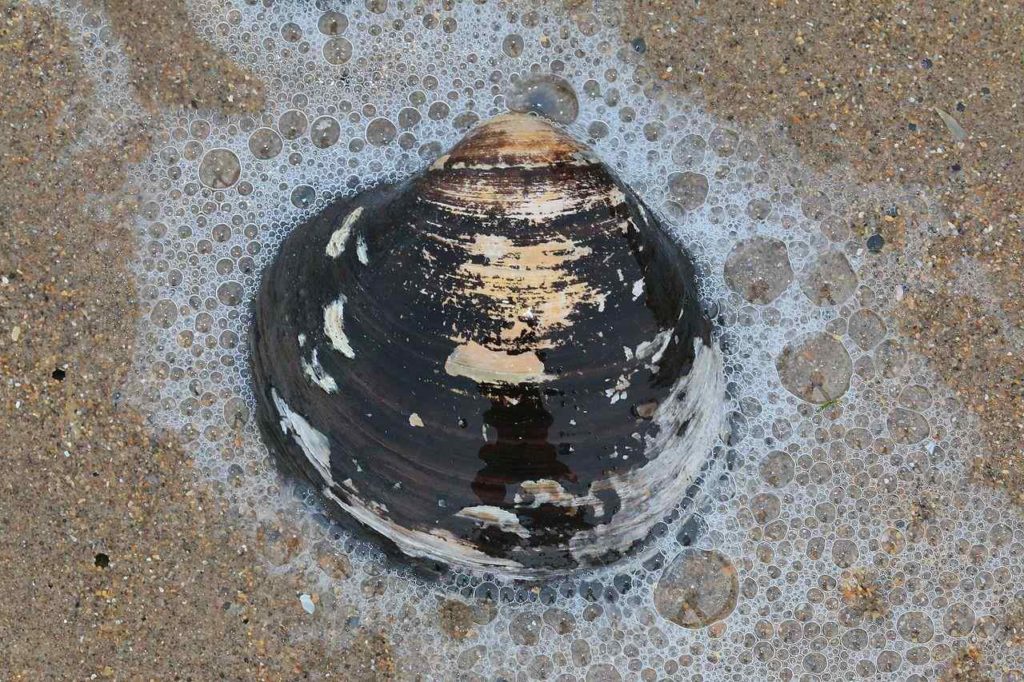 The Greenland shark is a species of shark endemic to the North Atlantic. Compared to other sharks, the Greenland sharks live deeper in the ocean and they practically eat anything. These sharks can easily live up to the age of 200 years old while a particular shark o this species was found to be 400 years old, making it the oldest vertebrate in the world! Scientists credit this exceptional longevity to their slow, sluggish growth because on an average they grow only around 1 cm a year and reach their maturity when they are around 100 years old. 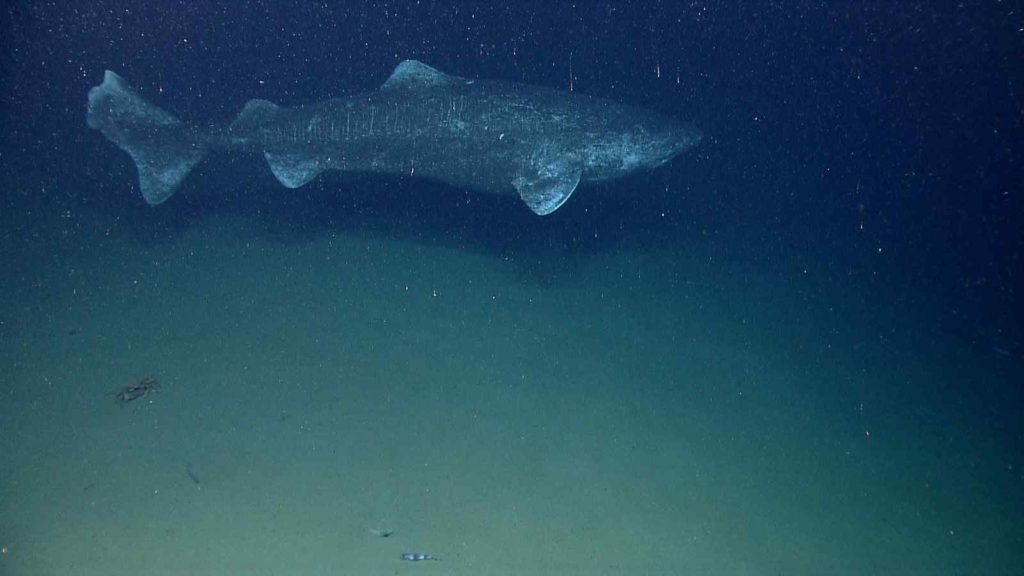 A new study conducted recently has discovered that the red sea urchins are among the longest living animals on Earth. Found in the shallow waters of the Pacific Ocean along the west coast of North America these small, spiny invertebrate can live up to 100 years while some may even live to be 200 years old. In fact, an individual red sea urchin born in the year 1805 is believed to be still breeding to this day! 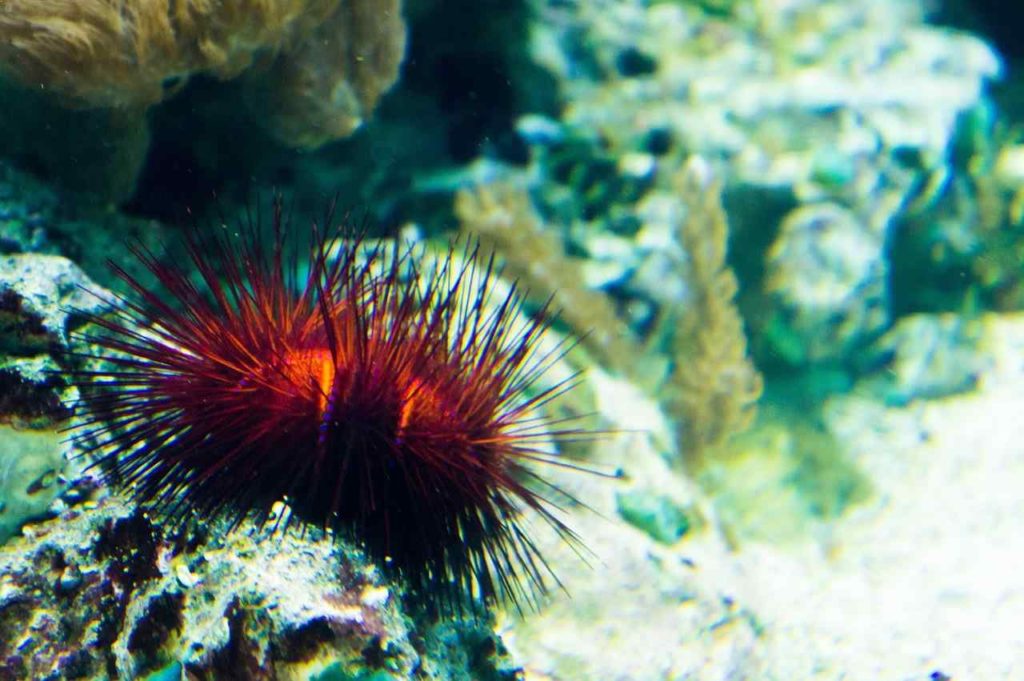 Bowhead whales are the second largest mammals, second only to the gigantic blue whale. The average lifespan of the bowhead whale is around 200 years. While humans may be old for one hundred years, these whales are only middle-aged by then and still have a lot of years to live. Some bowhead whales were found with harpoons still lodged in their flesh which was dated back to over 200 years old! The oldest known bowhead whale was believed to be at least around 210 years old. 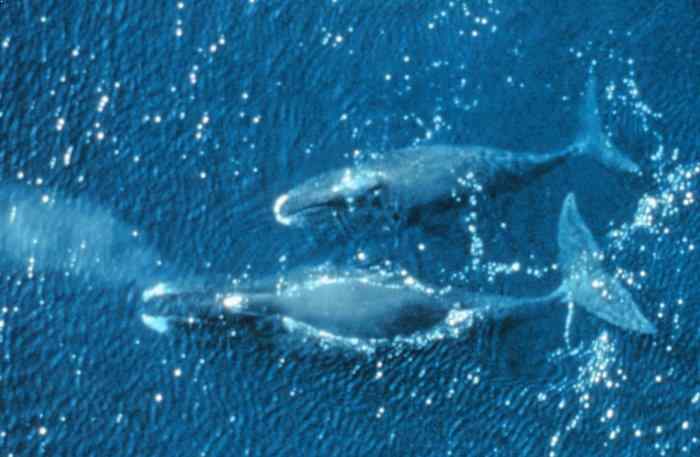 One of the endemic animals of Galapagos islands, Tortoises are considered to be one of the oldest living creatures on our planet. There was a particular tortoise named Harret, a Galapagos tortoise which lived to be 170 years old which died in the year 2006 due to a heart failure. These species of tortoise can easily for around 100 years. The average tortoise lifespan is believed to be around 150 years. People from all over the globe come to watch these magnificent, resilient creatures on the island of Galapagos.

The world’s biggest tortoise species can be more than 5 feet long and weigh 500 pounds or even more. It doesn’t eat much and mainly feeds on grass and nibbles on a cactus, however, because of the slow metabolism it can go for up to a year without eating anything at all. Also, they have the ability to store gallons of water in their bladders and it helps them from drying out during droughts and hot weather. 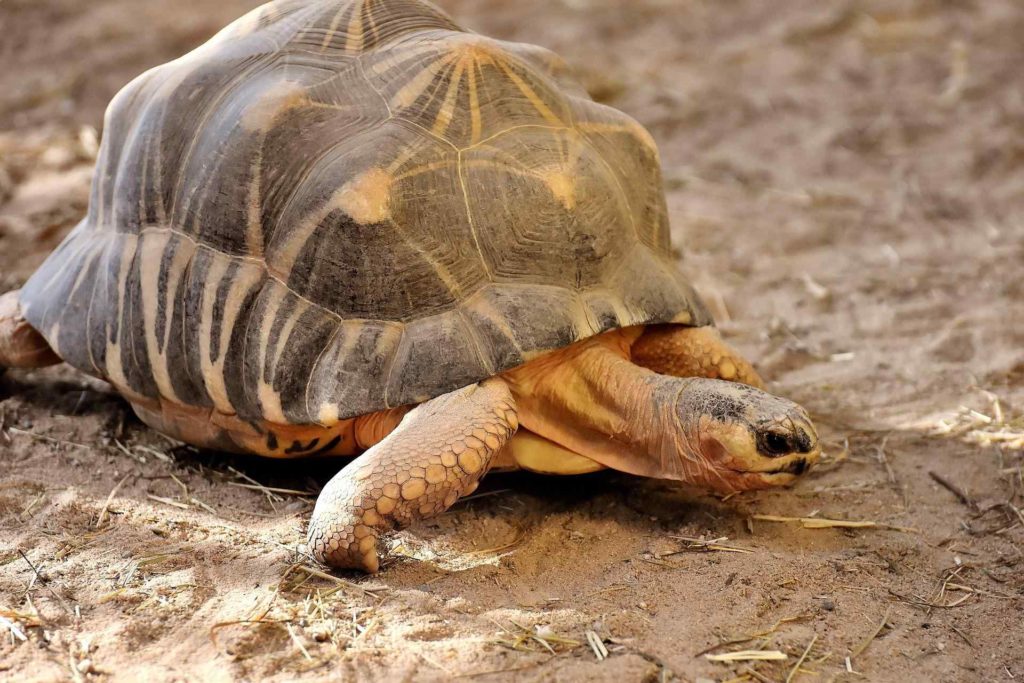 One of the most colorful birds, Macaws are long-tailed, colourful parrots that can live up to 80 – 100 years, while their breeding age ranges from 25 – 30 years. But unfortunately, these birds are considered an endangered species in the wild and at a few places, these wonderful parrots are considered to be even extinct due to the destruction of their natural habitat and also due to illegal pet trading. It is also listed as one of the most beautiful parrots in the world.

It belongs to the Parrot Family and the Hyacinth Macaw is the largest of all parrots and has a wingspan of approximately 4 feet. Total, 20 species of macaws exist and most of them are listed in categories of endangered and critically endangered. The bird species are long-lived with a lifespan of 60 years in the wild. The birds are social and love to stay in flocks of up to 30 birds. 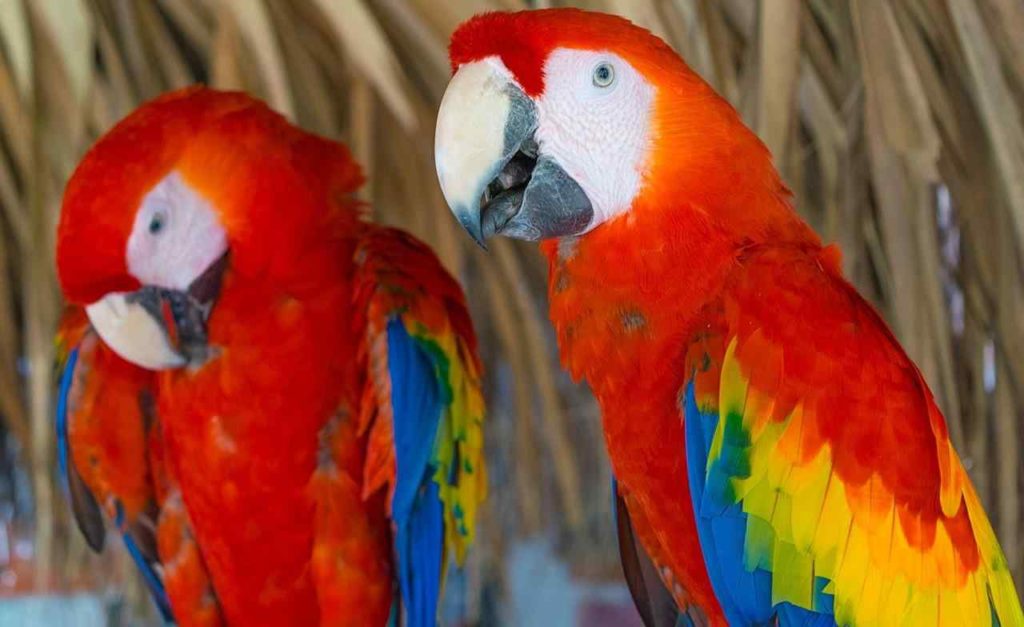 Scientifically known as Loxodonta Africana, The African Elephants are herbivores and eat over three hundred pounds of food daily and spend most of the day (18 hours) searching for food such as grass, plants, and bark to eat. Africa elephants are very thirsty and it is believed that they drink two hundred litres (52.8 gallons) of water at a single time. The eyesight is average, however, they have a good sense of smell and hearing. 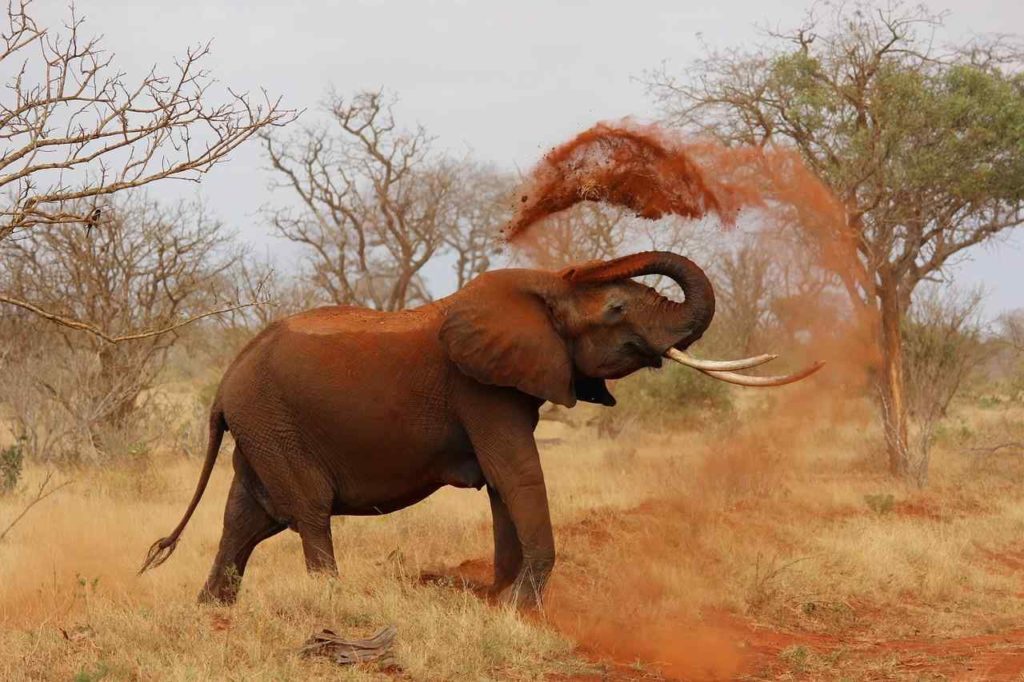 Eels generally live a long life but a particular species called the Long Finned eel tops the list. While eels have an average life expectancy of around 60 years, the oldest eel is the long-finned eel living for up to 106 years! The scientists have discovered that just like the Greenland sharks, the secret to the longevity of eels is the fact that they grow extremely slow.

Talking about the appearance, it has a dark colouration and the skin is silky and soft that can be easily damaged. It absorbs oxygen through the skin allowing them to travel on moist land. It can grow upto 1.2 m in length, however, 2 m eels are also spotted. The prey includes small fish, fish eggs, mice, ducklings and also carrion. The population is decreasing continuously because of commercial fishing. 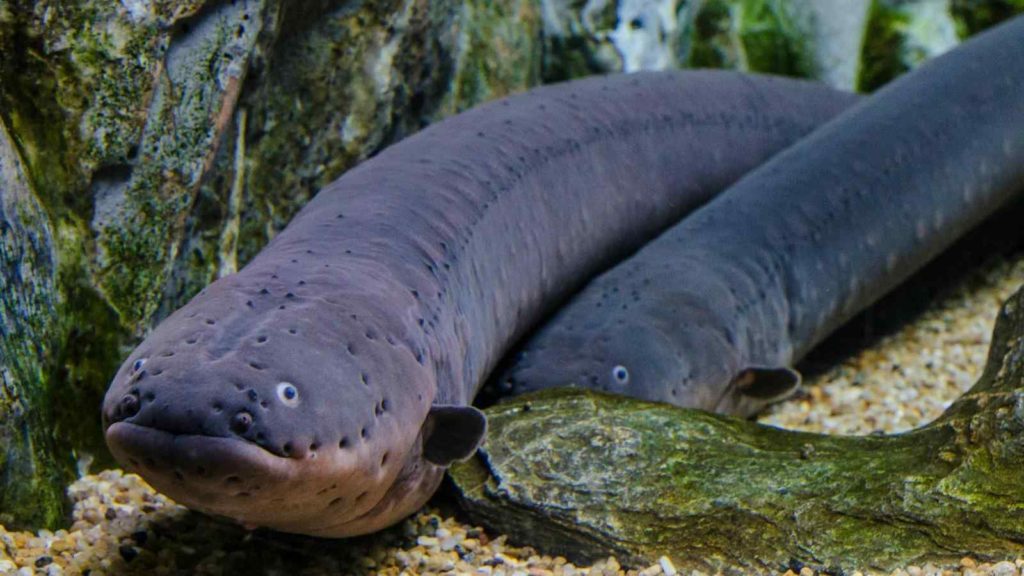 Koi fish is the domesticated variety of the common carp. The general life expectancy of these fishes are 25-30 years but it is believed that amazingly, some fishes of this species have reached ages over 200 years old! A famous Koi fish in Japan, named ‘Hanoko’ died in 1977 and a deep study of the growth rings on its scales proved that it was 226 years old!

The fish can reach upto 3 feet in length and it depends on the living conditions of the species. Also, the colour of fish depends on the variety and can be white, black, blue, red, cream and yellow in colour. People of Japan consider fish as a symbol of wealth, prosperity, love and successful career. The omnivorous animal loves to eat different kind of fish and their eggs and sometimes watermelon and peas. It easily recognizes the person who feeds them and can be trained easily from his or her hand. 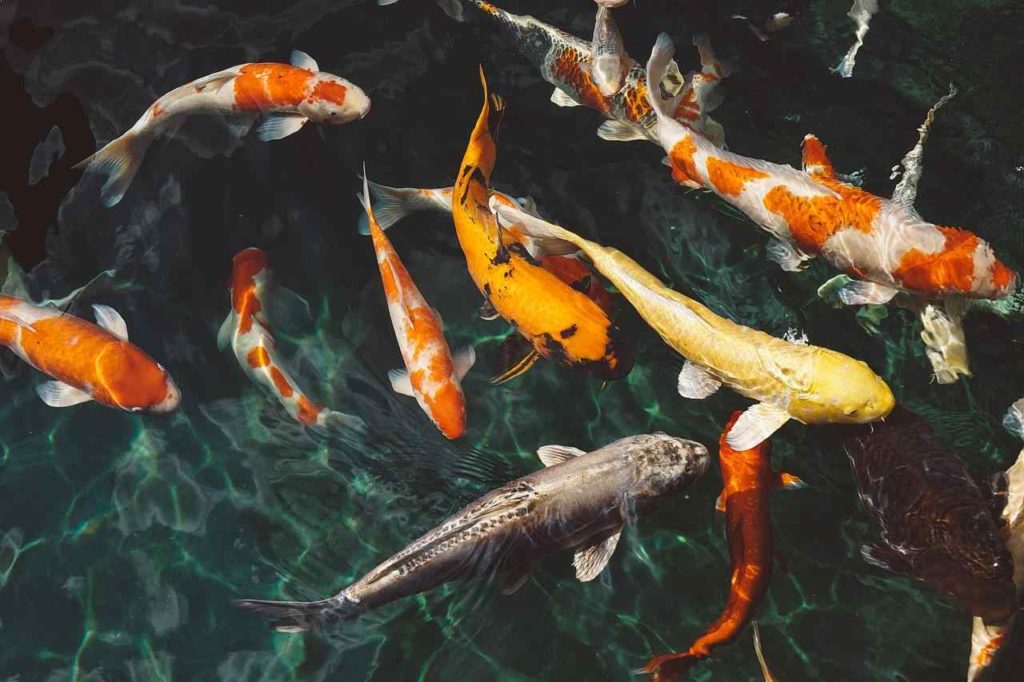 The rougheye rockfish is one of the longest living animals (marine fishes) that can live upto 205 years. It was first discovered in the Aleutian Islands and also known as the black throat or blacktip rockfish in the fishing industry. It is identified underwater when it appears pink, brownish or tan along with loose patches of brown or bronze that can be seen underwater. The fish species can grow upto 32 in or 80 cm, howvever, 97 cm long rougheye rockfish has also been identified.

It is mostly seen from San Diego to the Aleutian Islands and the Bering Sea to the Kamchatka Peninsula and Japan. The species loved to be at a depth of 83 ft. to 2,416 ft and favourable temperature where they can survive can range from 31.4° F to 40.8° F. It loves to eat pandalid shrimp, while they also feed on crab, fish, gammarid amphipods, and mysids. They refer mating during the winter season and during spawning, the female released the larvae from egg-filled ovaries and it is mostly seen between February and June and sometimes between October and January. 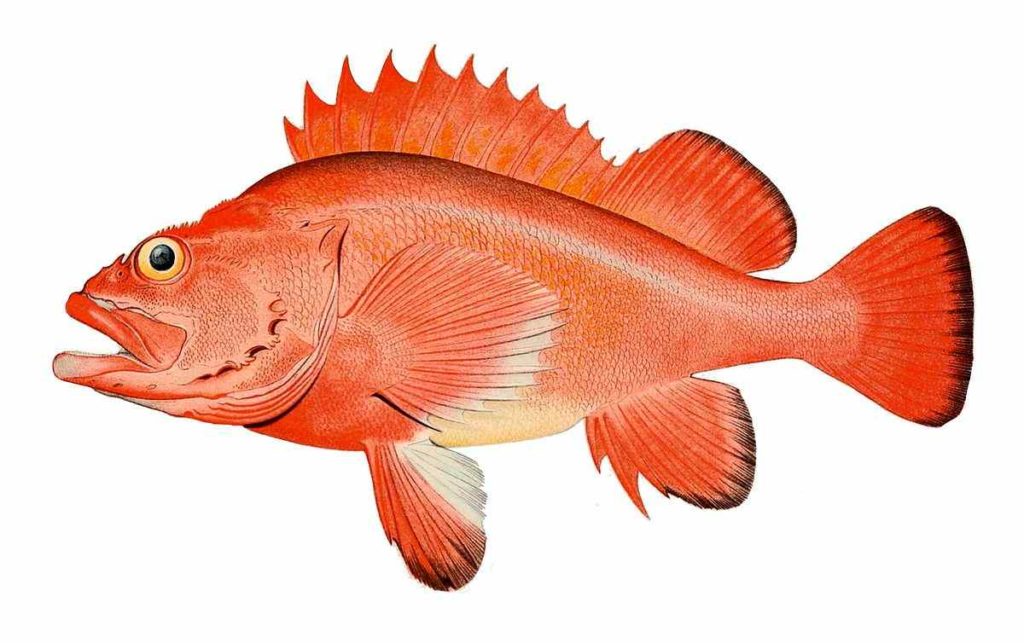 The deepwater marine fish were mostly seen in the North Pacific Ocean, however, their range covers both sides of Pacific ocean i.e it will start from Japan and extend to the north and east across the Bering Strait to Alaska and then to the south to California.

The species loves to thrive in rocky areas that have continental slope mostly near the boulder fields or on the cobbled bottoms at a depth of approximately 25 and 900 metres. Talking about the appearance, they have a short and stocky body that comes with a large head. They have a sharp dorsal spine along with long and flat fin on the backside. One of the longest living animals can live upto 120 years.

One of the largest species of tortoise mostly seen in the Aldabra island in the Indian Ocean. The giant tortoise can reach upto 3 to 4 feet in length and weighs approximately 350 to 500 pounds. Currently, it is one of the largest species of tortoise on the planet because of the lack of predators and living in isolation for thousands of years. Talking about the appearance, it is dark grey or black coloured. The head is rounded and has a very long neck with stubby legs covered with bony scales.

The species has an important role in the ecosystem where it creates new pathways when it is in search of food making it useful for other animals as well. The mating season of the species takes place in between February to May. The species can survive upto 255 years, however, the average age noticed was 80 to 120 years. 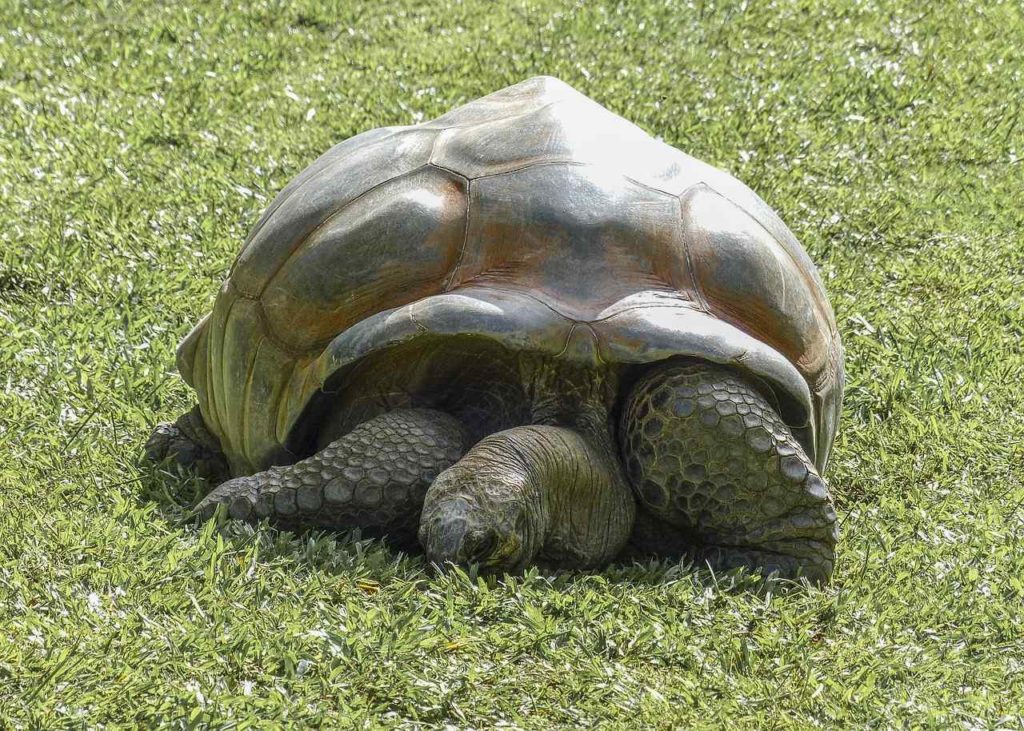 One of the types of primitive fish mostly seen in the large rivers and lakes in North America. It is believed that the Lake sturgeons coexisted along with the planet with dinosaurs. The species can reach upto 3 to 5 feet in length and weighs approximately 10 to 80 pounds of weight. Talking about the appearance, it is mostly seen in brownish-grey or olive-brown back colour and has a torpedo-shaped body with a shark-like tail.

It is carnivorous in nature and loves to eat mussels, leeches, crustaceans, small fish and snails. The mating season of the species is mostly during the May and June where both male and female migrate towards the shallow waters with gravelly bottoms. The lifespan of the Lake sturgeon depends on the gender and it is believed that Lifespan of lake sturgeon depends on the gender where Males can survive 65 to 90 years, however, females up to 150 years. 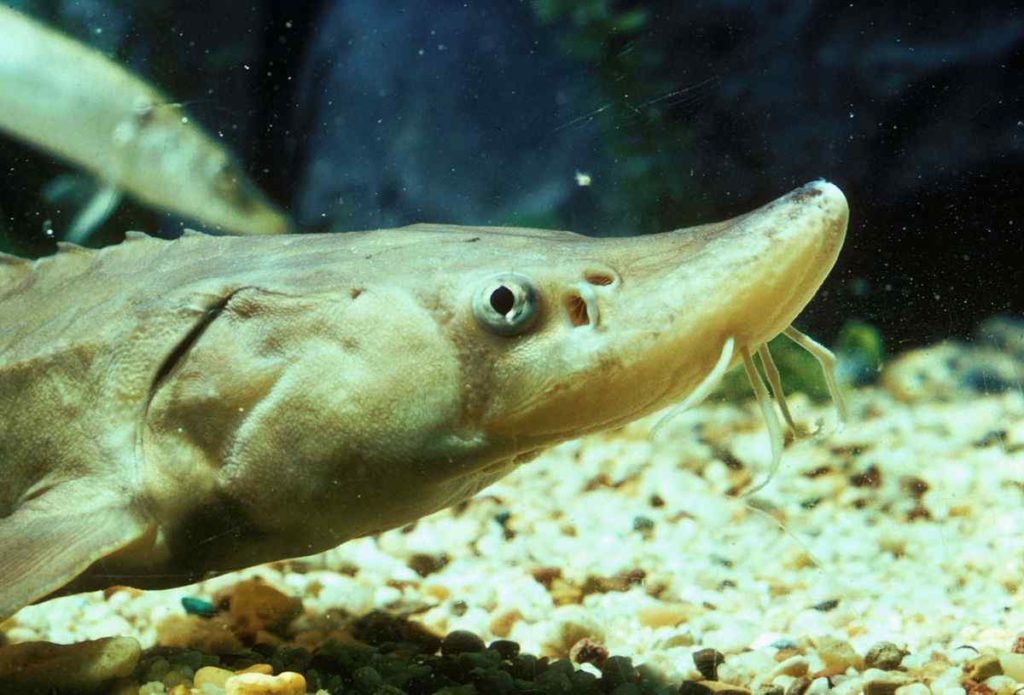 The species were mostly seen in the Eastern Atlantic Ocean, Western Pacific Ocean, Eastern Pacific off Chile and Indo Pacific. It is mostly seen at a depth of 590 to 5,910 ft and also called by different names such as Red roughy, deep sea perch, slimehead, rosy soldierfish, range roughy and orange ruff.

Talking about the appearance, it has a Round and large head with the compressed and oval oblique mouth. The eyes are pretty long and they can grow upto 75 cm (30 inches). The whole body is round and compressed and oval shaped. The mating season of the species occurs between June and Early August and it can grow upto 149 years and hence it is listed as one of the longest living animals in the world. 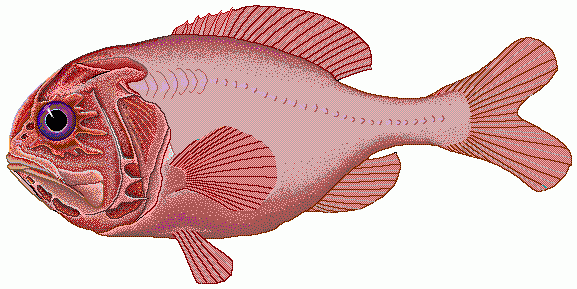 So, there it is! The Top 15 list of the longest living animals. What do you think of these amazing species? Let us know in the comments!