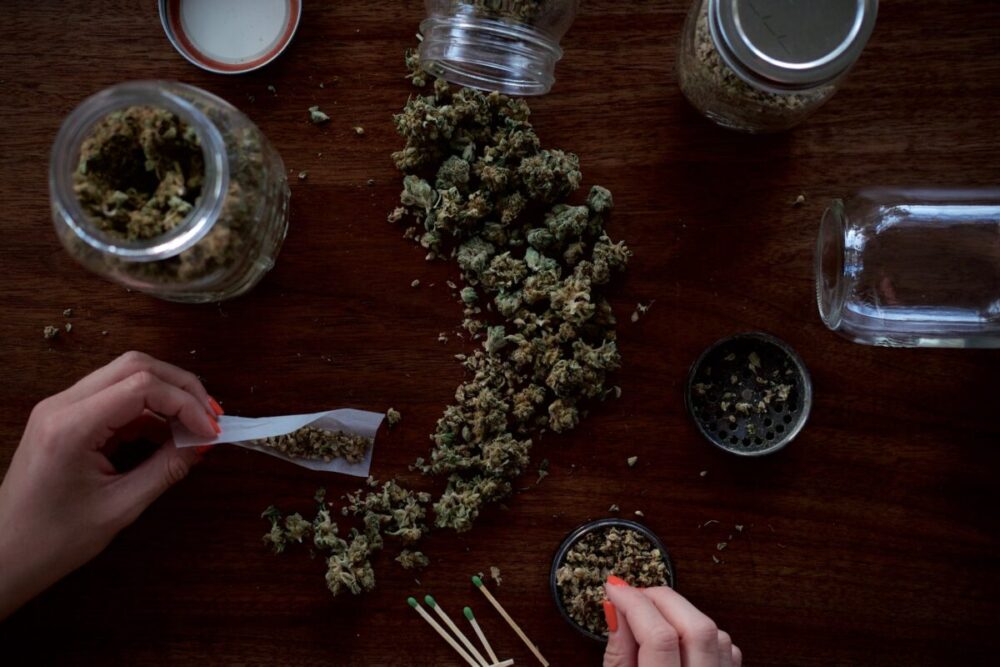 A chemical called cannabinol is found in cannabis plants. Cannabis prevents phlegm formation and is also gallbladder. Science has also confirmed this. Yes, if you take too much cannabis, then obviously it will harm you. But its proper dose will save you from a thousand diseases. Because of its adversities, it is banned in numerous countries.

Selling and buying marijuana is legal in Canada, Georgia, South Africa, and 11 states. Simultaneously, the use of cannabis as a medicine is legal in about 24 countries such as Germany, Netherlands, Cyprus, and Greece. However, before changing the existing law in Nepal, this proposal has to be debated in Parliament.

Legalizing psychoactive drugs has long been an important part of the liberal political agenda and has led to much debate. It is considered legal in countries such as Canada but hanged when caught with marijuana in Singapore and China.

Is marijuana legal in these countries? 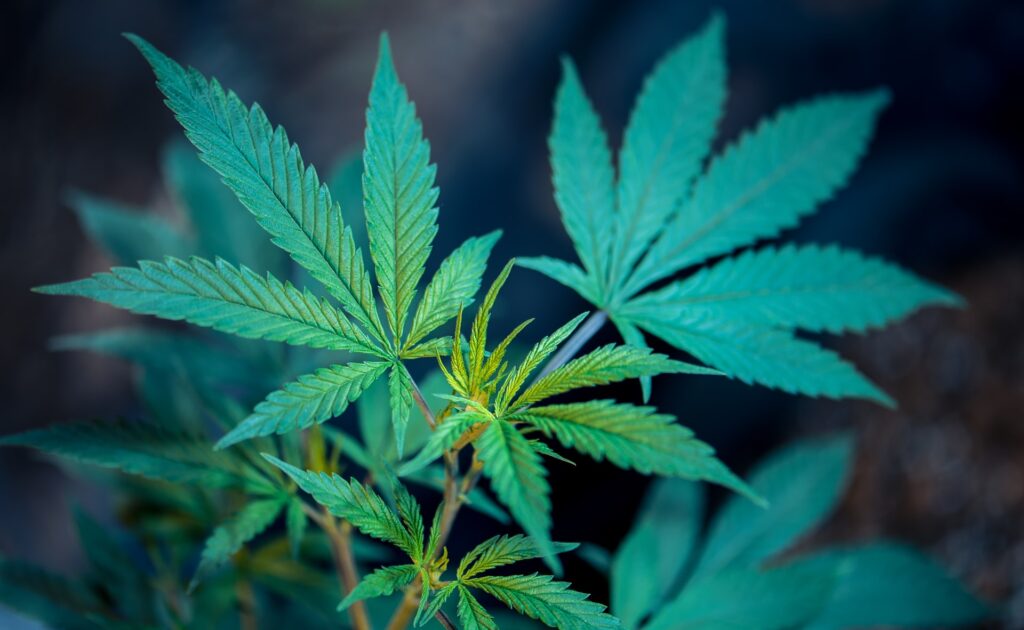 Uruguay: It is the first country in the world to sell cannabis for non-medical purposes legally. The government has taken this step four years after the law approving the business of cannabis in the country.

There are two types of hemp for customers to choose from. They have been named Alpha One and Beta One. Hemp sold at pharmacies is supplied from government-monitored farms. Under the new law, people have been allowed to grow the hemp at home for personal use.

Canada: Selling or consuming marijuana in Canada is no longer illegal. The Canadian Parliament passed this bill in June 2018, and since October 2018, it is not lawful to sell it in Canada. 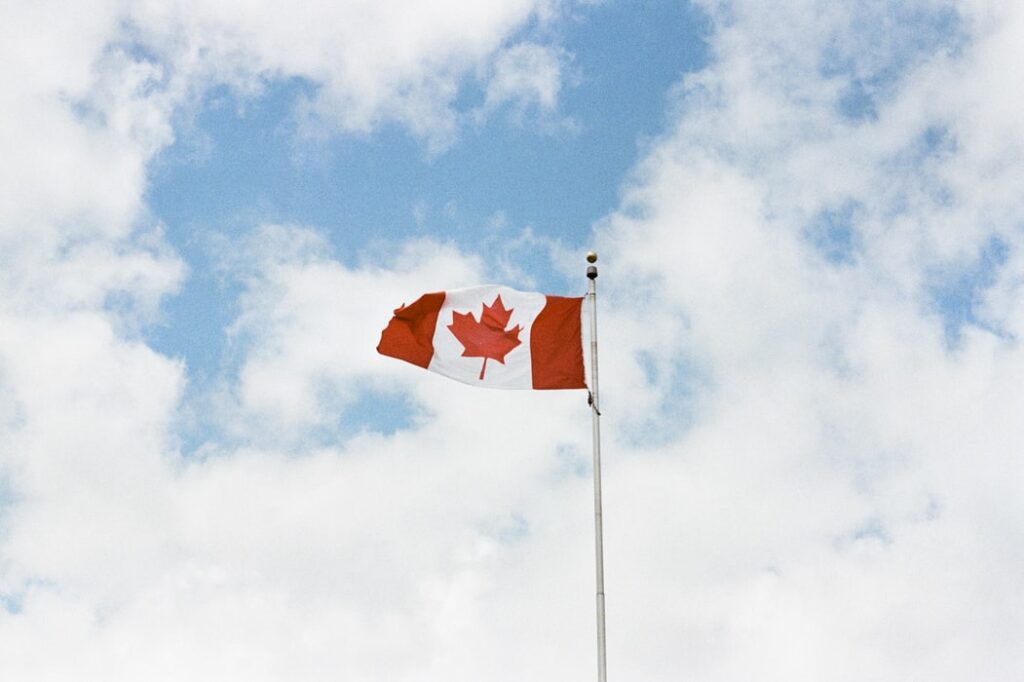 Prime Minister Justin Trudeau says that the use of cannabis will be legalized in the country soon, and the move will reduce organized crime and keep the country’s youth safe. The Parliament of Canada approved a bill to legalize marijuana y. After the law comes into force, Canada will become the second country in the world to legalize the use of cannabis. Trudeau says provincial and territorial governments need time to prepare for retail. A committee formed for drug use has suggested that adults should be allowed to take 30 grams of cannabis along with four hemp plants in Canada. The prime minister said we hope that the hemp will be available in the retail market soon. Earlier, Uruguay was the only country where the legal use of cannabis was legal.

India: Marijuana is an intoxicating thing, so it is banned in India. Similarly, it is illegal in many countries to consume or sell it. Due to this, it is the most black-marketed product, and people earn a lot of money by selling it in black or illegally.

Hemp (Cannabis or Marijuana) is a drug made from different types of cannabis plant. It is used as a psychoactive drug. Hemp is most commonly made by drying female hemp plants’ flowers and the surrounding leaves and stems.

So from these four lines, you must have understood that marijuana is a domestic narcotic, and it is considered illegal to consume it in India. 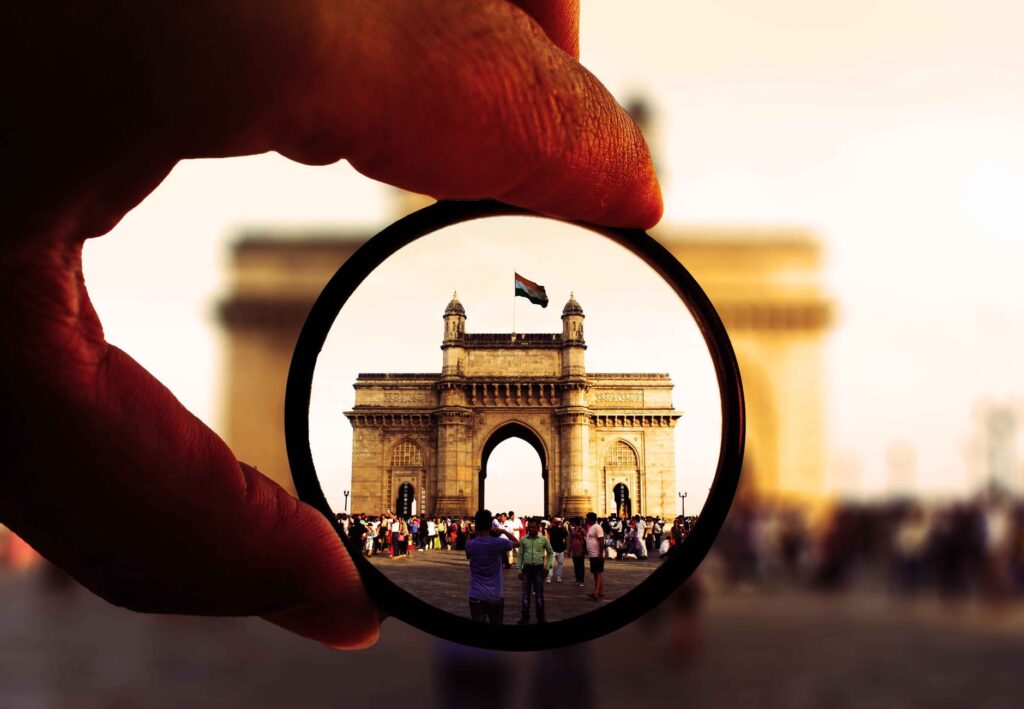 America: The use of cannabis is legal in 9 states of America and the District of Columbia, Canada, which is applicable in some states of America, but Canada has become the largest country in the world to do so as a country. There are intellectuals, professors, celebrities, and people all over the world who want to get marijuana, weed, or marijuana out of the purview of illegal drugs. According to a report, 60 percent of people in the US are in favor of legalizing marijuana. You can find dispensaries in Colorado here.

Nepal: By the 1960s, hemp and other intoxicants were sold legitimately in Nepal. At that time, Nepal was called the country of hippies. Be it shops or tea carts; hemp was available everywhere. But in 1976, under the Narcotic Drugs Control Act, banning and selling marijuana was banned. This law has a month jail provision for the users and ten years of punishment for smugglers. Hemp has been used in Nepal for generations.

Thailand: It is the first country in Southeast Asia to make medical use of marijuana. Thailand’s interim parliament has voted to allow marijuana (hemp) for medical use and research. This country is known for its previously strict punishment against narcotics and strong punishments against drug-related offenses. 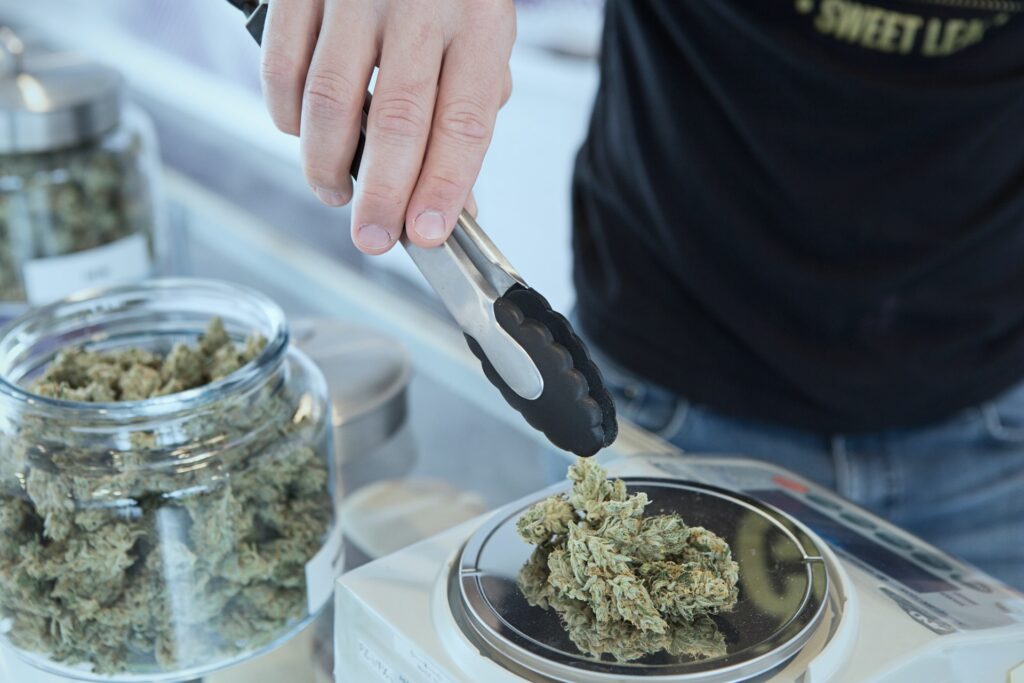 Freedom from pain: It is said about THC that it is addictive. Simultaneously, researchers have used CBD as ointments, lotions, and food medicines, which help relieve pain.

Studies have shown that CBD has an effect on the body’s endocannabinoid system and relieves irritation. It also relieves nausea and vomiting that occur after cancer treatment. 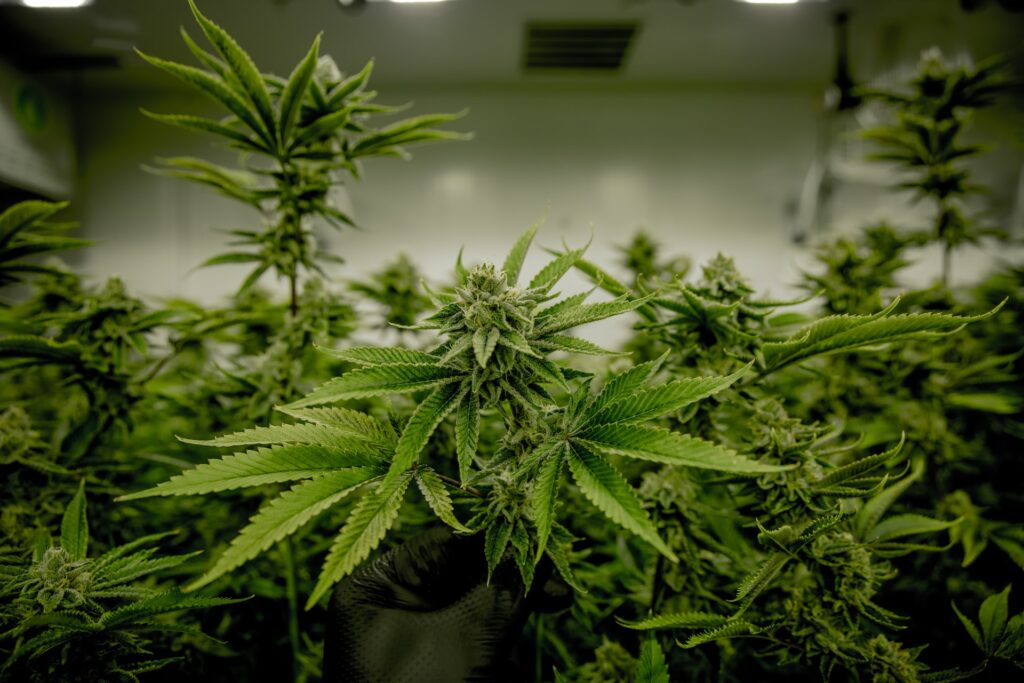 Post-traumatic stress disorder is a condition in which people who have gone through traumatic experiences such as domestic violence or rape go into chronic memories and worry. PTSD patients do not sleep. The bad memories keep haunting them in dreams.

Now researchers argue that TSH of marijuana can reduce REM sleep. REM is the sleep in which we dream. If dreams do not come, bad memories will not disturb you. In this way, people can forget their past tomorrow and sleep comfortably throughout the night.

Dravet syndrome is a type of severe epilepsy that afflicts newborns. In this, the body gets clogged with fever. Its effect stops the mental development of the newborn. The main objective of this treatment is to reduce the body’s stiffness and prevent the condition of people with epilepsy. 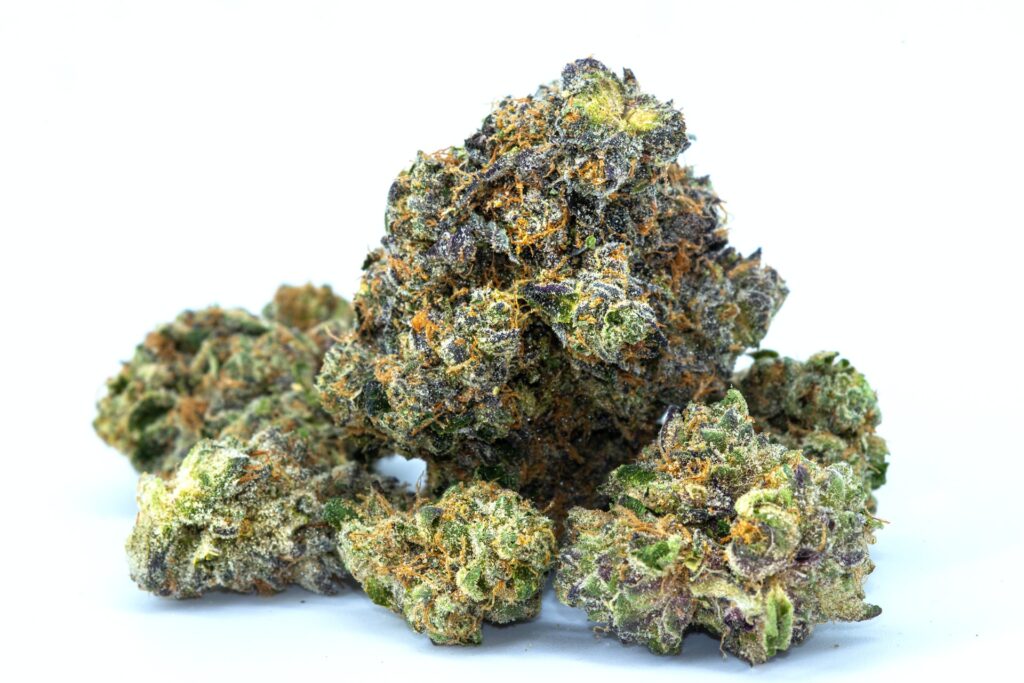 According to scientists, it is possible that TSH can increase the sense of consciousness. In July 2018, researchers from the Development of Integrative Physiology and Neurosciences at Washington State University used vapor of marijuana to increase mice’s appetite in the lab.

Apart from being highly intoxicating if taken in huge amounts, this drug has numerous benefits that can help to treat a bunch of diseases. With so many benefits, it should definitely become legal around the world.