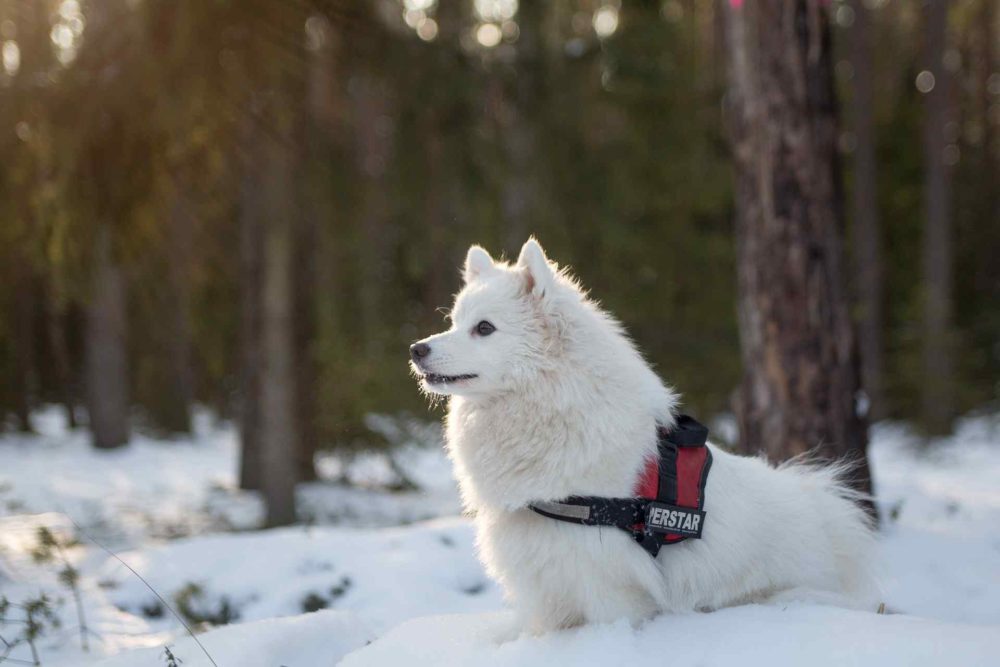 The Japanese meaning of Japan is “Nihon” or “Nippon” and literally means “sun-origin” and famous as the Land of the Rising Sun. Just like the country is famous across the world for its traditions, the dogs of the country are also popular in the world like Akita Inu become popular because of the intense loyalty towards his master, he waited 9 years every day for his dead master until he died and became a symbol of loyalty to the people of Japan and in the world. The movie named Hachiko has been made on the same real story of the dog. Let me list down, 10 popular Japanese dog breeds you should know about,

Akita Inu is a dog breed that originates from the from Akita province in the northeastern parts of Japan and belongs to the Spitz family. One of the most beautiful dog breeds has been created in the 1600s and it is only restricted to Japan until the Second World War. The breed has been brought to the United States by the deafblind writer Helen Keller who got the breed as a present from the Japanese government. Now, the Japanese dog breed can be seen across the globe. The dog breed primarily serves two purposes that include guard dogs used for hunting and as a pet like domestic animals.

Talking about the breed, it can reach upto 24 to 28 inches in height and weighs approximately 70 to 130 pounds. The body has a double coat that can vary in colours like red, white, brindle, grey or black-coloured. Now, we have two Akitas namely Japanese and American. The American one has a broad head with small triangular eyes, however, Japanese Akita has a fox-like head and almond-shaped eyes. The breed loves to carry toys and various items in the mouth and it can bring newspapers or slippers on request. The average lifespan of the breed is 10-12 years. It is one of the most popular Japanese dog breeds in the world. 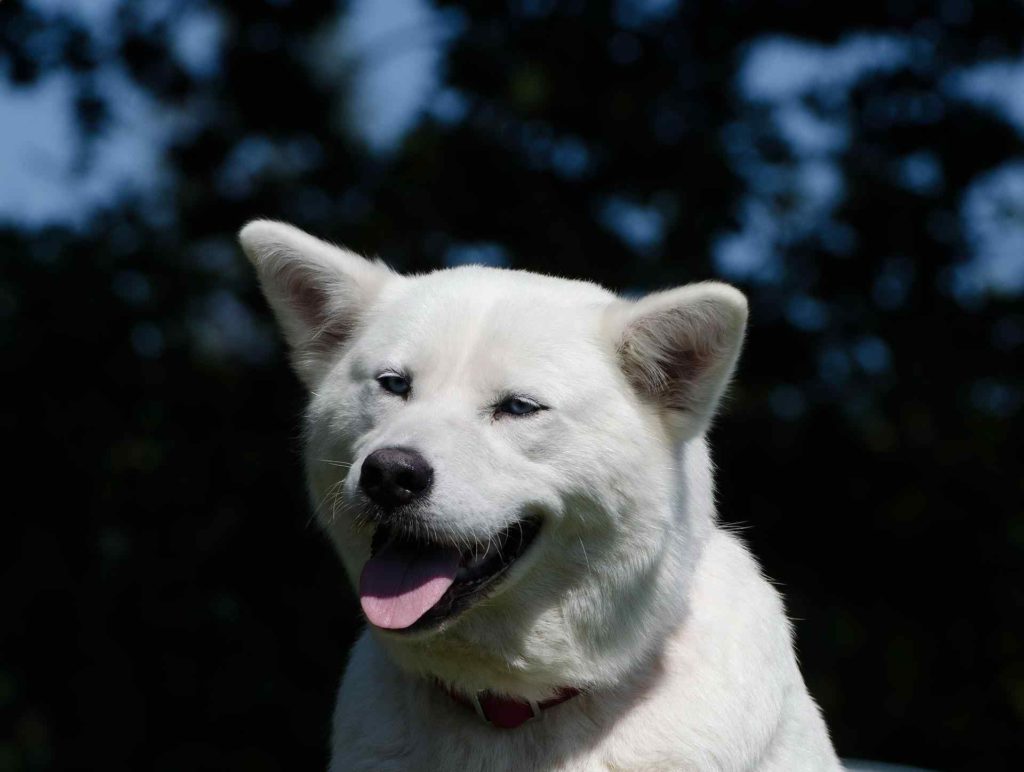 Similar to Akita Inu, the American Akita is a pet breed that belongs to the mountainous northern areas of Japan. The American Akita is considered to be more robust and pretty longer and larger than the Japanese Akita. American Akita can be classified by the large and bear-like head, however, the eyes are tiny and deeply set in the triangular shape. Both types of breeds have pointed ears, muscular body and strong legs with slightly webbed feet and curled and upturned tail. The dog breed is known for its stubborn and determined nature, however, it required to respect and patience from its owner. The breed is very loyal, courageous and affectionate and one of the best guard dogs because it is very suspicious toward strangers. 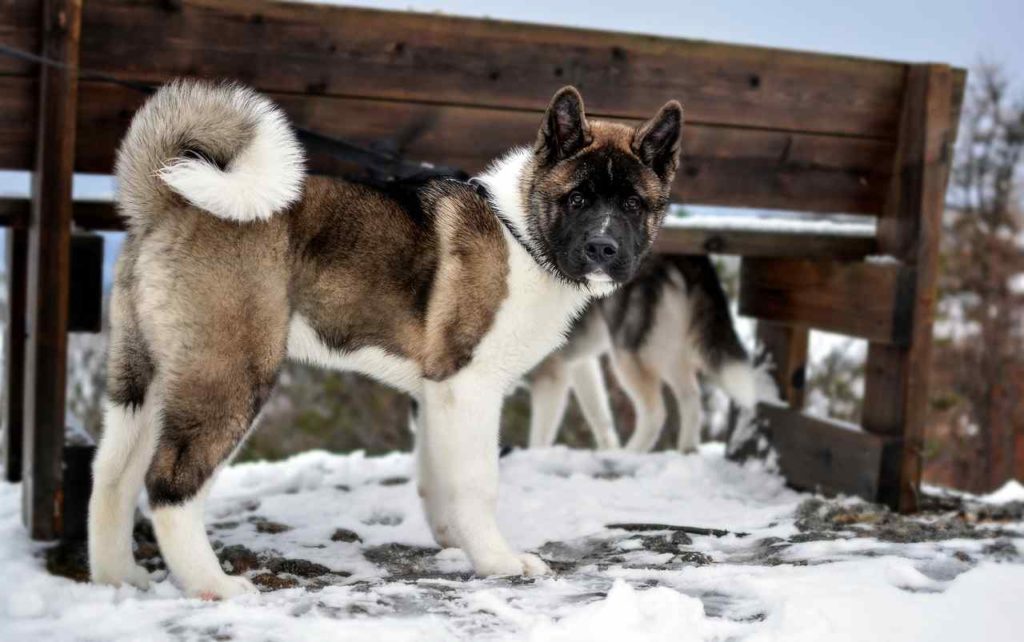 One of the beautiful Japanese dog breeds looks similar to foxes with pointed ears, black noses and red coats. The breed is one of the lovable and adorable across the globe, however, they are new to the United States making tier entry in 1954. The current breed is a mixture of Jomon-jin people’s dogs and a new immigrant who came in 300 B.C. Initially they were used as a hunting dog, however, earlier they are used to hunt large animals but now only on the smaller game.

The first companion dog of Japan and considered as oldest and smallest of Japan’s dogs. ‘Shiba’ means ‘brushwood’ and brushwood is a type of tree that turns red in autumn and it is believed that the breed is named after the tree because the most common type of Shiba Inu is reddish in colour. Sometimes it is also known as ‘Small Brushwood Dog’. The breed has many qualities similar to cats because they are independent and bold and are little difficult to train. 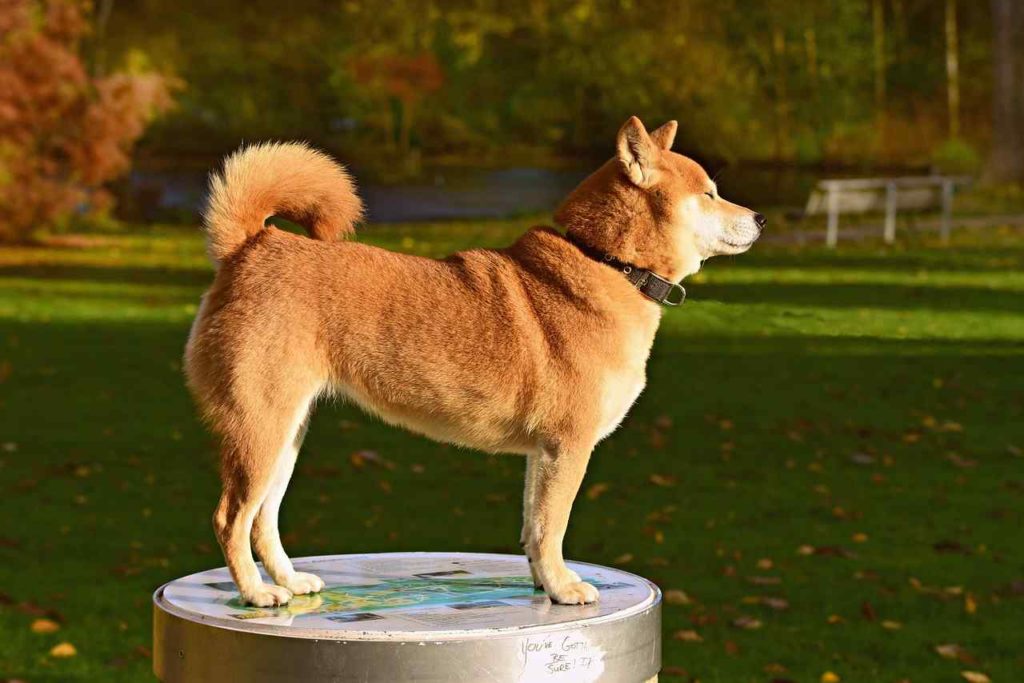 Additionally known as Ainu Dog (Ainu Inu) originated from the Hokkaido Prefecture located in Japan. It is believed that the breed id oldest and primitive among all Japanese dog breeds in the world. The medium size dog breed developed for hunting. Talking about the appearance, it has a broad and flat forehead with a wedge-shaped muzzle and small triangular eyes.

The breed is famous as a hunter, guard, and protector. The loyal dog breed is at the same time very well mannered and widely used for as scenting hounds, however, training needs to be provided. The master needs to be taken care of training because the breed can become aggressive and stubborn. The Japanese Spitz was named after Ainu Tribe which came to Jas ago and brought the same breed with them. 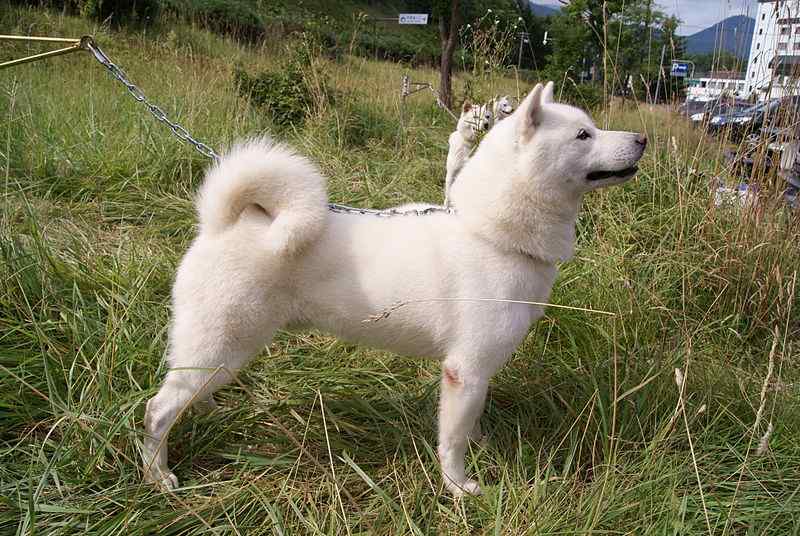 The medium-sized Japanese dog breed has a double coat with a thick and soft undercoat. Talking about the appearance, the coat is mostly white in colour but sometimes it comes in sesame or red colour. The nose is usually black, however, it can be brownish or pink as well. The head is broad but the ears are inclined forward towards the smaller side. The breed looks very similar to Shiba Inu, Akita Inu and Ainu Dog.

The breed is a brave hunter and a family dog too. They are very loyal to their owners and known for their strong prey drive and can hunt small animals. It can cop up with other dog breeds, however, if they are being raised a puppy but sometimes due to their pack instincts they can be put into a fight for dominance. Overall, the Japanese dog breed headstrong and willful but proper training is required. The breed will be fully devoted to the family and treat children very well. 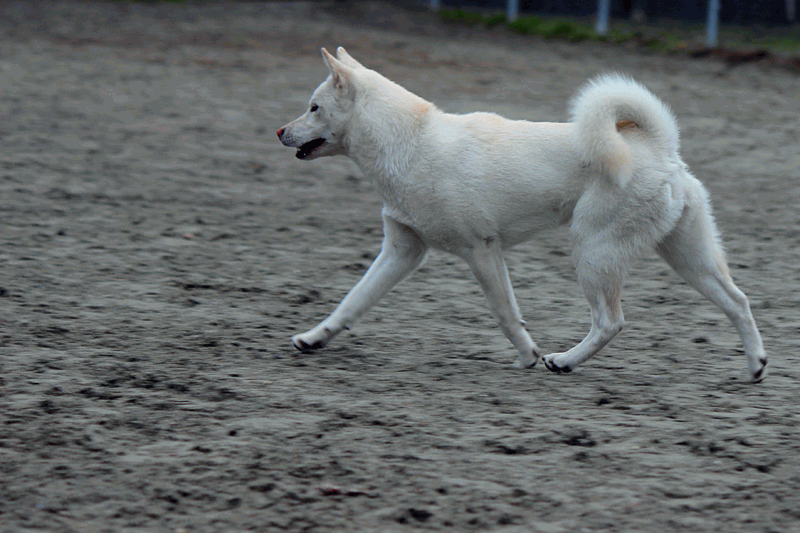 Additionally known as Kochi-ken, Mikawa Inu & Japanese Wolfdog belongs to the northern breed. The temperament of the dog is Agile, brave, cautious, energetic, intelligent and loyal with a lifespan of 10 to 12 years. The breed can grow upto 7-21 inches and weighs approximately 35-50 pounds. It is mostly seen in black, black with tan and cream colours. The breed is not exactly an indoor dog instead love outdoor activities, however, they did not feel happy without owners. The breed does best with a good amount of exercise and it needs to be taken for on a daily walk or jog.

Talking about the appearance, the breed has a double coat that can be sesame (red or black), cream and mostly light brown, a light red-brown, or a light black-brown. The breed sheds its coat at least once a year and a fairly thick coat with pointed ears and a curved tail. The breed is very loyal and submissive to its owner, however, it does not like strangers. The Shikoku is also known as the Kochi-ken “ken” or “inu,” which means dog in Japanese. 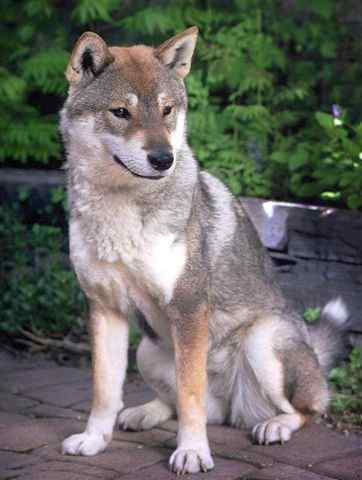 Also known as Karafuto-Ken and used as a sledge dog, The Japanese spitz looks similar to Akita Inu with small and pointed ears. The breed became popular across the globe after the movie Nankyoky Monogatari which is based on two Sakhalin Husky named Taro and Jiro that became heroes after surviving in Antarctica for a year with practically no food. It is one of the most popular Japanese dog breeds in Japan.

The medium size dog breed is nearly on extinction and used for pulling carts and sledges because the breed is very well suited for harsh snowy climates. The coat of Sakhalin Husky comes in Fine, thick hair and very dense undercoat and mostly seen Black, russet, biscuit & cream colours. It can grow upto 22-26 inches and weighs approximately 66-88 lbs. The average lifespan of the breed is 12 years. 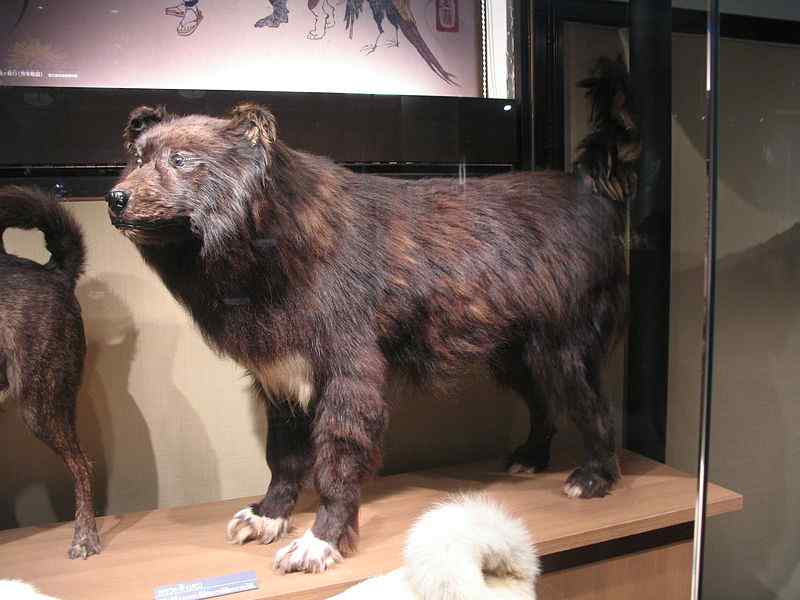 The small Japanese dog breed has an affectionate and Companionable behaviour and can grow upto 12-15 inches and weighs approximately 11-20 pounds. It can bear the cold weather, however, since it was bred as a companion dog it prefers to live in the house and are best suitable for the apartments. The breed is very good for kids because of its playful, energetic, and affectionate nature. It is also very friendly towards strangers. The breed should be combed regularly mostly when the dog is shedding, use a comb to remove loose hairs from the underlayer.

Talking about the appearance, the breed has an outer and inner coat, however, fur are shorter on the muzzle and ears and front of the forelegs and the hind legs. The triangular shape pricks ears usually in the stand-up position with a long tail that is heavily covered in long fur and carried over on the dog’s back. The breed is a descended from the larger German Spitz dogs and was brought to Japan in the year 1920 via Siberia and northern China. 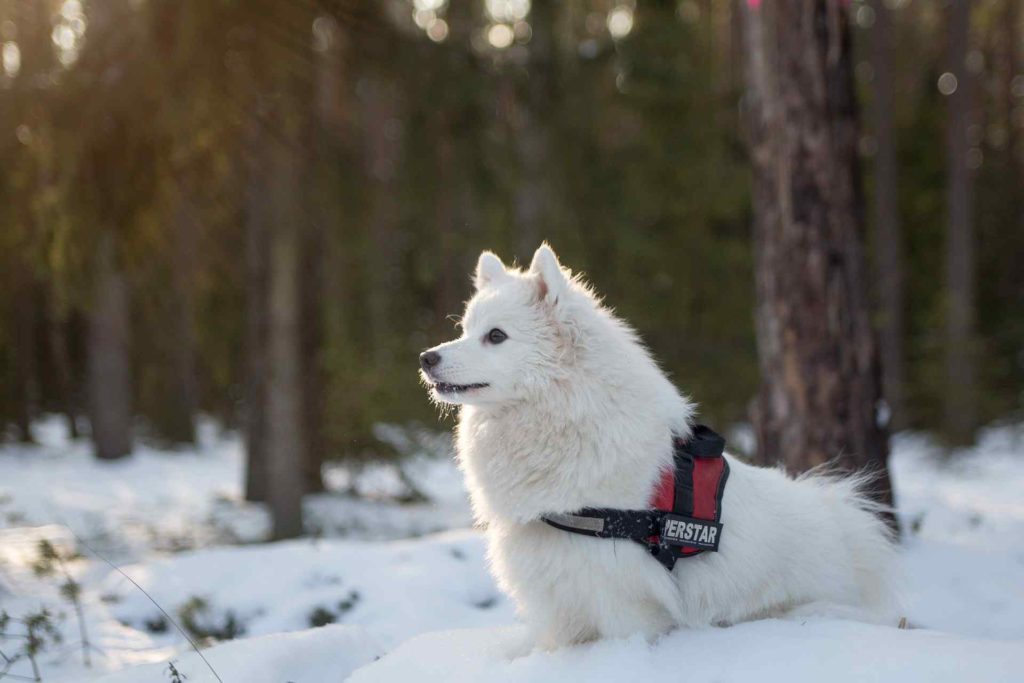 The medium sized dog breed can weigh upto 30-50 pounds and have an average lifespan of 15 years. The breed is highly intelligent and a quick learner just like other Japanese dog breeds. It is quite famous among Japanese people as a trustworthy guardian and extremely loyal to his master. The Kai is considered a “natural treasure” in Japan. It is very intelligent and easy train and gets along with other dogs.

Talking about the appearance, the medium-sized breed has a wedge-shaped head with a tapered muzzle. The shoulders are muscular and the thigh is considered to be very powerful. The breed has a thick tail with a double coat. It will be a wonderful family pet who is very affectionate and playful with family members and shows extra care towards children of the family. It is also known for its strong protective instincts and can be an excellent watchdog. 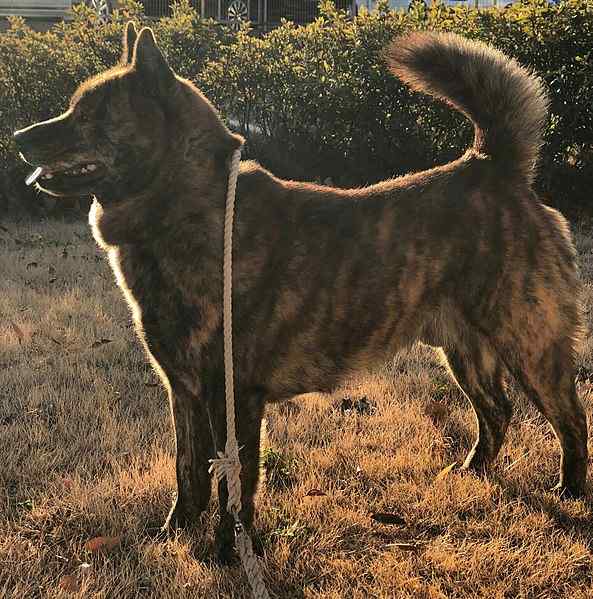 The breed is known for many names that include Tosa Inu, Tosa Ken, Tosa Tōken, Japanese Fighting Dog, Japanese Mastiff, Tosa Fighting Dog and Japanese Tosa. The crossbreed dog has an average lifespan of 10-12 years and can grow upto 22-24 inches. It weighs approximately 83-200 pounds and mostly appears in black, brindle, brown, fawn and yellow colours. It is known to have aggressive and brave among the owners. It requires enough exercise and relatively inactive indoors.

Talking about the appearance, the breed has a large and broad head with a wrinkle on the head mostly when the dog is alert. Ears are of medium size and it always set high giving it the appearance of a massive but dynamic and flexible athlete. This breed originated in the second half of the nineteenth century and started from the native Shikoku-Inu with a resemblance to the European Spitz. 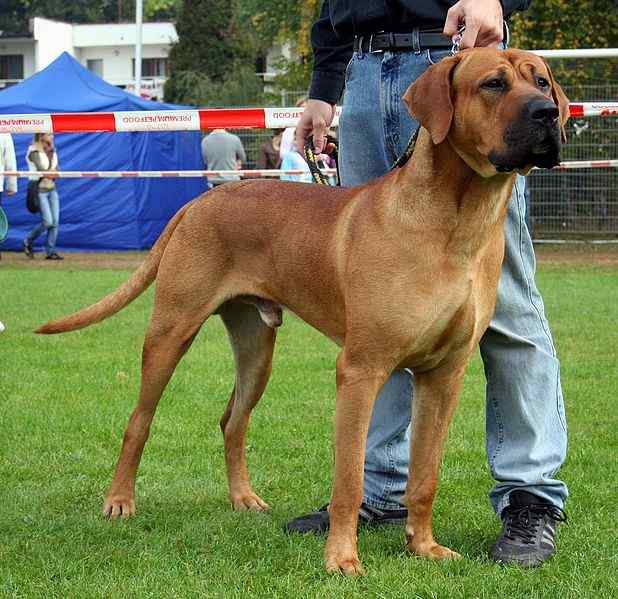 These are the 10 Japanese dog breeds in the world. Do post your comments.