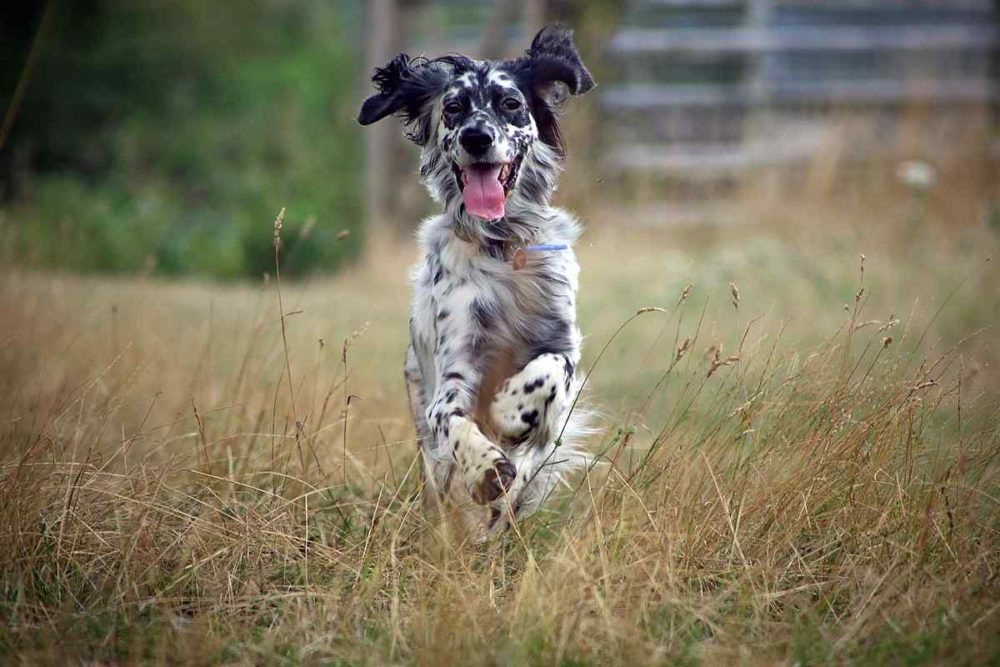 During the onset of canine domestication, It is belived that the dogs and humans have been successful hunting partners, however, not all dogs do the job, as they are some breeds that have invaluable energy, characteristics, sense of smell and qualities that come in some of the huntin dog breeds when you want to hunt and gather prey. While you are planning hunting with the Dog, you must be aware about some of the best hunting dog breeds. Here are the top 10 hunting dog breeds in the world,

The large gun dog belongs to the group of Sporting Dogs and considered as the best hunting dog breeds in the world. The breed originated in the city of Weimar in Germany where it was created in the 19th century with the help of four dogs named as Bloodhound, English Pointer, German Shorthaired Pointer, Great Dane and Huehnerhund. Initially, it was used for hunting bug animals such as deer, boar, bear and wolves. Also, it can hunt birds, rabbits and foxes. The dog breed has been introduced in the USA in the year 1929, however, the popularity of the breed arises when the American soldiers are returning after the end of the WWII with the breed.

Labrador Retriever listed in large dog breeds and belongs to the group of Sporting Dogs. The breed orginates in the Newfoundland and was created in the 18th century from the St. John’s water dog. Intially, it was used to help fisherman by pulling the ropes between the boats and recovering escaped fish from the nets. Also, they were used for pulling the nets filled with fish in the cold waters of the North Atlantic. Labrador Retriever is the most popular breed in the United States of America since the past 24 years. It can reach a height of 21 to 24 inches in height and weighs approximately 55 to 80 pounds. The average lifespan of the breed is 10 to 12 years.

Jack Russel Terrier is a small dog that belongs to the family of terriers and it was created in England at the beginning of the 19th century. The descendant of the dog breed is White Terrier which is extinct now. One of the best hunting dog breeds was created to hunt of red and grey foxes. With the small size, it can easily enter their underground dens and force foxes to come outside in front of the hunters. Despite its hunting abilities, it is popular as a companion dog today.

Irish Setter is a gun dog breed and well known for its solid red coats. Initially, it was developed as a hunting dog breed and now are typically larger and heavier with more thicker and lustrous coats. It is said that Charles H. Turner brings the breed to America back in 1870, however, people started taking interest in the breed in the year 1876. It loves to run and needs regular exercise. The breed can grow upto 25 to 27 inches in height and 60 to 70 pounds in weight.

Golden Retriever comes in large dog breeds and belongs to the group of Sporting Dogs just like Weimaraner and Labrador Retriever. The breed originates in Scotland where it was created in the 19th century by mixing Yellow Flat-coated Retriever with Tweed Water Spaniel. Water Spaniel is extinct now, howvever, the Golden Retriever was created to facilitate hunting of waterfowl that means it helps to retrieve shot birds both from the water and solid ground. Being one of the best hunting dog breeds it is often used as a working dog and kept as a house pet today.

German Shorthaired Pointer varies between medium and large dog breeds and belongs to the sporting dog group just like Weimaraner, Labrador Retriever and Golden Retriever. The breed was created in the 17th century, however, later it was more improved over the years. German Shorthaired Pointer was created in the 19th century basically for hunting and retrieving of birds, rabbits, raccoons and deer. The dog breed has been featured in many books and it is popular both as hunters and people that enjoy the company of an active dog. According to the USA today, it is 19th most popular dog breed in the USA today.

Initially, it was known as ‘Setting Spaniels’ because of its natural tendency to crouch when tracking, however, the breed become popular during the Elizabethan period. It was trained as a working gun dog and first developed in France in the 1500s although the breed is referenced in literature and pictorials dating back to the 14th century. The hunting instinct remains strong in the breed and they mostly rely on the senses for tracking, retrieving and pointing.

Also Read: 10 Most Dangerous Dog Breeds in the World

Coonhound belongs to the group of hound dogs and it originated in North America where it was created by mixing Bloodhound and Foxhound during the 17th and 18th centuries. The main purpose of the dog is to facilitate hunting of red fox and raccoons and sometimes deer, bears, mountain lions, bobcats and wild boars located in the rough and mountainous terrains. It is still one of the best hunting dog breeds, however, besides that, it is popular as a pet and shows dog.

Chesapeake Bay Retriever also was known as Chessie is one of the toughest types of retriever and hunting dog breeds that belongs to the group of Gundog. The breed ancestors considered as the two Newfoundland puppies that survived shipwreck at the beginning of the 19th century in Maryland’s Chesapeake Bay and hence the name. Also, Newfoundland puppies being mixed with various dog breeds mostly gundog and retrievers with a goal to create one of the best hunting dog breeds. The breed can survive the harsh climate and can easily collect waterfowl from icy waters. It can be used as a pet dog but it is mostly preferred as a hunting dog breed.

The medium size dog breed is one of the best hunting dog breeds and makes a perfect dog for the owner who takes him for a walk and exercise daily. It was created in France with the purpose of versatile gundog. It was recognized as a distinct breed in France in 1907, however, his hunting behavior soon made him popular in countries as well across the globe. The breed was introduced in the USA back in 1931 and later become popular as family dogs because of the friendly behavior of the dog as well.

These are the best hunting dog breeds in the world. Do post your comments