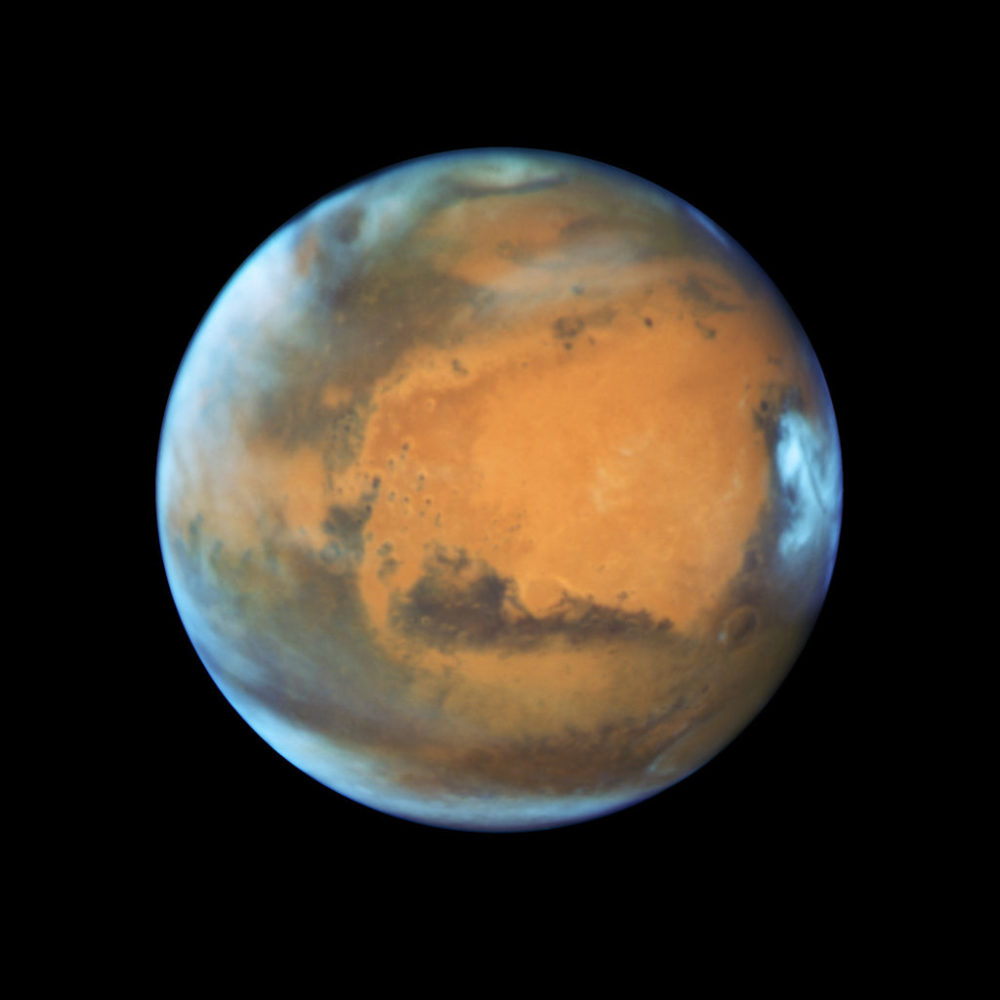 Nasa’s Hubble Space Telescope captured images of Mars when it was just 50 million miles from Earth. Astronomers made the observation just a few days back when Mars and Sun will be on the exact opposite sides of Earth. The date will be 22nd May. It has been predicted that on 30th May Mars will be closest to Earth in last 11 years at a distance of 46.98 million miles. Mars looks too cool and the reason is very simple it is totally illuminated by Sun as seen from Earth. See the image below captured by Hubble Space Telescope. 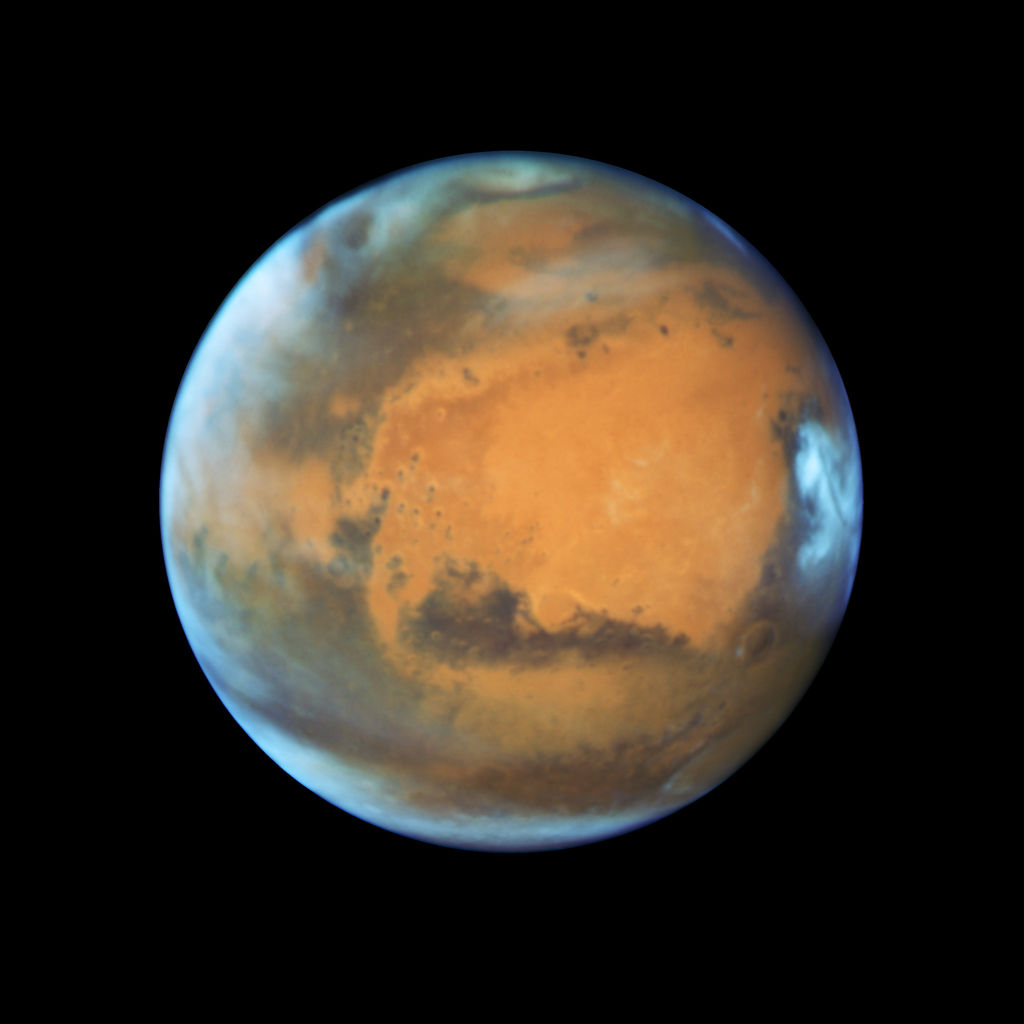 The unique features are Mars are clearly visible in the image like heavily eroded Arabia Terraat the center of the image. You can also see the small southern polar cap at the right side of the image. The Hubble mission is being run jointly by NASA and ESA. In this mission, they are using a telescope in spaces and on the ground to explore the Martian surface.

The images were though taken on 12th May but the closest interaction between Earth and Mars will be on 30th May when they both will be just 46.8 million miles away. The picture taken by Hubble telescope shows clearly the mountains, crators, and canyons situated on the planet. See the annotated view of Mars. Arabia Terra visible at the center of the image seems to be the oldest feature of the planet. It looks like it is heavily eroded. If you will see the right side of the image, little clouds are clearly visible. They also cover the extensive south polar ice cap as well. The north polar ice is very low because of Summer in the northern hemisphere of the planet. 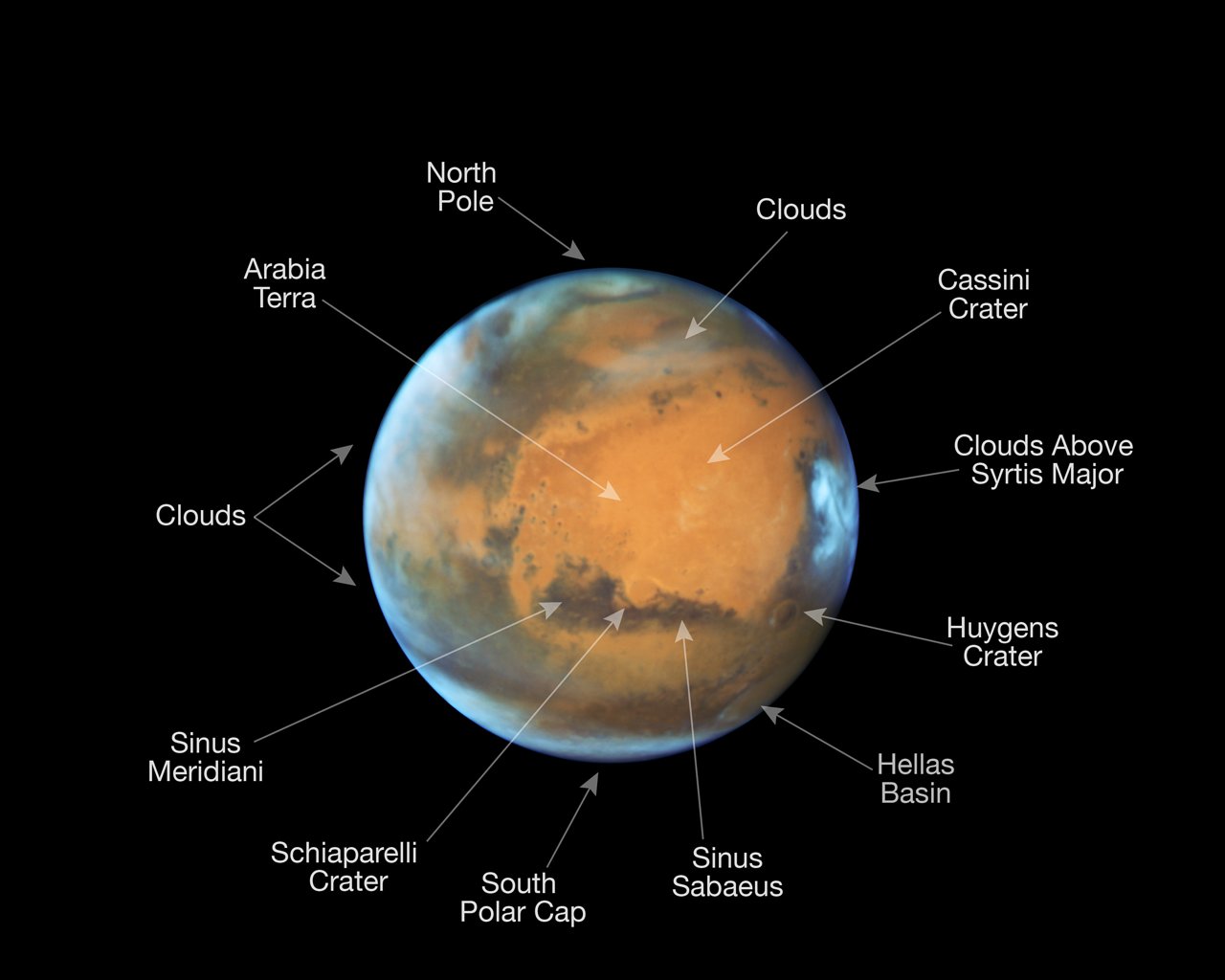 Now, let us discuss south of Arabia Terra, it is running from east to west along the equator. They are known as Sinus Sabaeus in the east direction and Sinus Meridiani in the west direction. The darker reasons are prominently covered with ancient lava flows and volcanic features.

Hubble Space Telescope which is giving us a chance to see the planet so closely was launched in April 1990 outside the space shuttle Discovery. Initially, there were some flaws but Spacewalking astronauts fix the primary mirror in December 1993. Since then it is helping us in exploring and making discoveries. Space is too very beautiful and we have already covered how lightning looks from Space. We have amazing astronomical events in space too. There are few facts about Hubble Space Telescope that you should know are listed below,