We all are familiar with gambling. Some link it with Las Vegas, while others enjoy it while sitting on their T.V. Lounge trying out their luck on the phone. Whatever the mode you choose, it is extremely popular all across the world. In fact, the gambling industry is one of the most profitable industries worldwide. It is pure addiction!

Now, you might have been trying your luck by playing several games, but have you ever given a thought to how it all started? Where did gambling come from? How were things back in the day? Well, to answer this question, we have one simple sentence. Gambling is as old as human history itself. Where there are human beings, gambling comes in naturally. It is a mode of entertainment. Don’t get shocked! It is true! Here is a detailed timeline that shows
with evidence that gambling is not just popular in the modern-day. In fact, it had been quite popular even before money was even invented. Isn’t it cool? Check this askgamblers.com article for more information on gambling and its history.

Believe it or not, the first evidence and the oldest one regarding gambling was found in ancient china. Archeologists have found tiles that are tough to be used in the Chinese game of chance, i.e., the Rudimentary. Furthermore, the Chinese book called ‘Book of Songs’ also has references regarding the use of these tiles. It is believed that these tiles were a component of some type of lottery game. Whatever they did, one thing is clear, they sure had interest and keenness for gambling and winning. 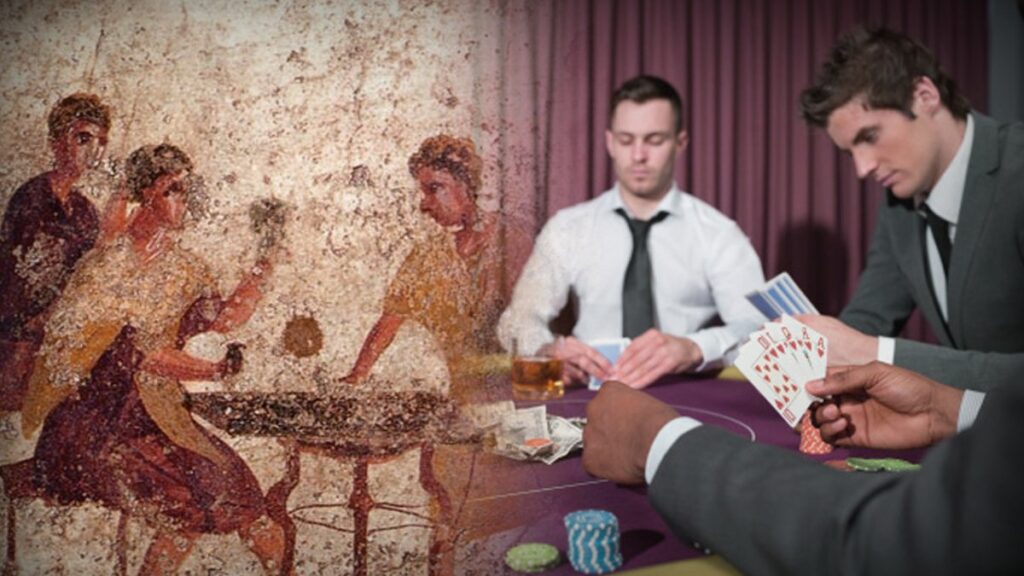 Did you know that the oldest dice to have been excavated appeared in ancient Egypt? Thanks to the ancient Egyptians who took everything to the tomb for afterlife use, we have come to know a lot about the intelligent people of that time. With all the other things we have learned, it is no surprise that they were the ones to have made the first dice. I don’t really know what they used the dice for, but we can only hope it had some part in gambling.

Ancient Rome had an interest in a lot of different things, and gambling was one of them. According to the Greek poet Sophocles, dice was invented by their mythological hero. Although we have evidence that Egyptians invented the dice, the Romans didn’t seem to be far behind in enjoying gambling. History says that they were so addicted to it that gambling was banned in the ancient Roman city. and there was a severe penalty for those who were caught playing it. I wonder, did the penalty really stored the people from enjoying gambling or not?

Cards soon made their way to gambling. Many historians believe that cards first appeared in China; however, there is very little information on how they were used.

It wasn’t until the 1400’s that the first gambling game using cards came into the light. Known as the Baccarat, the game is still played today and is quite popular among gamblers. It is also believed that the game came along with the people who migrated from Italy to France. 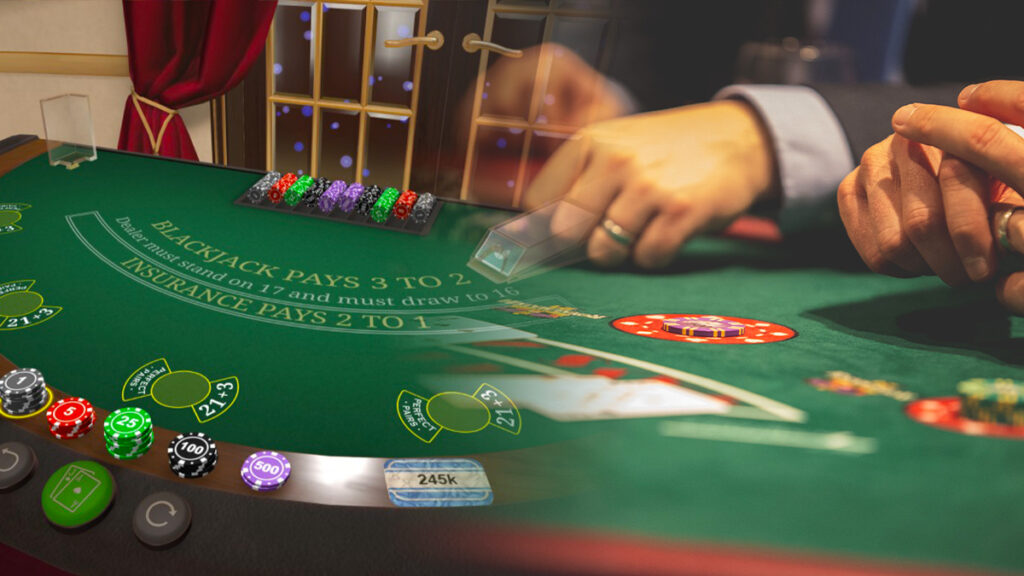 The century 1600 is quite prominent in the history of gambling. That’s because the game Blackjack appeared in this century. It is believed that this game is a version of the “ventiuna,” which was a Spanish game. This game is said to be a legit forefather of most of the casino games we play today. Also, note that the name “blackjack” is purely an American invention. This game, although it came from French migrators but the Americans gave the name.

Another most important event in the history of gambling is also noted in the 1600s. It was in 1638 that the first-ever casino in the world was inaugurated in Italy. The Ridotto, as they called, it was a setup that was made in the city of Venice. It provided an environment for gambling during the annual carnival season. Soon, casinos started to open in the rest of the continent like wildfire. And that’s how it gained popularity.

Roulette is a very popular modern casino game. This game was initially known as the little wheel, and it was invented in Paris. Over the years, this game was evolved as well, and Of course, the modern version, i.e., played in America, is quite different from this European version; we still have to give Paris credit for inventing it in the first place. 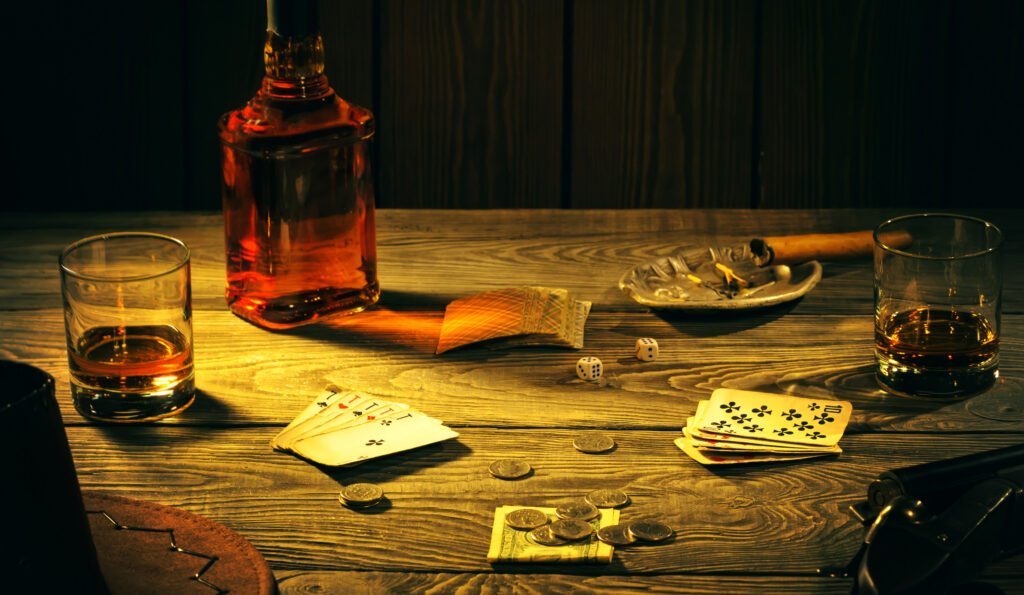 The true origin of Poker is quite hazy. However, some believe that it first appeared in Persia. At the same time, others link it to the French game called Poque. However, modern Poker is said to have started in 1829 in New Orleans.

In 1891, the industrial revolution also made its impact on gambling. The first-ever machine, which resembles modern-day slots were placed in 1891 in San Francisco. Where the modern versions give us cash, the older version gave people gums and cigars.

Many countries and regions allowed people to gamble in casinos. However, it wasn’t until 1994 that the modern technology of the internet took hold of the gambling world. When the first online gambling website was launched, people found new grounds to enjoy it by sitting on their sofas.

In 2022, smartphones and technology have changed the gambling industry by many folds. Today you can gamble whenever you want and wherever you want. The best part is you also get chances to win cash that comes into your account. The whole setup is made secure, and people have been shifting to online casinos, especially in the wake of COVID-19. Looking at the history of gambling, we can clearly see that it has come a long way. With the surge of the smartphones, as mentioned above, people started shifting to online casinos. So, you can browse the online casinos on sites such as https://top-canadiancasinos.com/best-payout-online-casinos/.