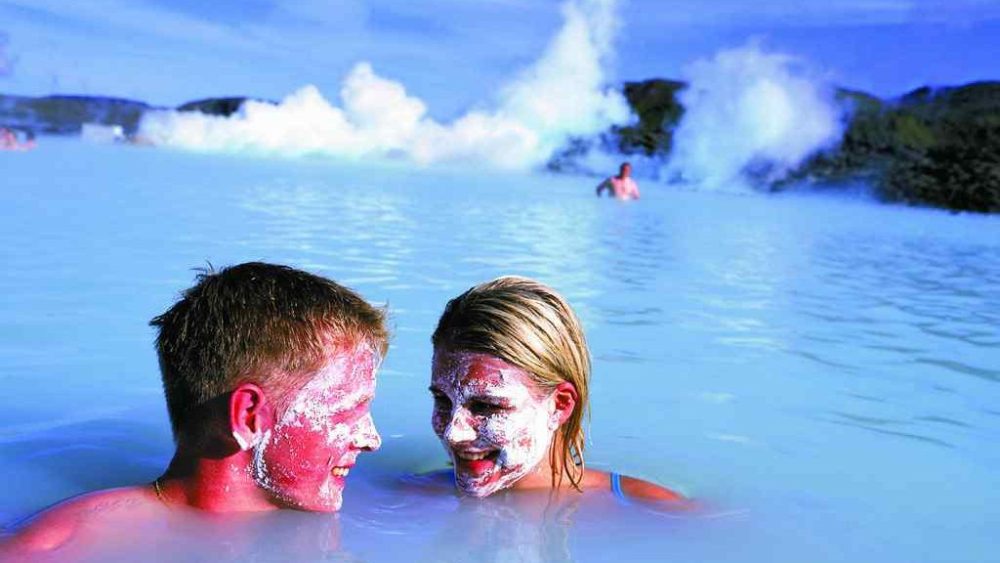 As it is rightly said, mother nature never fails to surprise us. One such wonder of the earth is the presence if Geyser and hot water springs. They are nothing but a volcanic eruption in which water is emitted instead of magma from the ground. When the water below the earth surface touches magma or solidified yet still hot rocks, it’s temperature reaches beyond boiling point and pressure is built up over time. This pressure results in evacuation of steam, boiling water and gases. It is picturesque since the eruption shows up in variant colours and dissimilar formations. It’s not only a pleasure for the eyes but steam in the springs provides good therapy for the body as well as many of the springs are known to be rich in minerals. Let’s see which are the top 10 geysers and hot springs around the globe.

Beppu, Japan is kind of the hub of the hot water springs due to the presence of several springs there. Among them, The 8 hells of Beppu is evidently one of the prominent tourist spots and is mostly known for its scenic beauty. The water there is so hot that it’s quite impossible to have a relaxing bath, so it’s more popular for its breath-taking views. It is the second most prominent resort having a large volume of hot water. All the 8 hells are different from each other.

The first one called “sea hell” is the most beautiful one and is a pond of boiling blue water. The second one is named after mud bubbles which emerge from boiling mud pools. “White pond hell”, the third one, features a pond of hot milky water. Fourth on the list is “Cooking pot hell”, which features several boiling ponds and a flash demon cook statue. A large number of crocodiles are bred on the grounds of “monster mountain hell”, the fifth one. The sixth one is known as “blood pond hell” as it is a pond of hot red water. Seventh is the “mountain hell”, which features small ponds of steaming hot water and run down zoo with plenty of small animals in cages. The last of the list is “spout hell” which has a geyser which erupts every 30-40 minutes.

This man-made hot water spring is really popular among Iceland visitors. This lagoon is a by-product of the nearby geothermal plant.
In the 1980s, a man claimed that bathing in this hot water cured his long-term persistent skin disease. Since it has been known for curing or relieving several skin diseases as the water is full of several minerals. The lagoon water having 30-40 degrees Celsius is being enjoyed by the locals and tourists throughout the year.

Also Read: 10 Reasons Why You Should Still Visit Iceland In 2018

Yet another popular hot spring area in Japan. As evident from the name, this park is not only popular among humans but also among the snow monkeys. During the winters, the snow monkeys migrate here to enjoy the hot steam bubbling out of the freezing ground. This one’s surely the most unique hot water spring.

Rotorua, popularly known as Thermal wonderland of New Zealand, resides on the banks of Lake Rotorua. Rotorua is famous for numerous mud pools, hot springs and 30m tall Pohutu geysers which extravasates multiple times per day. Among these, Wai-O-Tapu is undoubtedly the best, the reason being it’s colorful water springs which is an inevitably amazing view.

Russia hosts the second largest geyser field in the world known as the valley of geysers. Back in 1941, a local scientist discovered the valley full of geysers and it has been a popular tourist spot since then. Grievously, a landslide in 2007 caused evident harm to the valley and about half of the geysers were devastated. But the valley still hails and attracts a fair amount of tourists.

Hidden in the lofty hills of Sichuan, China is a steamy oasis- a collection of around 3000 hot springs known as the “Yellow Dragon”. In the Huanglong valley, one can find 2.2 miles of hot water springs. These colorful calcite ponds are formed over a thousand years by geological activity causing the limestone to mold resulting in the formation of terraced ponds. The most wonderful time to see these ponds is during the months of September-October when blue, yellow, white and green ponds appear.

Iceland is the hub of geothermal activities and its few of the best geysers are present in Haukadalur valley. Haukadalur is a geothermal area having more than 50 hot water springs and colorful mud pots located in Southwest Iceland. Geyser’s name was obtained from Gysire which is one of the oldest geysers known to Europeans and is found in Haukadalur valley. Strokkur is another set of geysers present there whose eruptions are not as high as the Gysire but still is an amazing sight.

Dallol, Ethiopia looks like another planet. They are located inside a volcanic crater in Ethiopia’s Danakil depression. Dallol is one of the lowest points on earth and is also one of the hottest. Below the surface, the water is extremely hot, salty and acidic. Chemicals like sulfur produce bright colors. Geysers can also emit toxic gases. Despite so much unrest in the region, it is still popular among the tourists.

El Tatio is located in Atacama desert, Chile. It is the breath-taking sight as it is a geothermal field of over 80 steaming and spilling geysers. It is most pleasant to see it during the dawn as once sun rises the steam disperses and the spectacular view is reduced. El Tatio geysers located 4500 meters above the sea level is one of the highest geysers in the world. Its beauty is enhanced by Andy’s mountains and clear blue sky in the background. Few thermal pools are created due to the geyser and their temperature is around 30 degrees Celsius.

Yellowstone is home to half of the world’s known geysers. Yellowstone National park is one of kind has a combination of a huge variety of geothermal wonders and diverse wildlife. It is located on top of a huge geothermal hotspot and has a variety of attractions. Every 60-90 minutes, Old Faithful, one of the geysers, hurls hot water up to 150 feet in the water. It’s totally surreal to see the Yellowstone caldera, also known as Yellowstone supervolcano.

This supervolcano was created some 640,000 years ago and is still active. The Grand Prismatic spring is something that one won’t be able to take their eyes off from. Its color is similar to what we get when white light disperses through a prism which clearly means, it has rainbow colors.

These are the 10 world’s famous geysers and hot springs.