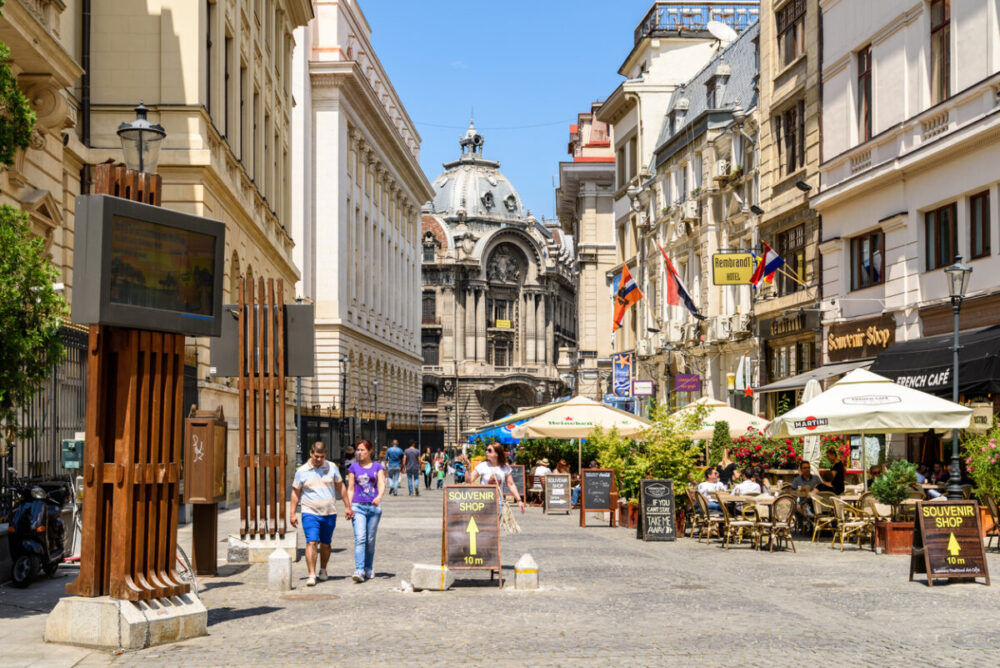 Bucharest offers a rare collision of a fascinating past and an optimistic future. You can tour the picturesque churches of Lipscani, catch a cut-price feast of high culture at the Bucharest National Opera and wonder at the megalomania that went into the enormous Palace of the Parliament – but that’s not the whole story.

Fun, relaxation, and sheer hedonism await as well. Few destinations in Eastern Europe have the verve and energy of Bucharest. From the wave of gourmet food sweeping the city to the underground energy of the city’s nightclubs, Bucharest is full of life and that’s why so many people fall in love with this inviting city. Historic Attractions, From The Sublime To The Grotesque

Bucharest has seen a lot of history. In the 19th century, it was a cultural hotspot, and the wealth of the era was channeled into the gorgeous Lipscani neighborhood. Then came war and Communism. Architectural highlights of the Ceausescu era are few, but the massive People’s House (now the parliament) is an unmissable monument to the ambitions of the dictatorship.

Recent years have seen Bucharest reclaiming its position as the Balkans’ cultural hub. The National Opera House continues to lay on a superb schedule of ballet and operas, the National Theater has had a successful makeover and lesser-known venues like Green Hours 22 showcase the city’s burgeoning jazz scene.

Superb Nightlife, Every Day Of The Week

Bucharest has transitioned from Communism to hedonism. These days, you’ll find DJs pumping out everything from avant-garde electronica to raucous turbo-folk (not for the fainthearted) at favorite spots like Control Club and Club A, whatever night of the week you venture out.

A Collection Of Wonderful Museums

Bucharest has one of the best collections of museums in Eastern Europe. Find out about the holocaust and Romania’s past at the Jewish History Museum, head to the cavernous National Museum of Romanian History, see works by European masters at the National Museum of Art and tour the President’s residence at the stately Cotroceni Palace.

Bucharest’s energy and youthful vibe extend well and truly into its gastronomy. The best thing is that traditional restaurants like Zahana Zexe and tiny bistros like Beca’s Kitchen offer world-class food at criminally low prices. And, even better, there’s a vibrant craft beer community too, with breweries like Ground Zero Beer and Csiki Sor leading the way. 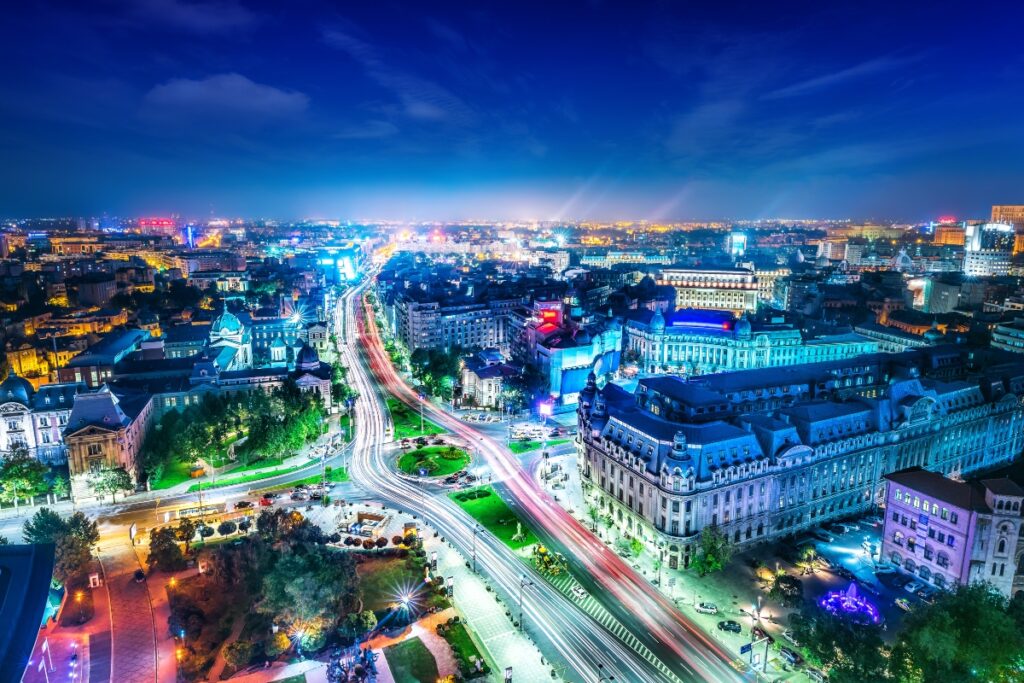 Public transportation in Bucharest is cheap.

Like in most European capitals there are several public transportation options. Metro, buses, trolleybuses, and trams are from Bucharest’s transportation network, which is expansive and covers all of the city. The most tourist-friendly mode of transportation is the metro. However, the bus system is the most extensive.

There are a few dozen bus lines, fifteen trolley bus lines, 23 tram lines, and 2 express bus routes which run to the Bucharest Airport. Standard bus, tram, and trolley bus tickets can be bought in small booths near bus stations. They are stored on a non-reloadable Multiple cards. Usually, this card is available with a maximum of 10 journeys (min 2). One ride costs 1.30 lei/ around 0,3 EUR. The price of the Multiplu card is 1,6 lei.

When traveling by bus and trolley bus during rush hours (in the morning and the evening), traffic jams in Bucharest then are a really serious problem!

Ticket (card) with two Express buses (Airport bus) journeys cost 7 lei or about 1,60 EUR. There are several other night buses, too.

Learn more about transportation at pricecarz.com.

How To Get To Bucharest? Henri Coandă International Airport (OTP) can be found around 12 miles north of Bucharest’s center and has excellent links to the downtown area. Bus number 783 runs every 20 minutes from the arrivals terminal and costs just RON7, and the Henri Coandă Express Train offers a slightly faster rail connection for RON8.1. Expect taxis to cost around RON30.

Bucharest has rail connections to the whole of Eastern and Western Europe, including cities like Belgrade, Berlin, and Vienna. All international trains arrive at the Gara de Nord, just northwest of the city center. The station is on the Bucharest subway system, and there are buses and trams to the major tourist areas as well.

If you are driving from the airport to downtown Bucharest, simply hook up with Highway 1, and follow it southbound towards the city center. If you are coming from Timisoara, take the A1, then change to the E81 just after Sibiu, and continue directly to Bucharest. The E81 also runs from the Black Sea port of Constanta to Bucharest.

If you are traveling within Romania, intercity buses are comfortable and cheap. Local buses within Romania tend to be operated by Atlassian, while Eurolines is the major international bus operator in Bucharest. Most international services stop at Rahova, on the southwestern outskirts. Take the light rail from Depoul Alexandria, which runs straight into the center.

The underground transportation service can be a very useful manner of traveling in the city, given the fact that it can save you a lot of time.