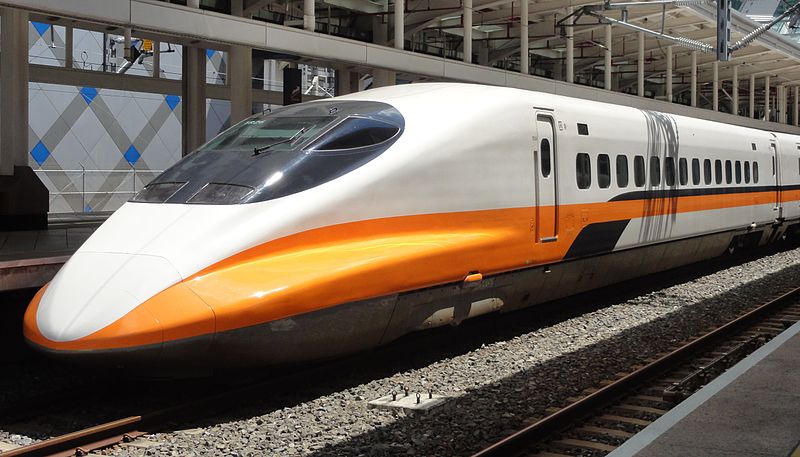 Trains were always known to be the fastest means of commute and with passing time the railways have manufactured the fastest futuristic trains for people to travel from one place to another just in few hours and that too with cheap travelling fairs. This article will provide you with names of the 10 fastest trains in the world.

The train which takes over just 7 minutes to complete the journey using magnetic levitation technology runs at a speed of 267 mph. The world’s fastest train isn’t the newest, the shiniest, or even the one with the most expensive tickets. The maglev runs nearly 19 miles from Shanghai’s Pudong International Airport to the Longyang metro station on the Outskirts of Shanghai. The bulk of the passengers since its 2004 debut have been travellers on their way to from the airport. An interesting fact, cameras out there are ready to snap a photo of the speed indicators when the train hits 431km/hr. 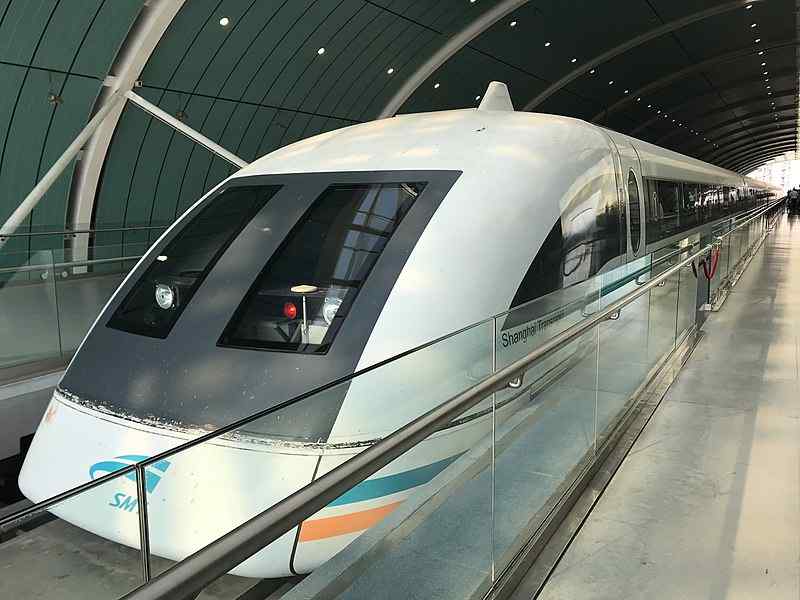 The vibration-free train was contrasted by CSR Qingdao Sifang, Locomotive and Rolling stocks. The electric multiple units set a record by speeding at 486.1kmph during its trial operation on the Shanghai-Hangzhou intercity high-speed railway in December 2010. The CRH 380A was put into operation in October 2010. It operates from Beijing to Shanghai and provides daily service along Wuhan to Guangzhou route. Its high-speed design is a result of research carried out at various Chinese universities. Harmony CRH 380A, with the maximum operational speed of 380kmph, is currently the second fastest operating train in the world. 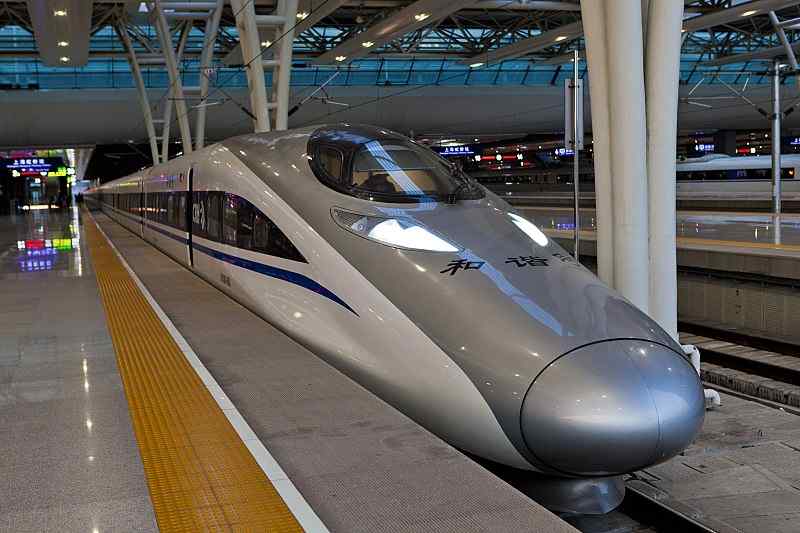 Considered as the most modern train in Europe, AGV Italo was built by Alstom. The train currently runs on the Napoli-Roma-Firenze-Bologna-Milano corridor. The train is fitted with a traction system that broke a record speed of 574.8kmph in April 2007. AGV Italo is the first train in the AGV series which entered into service in April 2012. It has a maximum operational speed of 360kmph. The train complies with the European TSI interoperability standard, which includes safety, reliability and availability, health, environmental protection and technical compatibility. 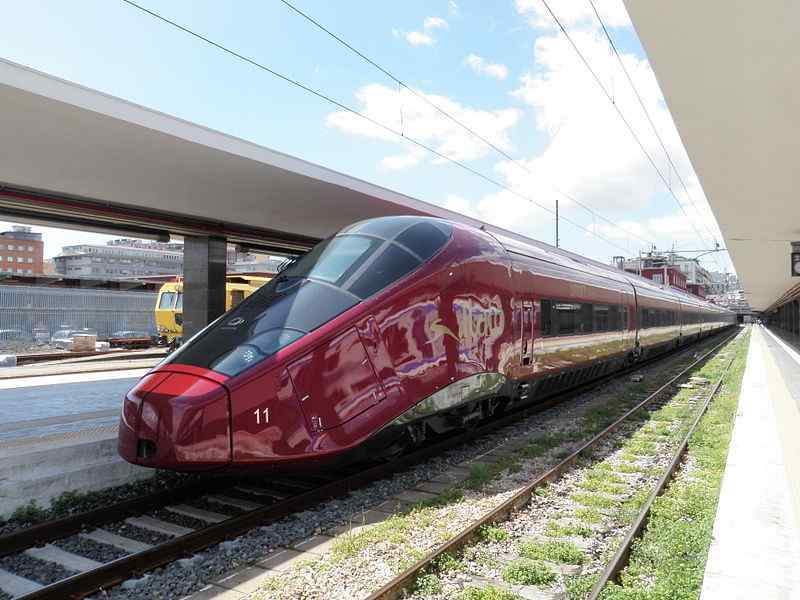 Velaro E, designated as AVE 103 is a Spanish train and is one of the fastest series production high-speed trains in the world. It achieved a whopping speed of about 400kmph during its test trips in Spain. The multiple units of this train were founded on the latest developments of the successful ICE 3 trainset designed for Deutsche Bahn. This train was ordered by Spanish National Railways Renfe and operates on the Barcelona- Madrid line. The train possesses an operational speed of 350kmph. 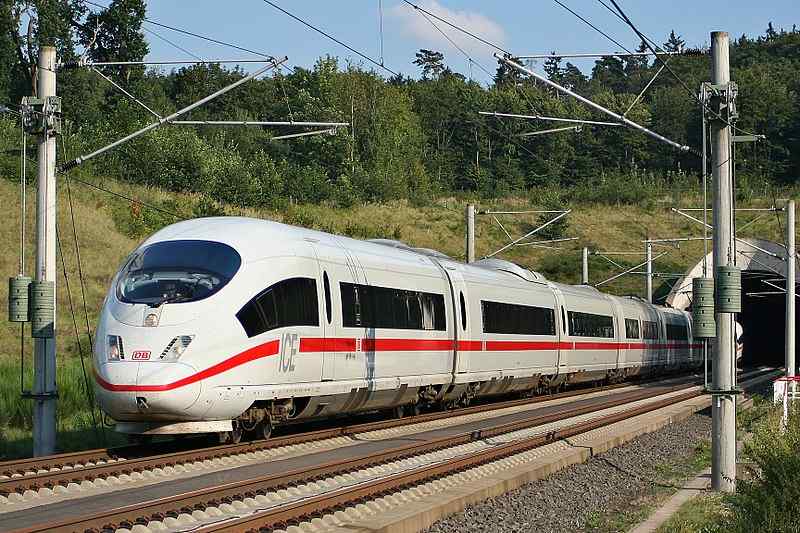 One of the fastest trains in the world, Talgo 3500 has been developed by Patentes Talgo (a Spanish company) and manufactured by the consortium of Patentes Talgo and Bombardier Transportation. When entered in the service it named as RENFE AVE Class 102 high-speed trains on the Madrid-Barcelona and Madrid-Valladolid lines in Spain. Additionally known as Pato (duck in Spanish) because teh front parts look similar to the beak of a duck. The train achieved the top speed of 365kmph during the trial run, however, the maximum speed of the train was initially restricted to 200kmph because of the necessary infrastructure is not present at that time for the operation of the team. Later, the top speed of the train has been increased to 300kmph with the installation of an ECTS Level 1 system on the lines and when lines have been further upgraded to ECTS Level 2 system, the maximum speed of the train has been increased to 330kmph. The design of the train has been designed to be optimally aerodynamic to handle air pressure and air currents at high speeds. 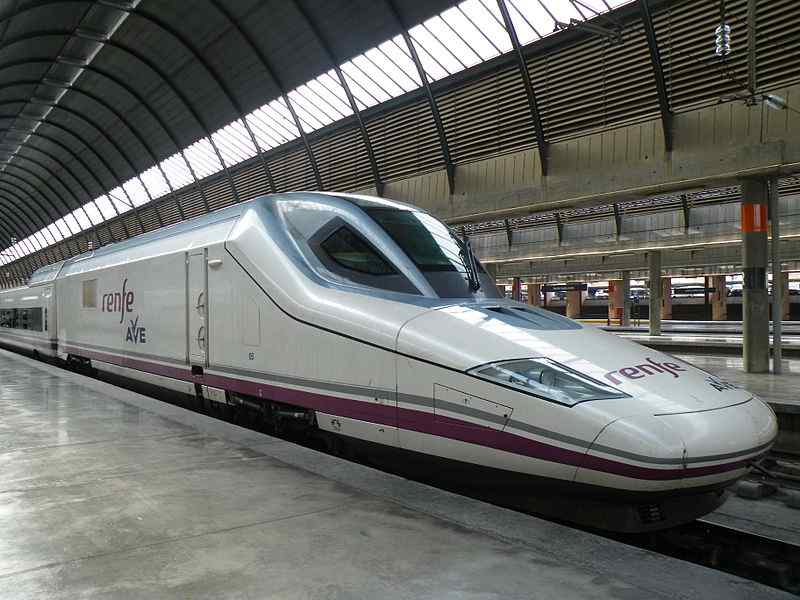 The new generation fastest trains of Japan also known as Hayabusa was in operation since March 2011. The train has been operated by East Japan Railway Company and it runs on Tohoku Shinkansen (Japanese high-speed line) connects Tokyo with Aomori, in Aomori Prefecture. The top speed of the train is 198.8 mph and it can reach Shin-Aomori station from Tokyo in just 2 hours and 56 minutes. This new generation E5 series trains are more comfortable and faster than ever before because it was designed in the form of business and luxury car service. Also, it comes with a premium first class seating area, called GranClass. It has a long nose that extends approximately 15m in the front and also helps in preventing ‘tunnel boom’ ( noises produced due to uneven air pressures when the train enters a tunnel at a high speed). The fastest train is covered with full bogie cover that is soft enough to reduce the aerodynamic sound. 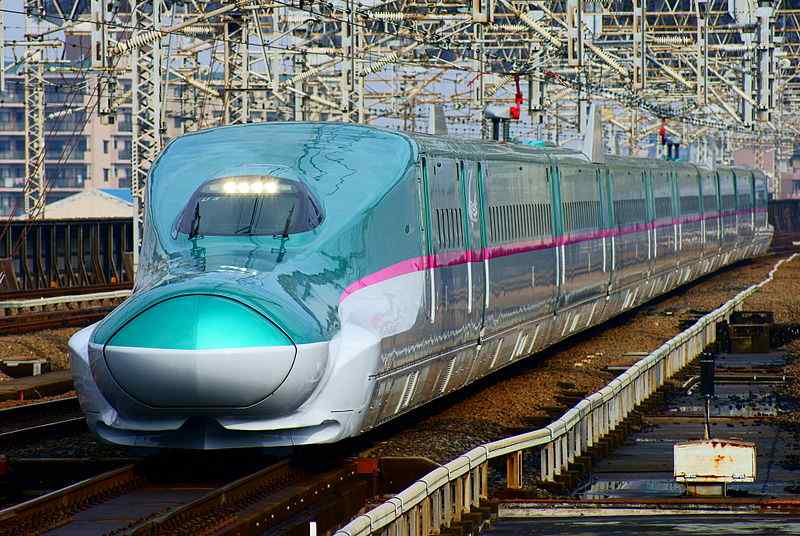 The third generation fastest train of was manufactured by Alstom and it was claimed to be the only fastest double deck that can meet the operational requirements of various European rail networks without any major changes in infrastructure. One of the fastest trains has been designed to operate on the French, German, Swiss and Luxembourg rail networks. It was put into service in December 2011 when the French national railways SNCF inaugurated its Rhine-Rhone LGV high-speed rail line. The train was developed over Alstom’s TGV Duplex trains and designed by the TGV Duplex train sets in the late 1980s during the transportation of more passengers. 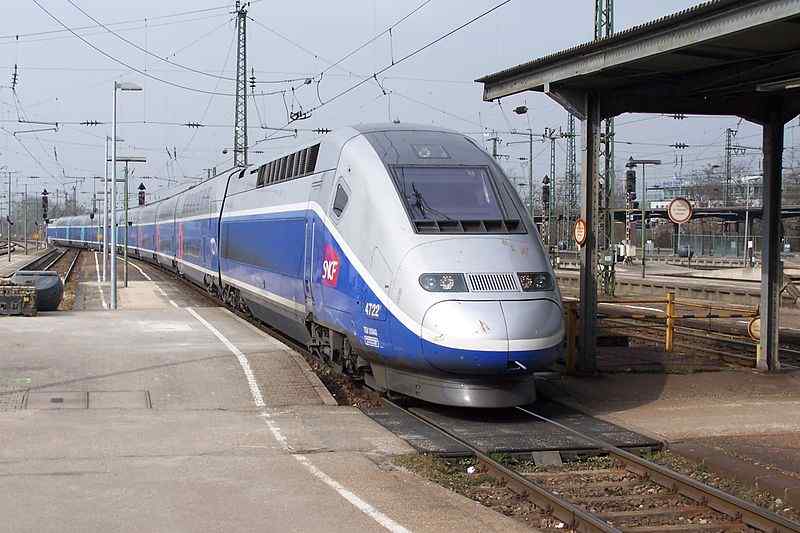 The French high-speed train belongs to the TGV family was manufactured by Alstom and it is operated by the French national railway company SNCF. The train is unique since it features bi-level carriages and listed under the French national railway company SNCF. The train was specially designed to increase capacity on high-speed lines with saturated traffic. It has two seating level and high capacity of 508 passengers it can easily suitable for a large number of passengers, however, the TGV Duplex started as a small component of the TGV fleet and become the system’s workhorses. 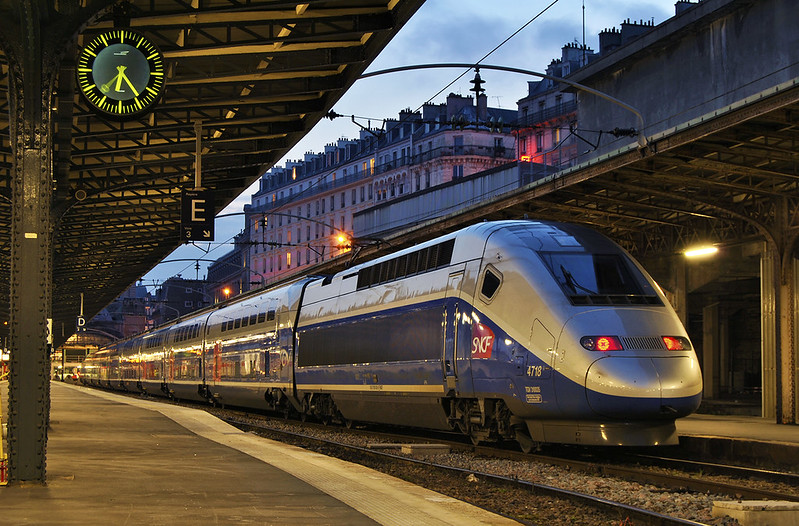 The fastest train in Italy, ETR 500 Frecciarossa is a high speed electric multiple units which are operational in Italy since 1993. It was manufactured by TREno Veloce Italiano (TREVI). The company is a consortium of Alstom, Bombardier and AnsaldoBreda. The design of the train is based on the specifications of Ferrovie Dello Stato Italiane and now it is operated by Trenitalia on Rete Ferroviaria Italiana (RFI) tracks. It has a maximum speed of 186.4 mph and runs between Milan-Rome-Naples route and offers 72 connections daily. Now, there is a total of 28 non-stop Frecciarossa trains between Milan and Rome with a top speed of 186.4 mph by which you can reach Rome in just 2 hours and 40 minutes. One of the fastest train in the world is a modernized version of the ETR 500 Italian high-speed train. It has four cabins that include standard class, premium class, business class, and executive class. 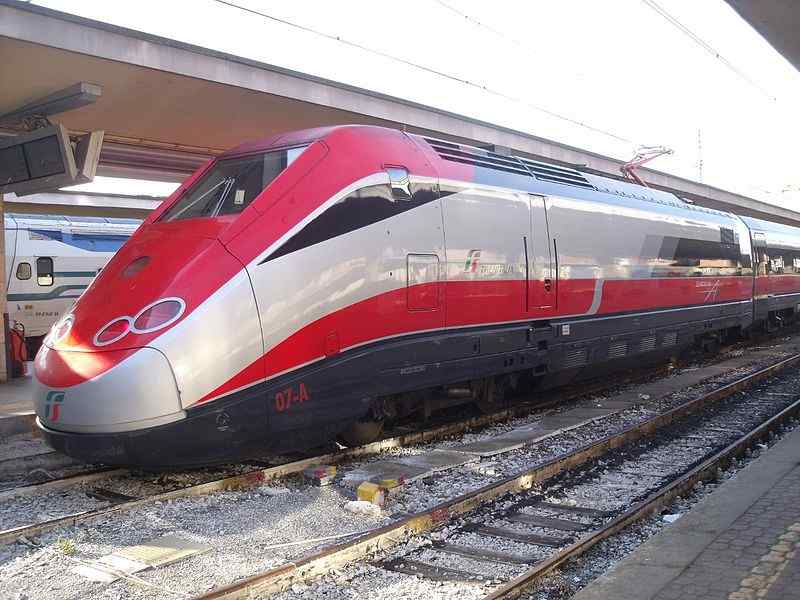 The high-speed electric multiple unit trainsets belong to Japanese Shinkansen family for Taiwan High-Speed Rail (THSR) and primarily based on the 700 Series Shinkansen. The “T’ refers to the country Taiwan and the train were manufactured in Japan by Kawasaki Heavy Industries, Nippon Sharyo, and Hitachi, Ltd. This is an example of the first time Japanese Shinkansen trains have been exported overseas and 30 trains have been delivered to THSR operator Taiwan High-Speed Rail Corporation (THSRC) and after that, it is in regular service with a top speed of 300 kilometres per hour since it was opened in on January 5, 2007. It was well designed under the norms of European safety requirements and also promised a proper detection system and station stopping control. The business class cabin has seat for 66 passengers and standard class offers 923 seats. The different is totally soundproof and will give you real-time travel information.

These were the 10 fastest trains in the world.