We always think that plants have the tendency to grow “slow”. But, it is not always true. Some trees and plants that grow very quickly, and might reach up to substantial height in a short span of time. Reaching up to seventy feet tall, they create a formidable put concentration to any landscape. Also, these tall and dense trees can provide a thick canopy of shade during hot summer months and beautiful scenic views when planted in a row.
Here is the list of the top 12 fastest growing plants in the world.

Fastest Growing Plants In The World

Bamboos, belonging to the grass family Poaceae, they are a group of woody perennial evergreen plants. Bamboos include a number of the fastest-growing plants within the world, because of a novel rhizome-dependent system. They are of notable economic and cultural significance in South Asia, Southeast Asia and East Asia, where they are used for building materials, also as a food source, and as a versatile raw product.

There are 91 genera and about 1,000 species of bamboo, found in diverse climates, from cold mountains to hot tropical regions. The tree is used to make eco-friendly and sustainable products. Also, replanting is quite easy because its root structure enables it to the rootstock to produce some shots that automatically helps in the horizontal growth.

Related: 5 Oldest Trees in the World

Hybrid Poplar, a genus of 25–35 species of deciduous fastest-growing plants belongs to the family of Salicaceae, which is native to most of the Northern Hemisphere. The genus has a large genetic diversity and can grow from 15 meters to 50 meters tall, with trunks up to 2.5 meters in diameter. Although poplar varieties range in height and breadth, most share some traits that make them easy to recognize.

For instance, one can often distinguish a poplar by its leaves that are often heart-shaped and rimmed with tiny teeth. The popular famous shade tree can grow into a harvestable height in 5 years and that is quite fascinating for industrial applications. The shade tree attains heights of 10 feet a year, however, it is not as impressive as bamboo.

Related: Top 10 Most Famous Trees In The World

Algae are one of the fastest-growing plants species that have the ability to convert large amounts of carbon dioxide (CO2) into oxygen. Algae can be categorized under two broad headings, namely, macroalgae and microalgae. Macroalgae are also called seaweeds, like dulse and kelp, they are large and multicellular while Microalgae are generally single-celled organisms.

Microalgae grow fast, and some can even get double in size within 24 hours. However, macroalgae are fast-growing plants that can grow to a considerable size in marine and freshwater. Algae are also the fastest-growing eukaryotes, however, does not possess all properties of plants. It is quite difficult to distinguish one species of algae from another. Algae can grow up to 12 inches every week and considered as highly toxic to human beings.

Related: 10 Most Beautiful Forests In The World

Eastern cottonwood is a large, fastest-growing plants found commonly growing along streams, rivers, and lowland areas. It is native to eastern North America through the Midwest and Chicago regions. Eastern Cottonwood generally has a large size, weak wood, and penetrating roots. Eastern Cottonwood can grow up to 20 to 40 meters tall and with a trunk up to 1.8 meters diameter, being one of the largest North American hardwood trees. The plants have a long life span and can grow up to 5 feet per year even when they are tiny plants during unfavorable conditions.

The fragrant oils obtained from the eastern cottonwood mostly used in the cosmetic industry for the manufacturing of lip balms and massage oils. Also, the leaves, buds, and bark are used for the treatment of the fever, inflammation, and pain. Last but not least, the essential oils of eastern cottonwood used for the treatment of arthritis and sore muscles.

Duckweed is a small floating plant that grows mostly on ponds and lakes. Duckweed, that is why sometimes is called as the water lens or by root as it floats on or just beneath the surface of still or slow-moving bodies of freshwater and wetlands. This plant has the ability to reproduce rapidly and it can double in just 16 hours or just 2 days, depending on its growing environment.

However, these are very simple plants, that lack an obvious stem or leaves. The plant can grow up to several inches in every 30 hours and complete its lifecycle very quickly. It also reproduces maximum efficiency and it will able to create four earth-sized masses in just four months.

The plants mainly thrive in warm and wet environments across the globe either in the shade or direct sunlight. It forms a blanket over small bodies of slowing moving water. One of the fastest-growing plants in the world is a food source for waterfowl and even people in parts of Southeast Asia such as Thailand. Also, it provides shelter for pond animals such as bullfrogs. It can be placed in freshwater aquariums. 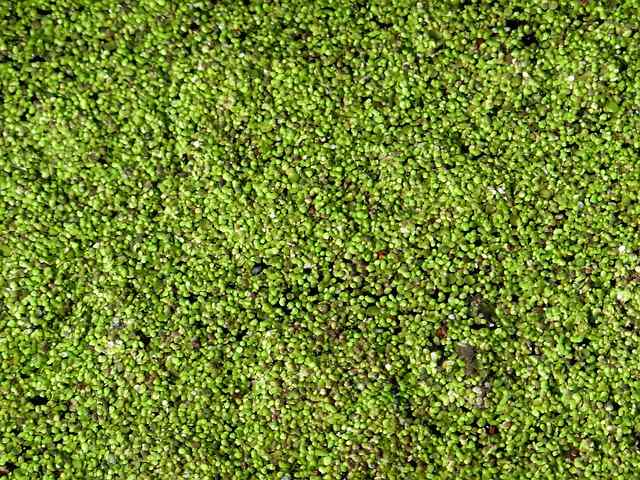 Acacia is a genus plant species, belonging to the pea family. It is native to tropical and subtropical regions of the world, particularly Australia, where they are called wattles and also Africa, where they are well-known landmarks on the veld and savanna. The Acacia plant species often bear spines, especially those growing in arid regions.

Also, Acacia seeds are difficult to germinate as the seeds grow in various temperatures usually around 80 °C which reflects an improved growth of about 80%. The plant has the ability to grow over 30 feet in only 12-14 months. It can grow several inches every day and native to regions with a tropical climate, however, adequate nutrition and rainfall throughout the year.

The giant sequoia is the world’s most massive tree, and also the largest living organism on Earth. However, with a height of 286 feet or more, and a circumference of 113 feet or more, Giant Sequoia has an estimated lifespan of 1800–2700 years being the oldest known giant sequoia 3,500 years old.

However, they occur naturally in only one place on Earth i.e. the western slope of the Sierra Nevada mountain range in California, at an altitude of 5,000 to 8,000 feet above the sea level. The wood of the tree is quite precious and best known for their mammoth sized mammoth sizes. The tree can grow really fast attaining full size in just 6-8 years.

Kudzu, also called Japanese arrowroot is a group of plants in the genus Pueraria, in the pea family Fabaceae, subfamily Faboideae. They are climbing perennial vines mainly native to eastern Asia, Southeast Asia, and some parts of the Pacific islands. These climbing plants climb over other trees or shrubs and grow so rapidly that it kills them by their heavy shading.

Royal Empress tree is a deciduous tree belonging to the family Paulowniaceae. It is native to central and western China that grows extremely fast. It is a persistent exotic invasive in North America that grows 10 meters to 25 meters tall, with large heart-shaped leaves. However, it can survive wildfire because the roots can regenerate new, and also it has very fast-growing stems. Also, It is tolerant of pollution and it is not fussy about soil type. During the winter season, all the branches of the tree-covered with pea-sized furry buds waiting to burst into big flowers.

Eucalyptus is a fast-growing evergreen tree native to Australia. It is popularly known as the tallest flowering plant on Earth and has more than 700 species covering an area of about 92,000,000 hectares of eucalypt forest, and comprises of three-quarters of the area covered by native forest. The tree can grow the height of tall trees in a short duration and known to be one of the most fragrant trees in the world, however, some varieties are faint and they don’t smell at all. It is also one of the best options for reforestation options in the world.

Also known as Nandina or Sacred Bamboo belongs to the family Berberidaceae is an evergreen shrub that constitutes mainly lacy leaves and sprays of red berries that mainly grow through the winter season. The multistemmed and canelike clumps make it somehow resemble the bamboo plants, However, leaves are alternate and large that are placed at the top of the woody stems. The young plants are mainly pinkish and later turn into soft light green. One of the fastest-growing plants can grow up to a height of 3 to 7 feet. The flowers grow in early summer and grow up to 6 to 12 inches long clusters of pink and white flowers.

Wisconsin Plants has been developed by Professor Paul H. Williams in the year 1987 at the University of Wisconsin-Madison to help and protect the cruciferous plants such as broccoli, cabbage, radish and mustard. The professor mixed six related species from the cabbage/mustard family Cruciferae to accelerate the genetic research. Thereafter, after performing 20 years of experimentation, the breeding process of the plant has been cut short from a six-month growth cycle down to only five weeks.