Art is very highly valued in the current world since it is a reflection of the society it was created in and provides many insights into the kind of life and thought that was prevalent at the time. Art of ancient times has been preserved as far as possible and more contemporary art is valued for its money as well as artistic value. Some artworks, however, have gained fame far beyond their contemporaries and have become immortalized in the public memory. Here is a list of the ten most famous works of art.

Undoubtedly the most famous painting in the world, this iconic piece of art was painted by the multi-talented Renaissance artist Leonardo da Vinci. It is believed that he started painting it from 1503 and completed it just before his death in 1519. It is not displayed at the Louvre Museum in Paris and is the main attraction there receiving over six million viewers annually. Da Vinci used a unique technique of printing successive layers of translucent paint creating a 3-dimensional effect and giving Mona Lisa the famous diffused smile. There is much speculation about who the model for the painting was and what she meant to da Vinci in order to enable him to paint this beauty. One of the most famous works of art is a hot topic in the art world and the expression on her face is a matter of debate for many years, however, her expression is neutral but debates have suggested that she is happy, disgusted, fearful, or angry. 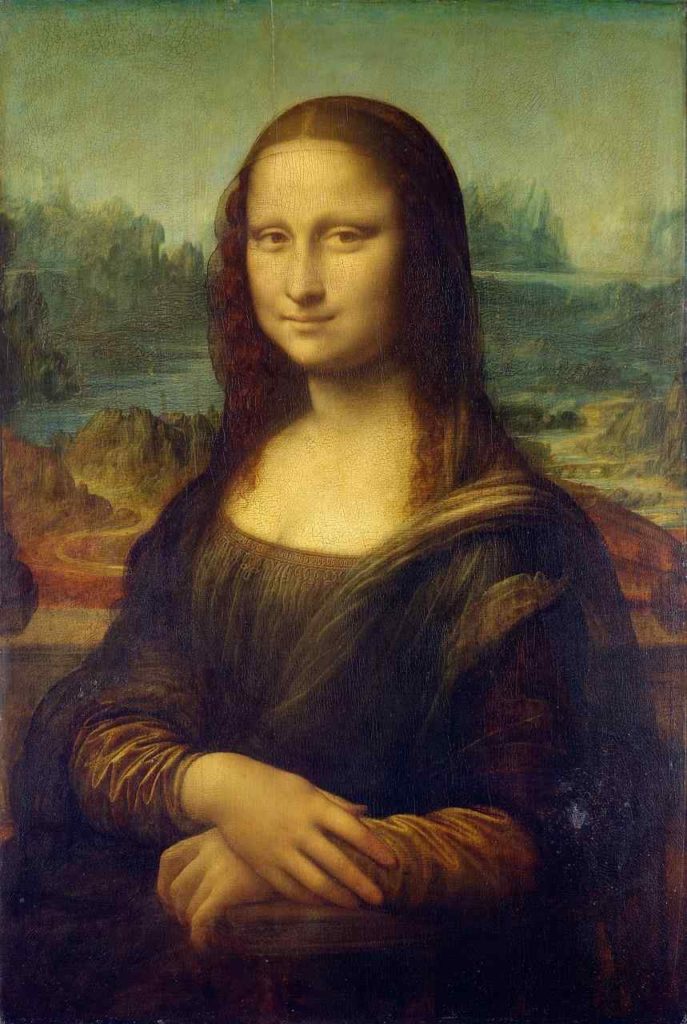 This painting too is one of Leonardo da Vinci’s masterpieces and is not painted on a canvas but rather on a wall in the dining hall of the Santa Maria Delle Grazie monastery in Italy. It was painted in the late 15th century, before the Mona Lisa and describes the scene of Jesus Christ’s last meal before his death. It has been carefully studied by many scholars of art history who believe that da Vinci has hidden some secret message in the painting through symbolism or hidden letters. The painting is famous for its depth and perspective which were new techniques of the Renaissance period. One of the huge paintings in the world has been carved on 15 feet by 29 feet and the most interesting part of the painting is that it is in a group of three where Jesus figure represents a triangle and three windows are seen behind the Jesus. The disciplines are also in the group of three. Also, please read about mesmerizing prehistoric cave paintings. 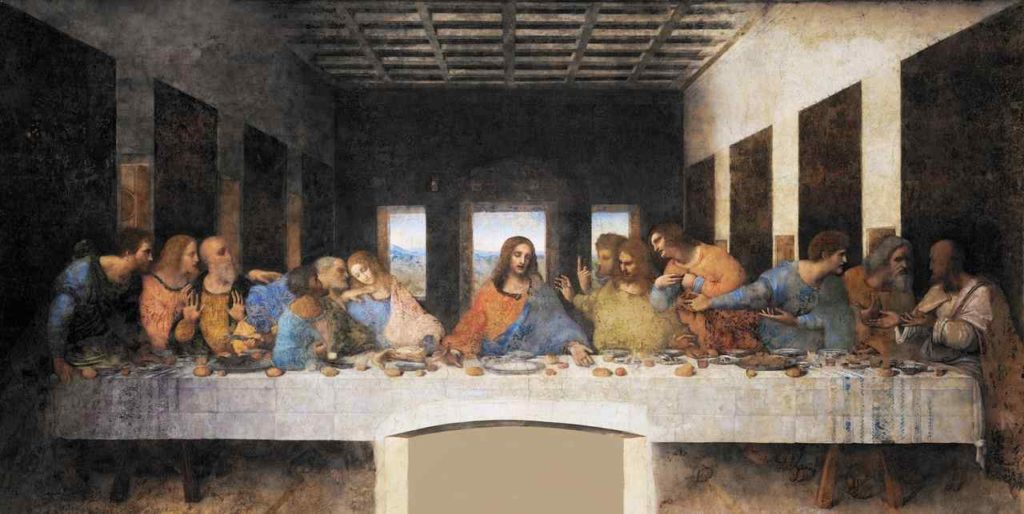 3. The Statue of David

This statue is sculpted by another master of the Renaissance period – Michelangelo. The anatomically accurate and detailed depiction of David from the famous story of David and Goliath reflects the humanist style of art popularized during the Renaissance making it one of the most famous pieces of art in the world. It is a 17 feet tall nude male figure carved out of marble and was completed between 1501 and 1504. Today, it is displayed at the Academia Gallery in Florence in Italy. In 1873, it has been decided by the officials to move David indoors to the Galleria dell’Accademia to protect it from the weather. Now, the statue is facing stress fractures issue due to the vibrations of the tourists.

This painting was also created by Michelangelo and like The Last Supper is not painted on canvas but on the ceiling of the Sistine Chapel in Vatican City in Rome. It was painted between 1508 and 1512 and was commissioned by the then Pope Julius II. It uses the fresco technique of painting where the paint is applied to wet plaster making it a part of the wall. It depicts a scene from the Bible where God created Adam and is famous for its realistic human figures and excellent use of perspective consistent with the humanist style of Renaissance Europe. One of the famous works of art that have been produced in numerous imitations and parodies. The whole creation is a 500 square metres of the ceiling, containing well over 300 figures. The other famous paintings from Adam are Adam and Eve in the Garden of Eden, the Deluge, the Prophet Jeremiah and the Cumaean Sibyl.

This famous work of art is relatively modern and was created by Auguste Rodin in 1904 out of bronze casts. As the name suggests, the sculpture depicts a nude man sitting deep in thought and is often used to represent philosophical reflection. It is believed that the sculpture was made in several parts from 1880 onwards and then finally assembled in 1904. It is mounted on a stone pedestal and is located in Paris. The Thinker (Le Penseur) is a bronze sculpture by Auguste Rodin. The famous work of art 186 centimetres (73 inches) high and required 37 years of work from Rodin. 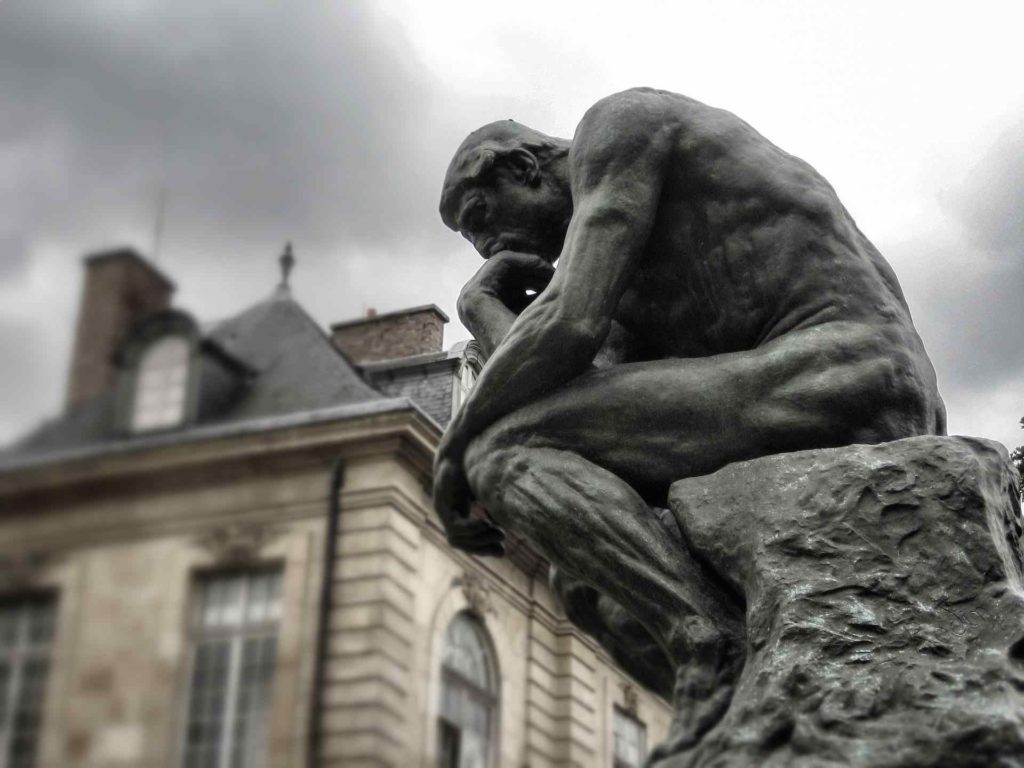 This is Vincent Van Gogh’s most famous paintings and a quintessential example of modern art. It was completed in 1889 by the Dutch Artist and today is displayed in the New York Museum of Modern Art. It is painted using oil paint on canvas and depicts the scene from Van Gogh’s asylum window just before sunrise. This famous painting is perhaps one of the most copied works of art and has inspired many other artists. Van Gogh’s Starry Night Over the Rhone uses a similar style and subject and was completed in 1888. 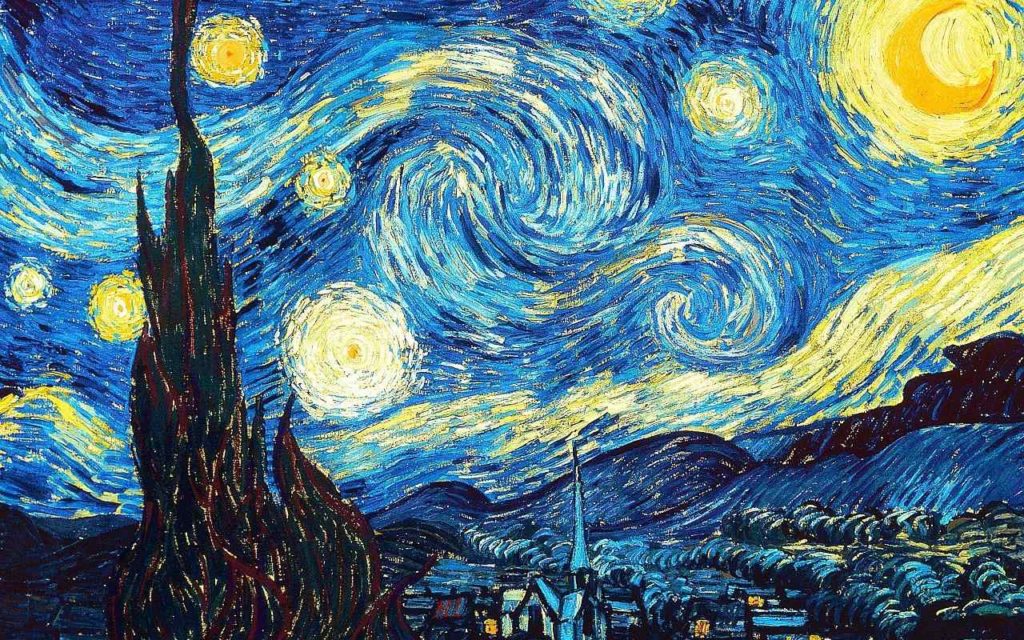 This modernist painting was created by Norwegian artist Edvard Munch in 1893 and is currently displayed in the National Gallery in Oslo, Norway. It was painted on cardboard using oil and pastel and depicts a screaming human figure on a bridge at sunset. This painting has been subject to repeated attempts at theft and has suffered some damage. There were four versions of The Scream created by the artists, only one of which is displayed in Norway. It has gained much importance in popular culture as it has been imitated and copied by many and has inspired many other works of art. 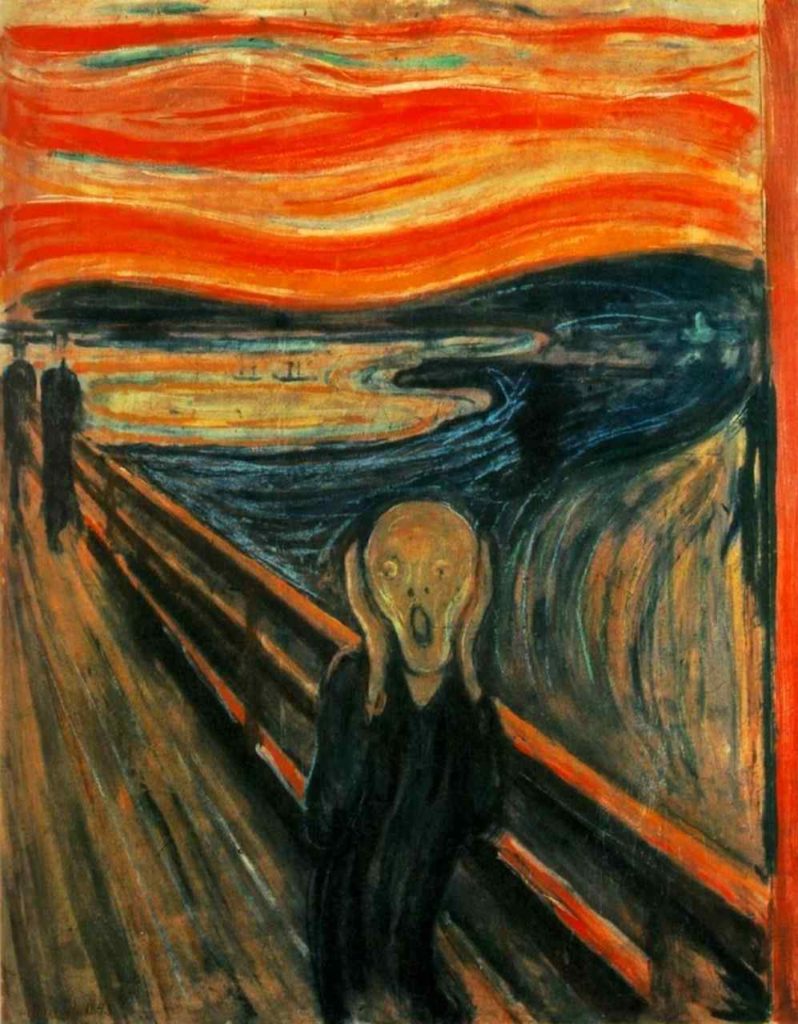 This sculpture is Ancient Greek in origin and is believed to have been created between 130 BC and 100 BC by Alexandros of Antioch in marble. It is almost life-size and measures 6 feet 8 inches. It has suffered some damage over the years and its arms and original plinth are now lost. It is displayed at the Louvre Museum in Paris along with the Mona Lisa and also draws a large number of visitors. Also known as Venus of Milos, this painting depicts Aphrodite, the Greek goddess of love, beauty, and sensuality. The sculpture was created around 100 BC and it is predicted that it is depicting Aphrodite, the Greek goddess of love and beauty. The whole sculpture is made from Parian marble and one of the most famous works of ancient Greek sculpture. 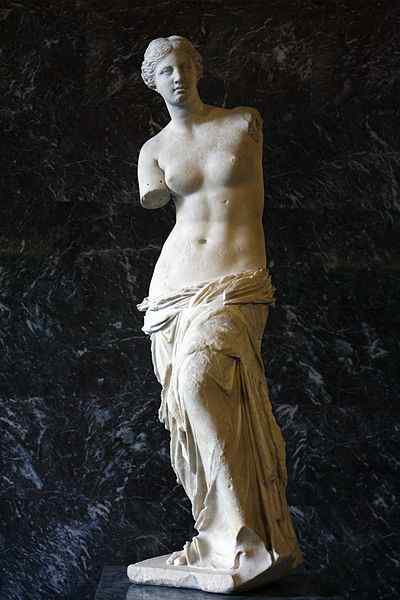 This is the most contemporary painting on this list of most famous works of art and has been created by the Spanish artist Salvador Dali in 1931. It is currently displayed at the Museum of Modern Art in New York. This painting is cited as a perfect example of the Surrealist technique of painting and depicts several clocks melting away on the backdrop of a wasteland like a scene. It is supposed to make people think about the futility of the rushed way of life and the fast fading away of time. It is believed that this painting inspired Einstein to come up with the theory of relativity. The orange clock at the bottom of the painting has been covered with ants and the painter often used ants in his paintings as a symbol of decay. 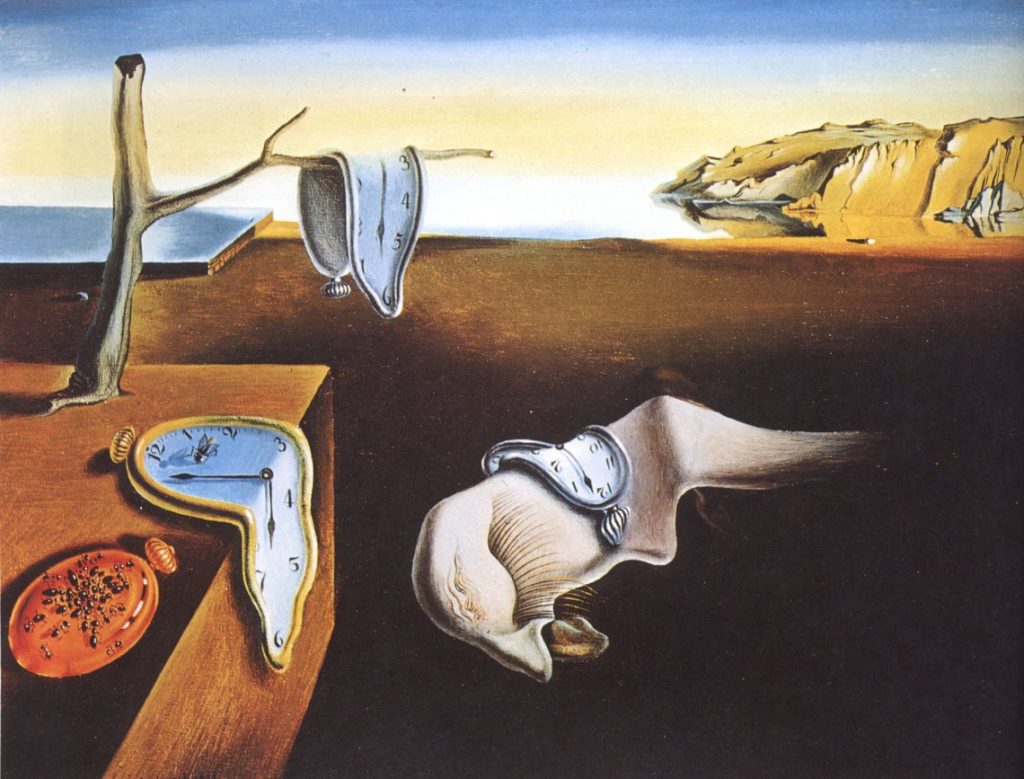 This Ancient Greek Sculpture dates back to the Ancient Greek period and is dated between 460 and 450 BC. The artist of this famous sculpture is unknown and the original sculpture created in bronze is also lost. However many imitations smaller in size and made of marble or bronze have been found, testifying to the existence of the bronze original. It depicts a nude male athlete throwing a discus and even the imitations are incredibly accurate in depictions of the anatomic form. Many versions of this sculpture are displayed in various museums of the world. 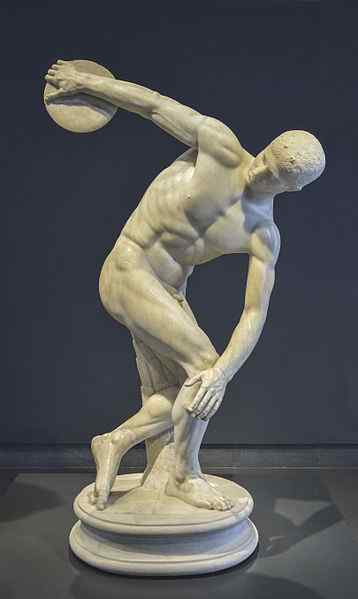 It is surprising that all the famous works of art in the world are from Europe. Does this mean that other parts of the world do not have art worthy of recognition, or does it just show the dominance of the European way of life that has affected all parts of the world? What is it that makes such artworks famous? Is it just the beauty that they embody or is it also the culture and ideas that they represent? These are the famous works of art. Do post your comments.

Related Items:Aphrodite of Milos, Creation of Adam, Diskobolus of Myron, Famous Paintings, Famous Paintings in the world, Famous Works Of Art, Mona Lisa, Persistence of Memory, Starry Night, The Last Supper, The Scream, The Statue of David, The Thinker