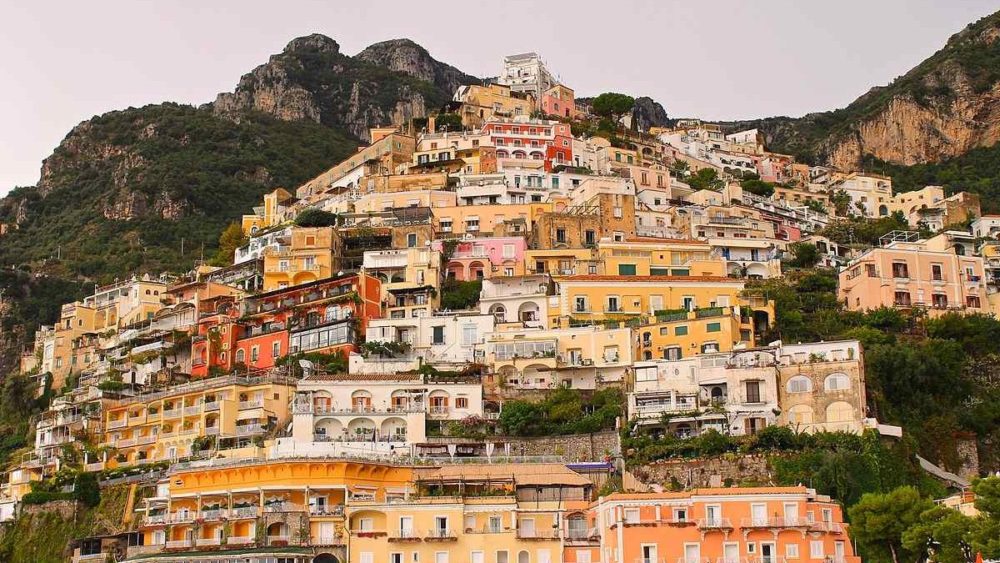 It is true that mother earth never fails to surprise us by its astonishing creativity but man-made architectural isn’t any less. One such human-created wonder is city cliffs. Human architecture has reached such heights that not just one building, the whole city are being built on cliffs. From antique to modern, there is a huge variety of cliffs located around the world. City cliffs offer breath-taking views as they are a perfect combination of natural beauty and human architecture. It won’t be wrong to denote city cliffs as photographers paradise because of its picturesque view. Let’s explore some of the most famous city cliffs around the world.

Castellfollit de la Roca is a small village residing on rises up on a narrow volcanic precipice. This one kilometre long stunning basalt crag towers 50 metres high. River Fluvia is often credited for its shape. The narrow streets of the village lead to the edge of the cliff where there is aged church of Sant Salvador which offers spectacular views. This town was developed over 1000 years ago during medieval origin which is pretty obvious because of its narrow streets. The barricade which fortified the place during the civil war can still be seen.

On white limestone, crag sits the undiscovered town named Bonifacio which is located near the southern coast of Corsica. Undoubtedly the best-kept secret of France, this town is also known as the “Mediterranean’s Sentinel,” or “Citadel of Cliffs,”. It has astounding boulevards and a beach of sparkling waters which doesn’t fail to attract tourists. This city is a perfect combination of breath-taking mountains and exquisite beaches. The city stands around 70 Metres high from the sea level.

The village of Rocamadour, hallowed town and imperative pilgrimage site, is perched on the edge of a limestone precipice. Alzou canyon hosts Rocamadour which is known for its wild and pristine environment and has quite a few sanctuaries. It is especially popular for its Black Virgin. Rocamadour is visited by a large number of visitors and pilgrims every year. It is the second most popular tourists attraction in France after Mont-Saint-Michel. The ramparts of the age-old fort offer an astonishing view of all of Rocamadour, the Alzou canyon and the pristine scenery.

Also Read: 10 Places To See The Most Beautiful Sunset

Residing in the heart of the Serrania de Ronda, Ronda is a city cliff which is about 100kms from the city of Malaga, Spain. It sits on top of a deep canyon and lush river valleys surrounding it offers a breathtaking a view. Being one of the most alluring cities of Spain, it attracts thousands of tourists, especially the ones on a Costa del Sol holiday. Julius Caesar was the one who declared Ronda as a city during the first century AD. Ronda is the motherland of bullfighting. One can still find Spain’s oldest bullfighting ring there.

It would be no wrong in calling Positano “the jewel of Amalfi Coast”. Its scenic beauty cannot be described in words. It is one of the most popular and famed hillside villages because of its charming nature and beautiful landscape which makes it an ideal romantic destination. A lot of tourists are mesmerized by the view of the beige, pink, yellow and terra-cotta houses descending down the banks of the coast to crystal blue Mediterranean waters. Visiting Positano is no less than stepping into a beautiful dream. Positano hosts serpentine characterful streets, amazing restaurants and breath-taking views which makes it the perfect place to live out your Italian fantasy.

Al Hajjar is popular as the town that hangs over a crag. Undoubtedly, it is one of the most amazing accomplishments of archaic architecture as the town truly dangles off the precipice face. This town is one of it’s kind and is built on a very limited square length. The early Yemeni architects really deserve an applaud for planning the town so beautifully as the town hints about their sophisticated and advanced civilization.

Bandiagara Escarpment is an impressive sandstone cliff having high plateau above and sandy semi-desert plains below and is around 150 kilometres long. As per UNESCO, it is “an outstanding landscape of cliffs and sandy plateaux with some beautiful architecture.” Its geological and archaeological characteristics make it one of the most popular destinations in Africa. Bandiagara has been inhabited for a minimum of 2,000 years and is home to the Dongons.

Acapulco is a beach resort town residing on Mexico’s Pacific coast. Sitting on a huge bay supported by high-rises and the Sierra Madre del Sur mountains, Acapulco is quite popular for its nightlife, beaches and golf. During the 1950s, it was really very popular among tourists. But as time passed over-crowding, pollution, and drug trafficking tarnished the beauty of the city. Now after these many years, Acapulco is reviving fastly. It is becoming a popular weekend getaway place for a lot of Mexicans.

It is totally justified to denote Santorini as the supermodel of the Greek islands. Popular for its multi-coloured precipice that ascends out of a crater drowned in the sea and is topped by the accumulation of beautiful buildings, Santorini is definitely one of the most recognised islands around the globe. It is no surprise that visiting this place is on the bucket list of many because of its ravishing scenery, volcanic-sand beaches and most importantly romantic sunsets. Not only thousands, but Santorini is visited by millions of tourists every year. It is also listed as one of the beautiful small towns in Europe that you should visit.

Located in southwestern Colorado, Mesa Verde is the habitat of popular cliff dwellings of the ancient Anasazi tribe. Often known as the most significant archaeological preserve of Native American culture, it’s construction dated back to the 12th century. The Anasazi built houses in hollow caverns as well as under rock bulge along the chasm embankments. The interesting fact is the houses were not small, some of these have around 50 rooms. Cliff Palace and Spruce Tree House are most popular among these. Mesa Verde is preserved pretty nicely and is inscribed as a World Heritage site by UNESCO.

These are the 10 most famous city cliffs in the world. KIndly share and do post your comments.