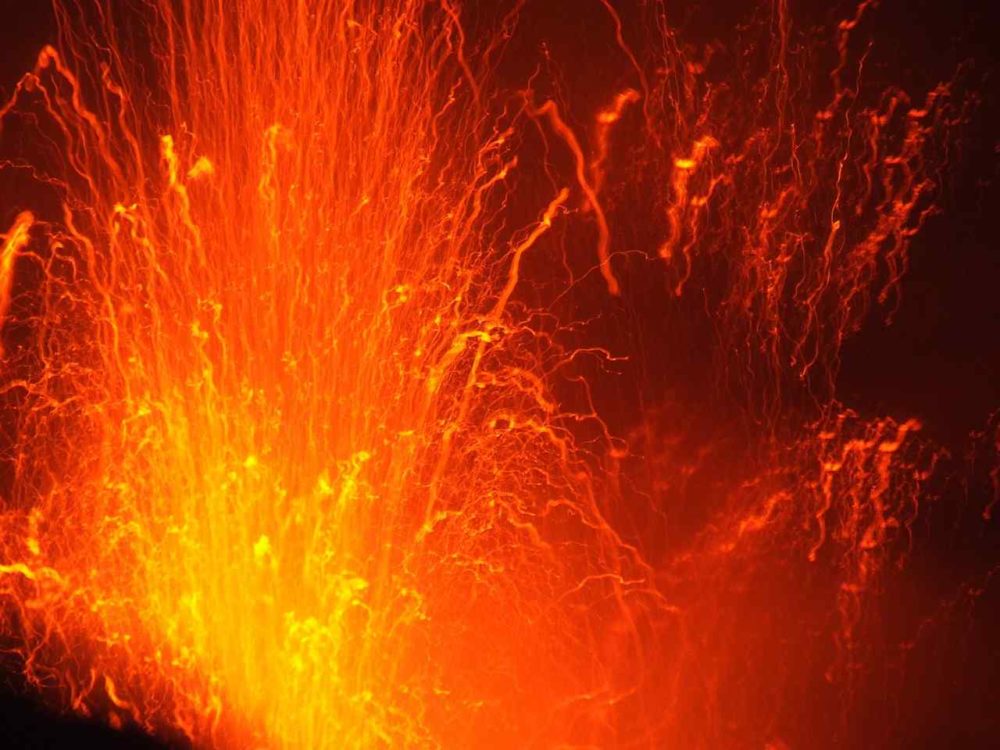 A volcano can be defined as a mountain that opens downward to a pool of molten rock deep beneath the surface of the Earth. When natural pressure created beneath the pool volcano erupts. During the eruption rock and gases shoots up through the opening of the volcano spill over the land and air with lava fragments. The dangerous area around the volcano can be considered under 20-mile radius. The volcanic ash is made up of pulverized rock that can be harsh, gritty and acidic in nature. These ashes can be harmful to the lungs of older persons and babies. The lightning we see during an eruption is caused by the friction between the ash and the surface, Let me tell you some of the important facts about Volcanoes,

1. The biggest volcanic eruption ever recorded was the explosion of Mount Tambora on Sumbawa Island of Indonesia.
2. During the volcanic eruption of Mount Pinatubo, the gas and other particles have been increased so much in the atmosphere that it decreases the global temperature by 0.5 degrees Celsius or 0.9 degrees Fahrenheit.
3. One of the most active volcanoes on planet Earth Hawaii’s Kilauea volcano has been erupting continuously from past 29 years starting from 3rd January 1983.
4. The largest volcanoes on planet Earth are shield volcanoes. They have gentle slopes which have been structured by the fluid basalt lavas. One of the most interesting facts about Volcanoes.
5. The world’s largest volcano is Mauna Loa volcano. It has a height of 13,677 feet above the sea level. The total height of the volcano is 28,000 feet from the Ocean floor.
6. According to the U.S. Geological Survey, Japan, and Indonesia has the highest number of active volcanoes. The United States ranks third in the list of active volcanoes. The survey also says that about 1500 volcanoes have erupted in the past 10,000 years. The 10 per cent of the total eruption happened in the United States.
7. During the volcanic eruption of St. Helens in 1980, the volcano has produced approximately 540 million tons of ash. The area it covered was 57,000 square kilometres.
8. There are numerous mild eruptions in Italy’s Stromboli Volcano. They are very frequent and lava fountaining with emissions of gas, ash and volcanic bombs.
9. There is a special type of glass named called Pele’s hair produced in the Hawaiian volcanoes. It was named after Pele since he was considered as the Hawaiian goddess of volcanoes.
10.Modern Humans have never seen a supervolcano eruption. The most recent supervolcano eruption happened in Indonesia about 74,000 years ago. According to Freethink.com supervolcanoes have the power to trigger widespread climate change and global starvation.

These are some of the facts about Volcanoes that you should know. Do post your comments.