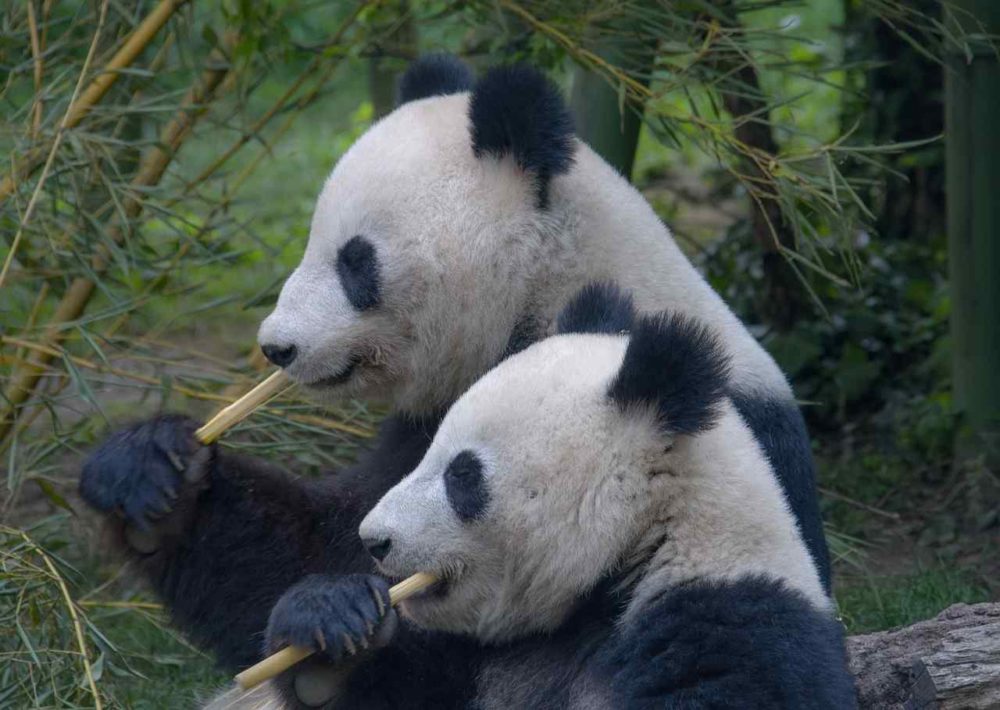 The giant panda is also known as panda bear or simply panda. They are mostly found in south-central China.  It is always good to watch the panda in a group or alone. They are really cute and adorable animal. There are many facts about pandas that you don’t know, Let me throw some lights on these facts before you watch the video.

1. The giant panda’s having black and white coat is one of the shyest and rarest animals in the world. They are one of the best-known species.

2. The giant pandas send two third of their time eating and the rest of the time resting.

3. Panda loves bamboo and there are about 20 different species of bamboo that pandas will eat. They are so poor in nutrients that the pandas have to consume up to 20kg each day and it will take approximately 16 hours.

4. Pandas are the one who can climb up to 4,000 meters to feed themselves on higher slopes in Summer season.
They don’t have any specific place where they can rest down but simply they can lies down anywhere on the ground when they want to rest or sleep.

5. During Winter season, the giant pandas don’t hibernate but take shelter in caves and hollow trees.

6. A new cub will be born after 5 months of mating between a male and female panda. They usually born in a nest of bamboo. It is very rare that female panda to give birth to twins if she does so, the survival of the second panda is very rare.

7. They also come under endangered species of the world. There are only about 1,000 giant pandas left in the wild.

8. The main reason why they come in endangered species is the erosion of its habitat due to the clearing of areas for crop cultivation.

9. They used to resemble a bear but in fact, they have a strong liking towards racoons.

10. Pandas can poop upto 40 times a day and lifespan is approximately 20 years in the wild.

12. In his lifetime, Pandas spend 55% of their life cycle by collecting, preparing and eating bamboo.

13. The Red panda and giant panda share the same diet and habitat, however, as per researchers and scientist red panda comes in racoon family while giant panda is in the bear family but some scientists believe that the pandas are so special that they should come under a separate family.

14. The female pandas are only fertile for only two or three days of the year and ovulate only once a year.

15. It is believed that pandas have lived on Earth for two to three million years.

These are the 15 interesting facts about pandas. Do post your comments.