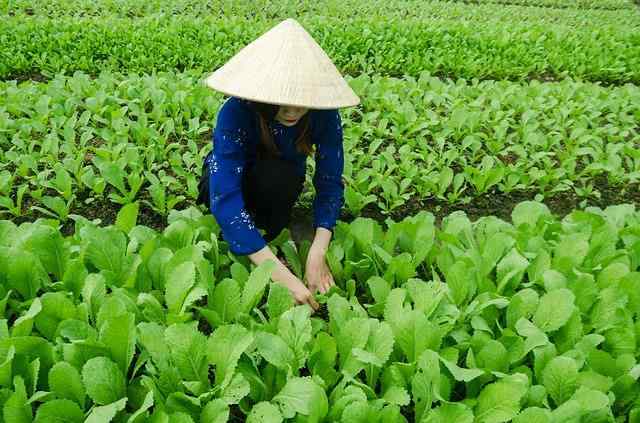 Organic has gained a lot of popularity in the last few decades. Today, in the US it a huge business with consumers spending over 39.1 billion on organic produce (2014). The popularity of organic food is not slowing down as people are spending more across the world because they think organic food is more safe, healthy, and delicious. Also, it is better for the environment and animals.

Organic foods are those which have been grown without artificial chemicals, antibiotics, and hormones. In simple words, to label organic, a food must be free from of artificial food additives which include flavouring, colouring, preservatives, and artificial sweeteners. There are many facts about organic food which you are not aware of. Let me give you few examples, most of the organic food today comes from Mexico and China, so if you are eating organic good to help our Earth you must know from where your food comes from. Almost, all organic foods travel a thousand miles before they reach your grocery store. There are many processed foods which are labelled as “Organic” like oatmeal and cookies. They contain approximately 5% non-organic ingredients and are still able to qualify for USDA (United States Department of Agriculture) “Organic” label.

Organic yield is always lower because they are grown without using pesticides. Therefore, organic produce is 50 per cent more expensive than conventional produce. So, let me tell you a few important facts about organic food that you must know,

1. If you are not able to afford Organic produce, don’t worry. The Environmental Working Group (EWG) has made a list of the “Clean Fifteen” which are the fifteen conventionally grown produce items with the least amount of pesticide residue.

2. Organic chickens and their eggs are egg free. They are not being given any antibiotics or vaccines. Also, their diet includes insects and organic feed. It is far better than the stuff most factory farm animals are offering.

3. Organic isn’t just related to eating crops. Cotton is one of the huge crops that are grown in 17 states of the United States. They are mostly used for clothing and by wearing organic clothes won’t let off pesticides but it will help in supporting sustainable growth practices and keeps pesticides out of the groundwater.

4. For any farm to be certified as organic it will not use any prohibited pesticides, GMO seeds or products, or you can say sewage sludge can be used on the land to grow organic crops for 3 years. Obviously, organic farming is far healthier for soil in long term.

5. Wines that are labelled or grown organically contain no added sulphites. So, if you’re someone who gets headaches from red wine or is sensitive to sulphates, try organic wine. The United States usually import wines from France, Italy, Argentina & New Zealand, and these countries are very strict for regulating the production of both wine and organic food.

6. GMO’s (genetically modified organisms) can never be used to produce production or organic meat. If you are purchasing meat, both seeds and the feed that animals get should be non-GMO.

7. Round-Up, one of the most common pesticides used and made by Monsanto, Glyphosphate is one of the main ingredients has seen a large increase in use in the past decade. It has stronger links to cancer. Two more ingredients in Roundup are becoming issues as well namely diazinon is being further researches for being possibly carcinogenic, and Malathion, which the World Health Organization found to cause prostate cancer and non-Hodgkin lymphoma. One of the most important facts about the organic food you must know. These chemicals specifically are never used in organic farming.

8. How will you know if the produce is organic? You must look at the PLU (price look-up) code on the product or sticker. If the first number is a 9, it’s organic. If it’s an 8, it’s genetically engineered (GMO).

9. Most organic meat is grass-fed meaning that generally cows can graze and roam about doing cow things, and eating grass. It’s their natural diet, results in happier livestock, better meat for us.

10. Try to buy vegetables from local farmers, they are not USDA (United States Department of Agriculture) but more than happy to talk to you about how they grow their produce and what, if any, pesticides they use. It’s always better to know where your food comes from is vital to know what’s in it.

11. Packages that contain the trademark of the USDA Organic seal that may contain 100% organic ingredients.

12. Organic farmers include insect traps, careful crop selection that includes disease-resistant varieties and beneficial microorganisms, however, farmers spray pesticides that can leave residue on the farm itself.

13. All Organic producing nations like the European Union, the U.S., Canada, Japan etc have a special certification program based on the government norms.

14. There are several studies that show that pesticide in children’s urine was significantly lower if they are consuming organic diets.

15. Organic milk is one of the fastest growing sectors in the beverage market.

These are the interesting facts about Organic Food that you might want to know. Do post your comments.