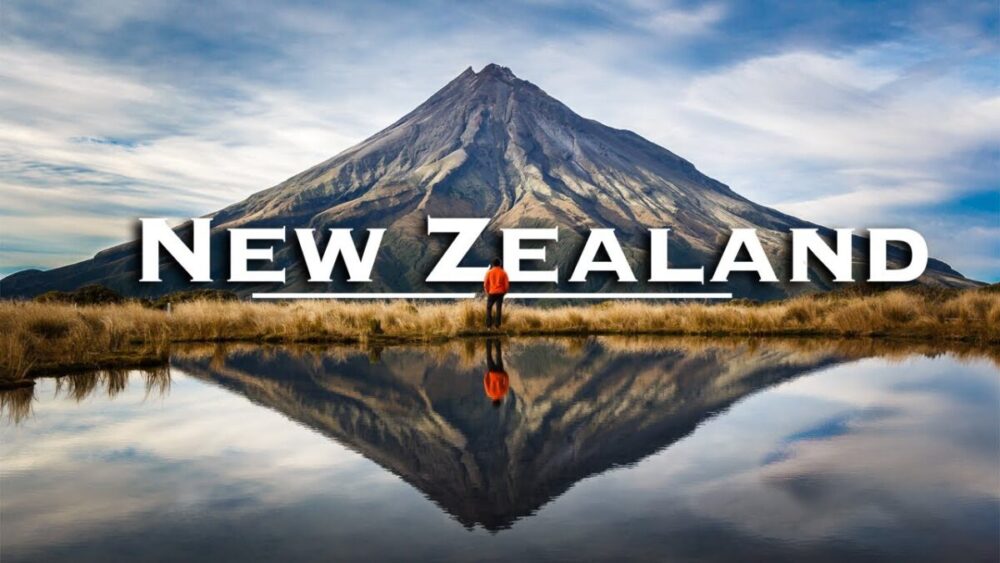 New Zealand is a great country. Located in the Southern Hemisphere, the climate is stable and temperate–the ups and downs of temperature aren’t so sharp. Everything is steady except for a few things. Read along to find 10 unusual things about New Zealand for travelers!

Globally New Zealand is isolated from the outside world. It takes around 12 hours to cross the equator on a plane and land somewhere in Korea or Russia. It takes 24 hours to fly from New Zealand to the furthest countries from it on the map: Hungary or any European country.

The antipode, which is the point on Earth’s surface diametrically opposite to the other one, of Auckland is in Spain, Olvera. Hence, if you wanted to plan a trip to Europe, you would need to consider flying time, arrivals, hotel stays, waiting times in much greater detail than in any other flight travel arrangement you make. The antipode also makes it difficult to establish mutual communication on both ends without both parties asleep. If someone lives in Europe, then they would need to wait until late evening or early morning to make a call to someone from New Zealand for them to respond. 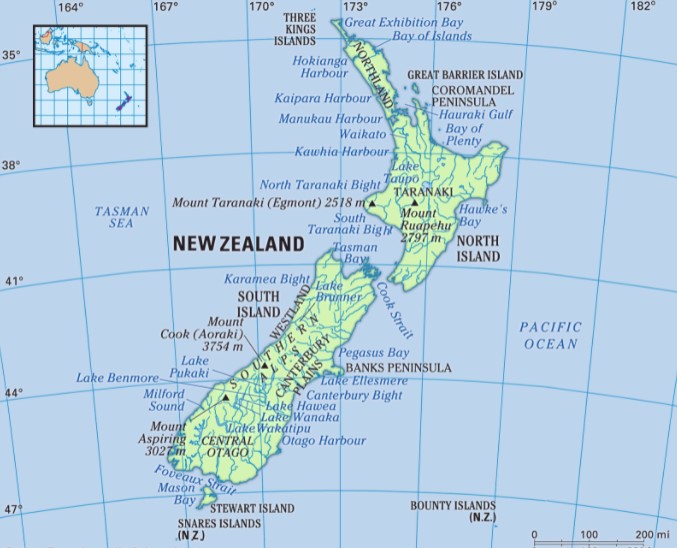 Oceania is geographically positioned both in the Western and Eastern Hemispheres of the Earth. Since New Zealand is on the west of the division line, it is one of the first countries to celebrate the New Year. This makes New Zealand ahead of other countries by 10 to 11 hours.

The New Year comes at midnight for the first time at the Pacific Islands, Samoa, and Kiribati. These two countries are closest to the international dateline. Then comes New Zealand and other countries which celebrate New Year 1-2 hours later.

It is crucial to mention that New Zealand is an ever-green country. Unlike other countries, New Year happens in summer. When you celebrate it, you will not see snow in Auckland or other areas. New Year in New Zealand is quite peaceful, have warm winds, high temperatures, and good sunny weather. That’s why the high season, the most preferred time for outdoor activities, is in summer: December to February. These months are the best time for most tourists to visit New Zealand. 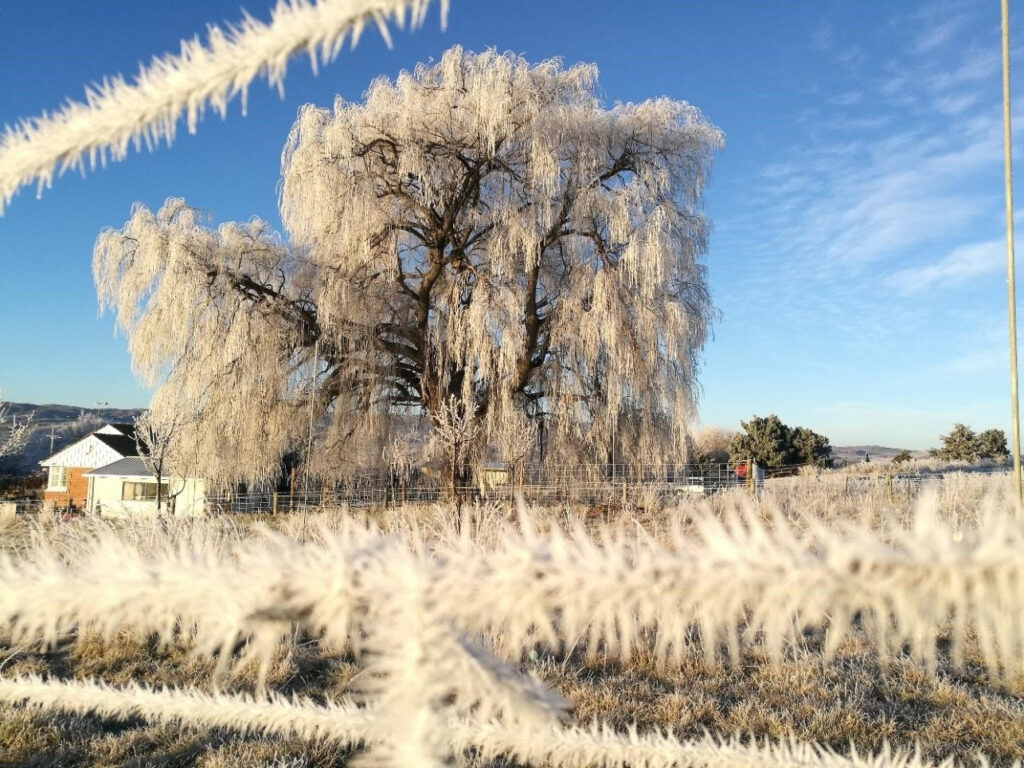 Although it is usually warm and nice during summer, in winter, however, it is quite rainy and chill. Occasionally, the weather may get so unpredictable in winter that the frost may start to grow out of the car, and windows or a hailstorm may occur. It is a good habit to wear gloves, a rain jacket, some warm clothes, and perhaps a hat during bad weather conditions in winter. This way, you will rest assured that you are protected against cold and accidentally getting wet.

Not all winter stays like this. Some days are sunny and completely look as though it was summer. You will still see green leaves on trees but there will also be trees without leaves that do not grow during this season.

Both the climate of New Zealand and its location empowers the wind direction in such a way that whenever it is coming from the Indian Ocean from the northwest, people will often experience warm and cozy temperatures, especially in open areas like Auckland.

Whenever the wind changes direction and starts to blow from the southeast, the cold air of the South Pacific and Southern Oceans will start to arrive on New Zealand’s shores, bringing chill and frosty weather. 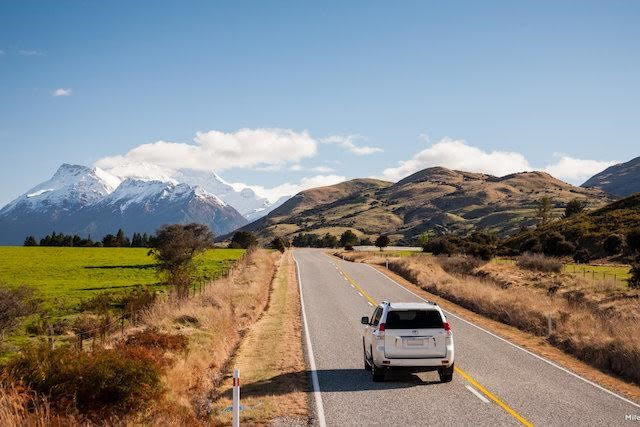 Contrary to what is used in other countries such as China, Russia, Europe, and some Asian countries, the driving rules enforce people in New Zealand to drive on the left lanes of the road. This could make it difficult for some travelers to adjust to the new conditions on New Zealand roads as there are new give way and exit rules. 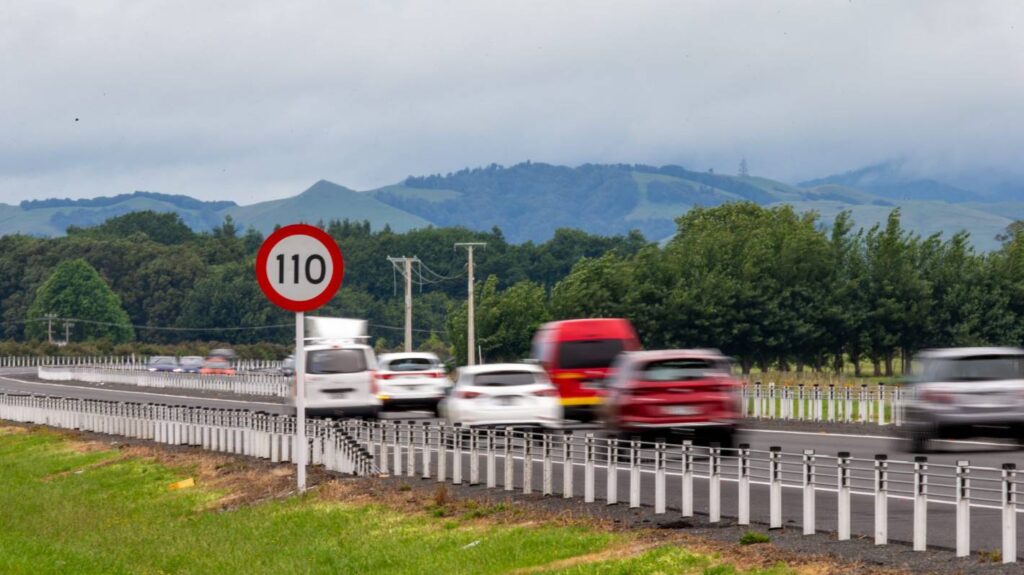 The speed limits are quite different as well. The most common speed limit in cities is 50 km/hr. Some parts of the countryside allow driving up to 70 km/hr in smaller towns. On motorways, the usual speed is 100 km/hr while some restrictions might limit it to 70 or 80 km/hr.

Out of the city, the motorway may drop any limit condition on the road by a “no-limit” road sign. The roads of New Zealand are well regulated, hence the various degrees of speed limits. Being a safe country, New Zealand tries to enforce speed limits that better care for its citizens.

New Zealand has no natural predators. That’s why there is an abundance of species of various families–from birds to lizards to fish and bigger animals like seals. Fishing is enabled by access to freshwater rivers, lakes, and the sea. The most notable fish species here are Snapper, Hoki, John Dory, Lemon Sole, Yellowtail Kingfish, Mackerel, and many more. New Zealand is notable for slim and healthy fish.

Apart from fish, New Zealand is also a country of sheep. Roughly estimated, there are 9 sheep per 1 person living in New Zealand. Hence, this calculates to around 40 million sheep across the country!

The only “bad” animals here are pests, such as possums, rats, rabbits, feral cats, and some insects. They prey on endangered species, eat tree leaves, damage crops on farmlands, and do other harm. However, they are mainly controlled by a conservation department organization, which uses traps, poisoning, shooting, and other means to control their numbers. Check this blog post by New Zealand Nature to find a full description of damage caused and the background information of a possum pest. 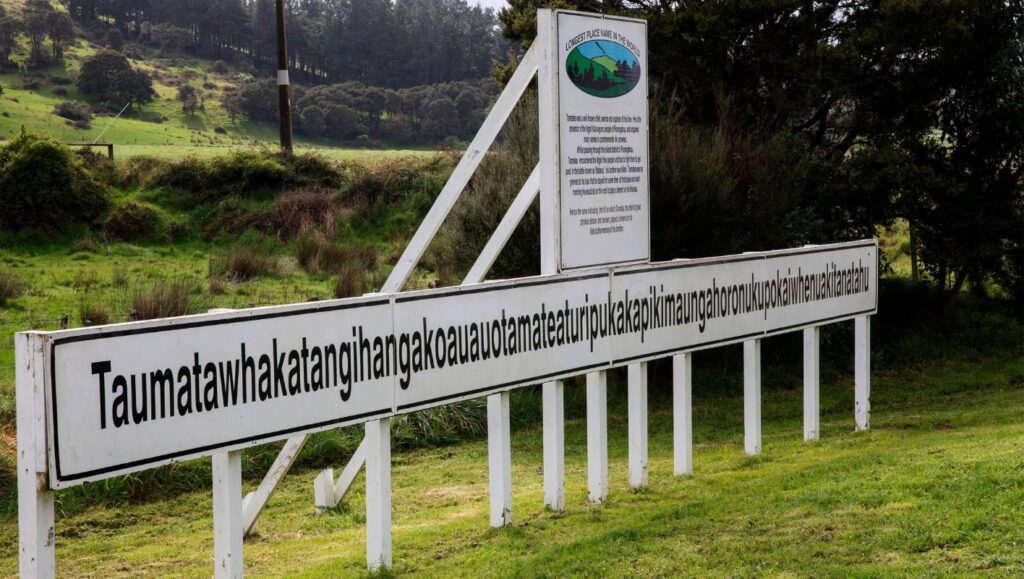 In the Maori language, this phrase means “The summit where Tamatea, the man with the big knees, the climber of mountains, the land-swallower who traveled about, played his nose flute to his loved one”.

While this article has covered 10 or so facts about New Zealand, I am sure there are dozens of facts to be found and enjoyed about this beautiful country.