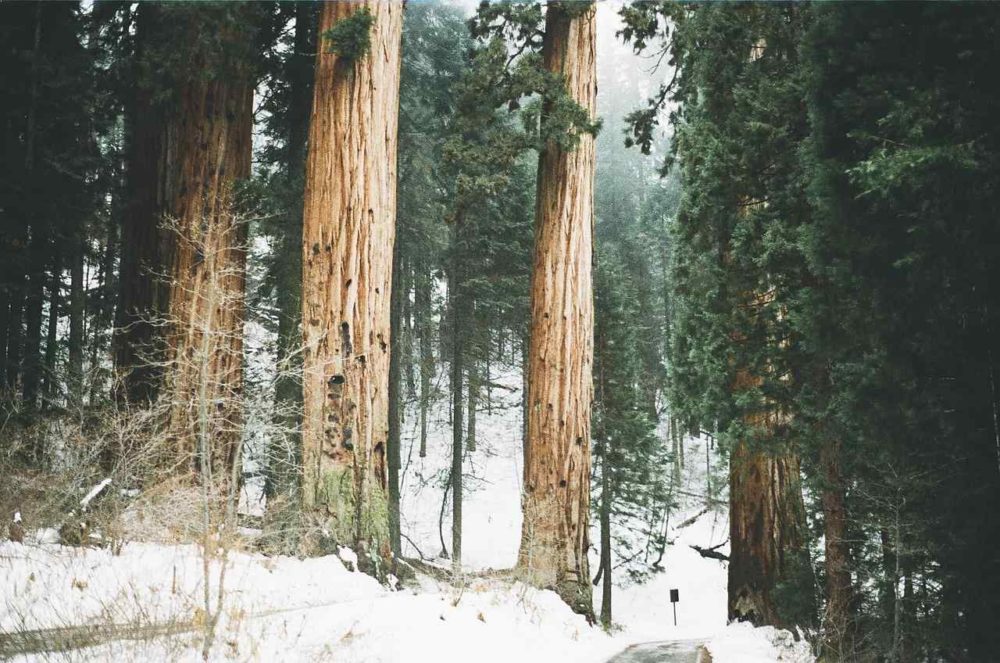 Giant Sequoia is the natural skyscrapers in the world because of its height and size, however, these trees can only be grown on the 260-mile strip on the western slope of the Sierra Nevada mountains at 5,000 and 7,000 feet.  The tree is 247 feet in height with very wider trunks. The tree belongs to the family Cupressaceae and native to Sierra Nevada Mountains in California. Giant Sequoia is the largest species on the planet and was discovered in the 19th century. It is also one of the endangered species because of the deforestation and special target by the loggers. There are still many facts related to this huge tree that you don’t know. This tree can be seen in the United States forest. The country listed among the largest forest area in the world. Here are some of the spectacular facts about the giant sequoias,

1. The branches of the giant sequoia tree’s can be eight feet in diameter making it one of the largest in the world. The species can grow up to 164 to 279 feet in height and 20 to 26 feet in diameter.

2. Giant Sequoia can be only grown on specific soil named alluvial soil and also a specific climatic condition is required for their reproduction. It is also one of the reasons why the tree is endangered.

3. The branches of the tree will only grow on the upper part of the tree making a shape of a rounded crown.

4. There are unique green cones develop at the age of 12 years on the tree and it remains closed until the age of 20 years till the tree reaches maturity.

5. The tree produces 60 million seeds in its lifetime but the fact is that only 3 or 4 seeds out of these will grow into a full-fledged tree.

6. The oldest known sequoia tree is 3,200+ years old. The exact age of the tree can be determined by counting the total number of rings on the tree.

7. The tree is protected by the special kind of tannin it produces while growing and sequoia seeds are almost pure tannin.

Related: 5 Oldest Trees in the World

8. The bark of the tree is resistant to fire and you can see traces of the forest fire on many trees but they are healthy beneath the surface.

9. The wood of the tree is not meant for the construction industry because they are brittle in nature. They can be used for fence posts and toothpicks.

10. The biggest specimens of the giant sequoia are known as General Sherman, General Grant, President, Lincoln, Stag, and Bole.

11. The seeds of giant sequoia tree’s can be spread with the help of Wind, insects and rodents in an area of 590 feet away from the parent tree.

12. Giant sequoia trees are one of the hardiest trees in the world, however, their thick bark makes them flame resistant. Also, it develops resistance to fungal rot and wood-boring beetles.

13. The largest species on the planet will not stop growing until the day it will die.

14. The Giant Sequoia is the third longest-lived tree species in the world and can be reproduced by seeds that remain in the cone for 20 years. Forest fires help them to grow from the burnt and bare soil.

15. The tree species is an evergreen plant and develops a miniature and scale-like leaves are spirally arranged on the branches of the trees.

These are the incredible facts about Giant Sequoia. Do post your comments.