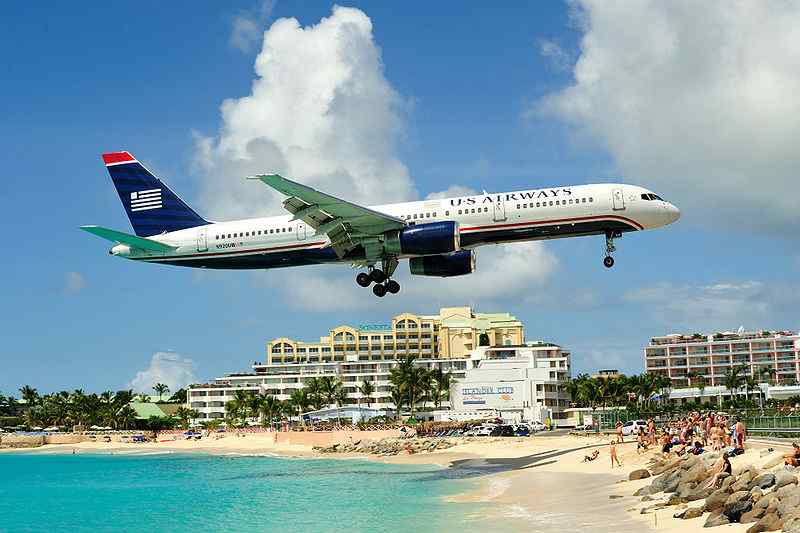 How can airports be extreme? How much catastrophic can it be? Which are the most extreme and how are they ranked? So many curious questions! Extreme airports are ranked based on a number of factors that are quite dangerous and always add a risk factor in every arrival and departure. Some of the factors include smaller runway, an airport near a very dense populous area, number of arrivals in an hour, number of passengers, number of rides each day, airports in hilly areas, strong winds, etc. 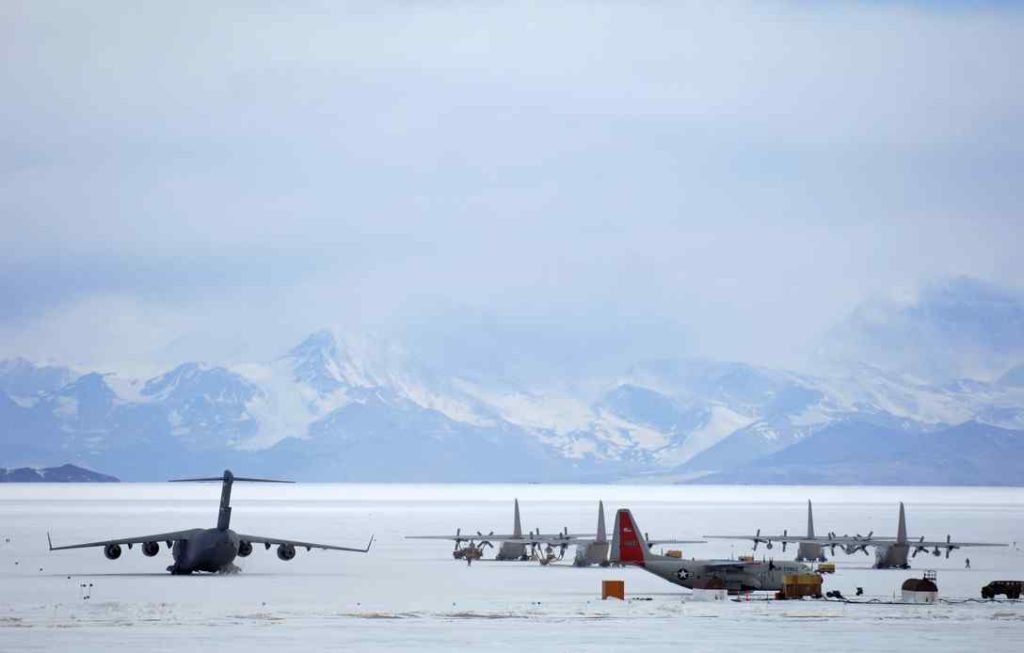 The Paro Airport is the only international airport out of the four airports in Bhutan. It is located in the Paro city of kingdom Bhutan. The surrounding peaks have an altitude of 5500m. Only certified pilots are allowed to land here. The airport is in a deep valley of 2,235m depth. The airport has a 1,964m asphalt runway. As the mountains are high and the runway is in a valley, it is one of the most extreme airports in the world. 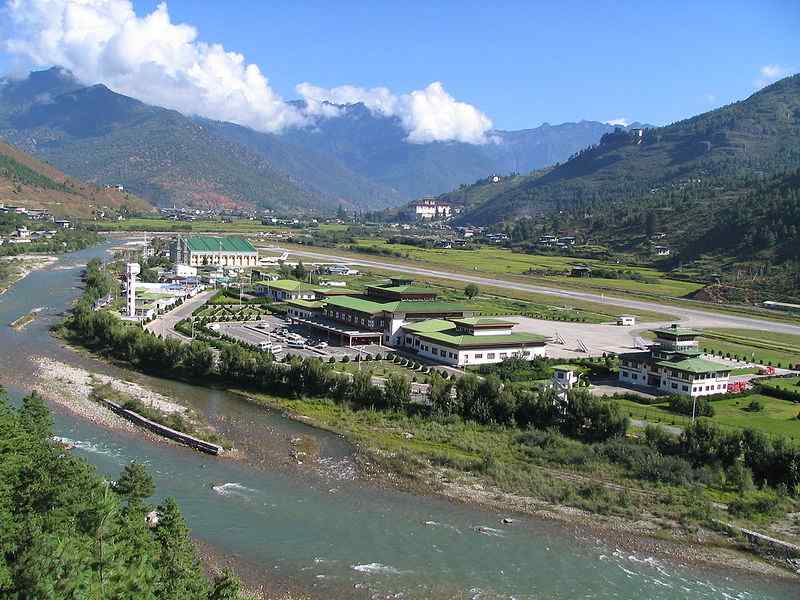 The Gustav III Airport is located on the French island of St. Barths in the Caribbean sea. It has an unbelievably short runway. There have been a couple of mishaps in the history of the St. Barths. It has a runway of 640 metres. The pilot has to be experienced to land on this runway. Moreover, pilots need to have a special license to land here. The strong winds also sometimes kind of makes it difficult to land.

Also Read: Top 10 Most Luxurious Airlines In The World 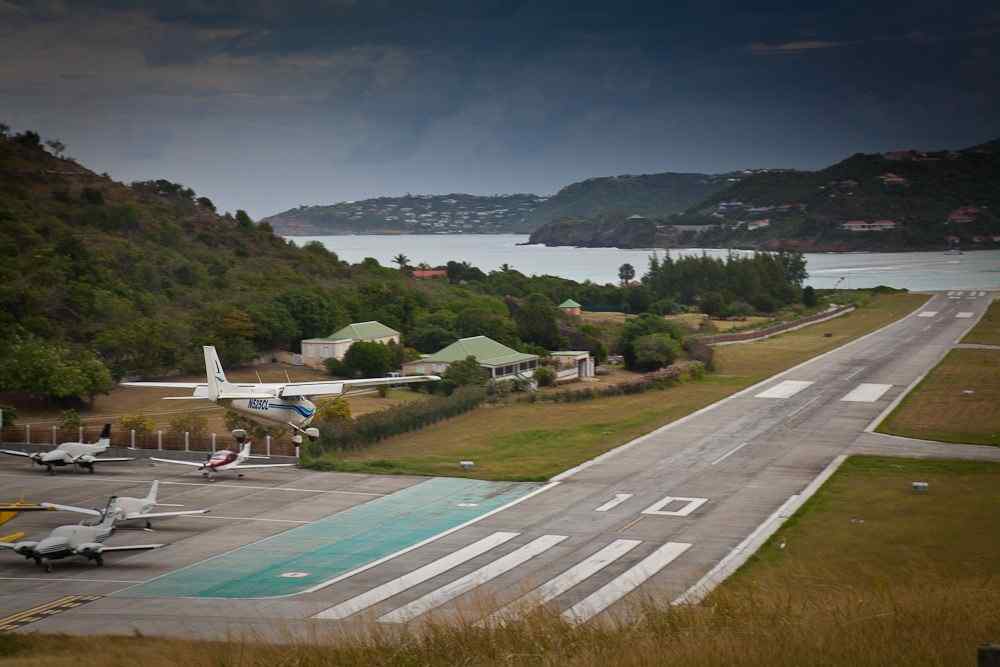 Princess Juliana Airport lies on the island of Saint Marteen. The Saint Marteen island lies to the southeast of Miami. It was opened in 1944. It serves 1.7 million passengers annually. As the island is a vacation spot, the air congestion is more. But air congestion is only one small factor, the most haunting factor is its location. The runway is surrounded by mountains and the mountains are like 800 high so the pilots have to take off at a sharper incline. The runway is surrounded by local beaches, public roads, hotels, and buildings. Due to the close proximity of the aircraft to the beach and the roads, it is probably the greatest aeroplane viewing spots in the world. It is one of the extreme airports in the world.

The Gibraltar Airport is in the British overseas territory of Gibraltar which is located at the tip of Spain. The airport was constructed and opened during World War II and at that time Gibraltar was an important naval base for the British. The Mediterranean Sea lies on the south of the Gibraltar Airport runway and on the west lies the great Gibraltar rock which makes the landing dangerous. Due to the sea on either side of the runway, a moist wind is formed due to which turbulence produces during the time of landing. This wind is so strong that it tries to tumble the aeroplane so even the most experienced pilots have difficulty in balancing the aeroplane. The most spectacular thing about this airport is the intersection of the public highway and the runway. 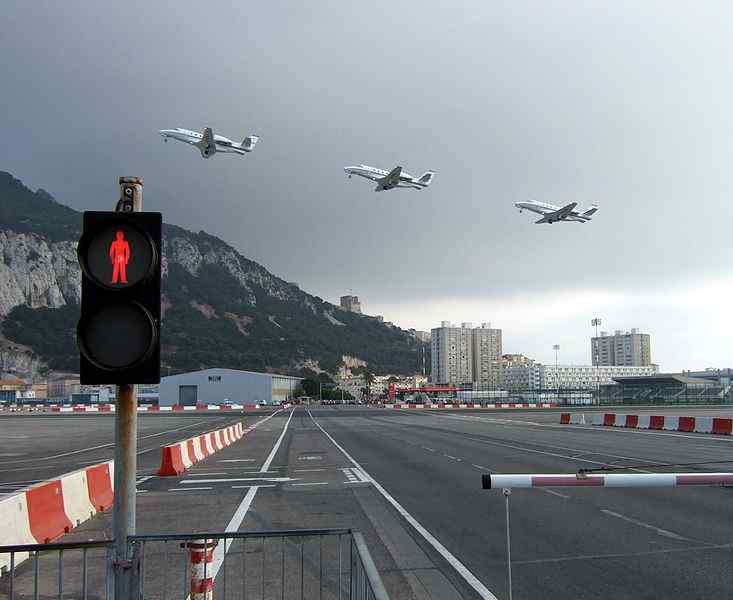 The Kai Tak was an international airport in Hong Kong, China. It was in operation from 1925- 1998. It served 30 million passengers every year. It was replaced by the new Hong Kong International Airport at Chek Lap Kok. On the north and north-east side of the runway stands hills having an elevation of 2000ft and on the south of the runway is the Victoria Harbour and on further south lies the Hong Kong island. On the north side lies tall six storey buildings. It was very difficult for the pilots to land because they had to approach directly through the downtown buildings. It was a visual landing runway i.e. the pilots had to literally mark a position on the surface to land safely and when the visibility reduced, it became riskier. So the airport authorities decided to make a sign by drawing red and white checks on the side of the hill. So the pilots would know when to take a turn. 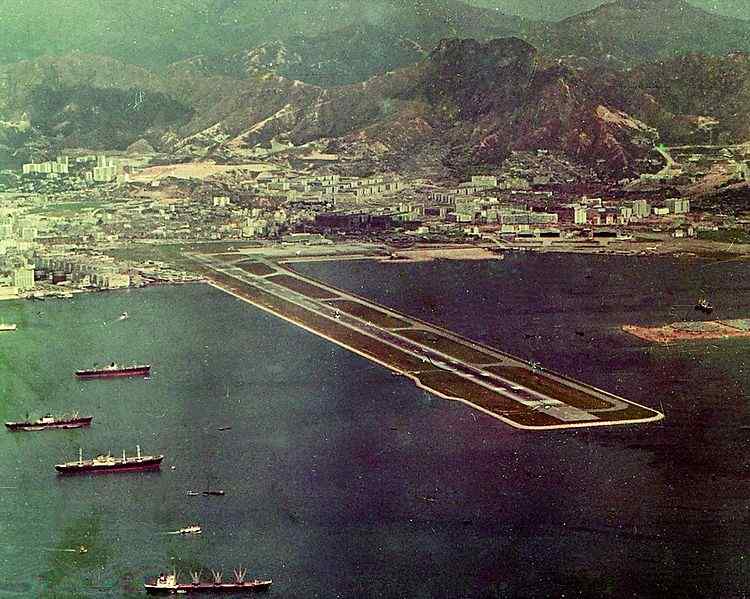 One of the extreme airports in the world, Courchevel Altiport is an altiport serving a ski resort- Courchevel in the French Alps. It is perilous due to a very short runway of about 537 metres. It has a gradient of 18.6%. It was opened in 1961. The runway has an unusual upslope in its construction which makes it more difficult for the pilots to approach the land. Moreover, the altitude and the mountain terrains make it more extreme. Also, sometimes due to unexpected weather situations like fog and snow reduces visibility. This airfield is particularly used by smaller fixed-wing aircraft and helicopters. The elevation of the airport is of about 6535ft. 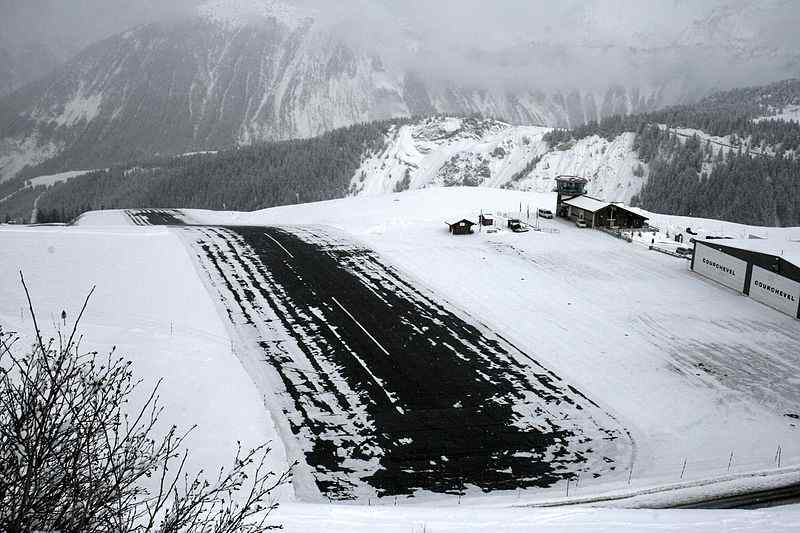 Eagle County Airport is a regional airport west of Eagle County in Colorado, USA. It has one runway and covers 632 acres. This is considered in the list of most extreme airports because of the variating weather patterns and the terrains. It was opened on 14 September 1947. The airport itself is constructed in a valley. The altitude is also very high and due to this reason, the horsepower gets reduced. The airport is largely seasoned mostly busy during the ski/winter season. During this season, it becomes the 2nd busiest airport after Denver International Airport. The runway length was increased to 9,000 feet in 2008-09. 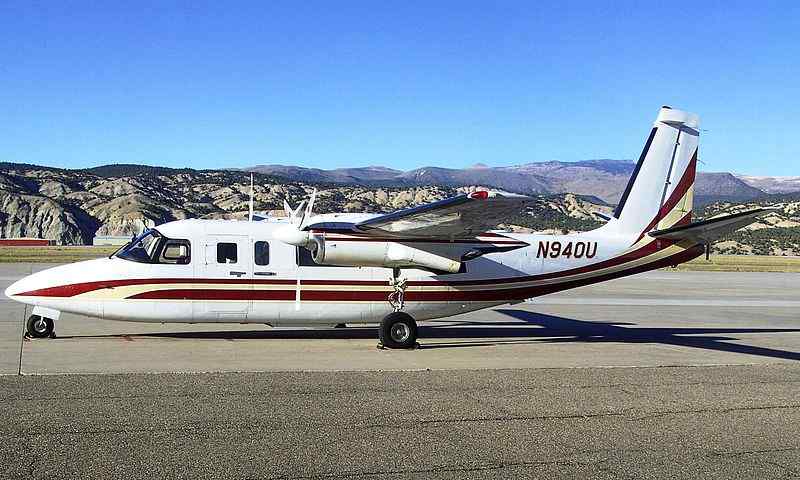 The Madeira International Cristiano Ronaldo Airport is an international airport situated on the Portuguese archipelago and autonomous region of Madeira. The airport is located 13.2km east-northeast of the regional capital of Madeira – Funchal. The airport is included in the world’s most perilous airports due to its location and its runway construction. Pilots need to undergo additional training to land flights on this airport. The airport was opened on 24 July 1972. The landing is tricky for most experienced pilots also due to the short runway which is extended into the ocean and surrounded by ocean and mountains. The original runway was of only 1,600m. In 2000, the airport was extended to 2,781m. It is one of the extreme airports in the world. 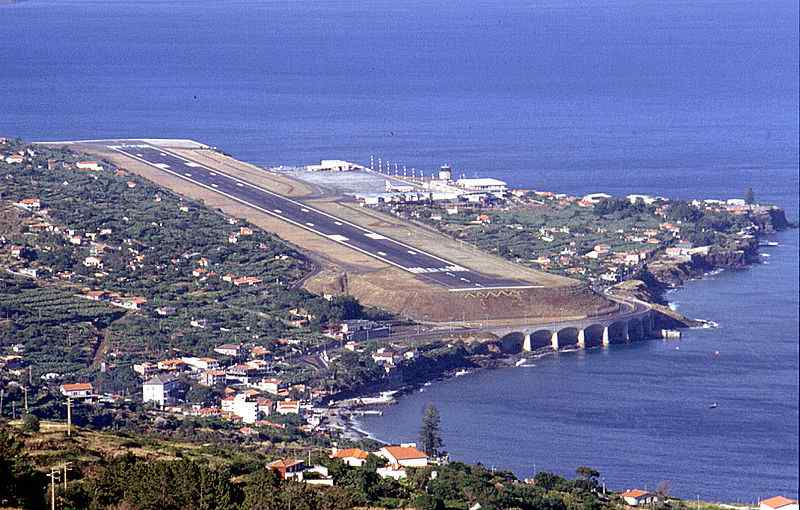 One of the extreme airports in the world, the Lindbergh Field Airport is an international airport situated at the tip of South America – San Diego, California. The skies directly above the city are literally filled with air traffic. Lindbergh Field Airport illustrates the principle of air congestion. It was inaugurated on 16 August 1928. It is owned and operated by Regional Airport Authority. It gets almost 550 scheduled arrivals in a day. Despite domestic flights, the San Diego Airport has continuous international flights to Canada, Switzerland, Germany, Japan, Mexico and the United Kingdom. This airport is the single runway busiest airport in the world and the third busiest airport in the world after Mumbai and London Gatwick. 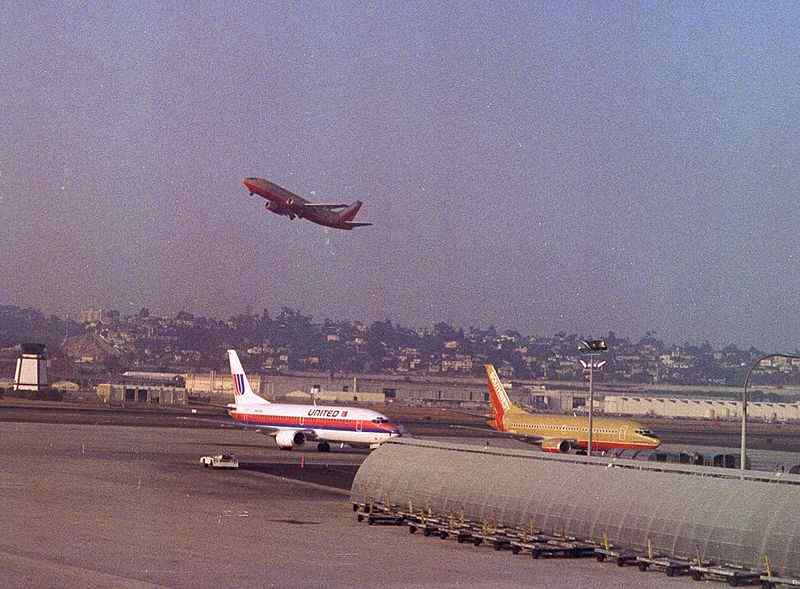 These are the 10 most airports in the world. Do post your comments.