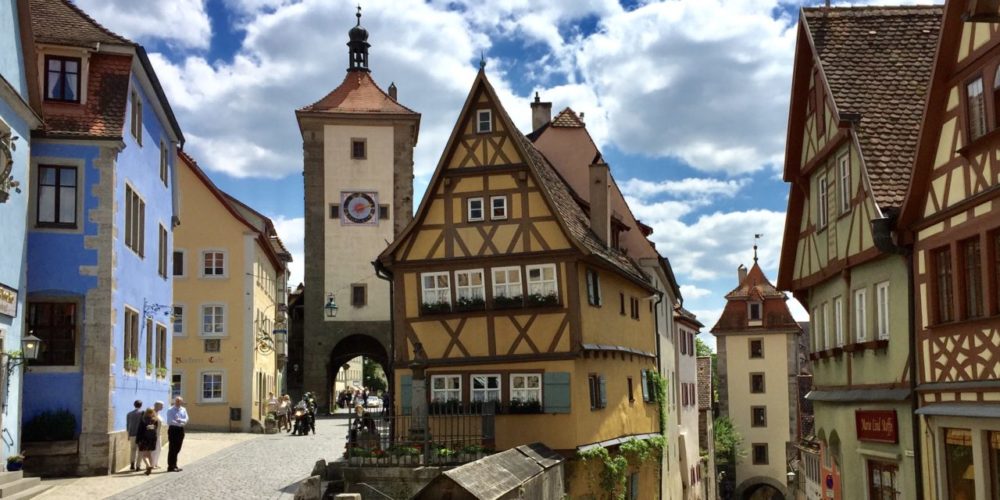 Magic seems to seep out of every cobblestone and corner in the quaint towns dotted all over the European continent. No wonder so many fairy tales originated from these old towns. Whatever the reasons for its charm, you don’t need an excuse to explore the many sights in Europe. From magnificent castles to scenic pastures and dark forests, it has plenty to offer.

The only problem may be narrowing those towns down into an actual itinerary. But that’s where this list comes into play. Follow it to discover some of the most enchanting cities in Europe and plan out that next marvelous trip. 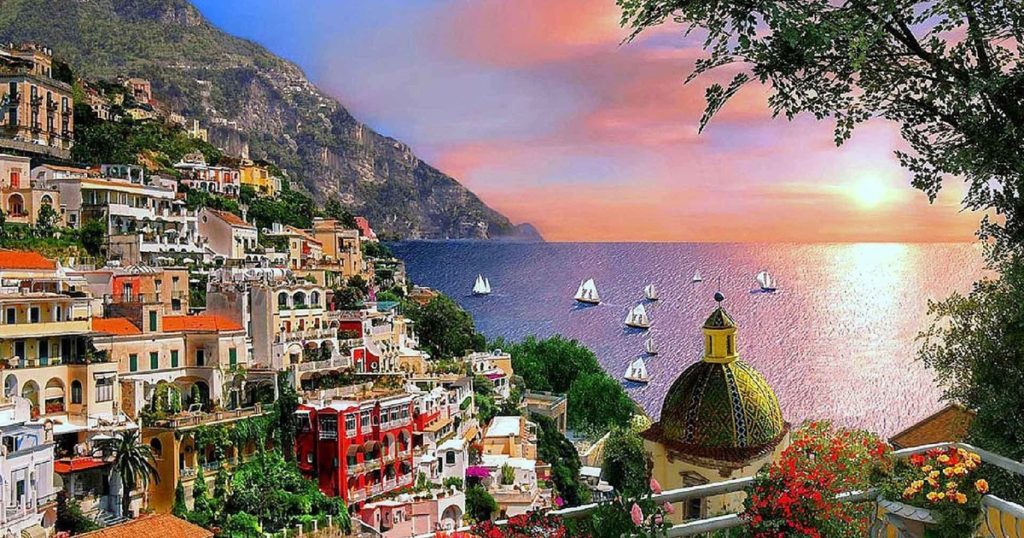 Positano might seem like a popular tourist trap, but it is a must-see destination. This tiny piece of paradise carves a chunk out of the shoreline along the Amalfi coast and offers stunning views all around. Besides the magnificent beaches, Positano is home to delightful little restaurants and pretty little churches. They all sit along sunlit cobblestone streets. 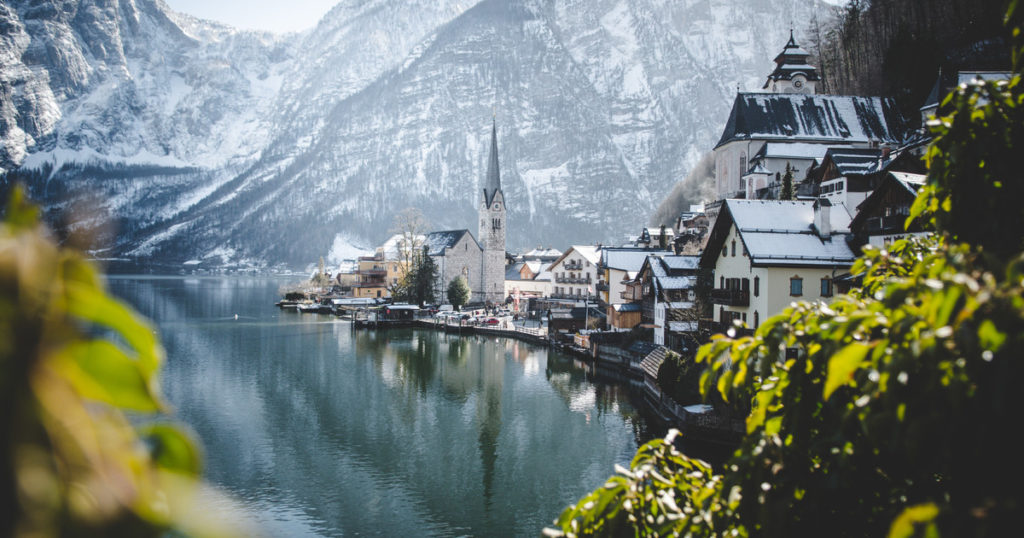 Snow-capped mountains and pristine emerald lake surround the town of Hallstatt in Austria. Many consider it one of the most beautiful lakeside towns in Europe, and it lives up to that reputation. There isn’t a lot to do in Hallstatt, but charismatic 16th-century houses tucked along the hillside make it well worth the trip. 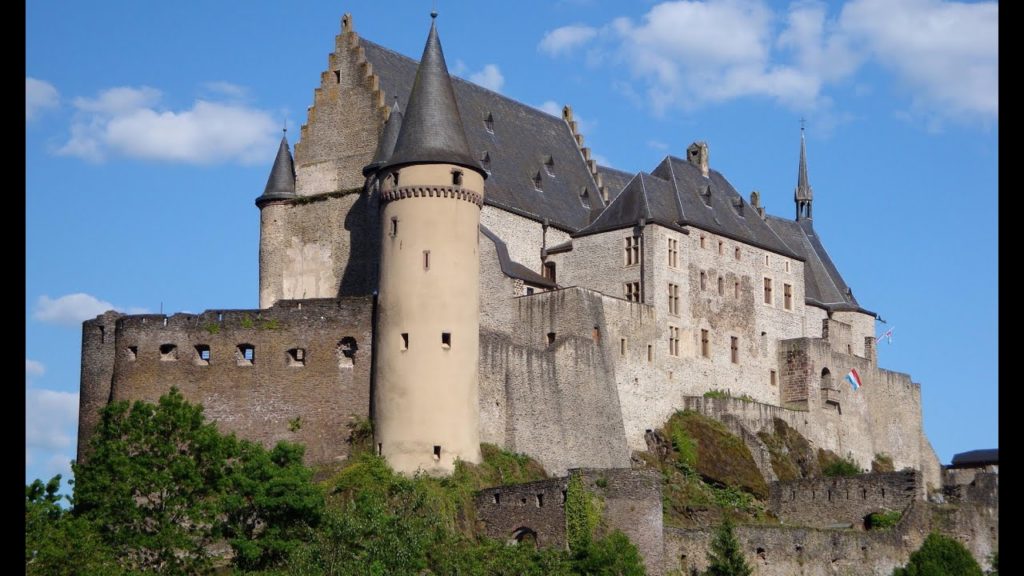 You’ll find the village of Vianden among rolling hills and winding forests, about an hour’s drive from Luxembourg City. Inviting cafes line the banks of the Our river running through town. And a grandiose medieval castle overlooks it all. It has been recently restored and refurbished and offers a remarkable look into what life would have been like back in the Middle Ages. 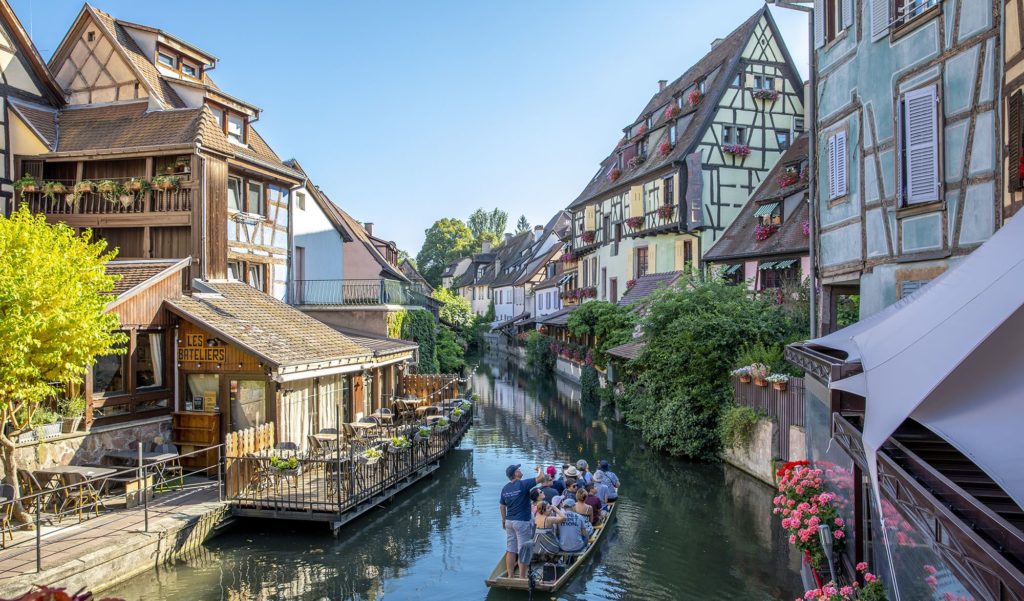 Most people flock to the major cities in France, like Paris and Nice. But many forget about the hidden jewels dotting the countryside. Colmar is one of those old little gems hidden away near the border of Germany. Surrounded by vineyards and dissected by canals, it’s hard to find a more authentic French experience. 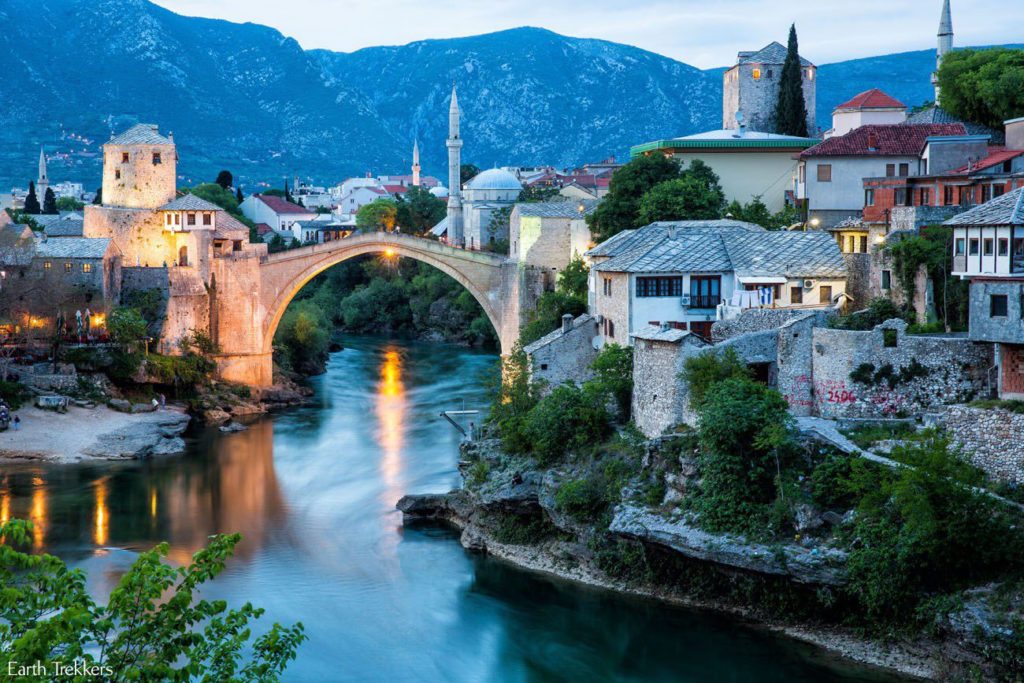 If there ever was such a thing as a fairytale village, then it might just be Mostar. This town is most famous for the captivating Stari Most (Old Bridge), which spans the verdant waters of the Neretva river. You won’t see any minstrels leading a band of mice down the streets or inviting for jousting tournaments. But, every year, young men do entertain tourists by performing daring plunges off of this famous bridge. 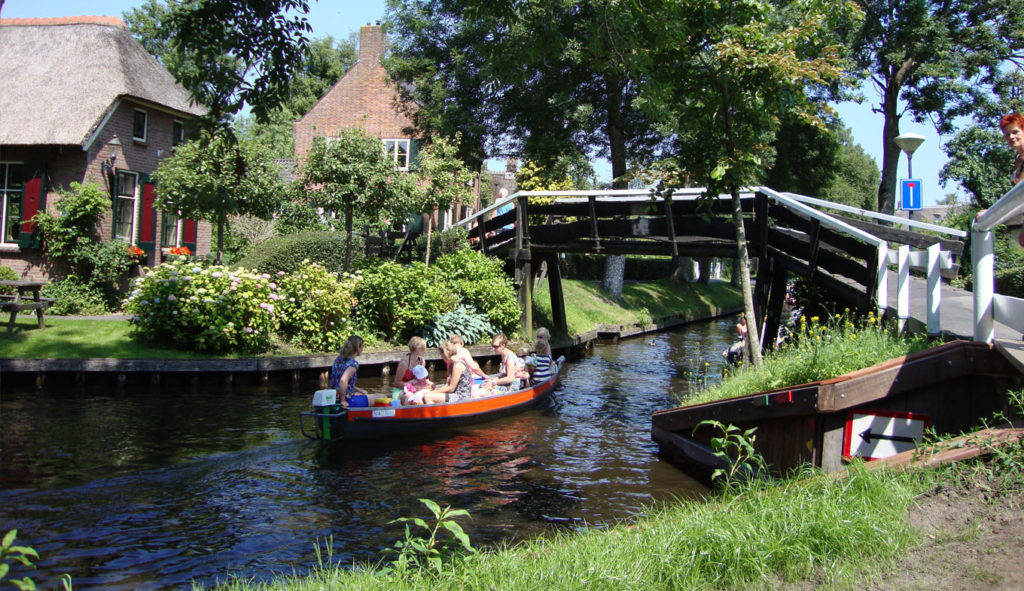 A lot of people have heard of  “The Little Venice of the North” or seen picturesque photos of this town’s many canals. There’s pretty much no way to get around Giethoorn besides by boat, which lends it peaceful air. The “streets” are charming in the spring when thousands of blooming flowers border the banks of the canals. 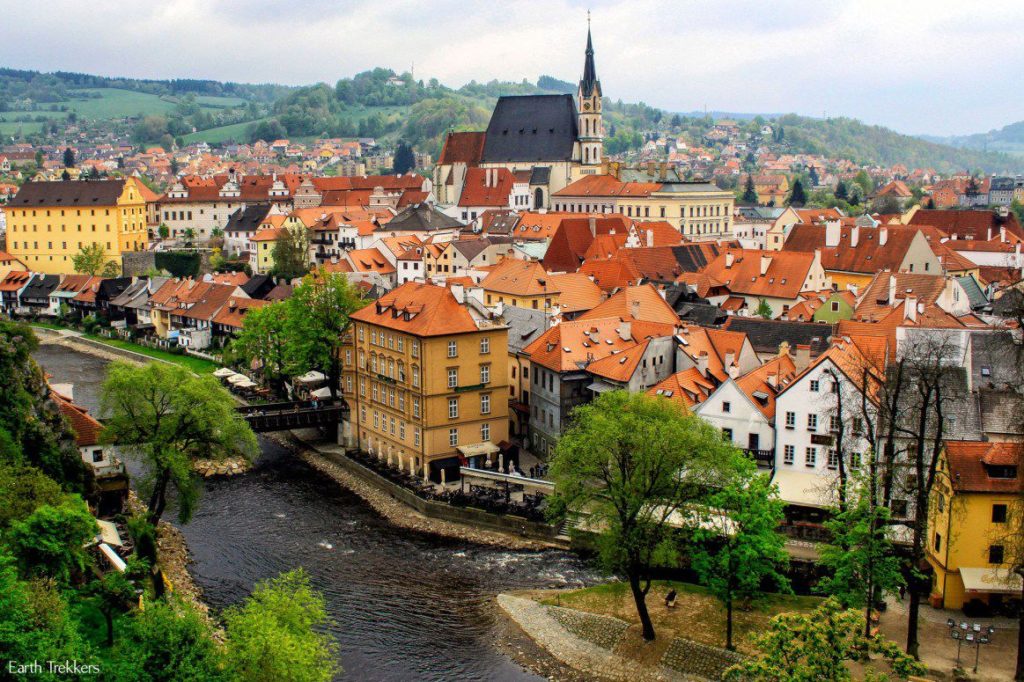 Many think of Prague when they consider visiting the Czech Republic. But Cesky Krumlov is just as beautiful (if not more), and that’s saying something. This Unesco World Heritage site is full of old-world charm and historical treasures.  From the renaissance buildings and cobbled streets to the legends clinging to every corner. It even boasts a magnificent old castle. 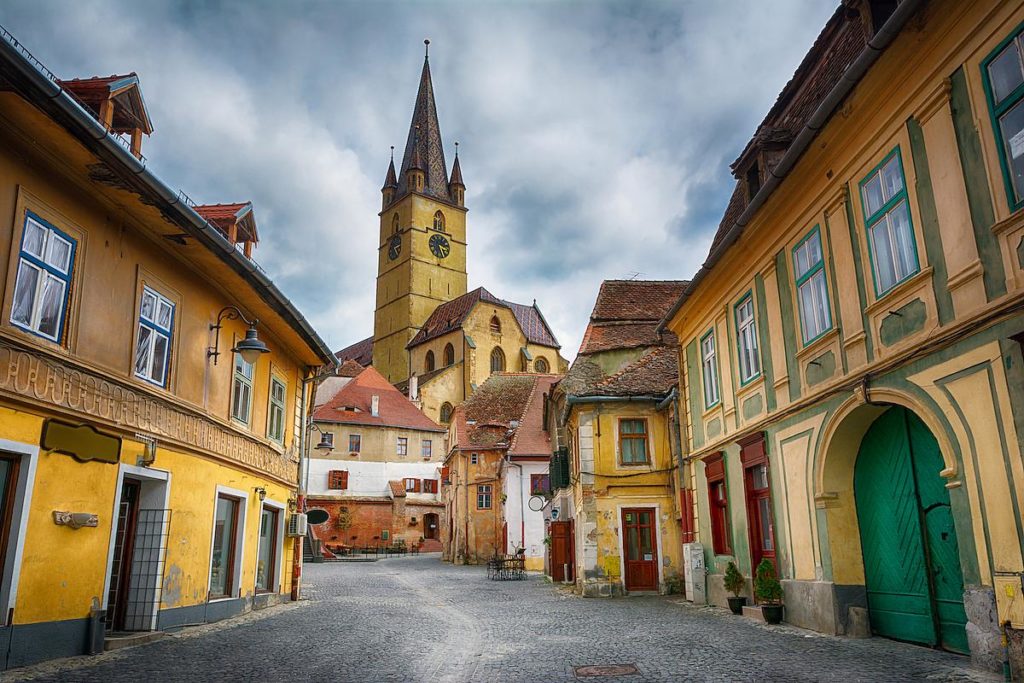 Medieval fortress walls surround this preserved ancient city in Transylvania. Colorful houses line the idyllic streets, and the dramatic gothic architecture is a photographer’s dream. A significant bonus is that Sibu is still relatively undiscovered, which means tourist crowds don’t overwhelm it every year.

Are you ready to visit these magnificent towns? They may look like a fairytale, but don’t forget to consider the security aspects of your trip:

It’s hard to whittle down the hundreds of wonderful options out there when making a list like this. You should take the time to make your own plan too. Take one of the towns from this list and see what else you can visit in that part of Europe. There are so many more places to explore. Fairytale towns are as good of a place to start as any!