What started as a simple ‘flying device’ a decade back – a motor and a propeller tactically clubbed with a camera, being flown around the campus by young engineering students as their robotics project, is today a technology that has unprecedented potential to overtake manual labour in most industry sectors, including, the modern delivery system, healthcare, defense, agriculture, media, and entertainment.

Almost every modern technology started off with a few experimental prototypes that generated excitement and emerged out as assets. Drones or unmanned aerial vehicles (UAV) are no exception to this trend. The very first attempt at a drone archetype would be the balloons loaded with explosives that the Australians devised, in order to launch an attack on Venice, in 1849. Then came the first unmanned aircraft which were designed towards the end of World War I by the US Army called ‘Kettering Bugs’ – a more accurate version of the 21st-century drone.  In around the 1930s, the Nazi V1 and V2 and the US-crafted remote-controlled versions, complete with video cameras, used during World War 2, brought in a new wave of the very first drone archetypes. The drone space saw a development surge in 2013 when Amazon announced that it would like to venture out into the world of drones to make deliveries. The usage of drones and drone-based services in the retail and commercial space has seen a hike in their popularity ever since.

However, is the Indian political and societal fabric conducive for drones? This is a question which can only be answered best by foraging into the analysis of regulations and policies laid out by the government as well as the social trends around it.

To start, the Ministry of Civil Aviation, Government of India, on August 27, 2018, has sent out the National Drone Policy, 1.0 which made flying drones in India legal. This landmark decision paved the way for a broad spectrum of unmanned aerial vehicles in India. While the new drone policy has stirred excitement in terms of new market opportunities, it has also led to a stark decrease of manual involvement in sectors such as aviation, gathering precise spatial data to enable city planning and administration, photography, agriculture, media and entertainment, and so on. As a result, it is mandatory for such policies to be made foolproof by proper safety and security framework, to safeguard human interest. This paved the way for the Drone Policy 2.0, which lays various essential guidelines for the approval and application of drones. However, even this policy isn’t foolproof as it does not account for thorough supervision of drones as well as ignores the consequences of free movement of smaller drones. 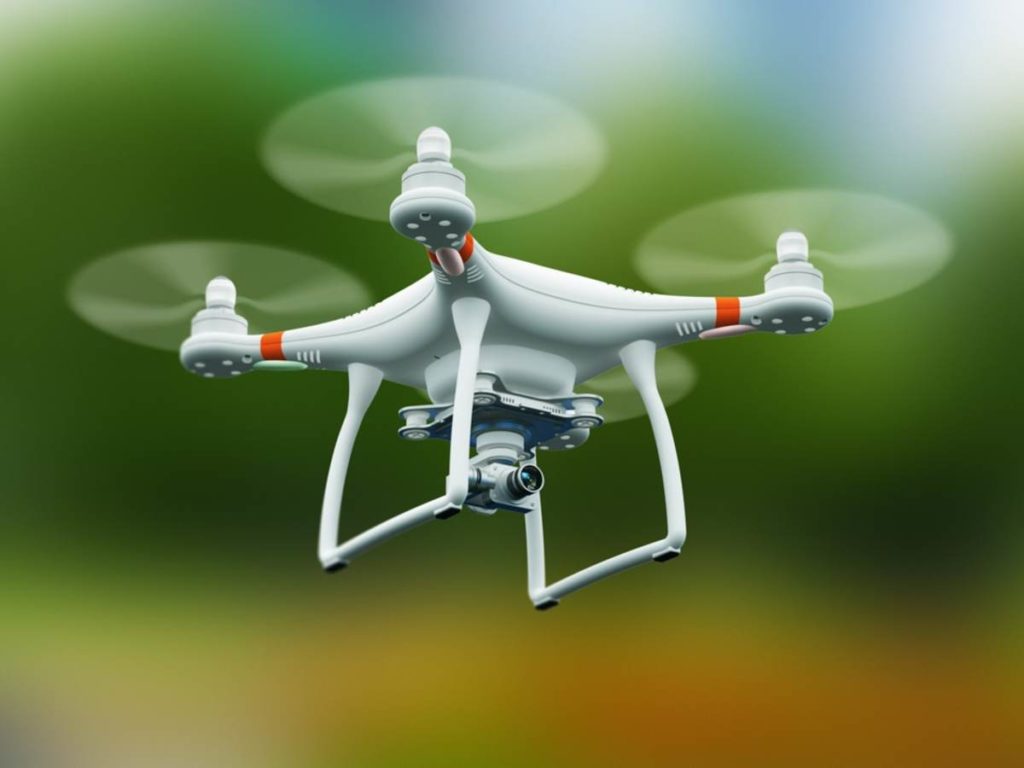 Due to these loopholes in the Drone Policy, India, in the past, has witnessed cases of unidentified drone activity. Such instances have raised a lot of eyebrows regarding the massive privacy threat that it poses and may unfold into a mammoth concern in the coming years where drones could be misused for corporate espionage, trespassing, unauthorized documentation, etc.

Despite loopholes, Indian companies are now increasingly venturing into drone-based services and solutions, which in turn, is aiding to the recently blooming drone ecosystem in India. Drone-based solutions are now being used in the country extensively and being explored across a plethora of industries. The government is leveraging its efficiency in the defense front. The Defense Research and Development Organisation of India (DRDO) has its own UAV program which aims at replacing the existing fleet of vehicles with a domestic assortment.

Drones are being perceived as a huge boom in the healthcare industry. To cite an example, a drone had successfully transported a unit of blood from a remote primary health care center (PHC) in the Tehri district of Uttarakhand to a blood bank 32 km away. The drone completed its journey in only 18 minutes, whereas, it would take almost about an hour to be transported by road.

With drones seeping into the mainstream Indian fabric through action camera and aerial photography, India has also become the cradle of drone startups. Sadly, since innovation and funding go hand-in-hand, the Indian drone sector has also been caught up into the vicious investment-shy Indian market. However, in recent years, with the popularization of Artificial Intelligence (AI), drone startups have somehow managed to capture the limelight.

The Bangalore based startup Aarav Unmanned Systems, manufacturing UAVs and specializing in 3D mapping, precision agriculture, image processing, etc., the Gurugram based startup, Indochine, whose software product provide with an easy online platform for 2D and 3D drone map viewing, Kolkata based Drones Tech Lab, manufacturer and distributor of surveillance drones, New Delhi based border defence startup, CRON systems, etc. are a few such firms who did not succumb to the innovation-investment imbalance.

The key problem that everyone in the Drone as a Service (DaaS) industry is facing right now is implying to the latest drone regulations published by the Directorate General of Civil Aviation (DGCA).”

1. Ensure your drone (except Nano in uncontrolled airspace up to 50 feet) is Digital Sky “No Permission- No Take-off” (NPNT) compliant.

2. Obtain Unique Identification Number (UIN) from DGCA for operating in controlled airspace (where the ATC services are active) and affix it on your drone.

4. Obtain permission before each flight through the Digital Sky Platform which will be available on the DGCA website.

The DGCA has asked for several critical details from 7 organizations that had applied to conduct long-range, or beyond visual line of sight (BVLOS), drone experiments. The 7 that were carefully picked after thorough scrutiny were food and delivery companies Zomato, Swiggy and Dunzo, medical delivery providers Zipline and Redwing, and large enterprises Tata Advanced Systems Limited and Honeywell, which are members of the association formed by drone maker Throttle Aerospace.

The civil aviation authority has also rejected 27 applicants so far. The rejections have been made mostly due to the companies withholding complete information about their drones from the DGCA.