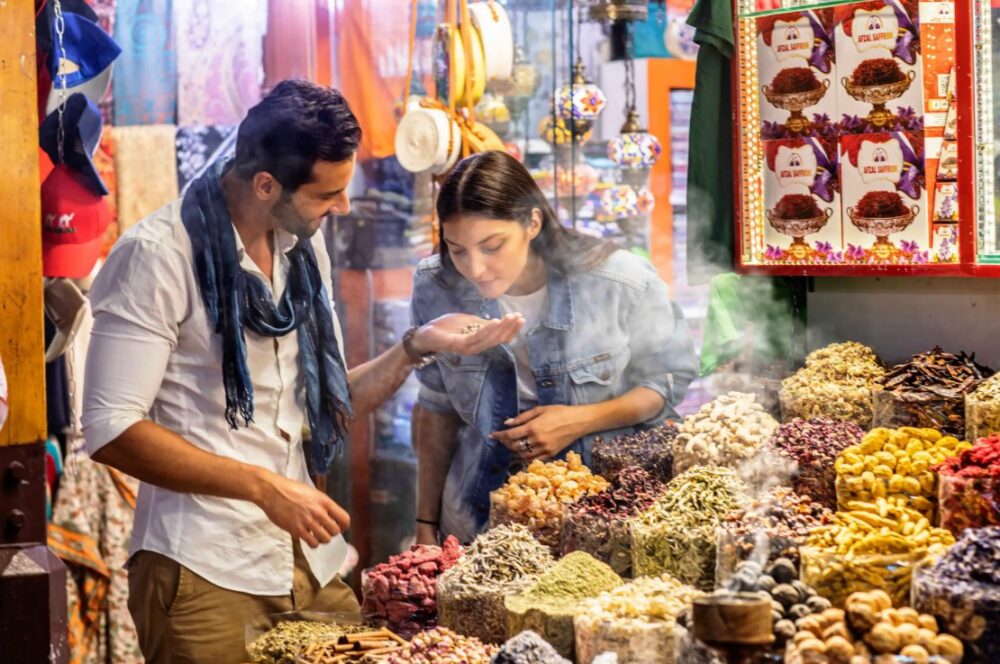 As the old saying goes, “variety is the spice of life.” But what happens when you flip that axiom on its head: “spice is the variety of life”? You get a statement that, as many people around the world will tell you, is equally true.

Several cultures worldwide use spice with a heavy hand – to elevate dishes, promote culinary intrigue, and, yes, even add some variety to life. They add heat in the form of various capsicum chillies and complexity through bright herbs and earthy botanicals.

In this article, let’s single out seven destinations that punch above their weight in terms of flavour and tongue-tingling creativity. If you’re a foodie planning your next trip, consider these seven destinations your culinary Meccas.

How to Pack for a Culinary Adventure 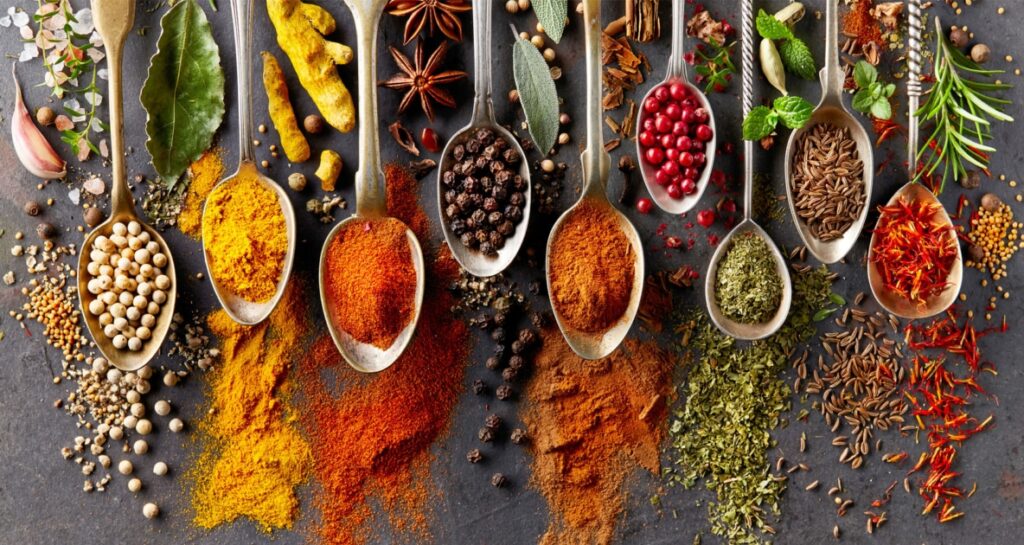 Before delving into the list, let’s offer a few quick tips on packing for a culinary adventure. For the most part, packing for the destinations below is the same as any other trip – only with a few minor adjustments.

For starters, all of the destinations on this list are in and around the world’s tropical band, where temperatures may reach discomforting highs. (Common botanicals and chillies tend to grow better in these tropical zones). It’s essential, therefore, to pack breathable, sweat-wicking clothing – especially if you’re also sweating through a spicy meal. For more information on what makes clothing breathable, as well as garment ideas, you can check out the Unbound Merino website.

Additionally, it’s wise to pack sun-safe essentials like sunscreen, a brimmed hat, and breathable long-sleeved merino shirts. Prioritize clothing that you can easily hand wash (spicy foods can get messy). And, finally, consider packing a box of antacids, just in case!

Now, let’s look at seven of the world’s best destinations for spice lovers. 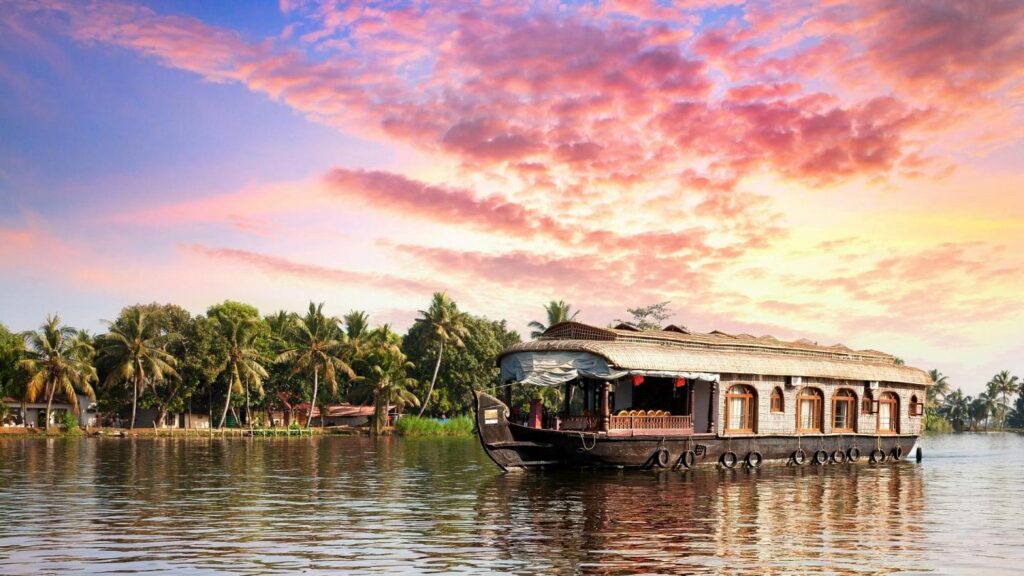 Designations aside, you’ll find a wealth of culinary imagination in this southwestern Indian province. Situated in the tropical Malabar Coast, Kerala enjoys peak growing conditions for a variety of spices: cardamom, cinnamon, cloves, star anise, long peppers and many more. Chefs in Kerala make creative use of these spices, intricately incorporating them into masalas, lentil sambars, curries and sweets. 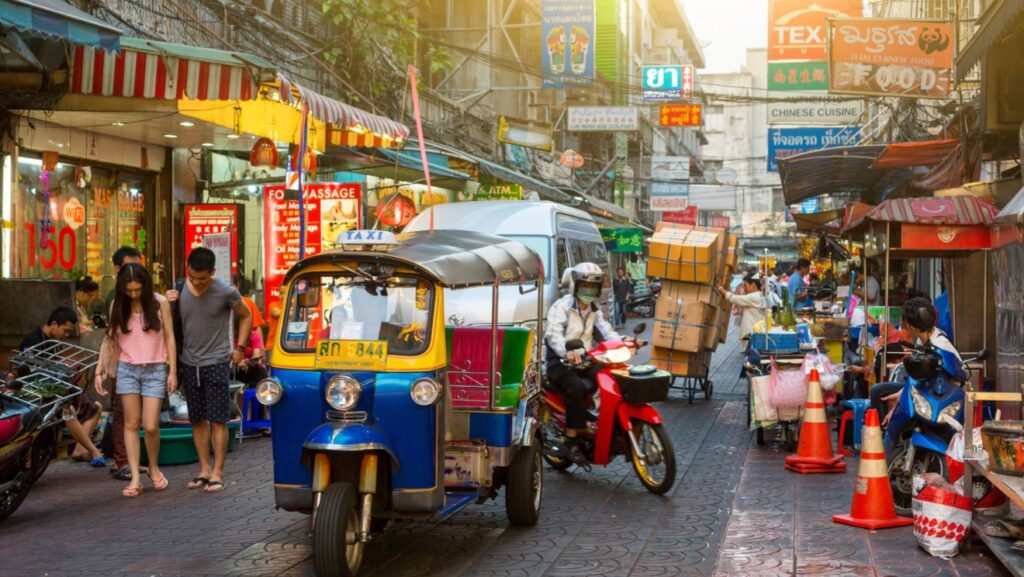 Bangkok cuisine runs the gamut from mild and refreshing to complex and incredibly fiery. The chilli of choice here is, naturally, the Thai chilli – a moderately hot pepper used in abundance in its raw and dried forms. 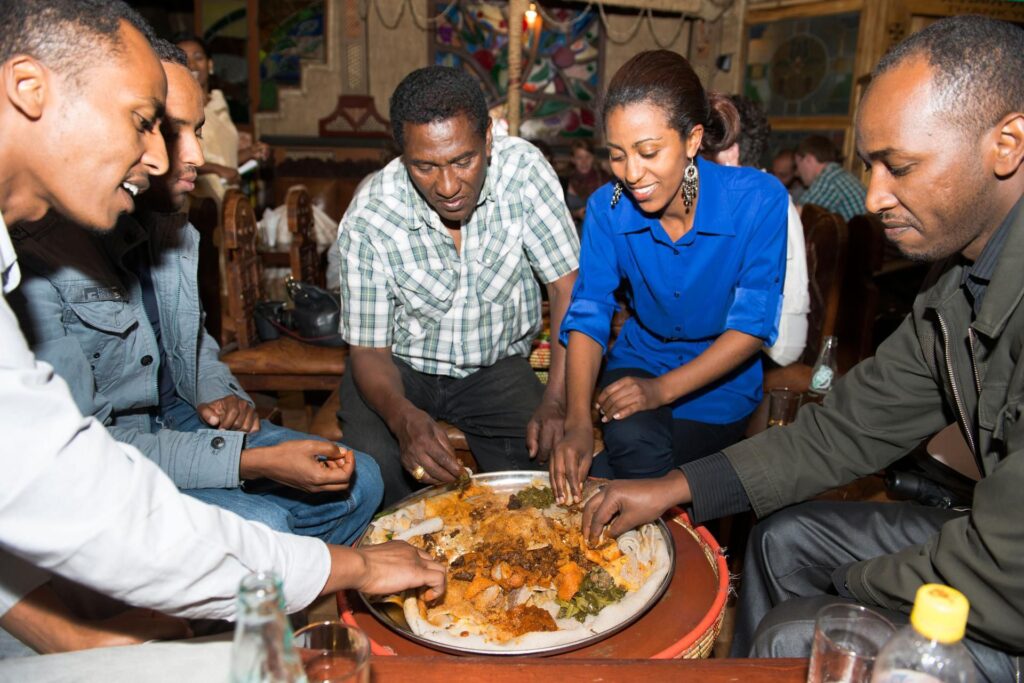 Ethiopia’s capital city is a woefully undervalued food destination. Aside from its rich cultural sites and bustling urban tempo, the East African city serves up some of the world’s most intriguing food.

Ethiopian food is a cacophony of flavour. Meals often involve several wats (curried stews), lentil dishes, vegetables and tibs (sauteed meat) served atop the local injera bread. According to Culture Trip, you can find several of the city’s best restaurants located around Kazanchis district on the city’s east side. 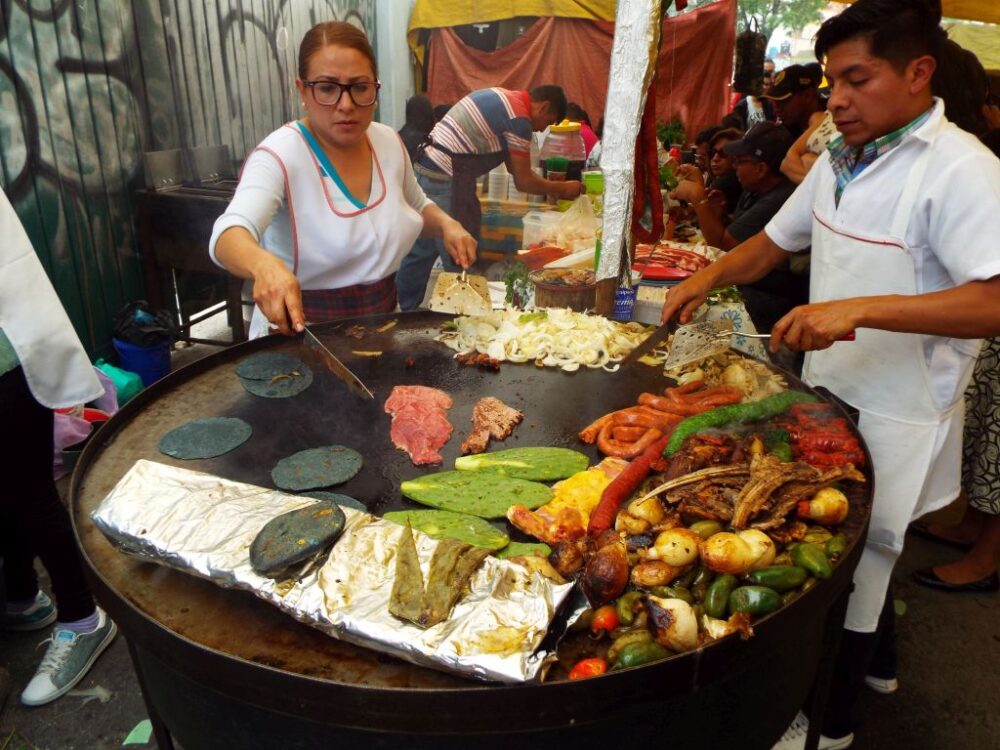 Mexico City is a meeting place for all of Mexico’s diverse regional foodways. As such, you will find everything from Yucatecan seafood restaurants, Oaxacan mezcalerias and Puebla-style mole joints in the capital city. Plus, it’s no slouch in its own right, with a culinary history all its own.

In Mexico City, chillies reign supreme. The sheer diversity of Mexican chillies can be overwhelming: ancho, pasilla, guajillo, habanero, cascabels, and many more. Each adds a unique flair. Some peppers are fruity. Some are smoky. Some deliver lots of heat. The best Mexican chefs use various chillies in concert to create deep, harmonious dishes. 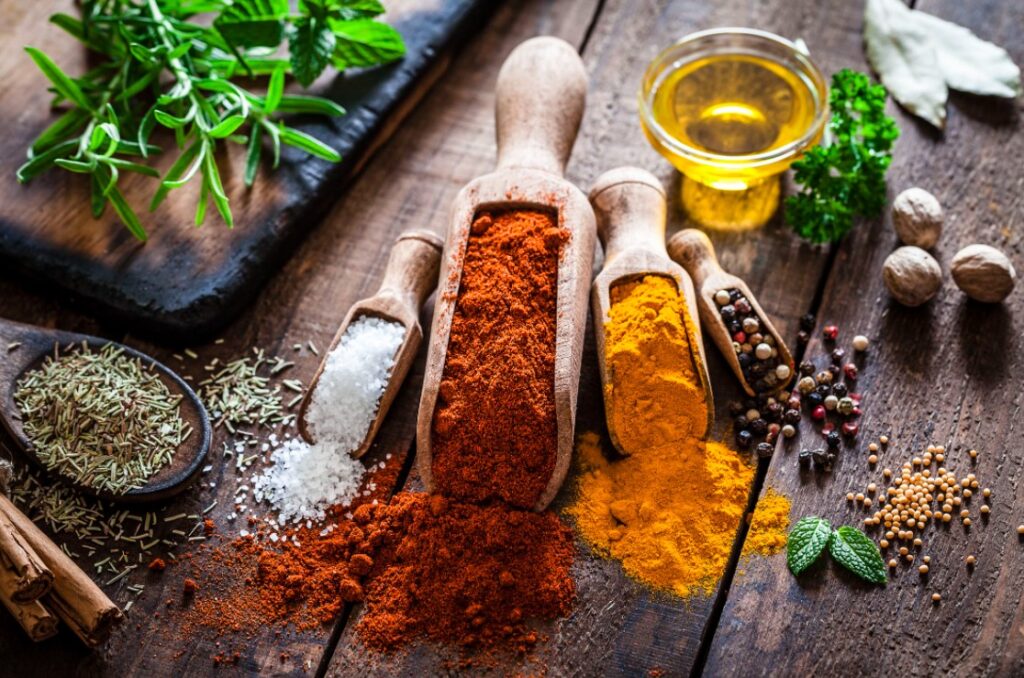 Truthfully, it wasn’t easy picking just one place in the Caribbean. Cities like Kingston, Nassau and Castries could have easily made the list. But let’s go with Port of Spain, the capital city of Trinidad and Tobago.

Trinidadian cuisine is an intoxicating marriage of Indian subcontinental cooking and Caribbean foodways. It draws ingredients like curry powder and chickpea flour from its Indian influences. And from its Caribbean roots, it takes ingredients like thyme, sawtooth coriander and the scorching Scotch bonnet pepper.

If you find yourself in Port of Spain, don’t miss out on Trini doubles (fried chickpea flour fritters with curried chickpeas), dhalpuri roti, curried crab and spicy curry chicken. 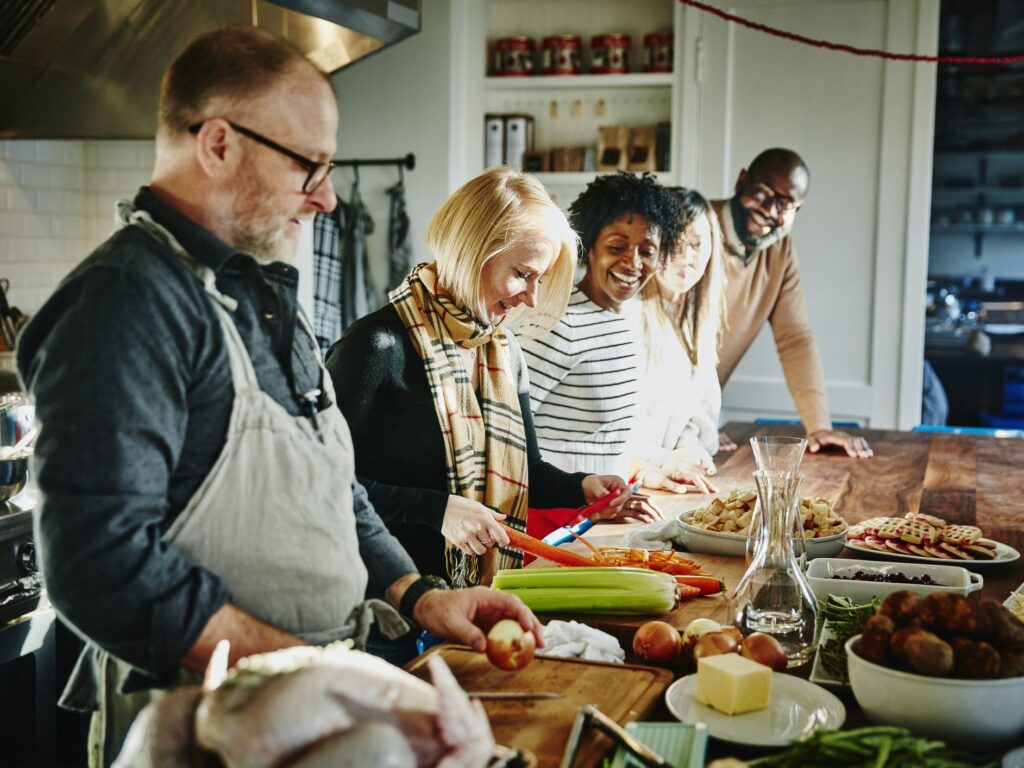 Nashville earns a spot on this list primarily for its hottest food export: Nashville hot chicken. This style of fried chicken is growing in popularity across the country, but you can still find its best iterations in Nashville. Essentially, it’s fried chicken, dunked in a cayenne paste, served with white toast and pickle chips. According to Time Out, Prince’s Hot Chicken is the top spot for this all-American classic. 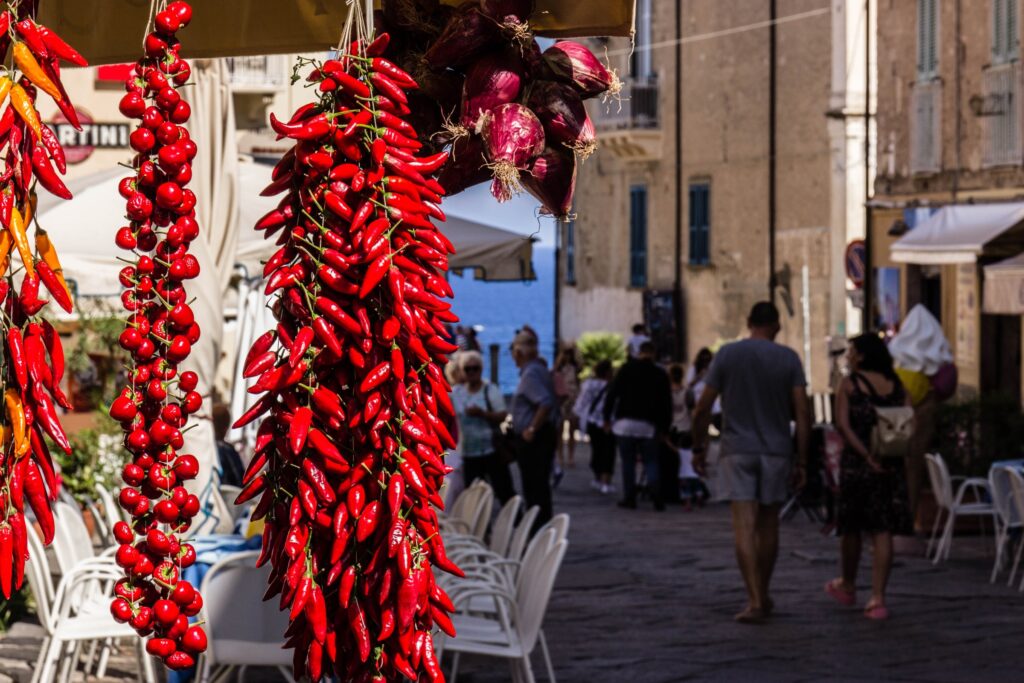 The last stop on this list of spice destinations is in the south of Italy. Italian food isn’t typically known for its spices, favouring simple ingredients and time-honoured techniques. But the Calabrian coast is an outlier among Italian regions, utilizing hot peppers, oregano and ample aromatics to give food zing and zest.

If you’re taking a culinary trip to the south of Italy, stop by Reggio Calabria. Aside from mouth-watering pasta dishes and grilled meats, you’ll find a stretch of stunning coastline with relatively few tourists. While in Reggio, try dishes like ‘nduja (a spicy pork spread), pasta e alici (with hot peppers and anchovies), and eggplant parmigiana.

If you’re looking to add a little spice to your next vacation, check out one of these seven delicious destinations. Happy travels, and bon appetite!