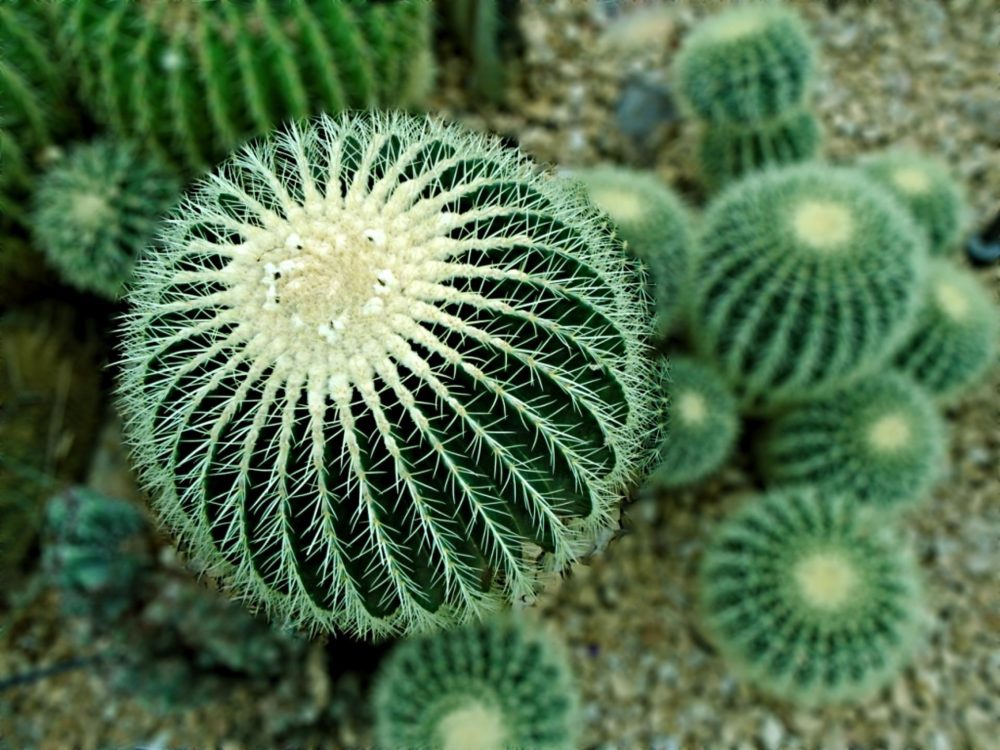 Deserts are places with some of the harshest climates on Earth and are defined by the lack of rainfall rather than the temperature. Hence there are hot and cold deserts and each of these habitats has a different set of plants that thrive there. Desert plants are very well adapted to surviving with very less water and usually have thick bulbous stems to store water in case it is unavailable later. They also commonly have thorns instead of leaves to minimise water loss through transpiration. Here is a list of the strangest desert plants.

This desert plant is native to the Namibian desert and has a very long lifespan of over 1500 years. It has only two leaves that grow directly out of the base of the plant and they bifurcate repeatedly making it look like the plant has many leaves. The growth rate of this plant is extremely slow and the production of cones for reproduction also happens at a very slow pace. It has an unusual root system that can reach water sources located deep underground and help the plant survive in the conditions of low rainfall. Also, read about amazing desert landscapes in the world.

The desert plant consist of a stem, two leaves and root that can reach upto 20 inches in height and 6.6 feet in length, however, the largest recorded specimen was 6 feet in height and 28 feet in length. The plant only develops two leaves that grow throughout the life of the desert plant. The desert plant has a long taproot to reach water hidden deep inside, however, it absorbs the majority of the water from the fog and dew. Flowering takes place from summer to autumn and both male and female species produce a good amount of nectar that attracts wasps, tree bugs and flies for pollination. 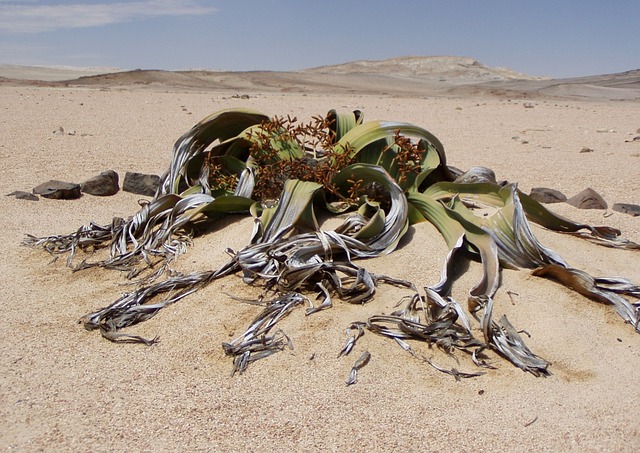 Baobab is a genus of strange desert plants found in the arid regions of Africa, Arabia, and Australia through the highest population of this plant is seen in Madagascar. It has a very thick fleshy trunk that can store more than 100,000 litres of water to survive during the drought-like conditions that are common in the areas where this tree grows. This plant is an angiosperm meaning it produces seeds as a method of reproduction and is one of the oldest angiosperm plants in the world. Also, read about deadly carnivorous plants.

One of the strange desert plants loves to thrive in hot, dry woodland on stony and well-drained soils with the areas of low rainfall. The desert plants don’t produce annual growth rings., so its hard to determine the age of the plant with radiocarbon dating, however, it is believed that the lifespan of the baobab is very long. There is a specimen that is 1000 years old and one is in South Africa was dated at around 6,000 years old. The trunk of the tree can hold upto 120,000 litres of water that is required for the adaptation from the harsh environmental conditions. 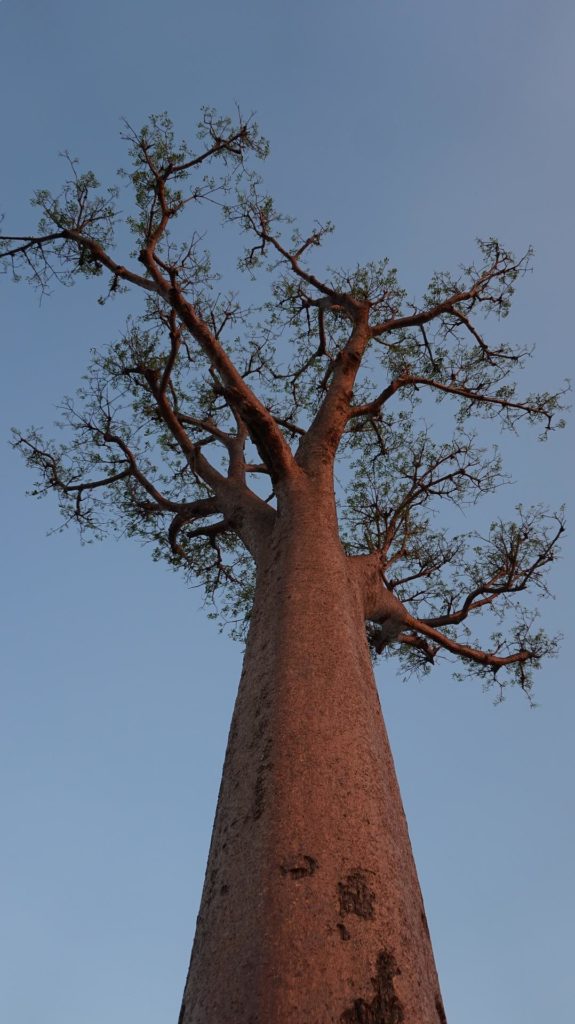 This desert plant is found in the hot deserts of Southwestern America and is the largest desert plant found on this continent. It is named after its unusual cylindrical shape that looks like a barrel. It can grow up to 10 meters (more than 30 feet) tall and has thorns as long as 4 inches. The flowers of this plant are orange in colour and grow directly on the fleshy stem. This plant can survive for up to six years out of the ground by utilising the stored water in its stem. 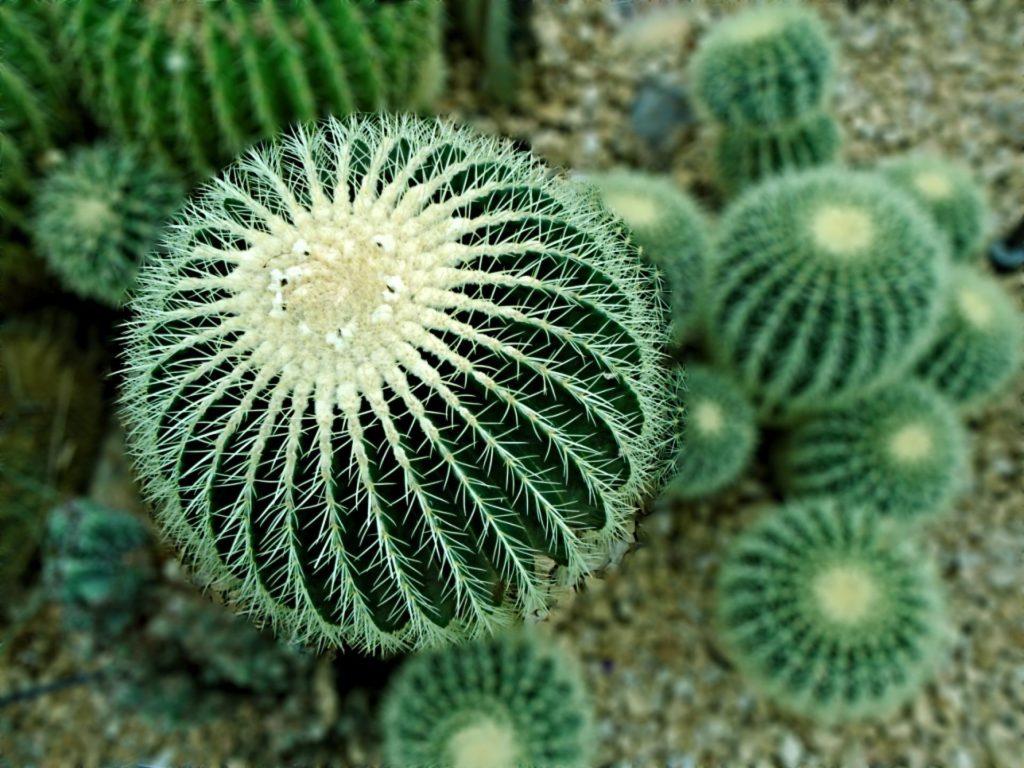 This weird-looking plant is native to the desert of Africa and looks more like a large fungus species than a plant. It has a very thick stem in which it stores water and no leaves at all. It has a dark brown coloured stem and orange colored flowers that are seasonal. The flowers emit a pungent odor to attract bees for pollination. This plant is not very noticeable unless it bears bright orange colored flowers.

Talking about the appearance, it looks similar to fungi and it can only distinguished when the flower is opened. The desert plant of leafless and is brown-grey in colour, however, when the plant grows it turns dark grey to black. The plant species is not endangered, however, it is also not easily encountered and mostly seen in semi-arid vegetation which is associated with species of Euphorbia. 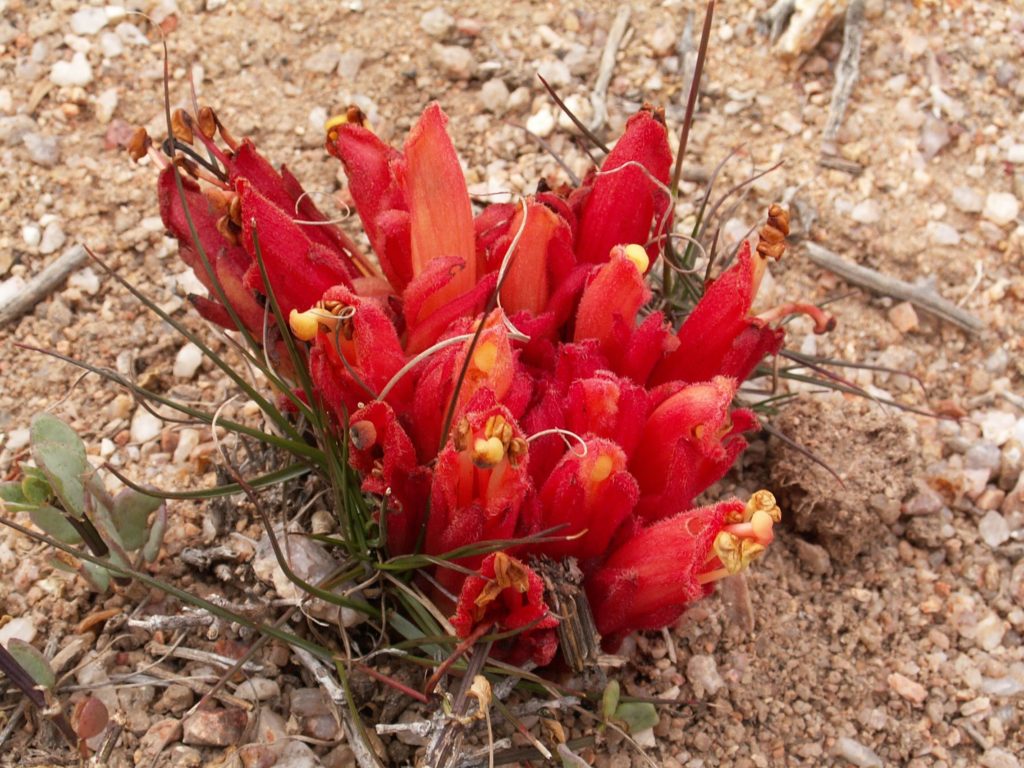 The hot desert of Arizona is home to this desert plant. It has no leaves, a thick fleshy stem and large thorns and this cactus can grow up to 20 meters in length. It has very deep routes that probe the ground for water sources and the efficient water conservation techniques help the plant survive for more than 200 years. This plant is an angiosperm and the flower of the Saguaro cactus is the state flower of Arizona. One of the strange desert plants and largest cactus species in the U.S. can live between 100-200 years. The desert plant can shrink or swell depending on the water content they have over the course of the year. The saguaro’s bloom is Arizona’s state flower. You will also love to read about most poisonous plants on Earth. 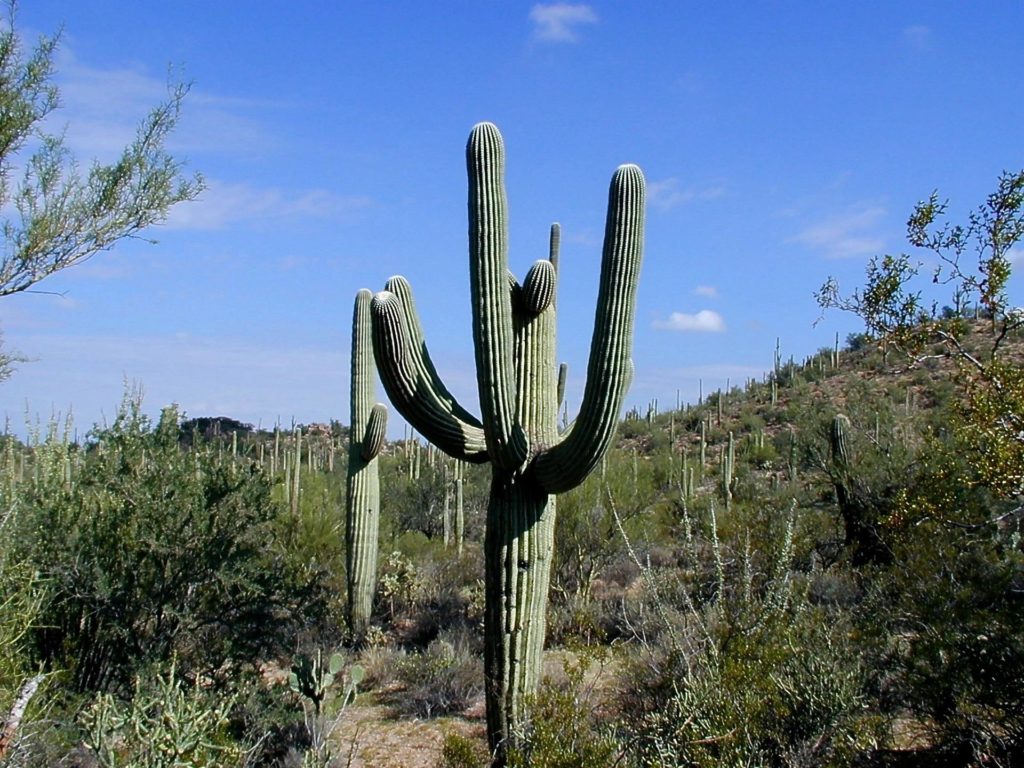 This plant, also known as the teddy bear cholla is found in the deserts of Southwestern United States and can be easily identified by a large number of branches that emerge out of the main stem as well as the thickly packed large thorns. Because of the thorns, the stem of this plant appears soft and fuzzy, thus giving it the misleading name. A large number of these plants grow together giving rise to a small forest and the thorns help these plants conserve water and ward away herbivores that may try to eat it. It bears flowers in May.

The desert plant doesn’t have leaves instead they have long spines that can grow upto 0.5 to 1 inch and approximately 6 to 12 spines usually grow from a single areole. The entire plant covers with spines and it also prevents the plant from overheating by acting as a shield and keeps hungry herbivores on a safe distance. The plant usually blooms from February to March and flowers are yellow-greenish coloured and appear at the end of the branches. 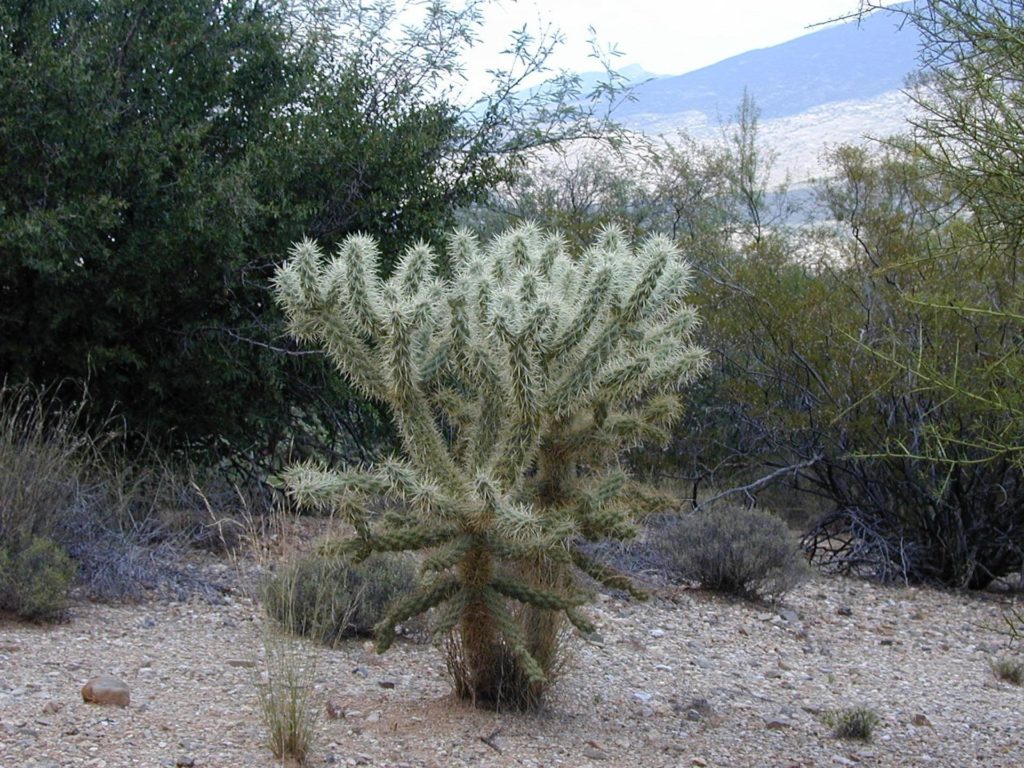 Euphorbia obese, also known as the baseball plant is found in the Karoo desert of South Africa and is named after its peculiar shape that looks like a baseball. This plant is extinct in the wild and survives only in botanical gardens and labs. The thick round stem helps the plant store plenty of water in preparation for the dry years and this enables the plant to survive without any external source of water for years. The flowers of this plant emerge from the centre of the spherical stem and are bunched together. We also recommend you to read about effective medicinal plants.

The desert plant produces rudiment leaves that have a very short lifespan and it produces leaves instead of spines. Like other desert plants, it has tapering tap root to take water and nutrients from the ground. It has a cup-shaped greyish-green floral arrangement called cyathium and mostly blooms in summer. The plant has a delicate sell that helps in the pollination process. Baseball plant is a long-lived perennial plant. 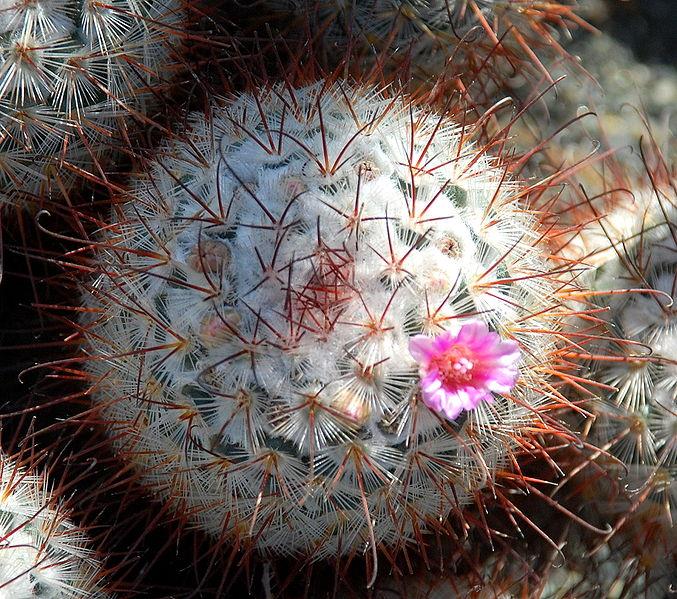 This desert plant looks like the sweet pea tree and has leaves and branches, unlike other cacti. It is named after the bluish grey colour of its stem and leaves and is predominantly found in the Sonoran desert of North America. This plant has a slow growth rate and has a long lifespan of over 1500 years. To conserve water and to protect itself from the scorching heat, it sheds its leaves during the summer months and bears flowers in early spring. The endangered plant known as palo fierro in Spanish provides habitat and resources to many wildlife animals. 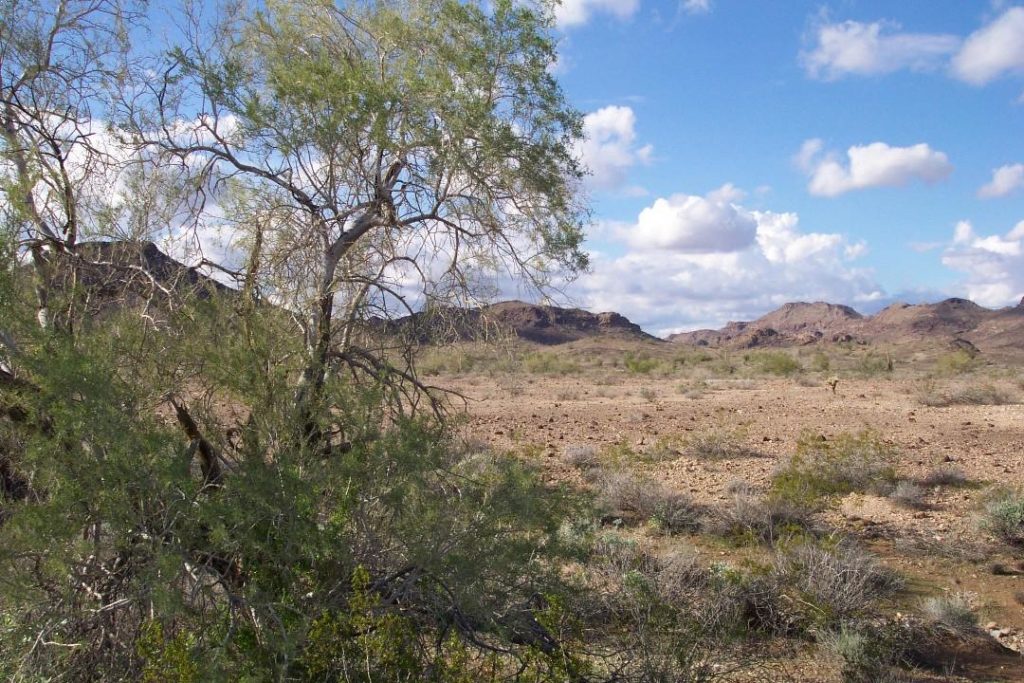 This is one of the strangest desert plants found in the cold deserts of Bolivia and Argentina and is named after its distinctive shape and appearance. This plant grows in a tall column up to 3 meters high and has a dense covering of long silver-colored thorns which make the plant appear silver. This cactus blooms in late summer and has bright red colored flowers. 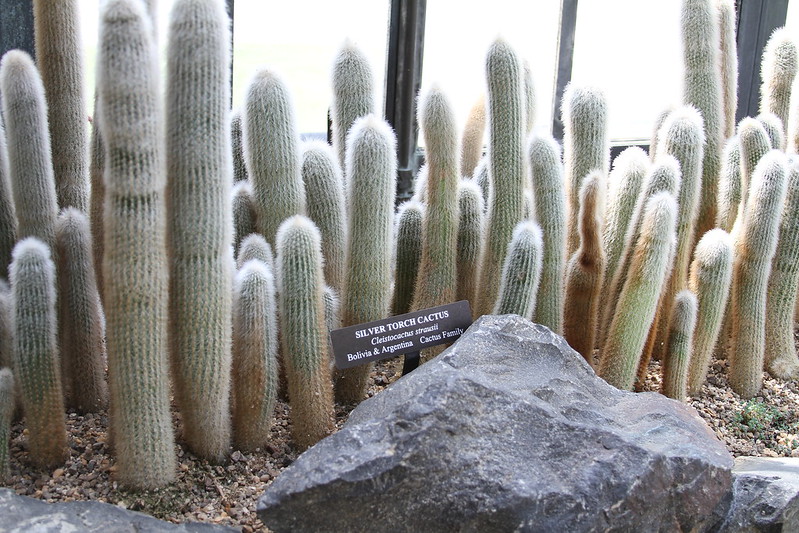 This extremely rare desert plant is known as a living fossil since it belongs to a family of gymnosperms that is more than 200 million years old and is one of the last surviving members of the family. It is found only in the deserts of Australia and bears cones to reproduce. All plants have both male and female cones and a thick stem that is used to store water. This plant can survive both extremely hot and extremely cold temperatures that are found in the desert. 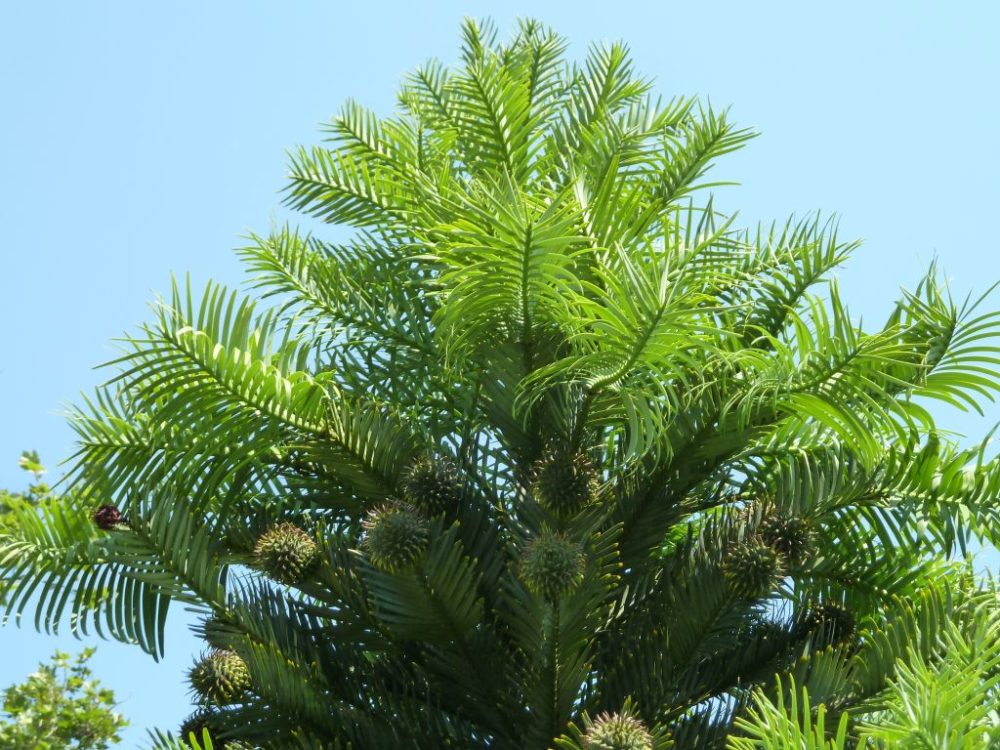 Desert plants are truly wonders of nature as they are the only type of plants that have adapted to such an extreme that they have given up leaves – a characteristic feature of almost all plants – in favour of thorns. Some of these plants have evolved to have a strange shape or colour and it serves a specific purpose like protecting from the harsh weather, attracting pollinators and keeping animals at bay.

9 Best Horror Games of all Times
To Top
We use cookies to ensure that we give you the best experience on our website. If you continue to use this site we will assume that you are happy with it.Ok