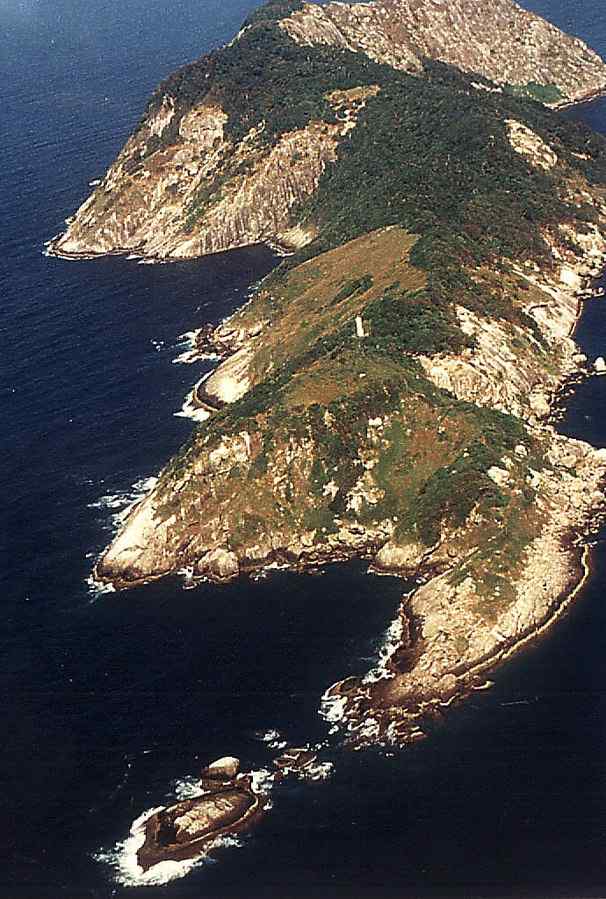 Islands have always been a sight to behold. Be in those fairy tales which narrates the tale of a princess living far away or that of a beautiful drone shot. The land surrounded by blue water has been an eye-candy. Be it the traveller or tourist, artist or photographer; the serene beauty captures everyone’s heart and mind. The peaceful aura, untouched beauty of nature and open sky surely takes away all the pain and transforms the perspective of every man. But there are some islands that don’t fit in this group. They might look enchanting but they are deadly in real. Here is the list of top ten deadly islands in the world.

One of the most dangerous islands in the world, Gruinard Island was British’s top secret due to the biological warfare testing. Though, the British government carried out the testing of ‘Vollum 14578’ during the Second World War, the effect of the anthrax bacterium still lies on the island. The tiny oval sized Scottish island once witnessed the death of hundreds of sheep due to the contaminated surrounding. Even after decades and decontamination using the solution of formaldehyde and seawater, Gruinard Island still remains unsafe.

Miyake Jima, also known as the ‘Gas masked island’, is a part of the volcanic Izu islands. The eruption of the lava from the active volcano is not the only fear; rather it is the emission of poisonous gases. During the last decade, the volcano has several times released highly poisonous gases. Therefore the residents of Miyake Jima always wear masks. When the level of sulphur in the air reaches a high level, a siren goes off, thus drawing everyone’s attention.

Golden Lancehead Vipers are one of the most venomous vipers in the world. And Iiha-Da-Queimada Grande located some 90 miles off the Sao Paulo coast has the highest concentration of the most venomous vipers in the world. The snakes are dangerous enough to melt down the human flesh. The snakes were trapped in the islands some thousands of years ago; not having any predators helped them to rapidly grow. The lack of pray was also a major problem but snakes would climb up and prey on the migratory birds. The entry of civilians to the island has been banned by the Brazilian government.

Though a beautiful island, the clouds of darkness still shadow Bikini Atoll. An atoll in the Marshall Islands, it was once a site for 23 nuclear tests, by the United States during 1946 and 1958. Although decades have passed, the harmful effects haven’t left the spoil of Bikini Atoll. Even after it was declared safe in 1997, the inhabitants refused to live there. Because it still contains the poisonous elements, the crabs and foods are not safe to consume, people also faced problem in childbirth. Moreover, eating a locally grown produced is banned. The UNESCO site is also feared due to the sharks.

Ramree Island in Burma has witnessed the most barbaric tragedy by animals. During the Second World War, the battle between the British and Japanese troops was extremely horrific. Due to the attack by the British army, the Japanese troops were divided into two groups and the smaller group had no option rather than surrendering. But it wasn’t easy either; they had to cross the thick Mangrove swamp. However, fate had something else for the soldiers. Saltwater crocodiles, the largest reptiles are the native of the island and according to reports, 400 Japanese soldiers were eaten by them. Till date, Ramree Island remains one of the most deadly islands in the world.

A part of the Andaman Islands in the Bay of Bengal, North Sentinel Island is an abode to the Sentinelese people who are among the world’s last uncontacted tribes. John Chau, the 26-year-old American who went to the island, was killed by the indigenous tribes. And it has been the same for the very person who tries to meet the Sentinelese. Entry to the island is strictly restricted by the Indian Government and is considered illegal. Sentinelese people choose not to have any kind of relationship with outsiders.

Also Read: 10 Fascinating and Beautiful Islands In Thailand To Visit

Reunion Island in Mauritius is a gift to the soul. It is serene and godly. The greenery and fresh air rejuvenate the soul. Yet, it is one of the top ten deadly islands in the world. The reason behind this is the high concentration of sharks in the water. In recent years, there have been multiples hark attacks making it extremely unsafe. Finally, in 2013, swimming, surfing and other water activities were outlawed.

Saba Islands in the Netherlands is probably the last place, you would ever want to go. Located near the epicentre of hurricanes, the tiny island has been hit by more number of hurricanes, compared to any other island. The hurricanes in the last 150 years include fifteen category three storms and seven category fives. This is also the reason behind maximum uproots of trees.

Farallon Island was once a dumping ground for radioactive waste. And as per estimation, 47,500 55-gallon steel drums were discarded in the island. However, the exact location is not known, which makes it much more dangerous. Apparently, trying to remove the chemicals will only worsen the situation. Something else that makes Farallond a deadly island is the elephant seals. They attract white Sharks, thus making it worse than ever.

Located between Venice and Lido, Povegila is not only one of the most deadly but also the most haunted island. All the victims of Black Death were buried on the island. After a point, the small island ran out of space, so many corpses were put in the same grave. 50% of the island’s soil is composed up of human ash. The presence of a ghost, both from the ones buried there and those who suffered in the mental asylum built on the island still haunt the place. Today it is illegal to enter The island of Povegila.

Even if islands are breathtakingly enchanting, there are few places that hide deadly secrets and are extremely dangerous.