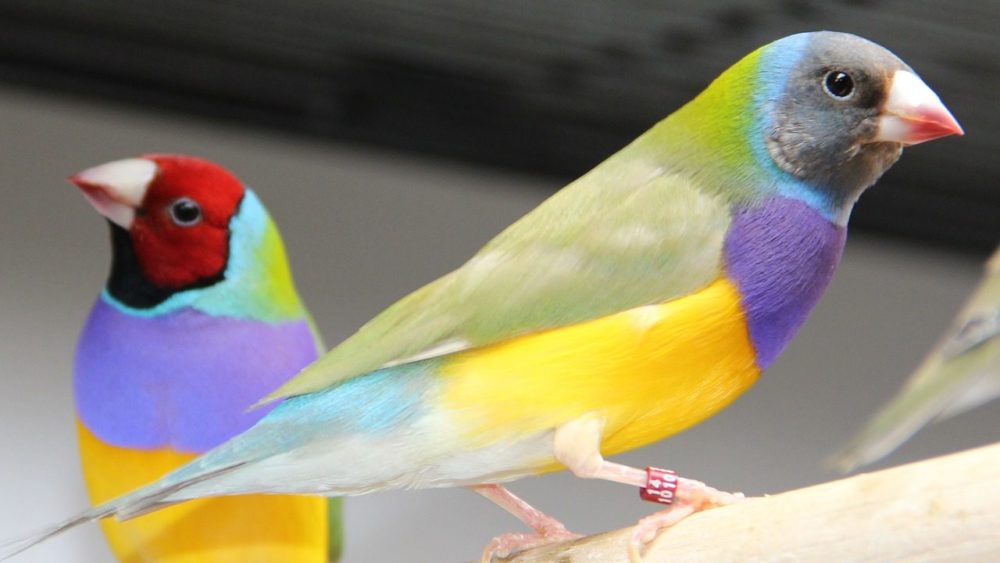 “Color is the power which directly influences the soul”, having said that we need to move forward and understand how life is where color is. Color is not just a random abstract but a source of liveliness. God has gifted every creature he ever created with the gift of color, which symbolizes their uniqueness. But when we think of colorful animals the most basic of animals cross our minds. What we do not think of are animals like the Gouldian finch or the chameleon who simply keeps adapting new colors every time we spot them.

Apart from being an animal’s differentiation aspect, color plays an important role in an animal’s life. Small creatures often escape their predators by changing colors. Some predators change their body color to attract their prey. In some cases, colors are used for distinctive recognition. Color may also be used to indicate territory as we see in the case of the African fish eagle which has white feathers on its head. Showing off one’s colors plays an important part in courtship. Many male birds have more beautiful feathers in their breeding season. Keeping all this in mind we proceed to our topic for today that is “The 10 most colorful animals in the World’.

Colorful Animals In The World

Native to Australia, the Gouldian finch has distinctive green, yellow, red, and black markings. The males have a bright purple chest, while females have a lighter shade of mauve. And with that, we come towards the conclusion about the most colorful animals we have come across. We all have to agree that Nature has created some really magnificent animals with the smallest of details. Let us all dwell and appreciate Nature’s work of art.

The distinguishing marks of these African colorful birds are a bright green crown with a lilac color on the throat that deepens as it descends onto the chest. Some of them have blue throats with lilac patches on their abdomen.

As dangerous it may be, it is as equally beautiful. The bright colors of the poison dart frog signal a warning to predators of its poison. Found in South America, with some of the brightest shades of yellow, copper, red, green, and blue. They are dangerously beautiful creatures. It is also listed as one of the dangerous Amazon Rainforest Animals.

It is a species of parrots found in Australia. Its habitat is rainforest, coastal bush and woodland areas. It is unmistakable with its bright red beak and colorful plumage. This vibrant parrot has a royal blue head with a green and yellow collar, a green belly, and yellow thighs. Both of the sexes look alike with the green tails and back and an orangey-yellow breast. They are often seen in flocks.

They are a group of marine species found around the world. Located in relatively shallow tropical waters, the parrotfish sport different colors depending on its gender and hence listed as one of the beautiful fishes in the world. Female colors are less exciting shades of brown, green, and silver. While the males have bright colors such as aqua, orange, pink, yellow, red and electric blue. Interestingly, the color roles are reversed in the Mediterranean, with the females wearing more vibrant colors.

Also known as black-backed kingfisher, it is a magnificent tiny bird found in South Asia. It is the most brightly colored and the smallest of the kingfisher species. It is easily recognized by its bright blue crown with a violet wash along on the sides of its otherwise orange head. The upper plumage is bluish-black with glossy blue lines. The throat is white with bright orange colored lines at the bottom. The under plumage is a brilliant orangey-yellow. The bill and feet are orangey-red. It is a pretty, alluring small bird.

Also Read: 120+ Animals That Start with the Letter N

Being the national bird of such a biodiverse country, it sure deserves its title. The males of the species present a strikingly beautiful appearance. The peacock’s head, neck, and breast are iridescent blue in color. They have patches of white around their eyes. The most notable feature is the extravagant tail of the peacock. The tail feathers are loosely associated. The colors are a result of microstructures that produces an optical phenomenon of the various shades of green and the small ovals being blue.

This fish is undeniable the most wondrous fish in the ocean. It is a small-sized, bright and multicolored sea fish belonging to the dragonet family. This fish has brilliant pigmentation reflecting various hues of cyan, purple, green, yellow, and rarely red, with orange wavy lines upon a blue background. They sure look like the royals of the sea with those colors.

Yes, if you are thinking what I am thinking then you have got it right. It is the very same crazy bird from the movie “Rio”. It is an exotic species of birds also known to be the ‘sulfur breasted toucan’ or as the ‘rainbow billed toucan’. It has got its colorful names for a reason. The bird has a black body and a yellow face and throat with dark green around the eyes. Tip of its tail is red and their feet are blue colored. It has a beautifully colored bill that is a combination of green, yellow, orange and red, hence the name rainbow billed toucan.

A chameleon has the ability to change its colors according to its environment or mood. Most of the time chameleons converse through their colors. We see that when they are feeling good and everything is alright they stay in their basic color green. When they aren’t feeling so good they change to the color yellow or brown sometimes. Black means the chameleon is really angry. And in the mating season, the males are found in shades of green and turquoise portraying their happiness. Truly, chameleons are marvelous creatures and are one of the most unique animals to be found on this planet. It is also listed as one of the color-changing animals in the world.