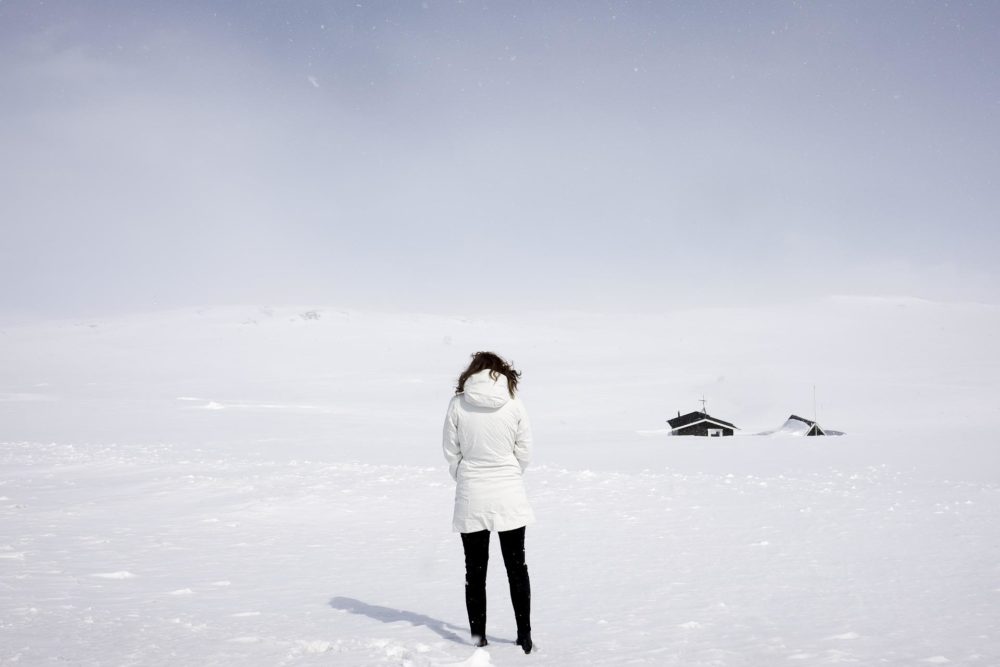 Human has done the impossible by making living spaces in all habitats on Earth; be they sweltering deserts with no water or the rough mountain ranges like the Himalayas, the inundated islands, and mangroves or seashores. Extremely cold climates are just one of the many habitats humans have made their home. But how much cold is too much? Here is a list of the 15 coldest countries in the world.

It is no surprise that Antarctica is on top of the list of the coldest countries in the world. Even though it is not a country, it is the coldest region on Earth and is covered in snow all year round. This coupled with the high wind speeds and lack of potable water, food or shelter makes it one of the most inhospitable places in the world. The temperatures have been known to fall to 100 degrees below zero. Canada Glacier in Antarctica is one of the most beautiful glaciers in the world.

If you have plans in visiting the coldest country in the world, make sure that you’re well-equipped for the trip. For starters, you should invest in high-quality winter gloves, sweaters, long-sleeves, and boots from reliable sources, like expertworldtravel.com. Regardless of how cold the country is, preparing for a cold-weather travel will ensure that you’ll be able to enjoy Antarctica! 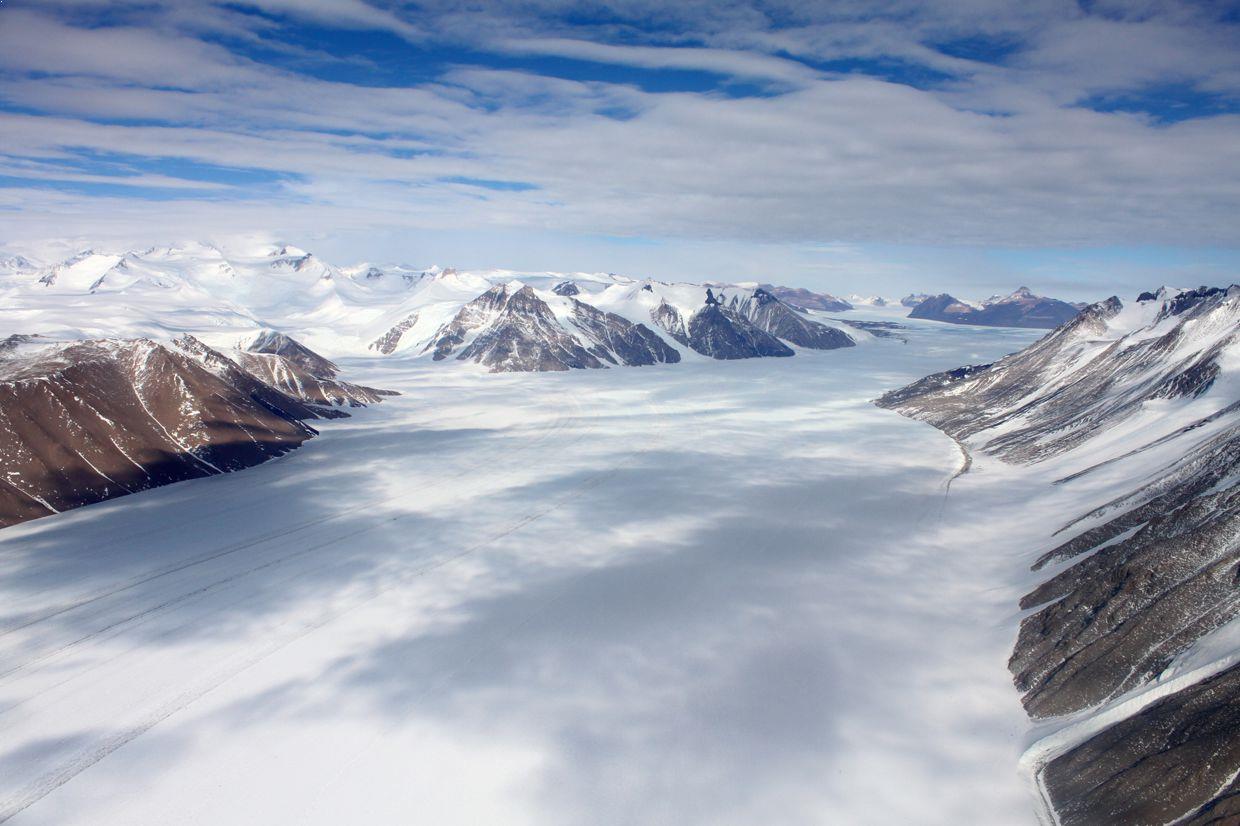 Located inside the Arctic Circle, this country is just below Russia and was part of the former Soviet Union. The terrain in Kazakhstan is very uneven and the temperature varies depending on the altitude. There are many regions in this country that are permanently enveloped in ice. During winters, the temperature drops to well below zero and the locals have some interesting survival tactics like ice fishing to cope with the weather of one of the coldest countries in the world.

Aside from being a very cold country, you can enjoy countless activities when you’re in Kazakhstan. You can make the most out of your trip to this country by visiting the Singing Dunes, Aral Sea, Sharyn, and Khan Shatyr Entertainment Center. You can even do a lot of sightseeing when you visit Lake Kaindy and Turkistan in Kazakhstan.
Also Read: Top 10 Winter Activities For Your Family 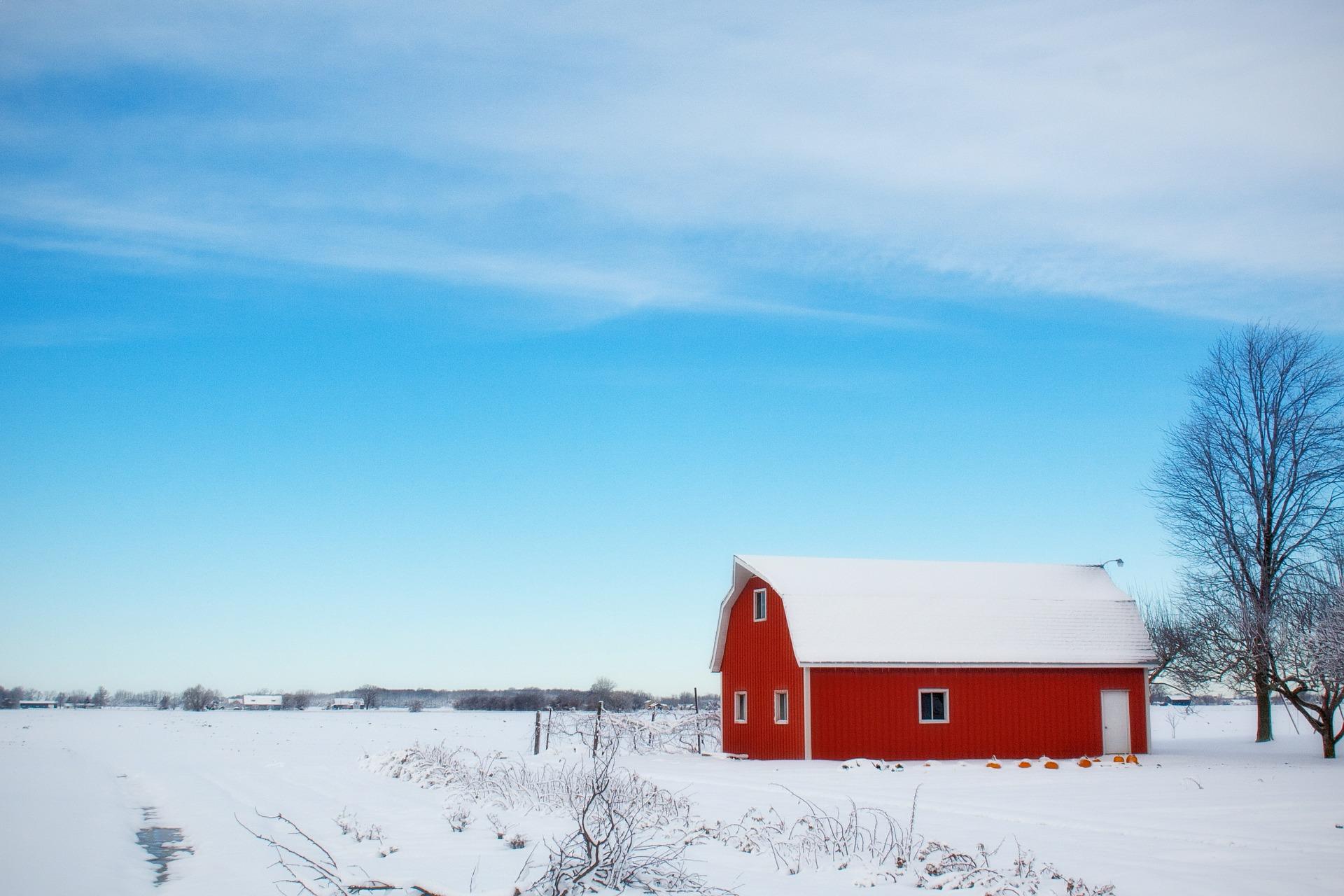 One of the largest countries in the world stretches from Europe to Asia and is a part of two continents. Most of the regions in Russia are very cold throughout the year and summer temperatures can also be below zero degrees. The northernmost region of Siberia is permanently covered in snow and was used as a place to banish prisoners by the Communist regime for a long time. Russian winters are famous for their ferocity and have saved the country from invasion multiple times by standing enemy armies who tend to underestimate the severity of Russian conditions.

When you’re in Russia, you’ll never run out of destinations to visit. But do you know that this country is also popular because of its unique cuisine? When you’re in Russia, make sure to spend some time to taste their bliny, sirniki, and kasha. These dishes were originally founded by the Russian people and are commonly sold in different parts of Russia.

Don’t be misled by the name because there is hardly anything green in Greenland. This large northern landmass is one of the coldest countries in the world and is surrounded by the frigid ocean from all sides. It is also one of the countries with longest coastlines. The summer season is also characterized by sub-zero temperatures and this region has extremely long days or nights depending on the season. During the summer, there can be as much as 22 hours of sunlight and during the winter, as little as 3 hours.

Greenland is actually a very diverse country that offers a lot of things to travelers like you. Visiting this country will allow you to witness whales up close, the ever-famous Northern Lights, and the Viking Ruins. You can even choose to enjoy the wonders of Greenland either through boats and ferries or dog sleds and snowmobile tours. 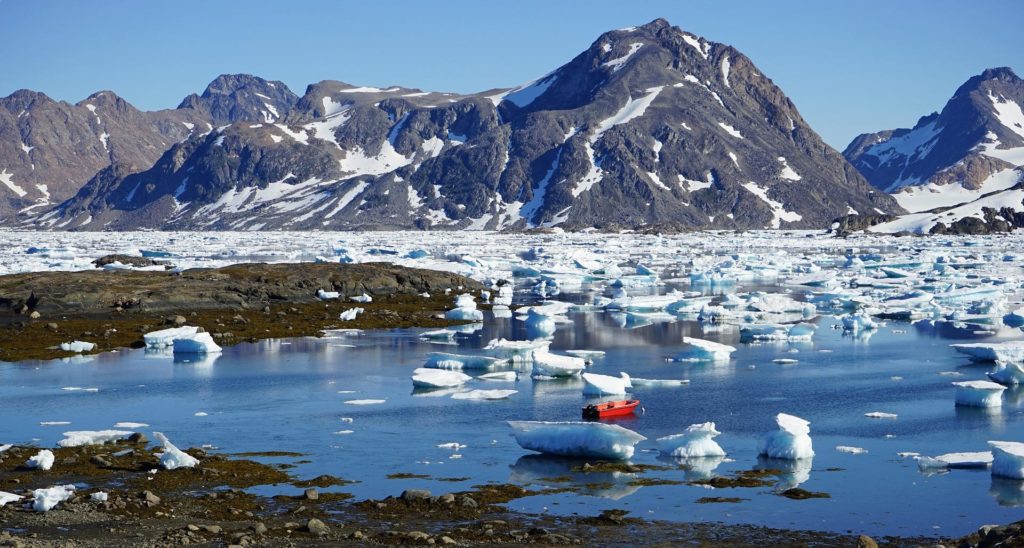 Unlike Greenland, despite being located in the extreme north, Canada has plenty of greenery and lakes. However, during the winters, almost all of Canada receives snowfall and the temperature can drop to 40 degrees below zero making it one of the coldest countries in the world. The air is moist in this country making the extreme cold more bearable. Like other northern countries, Canada to witnesses periods of extreme darkness and extreme sunlight. It is also one of the most visited countries in the world.

If you want your upcoming trip to be memorable, Canada doesn’t disappoint. Aside from being able to flaunt several winter outfits, you’ll be able to watch the Niagara Falls, Banff National Park & the Rocky Mountains, and Toronto’s CN Tower when you’re in Canada. Check out natvisa.com to see entry requirements. 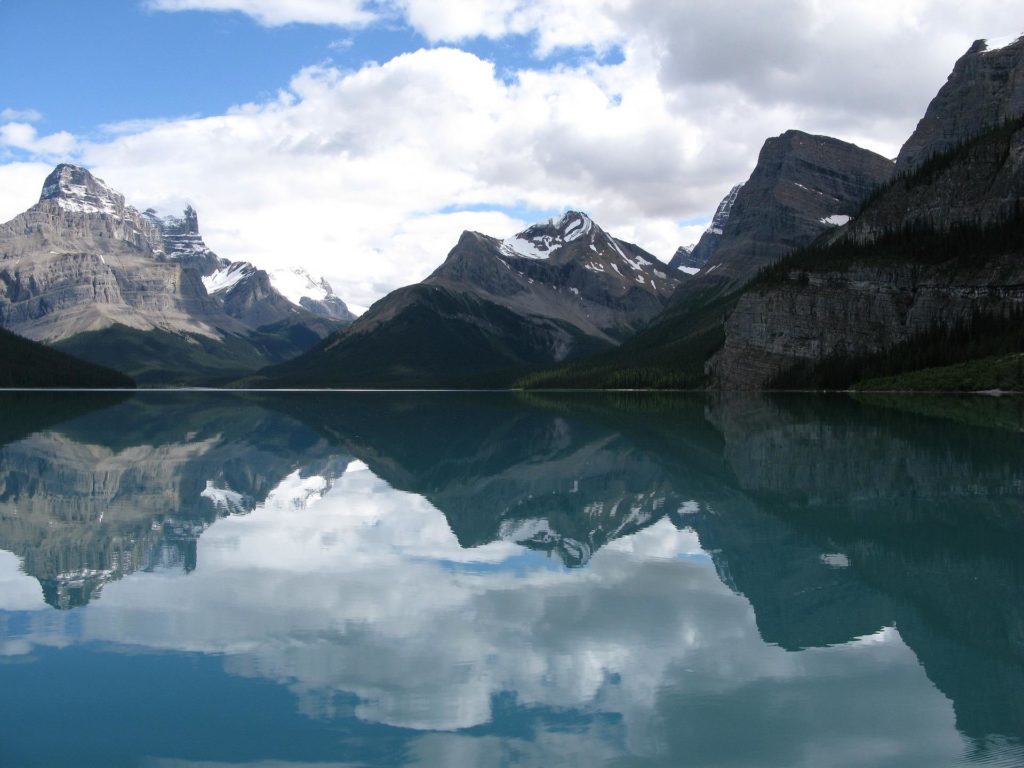 6. The United States of America

Located just south of Canada, the United States is one of the coldest countries in the world though not all the regions have a uniform temperature. Because of its large geographical expanse, there is a range of climatic conditions in this country. The northern regions are colder and receive snowfall during the winter months while the Southern and central regions are significantly warmer and well suited for agriculture. The temperature in the north can drop to well below zero degrees during the winters. Regions located at higher altitudes are also more susceptible to snowfall.

Iceland’s name accurately reflects its climactic conditions though unlike what many people think, it is warmer than Greenland. Iceland during the summer is green and fresh but during the winter is undergoes a dramatic transformation and is covered in a blanket of snow. Iceland is also one of the best places to see the northern lights. Temperatures can easily dip to minus 10 degrees or lower making this one of the coldest countries in the world. The northern regions of Iceland have sub-zero temperatures all year round but the moist air makes the climate more favorable for the growth of vegetation. Vatnajokull Glacier Cave is one of the most incredible caves in the world.

You can do a lot of things when you’re in Iceland, and trying out unique dishes is just one of them. Your trip to Iceland will never be complete unless you try out some of their local dishes such as skyr, lamb, fermented shark, and rye bread. One of the Scandinavian countries, Finland is located in the extreme north of Europe and has a long winter season. There is snowfall throughout the country and the amount of sunlight varies dramatically according to the season. Finland is also famous for the phenomenon of Aurora Borealis better known as Northern Lights. Because of the permanent presence of snow, the Finnish have made an indelible mark on the Winter Olympic Games, having some of the highest medal tallies in the world. 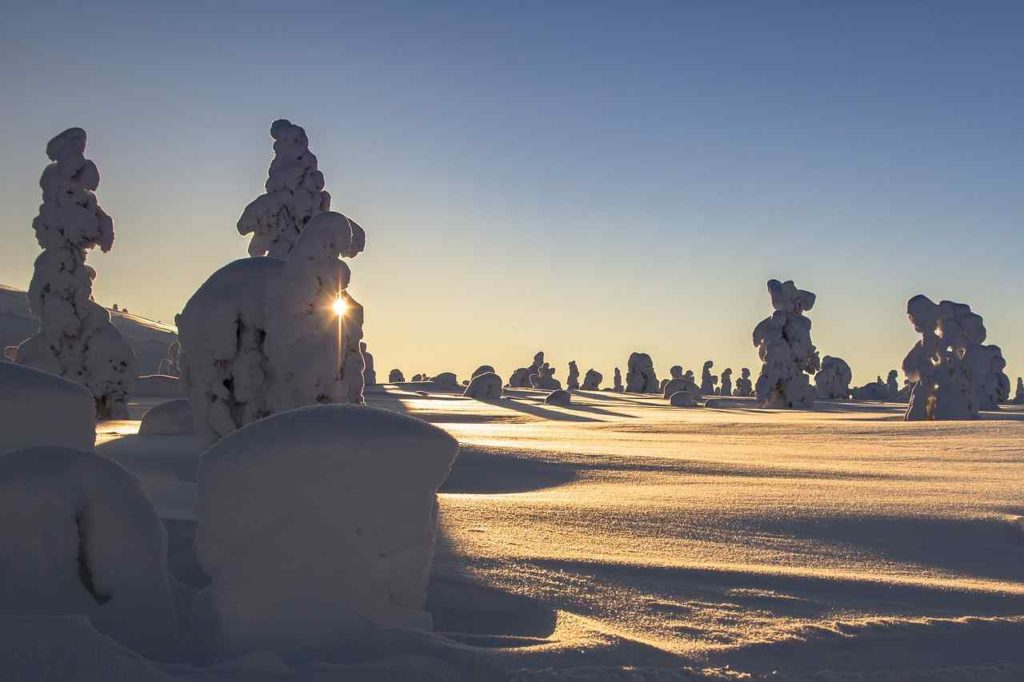 Another European country on the list, Estonia’s sub-zero temperatures are not a result of the constant snowfall. Instead, the wind currents in this country are such that the monsoon wind brings in extremely cold temperatures making this country perennially frigid. The winters here are long but the snowfall is lesser than in other countries on the list. Estonia is one of the most popular tourist destinations in Europe because of low costs, beautiful medieval architecture and thick pine forests. 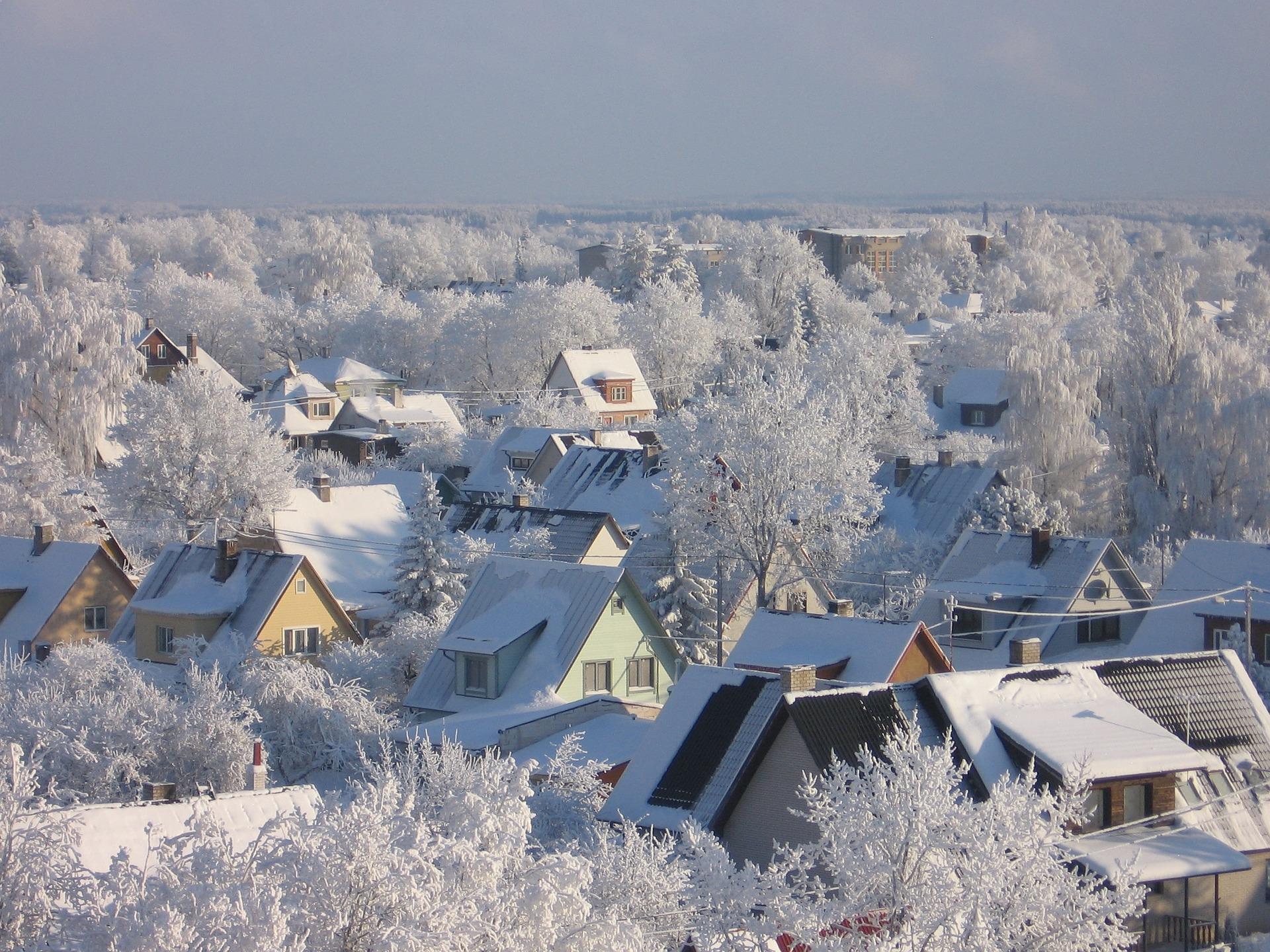 Continuing our journey south from Russia and Kazakhstan, Mongolia is another country located in Central Asia and has scattered mountain ranges that make the climate even colder. The cold winds coming from the North are stopped by the high peaks leading to snowfall in the country and the temperature during winter can easily drop to minus twenty degrees. Mongolia has many nomadic tribes, most of whom live in the mountains. They have adapted their lifestyle to the extreme temperatures and thrive in this frigid environment. 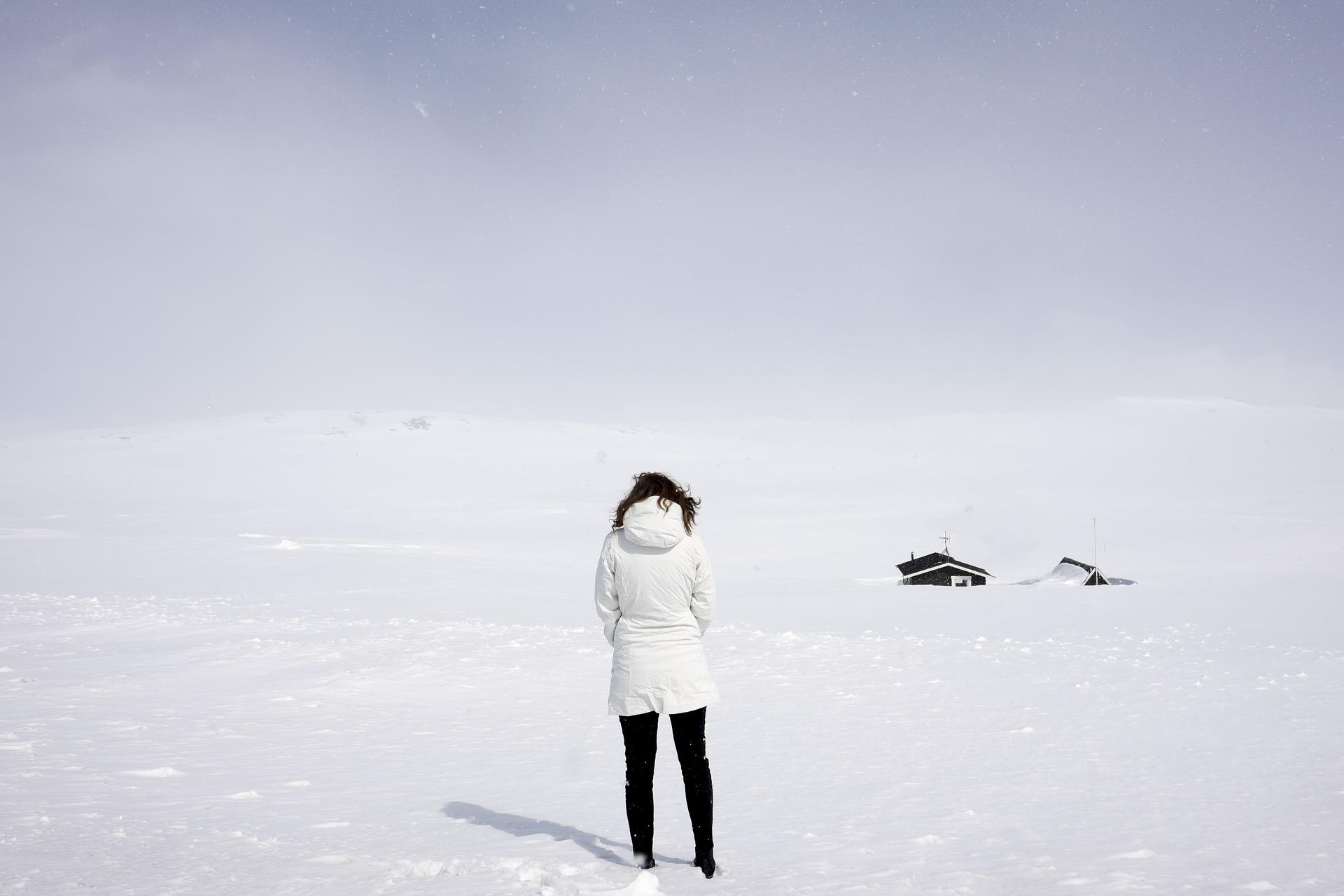 Norway shares its border with some of the coolest countries in the world like Finland, Russia, and Sweden. One of the most beautiful Nordic countries situated in North-Western Europe is a popular tourist attraction of the European region, however, most of the people used to visit it in the warmer months of May to August because it becomes extremely cold in the winter season. The lowest temperature recorded in Norway was -51.4°c on New Year’s Day in 1886. 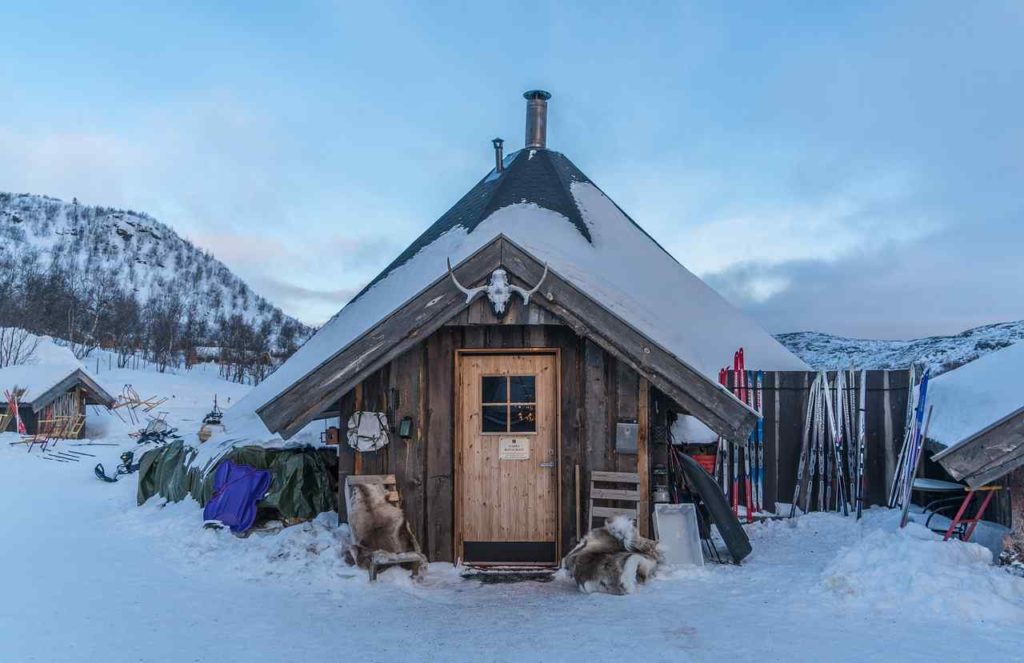 Belarus is known for its continental where winters are extremely cold and summers are relatively warner. The coldest period of the country when the Siberian Anticyclone reaches the country and during this time temperature falls to -30 °C, however, there are many scenarios when the temperature has dropped to -40 °C. Also, it has been that there is an abundant Snowfall during the winter season that occurs from December to early March. 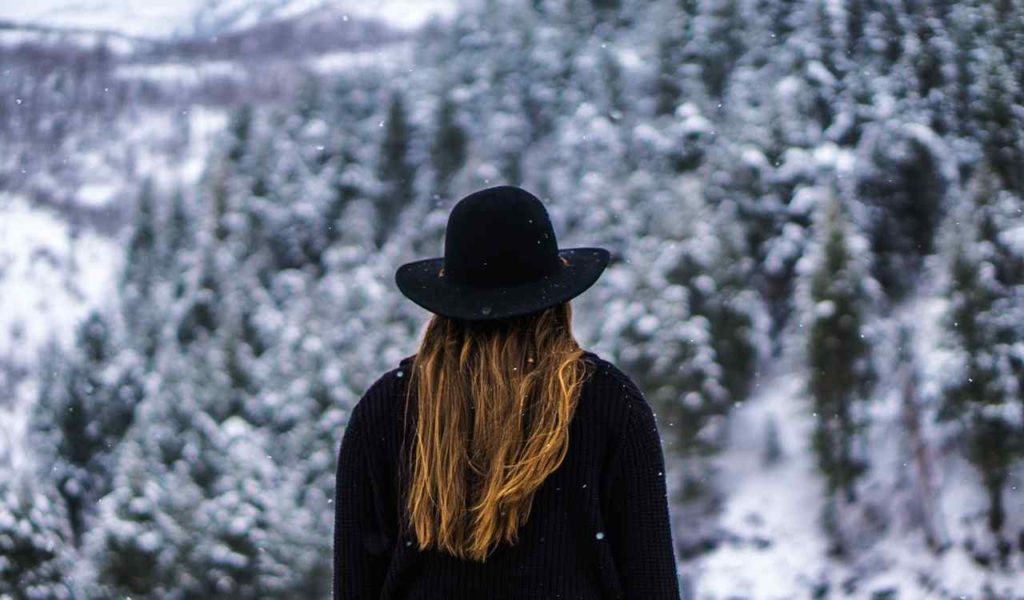 Overall Sweden has a milder climate, however, because of its winter season, it is listed as one of the coldest countries in the world. The climate of the countries has been influenced by the Gulf Stream and a warm clean stream that flows off Norway’s west coast. All four seasons(spring, summer, fall, and winter) have their own unique influence and it varies a lot from north to south. 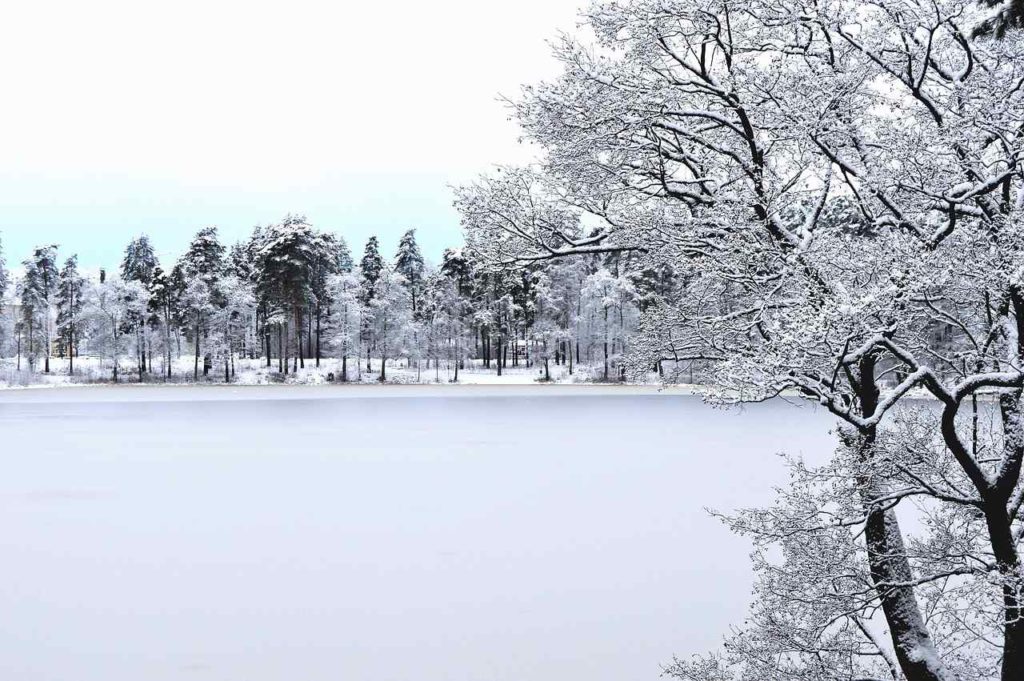 Denmark is a relatively warmer country if we compare it with the top coldest countries in the world through the country shares the same latitude as Hudson Bay in Canada and Siberia in Russia. This is because the country has warm ocean streams that originate from the southern US. According to the Danmarks Meteorologiske Institute, the lowest temperature ever recorded in Denmark was -31.2 degrees Celsius (January 1982) making it one of the coldest countries in the world. 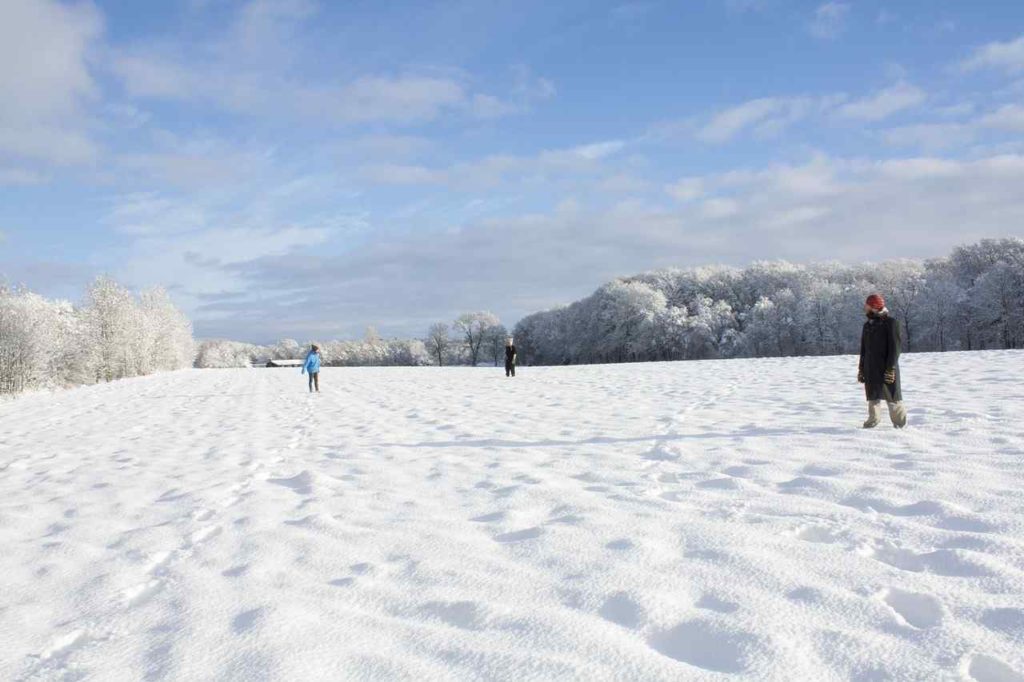 Latvia winters are relatively cold and gray with frequent snowfalls mostly seen in the winter season. According to the viborc, the lowest temperature recorded in Latvia is -43.2 °C. The coldest months of the country are January and February where the average temperature lies between -4.6 and -4.7°C. The Varga annual precipitation in Latvia is 667 mm. Living in such cold regions requires great changes in lifestyle, diet, clothing as well as physiological changes in the color of skin, the blood oxygen level or facial structure that evolved over centuries. Depending on where one lives, the day to day activities can be very different. In such cold regions, traveling, food, clothing, shelter, as well as day to day jobs, are very different and to a large extent dependent on the climate. Have you visited any of these cold countries?