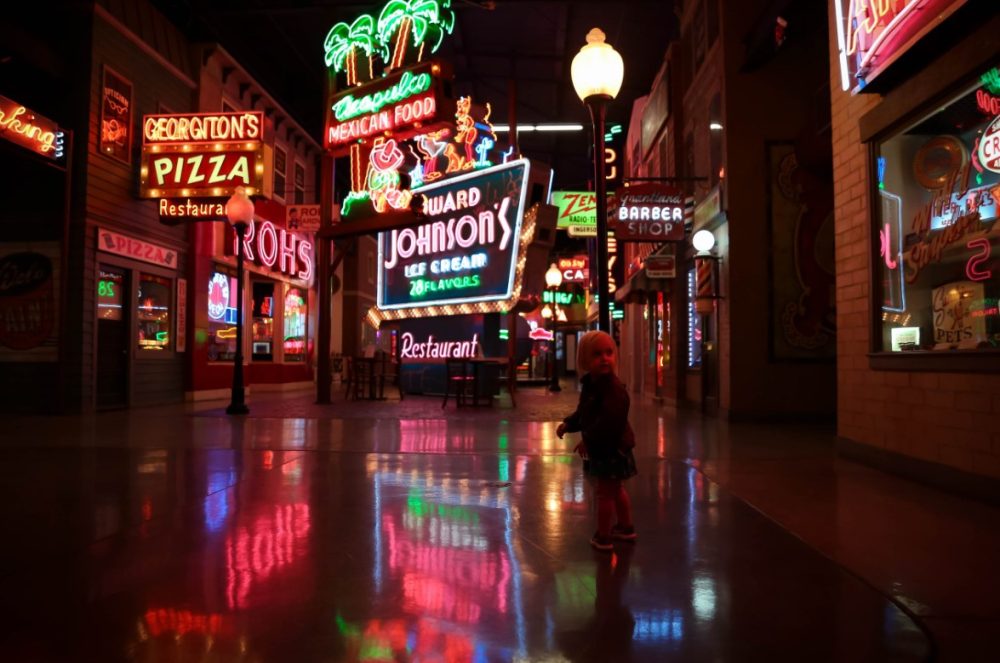 When you hear the word neon you probably think of Las Vegas, right? The big flashy lights are all over Nevada, and it may seem as if you can’t escape crazy big casinos, giant venues, private parties, and billboards at almost every corner. Although that is the case, Vegas is still not the most lid-up city in the world. Drumroll, please… it’s New York! The big apple has it all! Keep on reading to find out more about it.

The city of New York is known for its love of neon signs, and while there are many other factors that keep the city awake, the light and buzz of its neon signs may rank among the top three. Many parts of the city, especially the extremely light Times Square, have gone digital over time, but some vintage signs have persisted. The Apollo Theater in Harlem, the East Village appliance showroom of Gringer & Sons, Katz’s Deli, the original Russ & Daughters, and the Pearl Diner are all must-sees in Manhattan if you’re looking for a big, flashy neon experience.

Movies have made their impact

Are you a big movie fanatic? How about a lover of Blade Runner in particular? Well, in Blade Runner, bright billboards and corporate slogans fill the sky. Not altogether dissimilar from Times Square, where the deluge of advertising can provide a suffocating environment similar to that of the film, depending on your preferences and tolerance levels.

In 2014, Times Square turned on the largest digital billboard in the world.

Now, let’s not forget about the famous Chinatown corner!

The steamed-up restaurant windows, neon signs, and closely packed buildings of New York City’s Chinatown neighborhood, particularly the early food market scene, can be seen in a ton of Hollywood movies. It is one of the busiest places in the world (but rightfully so), along with a ton of neon ads.

If you’re lucky enough you can visit some neon museums to get inspiration for your at-home or business use. Neon signs can come in all different shapes, sizes, and colors. The best venues to see plenty of neon signs all in one location are museums. Here are some to consider visiting if you live nearby.

The Neon Museum, arguably the most well-known neon museum in the nation, houses a collection of hundreds of neon signs from Vegas’ colorful history, both restored and undisturbed. These include signs from famous Sin City landmarks like the Sahara and Stardust as well as previous casinos like those. If you live nearby you should check it out.

2. Oregon’s National Neon Sign Museum is in The Dalles

The National Neon Sign Museum, which is 85 miles east of Portland, is housed in a former Elks lodge and has more than 20,000 square feet of electric signs dating from the late 1800s to the 1960s. There are advertisements for Coca-Cola goods, Shell petrol stations, Buster Brown shoes, and more.

Vancouver formerly glowed with more than 19,000 neon signs, but today, that number is only in the double digits. Neon lovers can view historical artifacts inside the Museum of Vancouver’s neon gallery, and notable signs from local companies that were in operation between the 1950s and 1970s.

Top 3 neon signs to check out if you are nearby 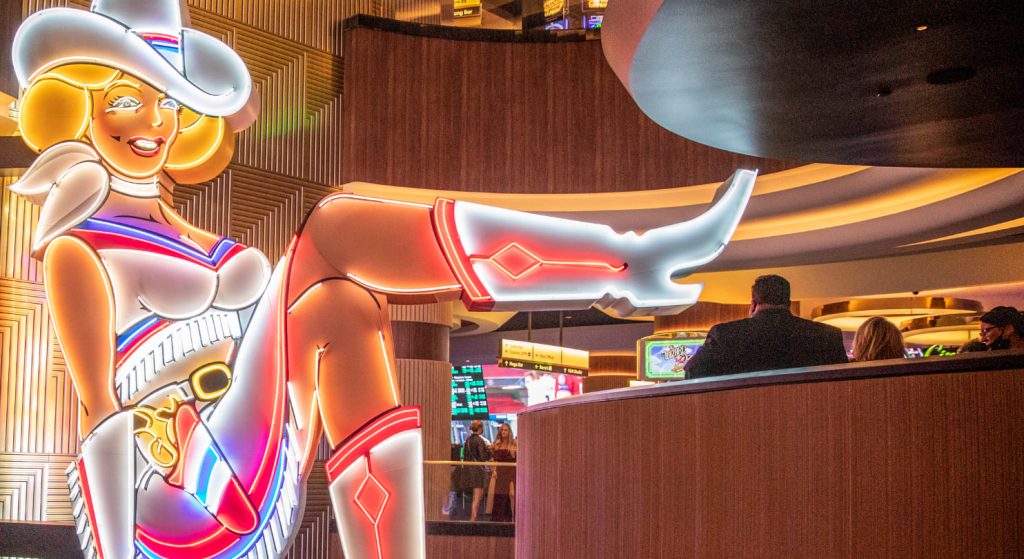 The neon sign capital of the globe may very well be Las Vegas. However, Vegas Vic is one of its most recognizable signs. Vegas Vic made his debut outside The Pioneer Club. Unlike other neon signs, this cowboy-shaped sign could wave (his arm broke in the early 1990s) and would audibly say “Howdy Pardner” to passing people. Despite the 1990s closure of The Pioneer Club, Vic still welcomes visitors. If you find yourself in Las Vegas, make this your spot.

2. The owl that winks 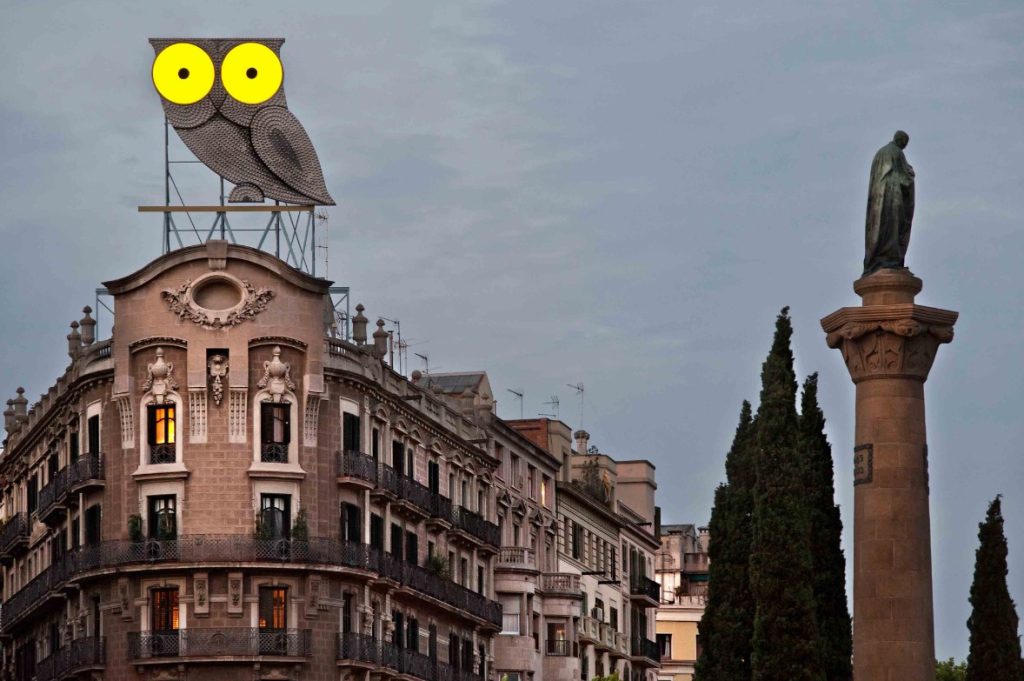 A textless sign known as the Winking Owl is another unusual landmark nearby the Sagrada Familia, one of Barcelona’s most well-known buildings. A sign in the form of a sizable owl with golden, saucer-shaped eyes is perched on top of a skyscraper. The neon advertising business Rótulos Roura, which is recognized for installing signs, first put up the sign in the 1960s. Similar to the law that almost eliminated the Tio Pepe sign in Madrid, a similar law was passed in Barcelona with the goal of reducing light pollution and advertising. But since the owl had come to represent the city indelibly, an exception was made for it. 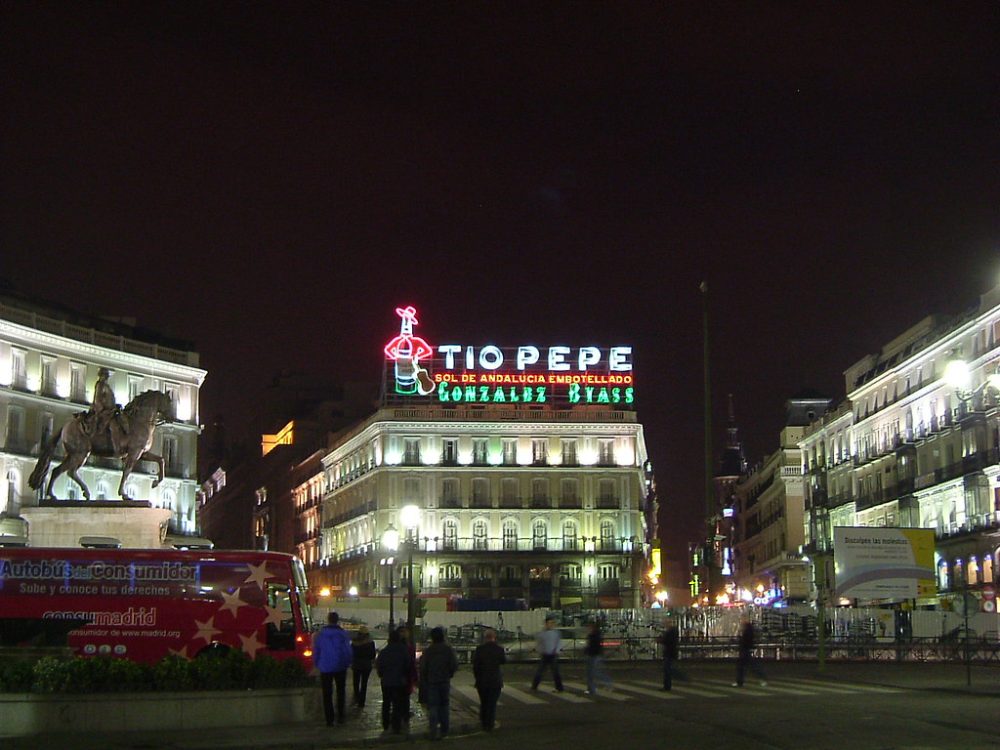 There was no way to predict the turbulent voyage that the advertisement for Tio Pepe brand sherry would take over the course of its existence when it first appeared on the Madrid skyline in 1936. Even though it was initially erected on top of the Paris Hotel near the Puerta del Sol, it would eventually migrate (before ultimately ending up back in the Puerta del Sol). As a result of the decision to remove neon signage, it would almost become obsolete, but due to its popularity, it would be spared from the rule. As a result, the sign keeps promoting “Sol de Andalucia Embotellado” (literally, “Andalucian sun in a bottle”) to the city’s core.

Want a neon sign for yourself or your business?

If this article has inspired you to get a neon sign, make sure to check out echoneon.com. They make some of the best high-quality and durable neon signs for anyone’s preference. Find neon signs, customize them, or even browse through echo lamps. The average lifespan of LED neon lights is over 50,000 hours. Go for one of the neon signs to liven up any event, use it in your place of business so people will have something to remember after they leave, or place them anywhere in your home.