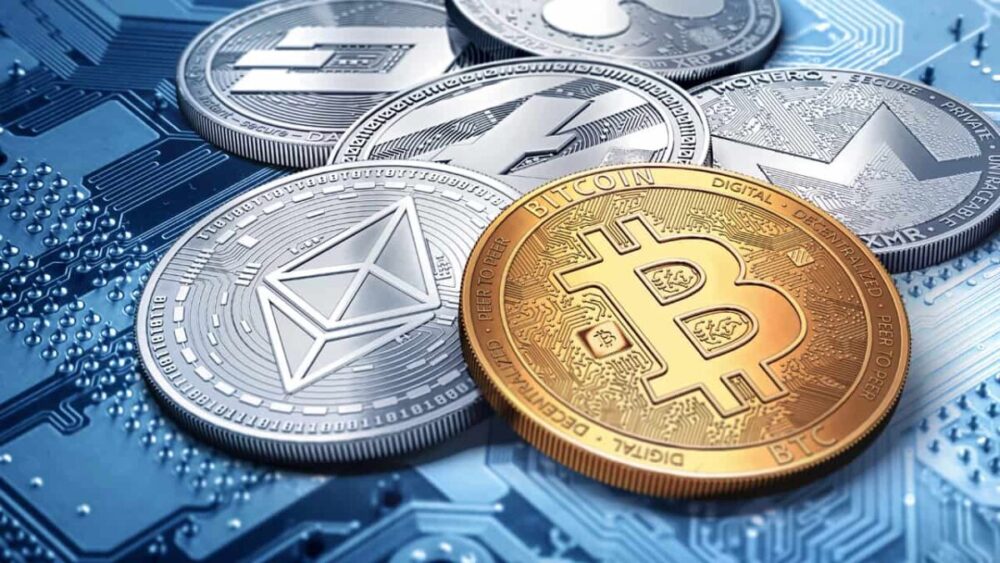 World is changing and in the last 10 years we were able to see 2 major shifts in the Fintech sphere – cryptocurrency with it’s growing popularity and mobile banking technology that changes the way we pay. In modern conditions, you can’t imagine a mid-sized store without plastic card and wireless payment acceptance, but there are not so many spots where you can spend your Bitcoin, Ethereum, or any other crypto money.

I’ve prepared a list of cities that promote crypto technologies by allowing merchants to receive  payments in crypto currencies. If you plan to spend your Bitcoins during your trip – pick a city from this list, because there are a lot of countries where crypto payments are illegal or banned. But before we start, let’s figure out what a cryptocurrency is.

A cryptocurrency is a digital or virtual currency that is secured by cryptography, which makes it nearly impossible to counterfeit or double-spend. Many cryptocurrencies are decentralized networks based on blockchain technology – a distributed ledger enforced by a disparate network of computers. Nowadays, cryptocurrency is the most important part of the Fintech sphere. To know more about Fintech tools and how they can help your project grow, click here.

Bitcoin – the most famous crypto currency 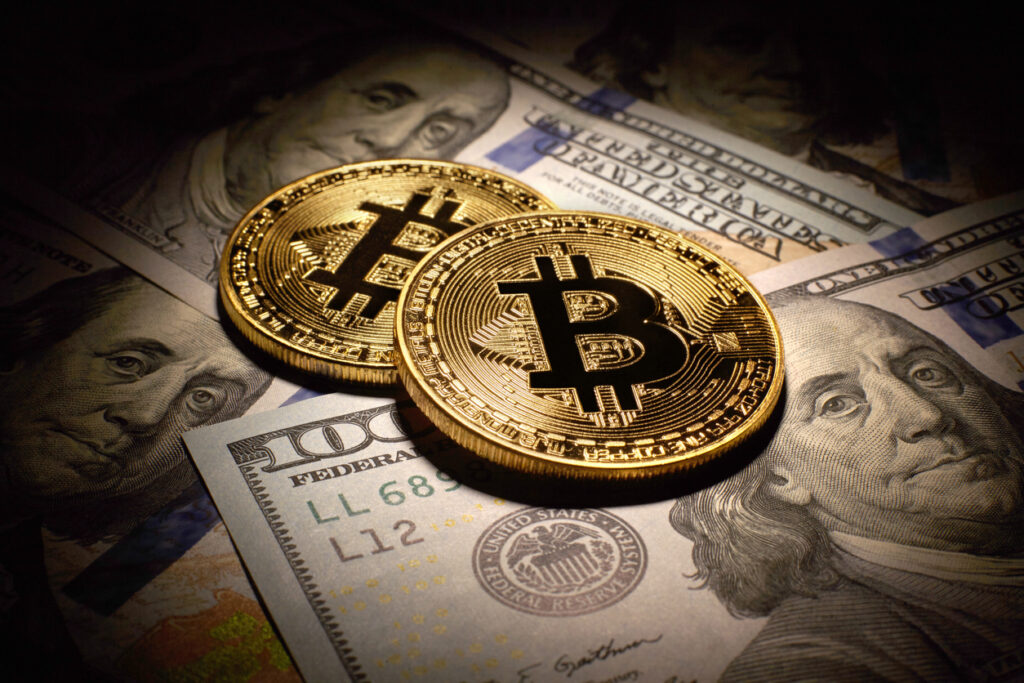 Bitcoin, the largest cryptocurrency by its market cap, can be used anonymously to conduct transactions between any account holders, anywhere and anytime across the globe, which makes it attractive to criminals and terror organizations. They may use Bitcoin to buy or sell illegal goods like drugs or weapons. Most countries have not clearly determined the legality of Bitcoin, preferring instead to take a wait-and-see approach. Some countries have indirectly assented to the legal use of Bitcoin by enacting some regulatory oversight. However, Bitcoin is never legally acceptable as a substitute for a country’s legal tender. 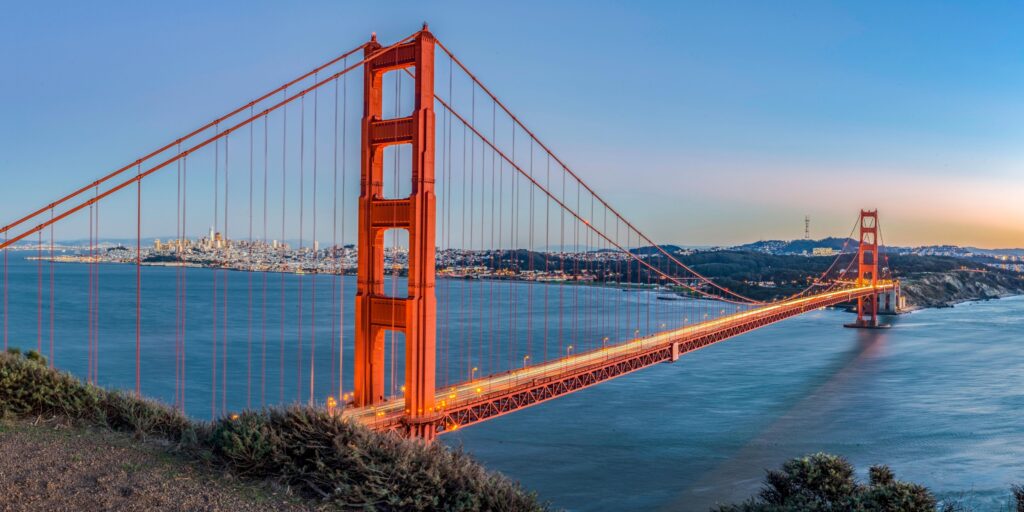 Not surprisingly, the technology capital of the United States figures prominently on our list. San Francisco is home to cryptocurrency trading platforms Coinbase and Kraken. More than two dozen merchants accept Bitcoin, including 9 restaurants, a bakery, and 2 bars. There are 19 places to withdraw Bitcoin from an ATM. Not bad, given its relatively small population.

Bitcoin has a strong community in Canada, which has taken regulatory steps to embrace the virtual currency. Vancouver is home to QuadrigaCX, the defunct cryptocurrency exchange that lost C$180 million in client funds after the alleged death of its founder. More than two dozen merchants in Vancouver accept bitcoin. Residents can buy bitcoin at nearly 40 ATMs. In fact, the world’s first bitcoin ATM began operations at Waves Coffee House on October 29, 2003, in downtown Vancouver. The city is home to more than 631,000 residents.

Amsterdam is home to mining hardware maker Bitfury and the European headquarters of payment service provider BitPay. More than 30 merchants accept bitcoin in the capital city, including a bike rental, a barber and an antique ring shop. The city’s 840,000 residents have about a dozen bitcoin ATMs available to them. 23 Merchants in Utrecht, Rotterdam and the Hague also accept cryptocurrency.

Ljubljana is the capital of Slovenia and its largest city, yet it is the smallest on our list with a population of about 289,000. The prominent bitcoin exchange Bitstamp was founded by Slovenians before setting up operations in Luxembourg and London. Ljubljana has four bitcoin ATMs and roughly 200 merchants who say they accept bitcoin. 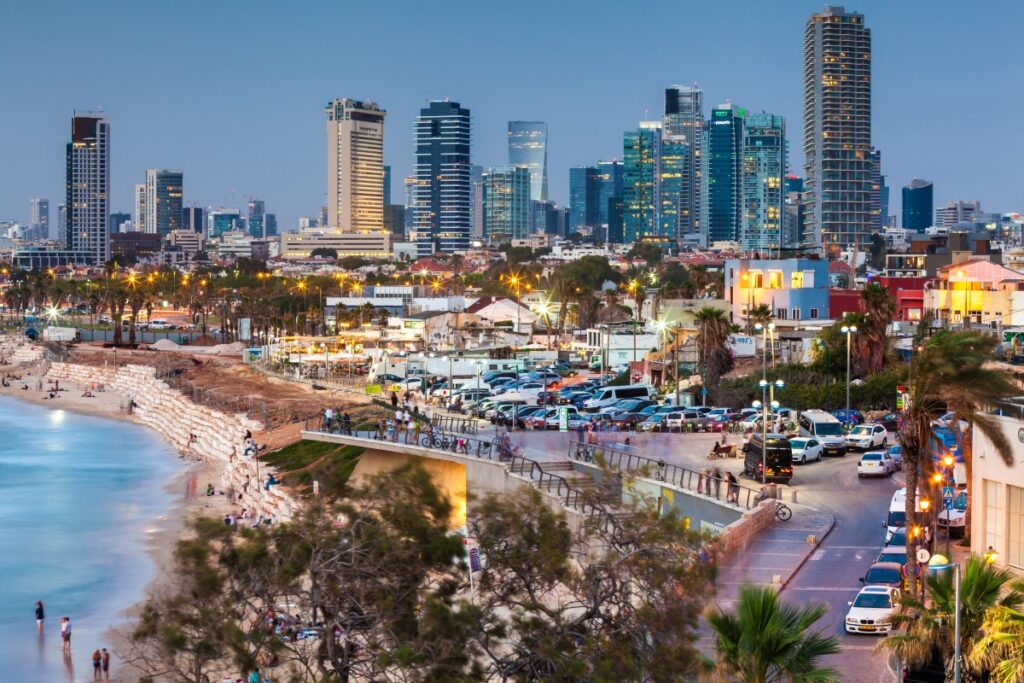 Israel’s financial center and one of the world’s leading cities for startups has more than a dozen merchants accepting bitcoin and two bitcoin ATMs in a population of 451,000. The Israel Bitcoin Meetup Group in Tel Aviv is among the most active in the world with more than 3,800 members.

The largest city in Switzerland and a leading financial center, Zurich has about two dozen businesses that accept bitcoin and 10 ATMs serving a population of more than 428,000. 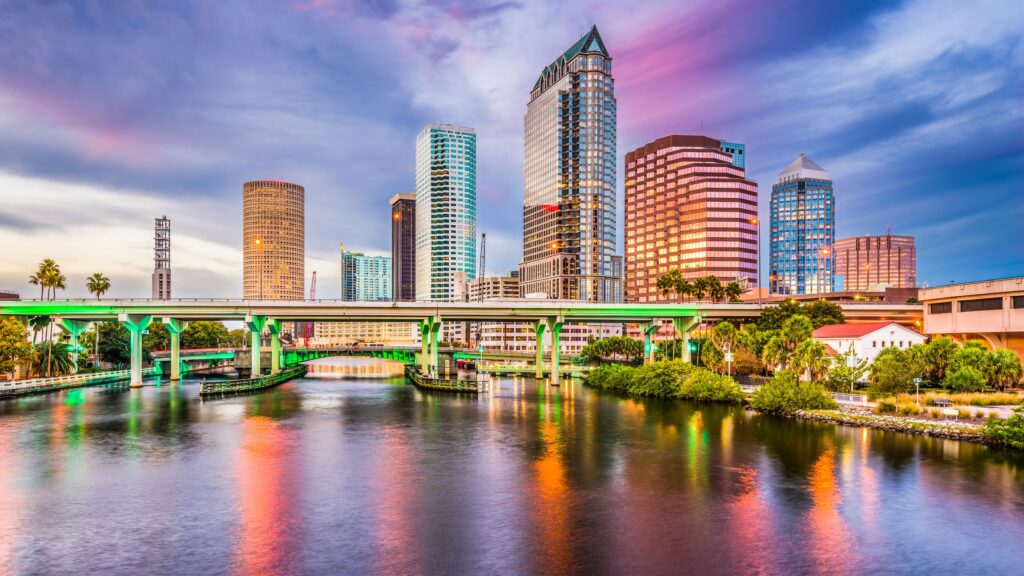 This city of 392,000 residents has about four dozen merchants who say they accept bitcoin and a surprising 45 bitcoin ATMs.

More than 100 merchants in Buenos Aires and the surrounding area accept bitcoin, and you’ll find 11 bitcoin ATMs in the city of 2.9 million people.40 41 42 In Argentina, a country notorious for repeated currency and debt crises, bitcoin has received a warm welcome so far. 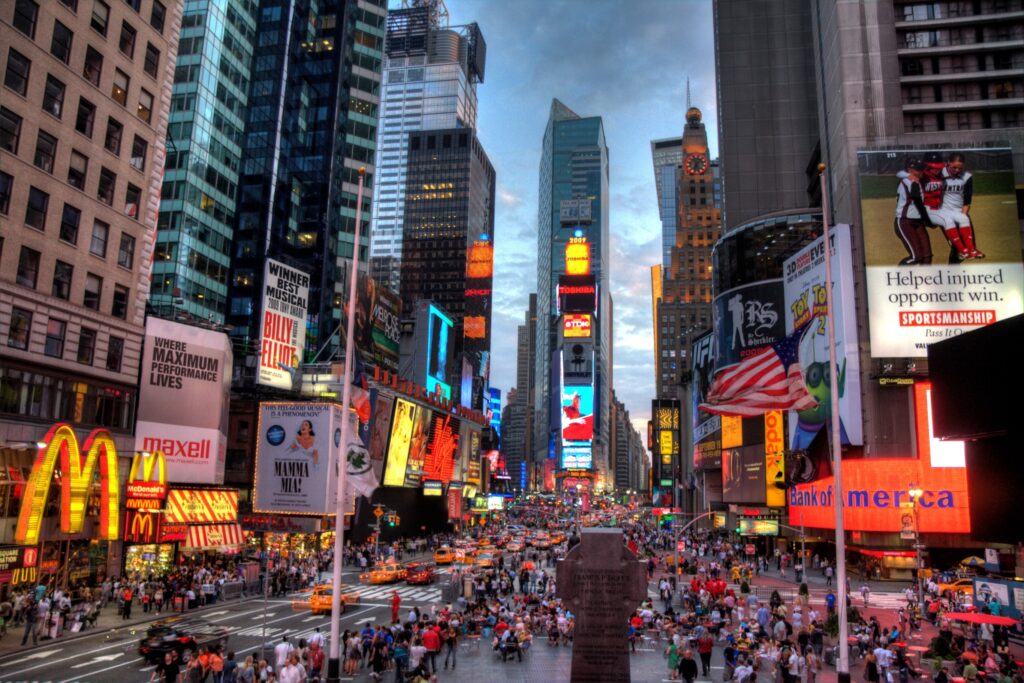 The financial and tech hub of 8.4 million people can spend their bitcoin at about three dozen merchants in the five boroughs and buy bitcoin at 14 ATMs. New York is home to the Gemini exchange founded by twins Cameron and Tyler Winklevoss.

The capital of the United Kingdom is home to 8.9 million residents, more than 130 bitcoin ATMs and about 50 merchants who will accept bitcoin for payment. Startups based in the city include Coinfloor, which claims to be the oldest bitcoin exchange in the U.K. There are also dozens of bitcoin and cryptocurrency Meetup groups in London.

Other regions becoming more accepting of bitcoin and cryptocurrency include Cyprus and Malta, as well as countries experiencing economic uncertainty and currency volatility such as Venezuela and Zimbabwe.

While Bitcoin is welcomed in many parts of the world, a few countries are wary because of its volatility, decentralized nature, perceived threat to current monetary systems, and links to illicit activities like drug trafficking and money laundering. Some nations have outright banned the digital currency, while others have tried to cut off any support from the banking and financial system essential for its trading and use. 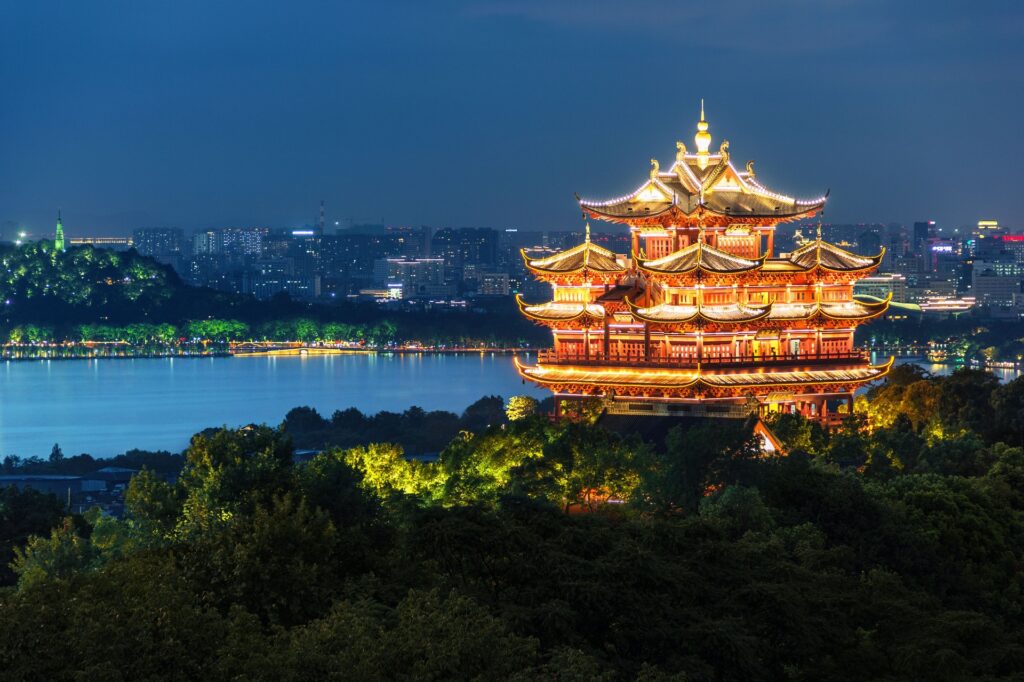 Bitcoin is essentially banned in China. All banks and other financial institutions like payment processors are prohibited from transacting or dealing in Bitcoin. Cryptocurrency exchanges are banned. The government has cracked down on miners.

Blockchain solutions will be legal in Russia starting from January 2022, but cryptocurrency cannot be used for payments. 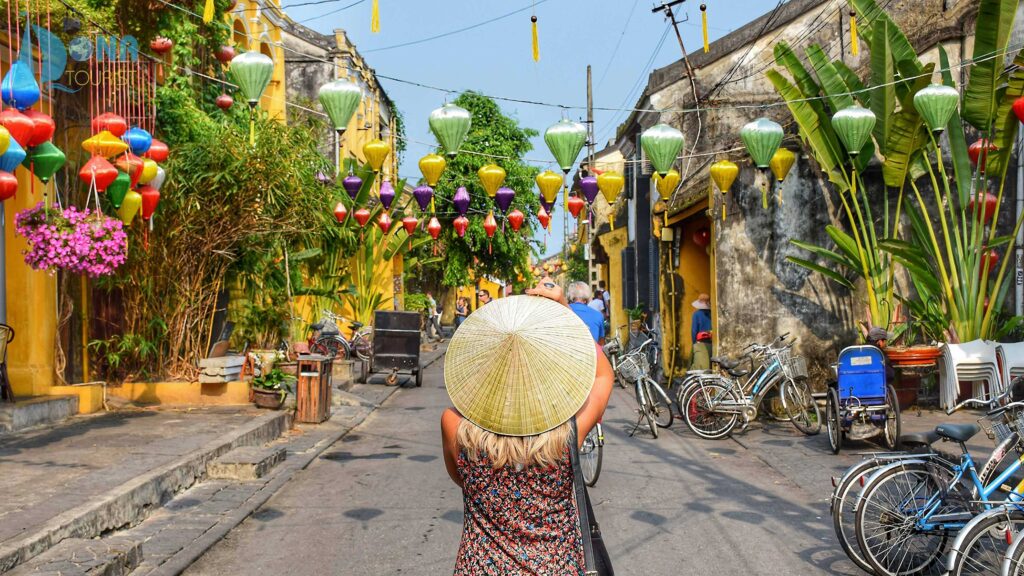 Vietnam’s government and its state bank maintain that Bitcoin is not a legitimate payment method, though it is not regulated as an investment.

In the modern, continuously changing world of financial technologies, cryptocurrencies and assets can be a good alternative for making money. Interest in the crypto sphere is growing (according to Coinmarketcap, there are 3000+ altcoins existing) and we see a lot of new projects in different spheres (education, mortgage, payments) based on decentralized and transparent systems. So, if till today you were not sure about the future prospects of cryptocurrencies, I believe this article should enlighten you