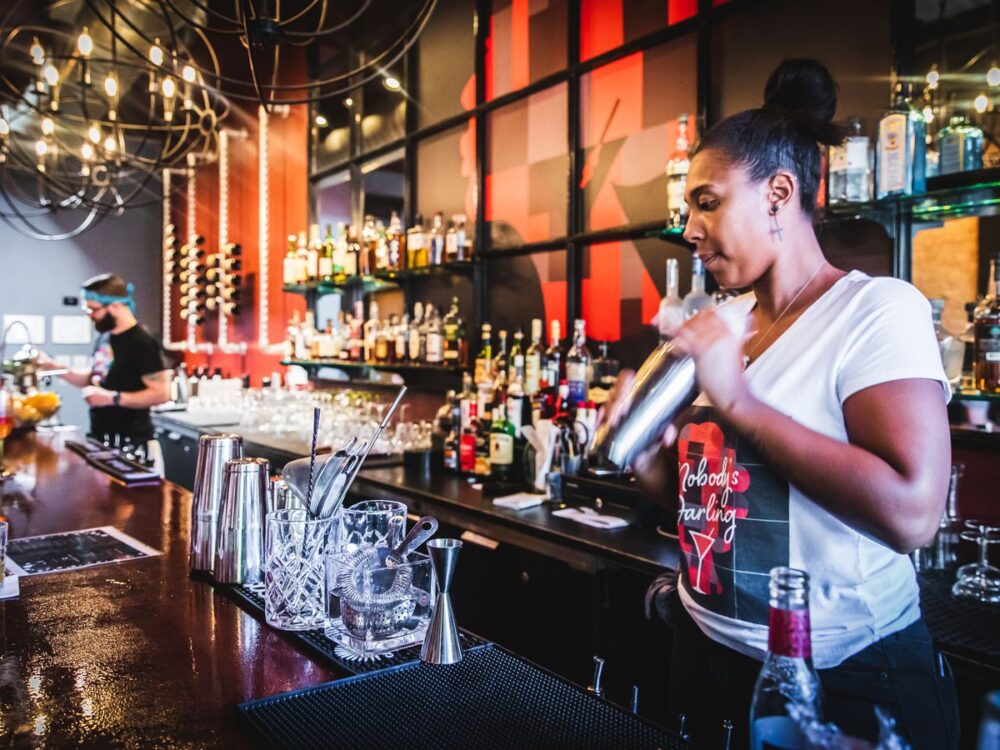 Chicago is home to a brilliant bar scene, and there are venues to cater to all tastes and budgets. In fact, there are so many good watering holes in the Windy City that it’s sensible to pick out a few to add to your itinerary before you visit, rather than trying to be spontaneous on the day.

To that end, we’ve put together an overview of the must-see bars in Chicago so you don’t have to search high and low for great drinks and an unforgettable atmosphere yourself.

Opened just three years ago, Osito’s Tap aims to hark back to an earlier era of the city’s drinking establishments, with a speakeasy vibe that’s reflected not only in the décor but also in the drinks menu.

You’ll probably want to grab a cocktail from the extensive list of tequila-focused creations, but there’s also a great selection of draft beer. 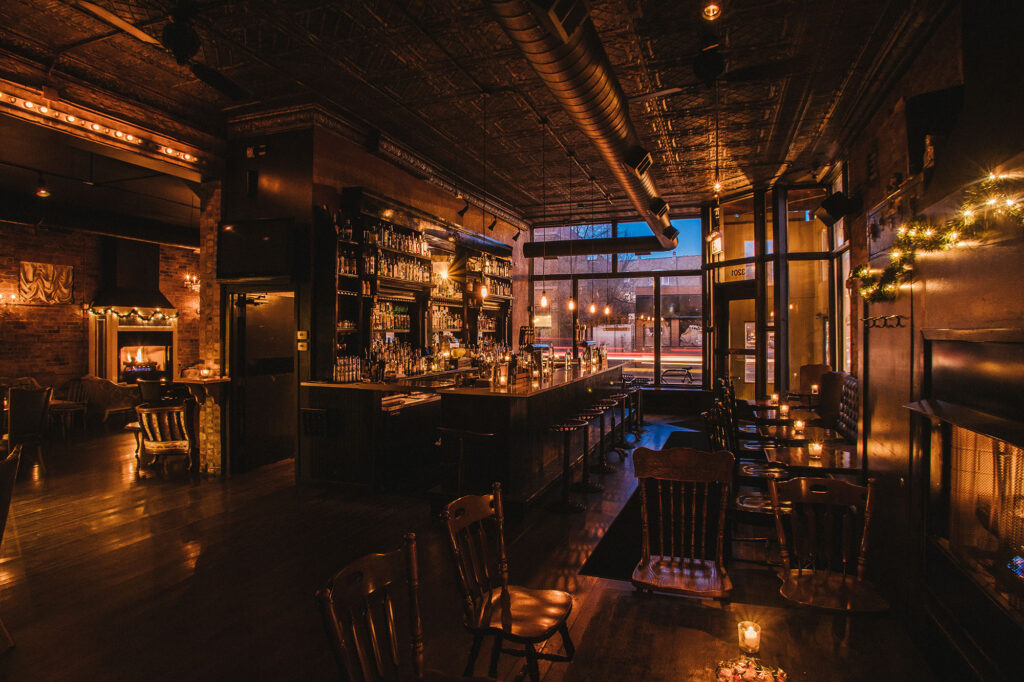 Tequila isn’t for everyone, and so if you’re more of a gin fiend then Scofflaw is the bar to be at. Once again the interior aesthetic is deliberately stuck in the past, with high ceilings, dark woods, and large windows giving views out over the street.

Best of all, the selection of cocktails available here is always in rotation, so even if you’ve been before you’re sure to see an entirely new line-up of delicious beverages to slurp down. 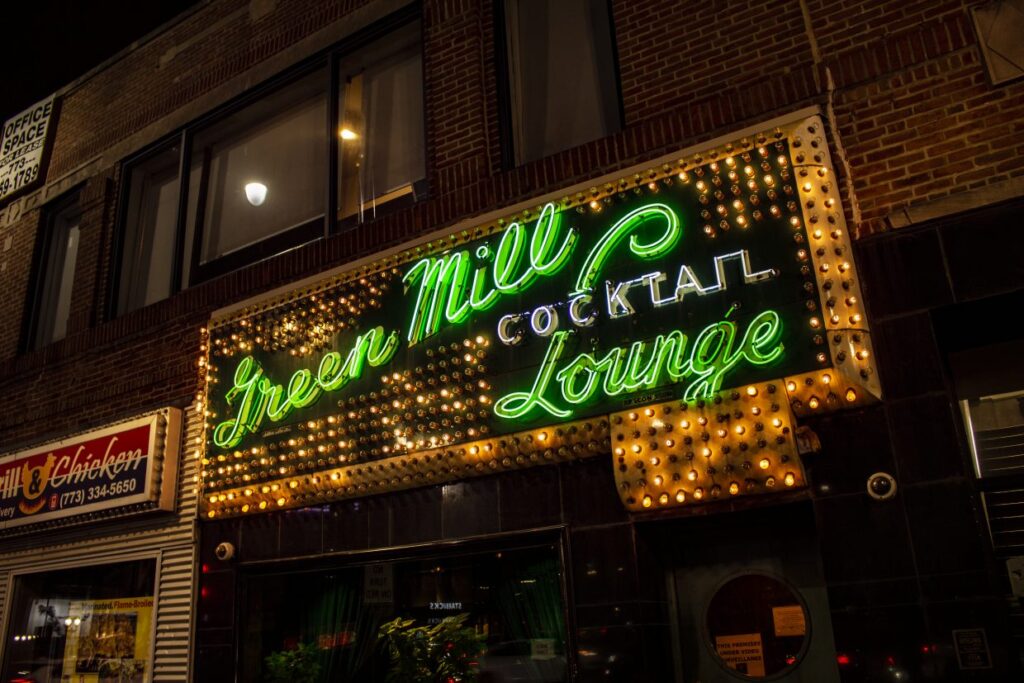 For live music lovers, there’s really no better bar in Chicago to drop into than The Green Mill. You’ll find top acts from across the jazz spectrum performing throughout the week, and it’s yet another example of a venue that’s not afraid to wear its old-school influences on its sleeve.

The main thing to remember before you arrive is that this is a cash-only venue, so if you’re expecting to pay by card or phone, you’ll be disappointed. And if you are heading out to the city with a lot of cash on you, it makes sense to be smart about how you travel. Taking advantage of the best limo rental Chicago has to offer is a safe, stylish solution. 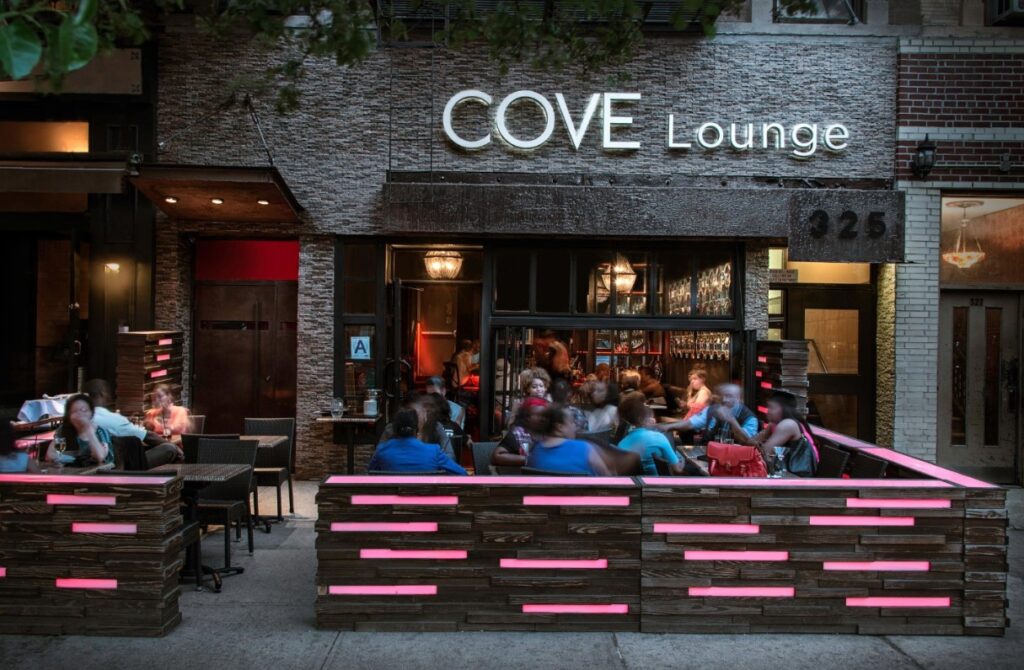 So far we’ve mostly discussed classy joints, but Cove Lounge is a more understated, everyday bar that attracts people from all walks of life, and offers mainstream drinks at reasonable prices.

The lack of pretension to the interior is reflected in the likability of the staff and customers, so it’s the perfect place to keep the good times rolling without worrying about how you’re being perceived. Just make sure you visit Chicago at the right time to ensure that you aren’t caught out by the weather when bar hopping. 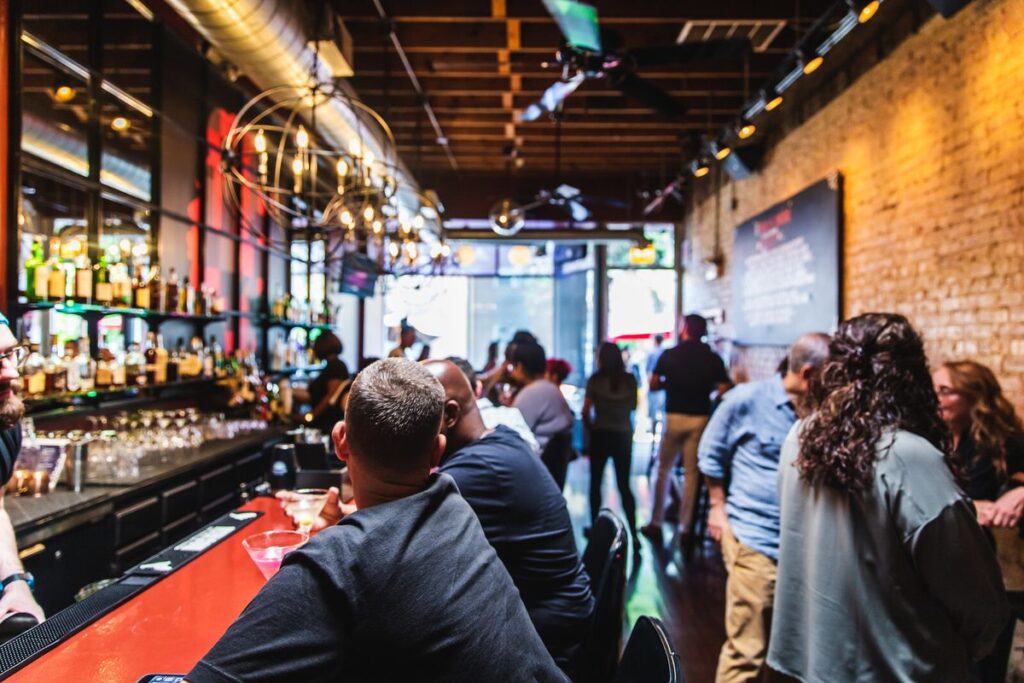 It’s hard to argue that any other bar has a better name than Nobody’s Darling, and while its mission statement is all about expressing your individualism and not conforming to the pack, it’s not exactly an unwelcoming or low-brow type of place.

Cocktails are once again the main event here, and while there are plenty of pretty classic recipes available, most are adapted to make them a little out of the ordinary. 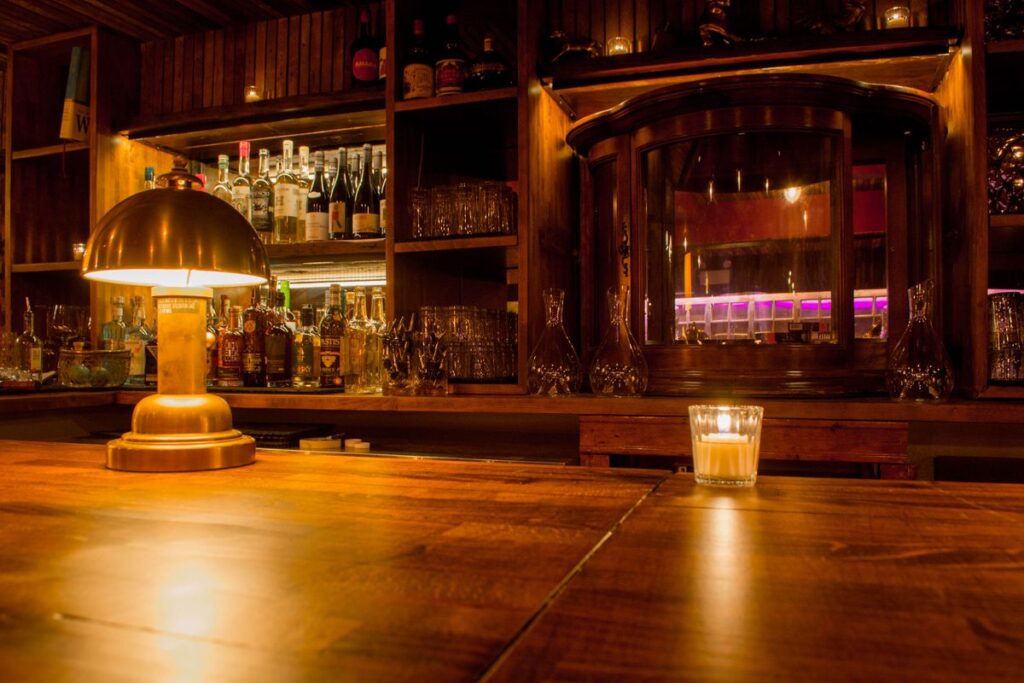 For wine buffs, booking a table at Soif and sampling their extensive cellar of bottles sourced from around the world is a must.

As the name suggests, it’s very much inspired by France and its drinking culture, so the cocktail menu is modest and generally geared towards showcasing great French flavors as well. 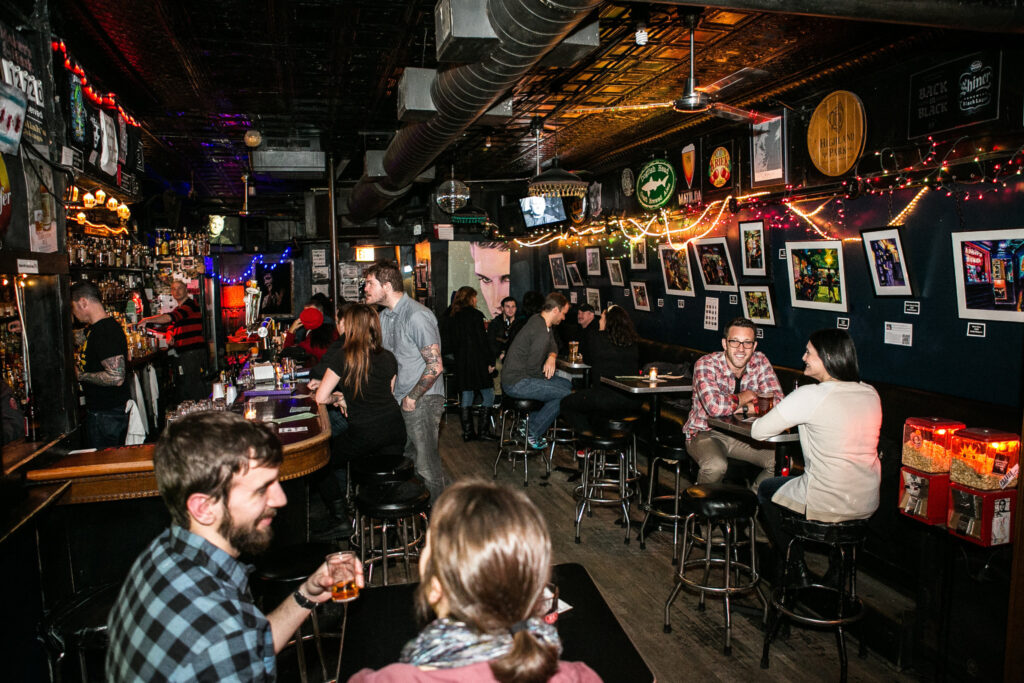 For a bar where the beer is cold, the whiskey is free-flowing, and the music stays pumping late into the night, add Delilah’s to your Chicago trip agenda.

There are also must-have bar accessories dotted throughout the space, including a pinball machine that will swallow more than a few quarters once you get going. 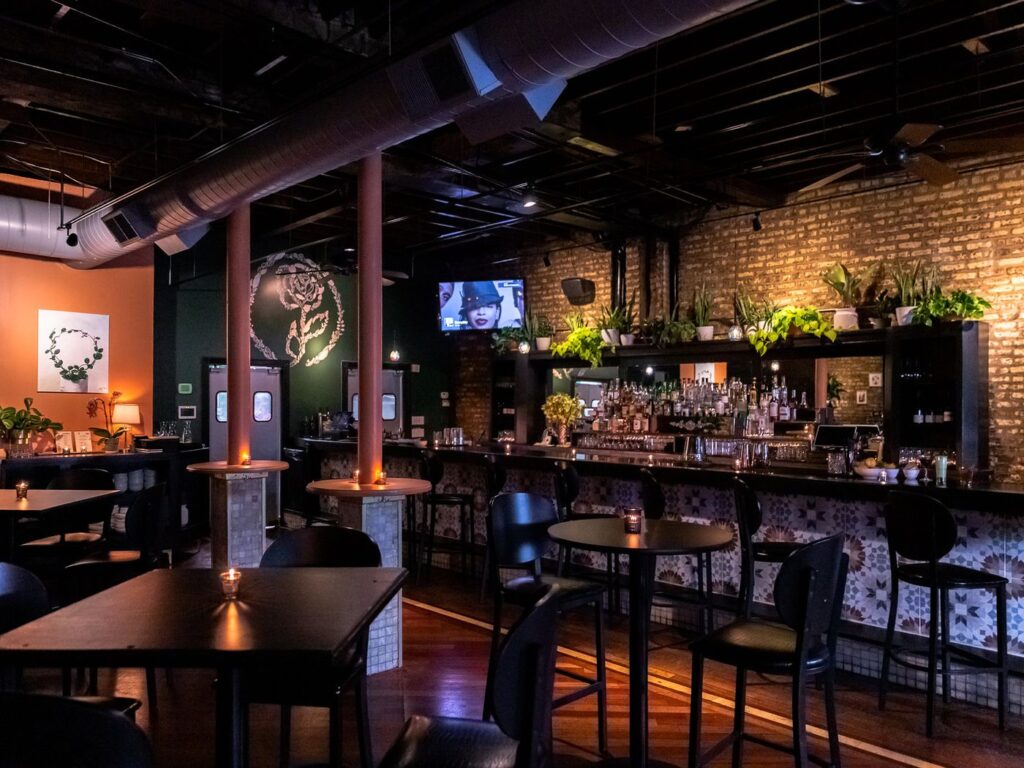 A mashup between a cocktail bar and a florist, Moonflower is replete with greenery on every available surface, and you can of course purchase the plethora of plants that you encounter within.

This trend for the natural is carried across to the drinks menu, where cocktails are brimming with fresh fruit, and beverages tend to be of a botanical bent. Boasting a large, industrial-style interior space, this glorious brewery is actually occupying a building that used to be a place of worship many years ago. Today, customers come to give thanks for the many delicious drinks that are made on-site, including ciders that impress with their variety of flavor profiles and strengths.

You’ll also want to make sure you try out the food menu at Eris Brewery and Cider House. It’s not especially sophisticated, but when you need something cheesy and filling, it will really hit the spot. 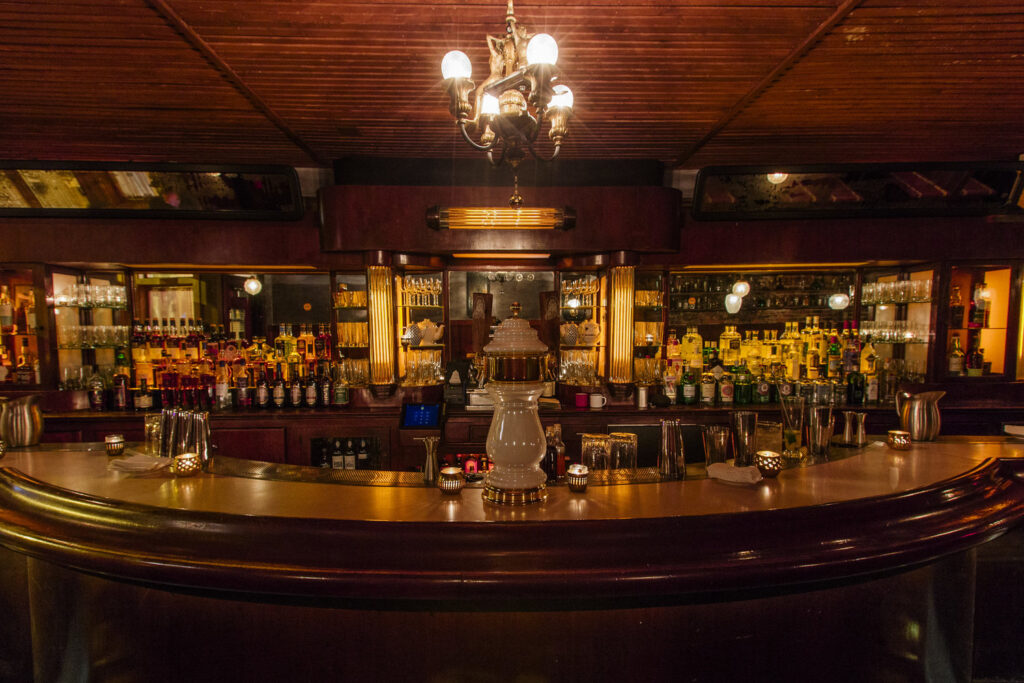 Proving once more that Chicago really is a city where cocktails reign supreme, this Wicker Park bar has been a staple of the neighborhood for decades, and you can really feel the history of the place oozing from every wall, booth, and floorboard.

Here the inspiration is of a nautical nature, with the sailing culture of the former British Empire being brought to bear on the types of drinks that are served, and even the kinds of food items you can order to enjoy at your table. 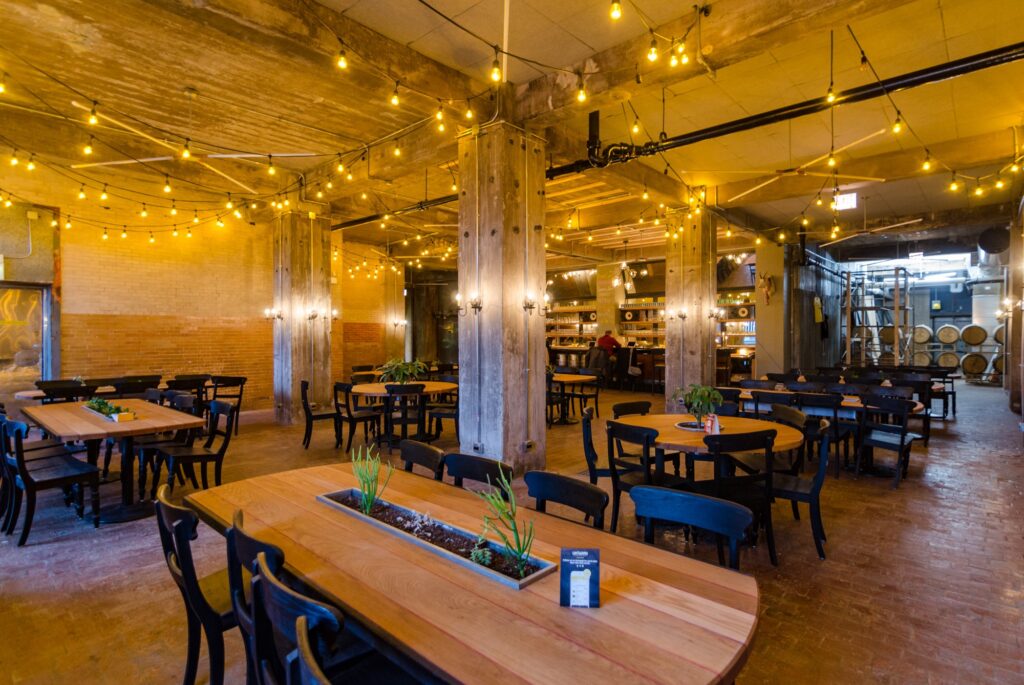 The craft beer movement has morphed many times over the last few years, and so while some producers are still very much focused on American-style pales, the Whiner Beer Co. has turned its attention across the Atlantic to the European approaches to production, creating a very different vibe to its line-up of drinks.

Regardless, it’s taproom in Chicago, which is of course attached to the brewery itself, has something for all guests, and benefits from a no-nonsense design that doesn’t try to bowl you over with its opulence or take you back to the past.

So there you have it; all sorts of Chicago bars that deserve your attention and your custom when you’re next visiting.