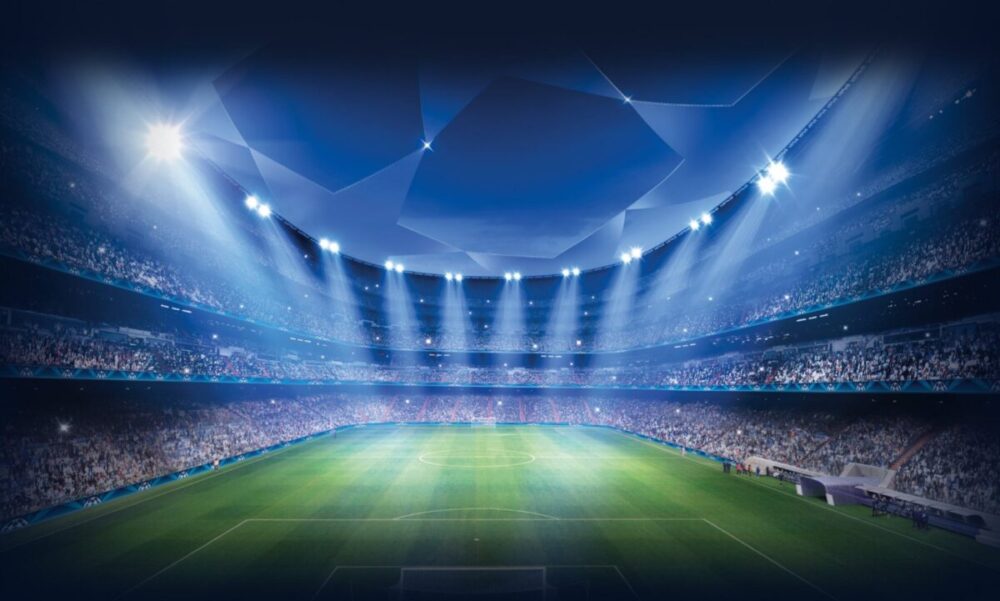 The Champions League is seen as the pinnacle of European club football as it brings together the very best 32 teams the continent has to offer in a group stage and knockout format tournament.

Everything around the Champions League is elite: the clubs, players, managers and the glitz and glamour that is associated with the famous anthem that is played ahead of every Champions League game.

As such, the stadia that are used for Champions League matches, particularly in the latter stages, tend to be amongst the elite as well. Football games of this magnitude need to come accompanied with a fitting backdrop and the teams in the competition more often than not boast some of the best stages the sport has to offer.

It is fitting too that the final takes place in a dramatic amphitheater, with the venue for the final being different each year. Cities will have the opportunity to bid on the right to host the competition’s showpiece event, with this season’s final in 2022 being hosted at the Krestovsky Stadium in Saint Petersburg.

If you are interested in betting on the Champions League this season then be sure to head over to Max Free Bets. They have compiled a list of the very best online betting sites for new customer free bets, existing customer offers and competitions across their site. You will always get the best value when betting with Max Free Bets.

Continue on to see our list of the very best Champions League stadiums that all football fans should visit and experience at least once in their lifetime. 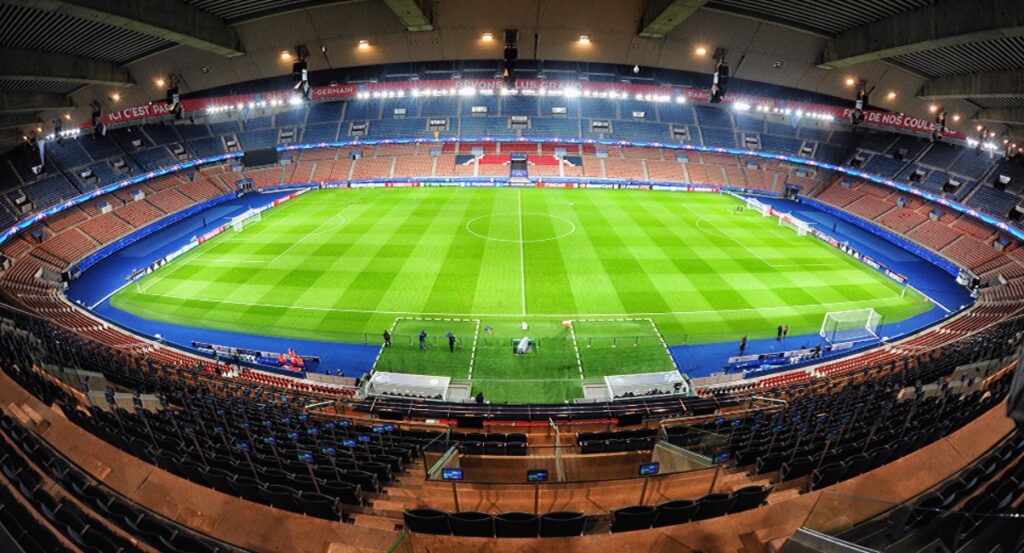 If ever there was a time to go to the Parc Des Princes to watch Paris Saint-Germain in the Champions League then it’s this season. PSG’s unbelievable transfer window has left them with a formidable front three of Lionel Messi, Neymar and Kylian Mbappe, which may only last one season due to the latter’s expiring contract at the end of this campaign and Real Madrid’s heavy interest. Playing host to 47,929 seated spectators, there is an entertaining section of ultra supporters who ensure a solid atmosphere is maintained throughout. The stadium layout ensures a good view is had by all who attend regardless of how close to the pitch you are and sitting in the heart of Paris, this is a destination that offers plenty more than just the match for the more casual fan. 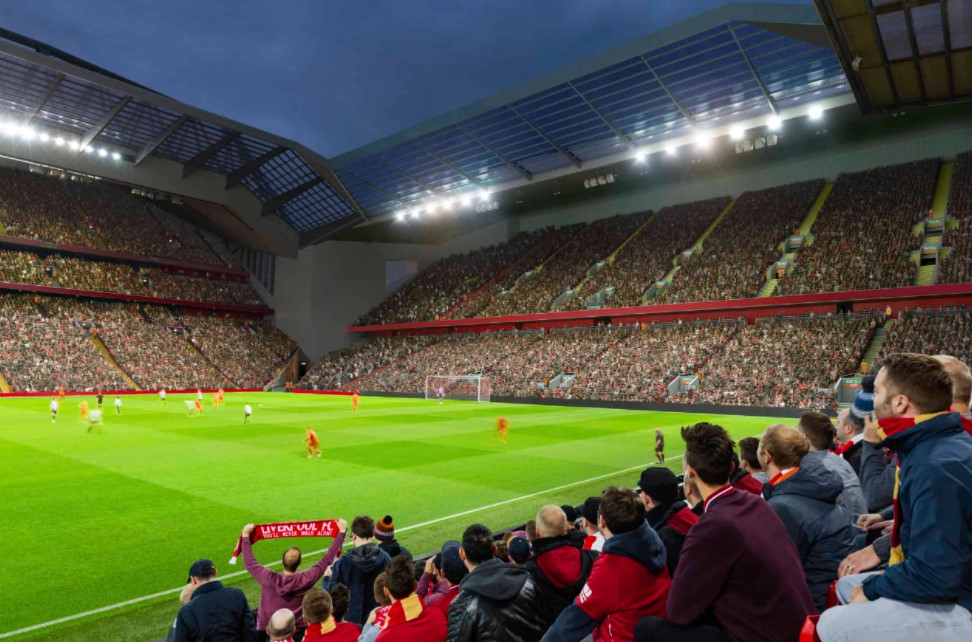 Few stadiums in European football are able to boast as many famous nights in the Champions League as Anfield, which is renowned worldwide for its atmosphere under the bright lights on European nights. Wins over Saint Etienne, Chelsea, Borussia Dortmund and Barcelona to name but a few have become part of Liverpool folklore along with the Kop’s ability to seemingly suck the ball into the net. The main stand was recently extended to increase the total capacity to 53,394, while there are also plans to build on the Anfield Road end which will move the capacity up to around 61,000, giving fans more chances to get a ticket. Experiencing the spine tingling rendition of ‘You’ll Never Walk Alone’ prior to kick off is something every football fan should want to witness in person. Champions League nights are undoubtedly the best time to attend matches at Anfield for both drama and atmosphere. 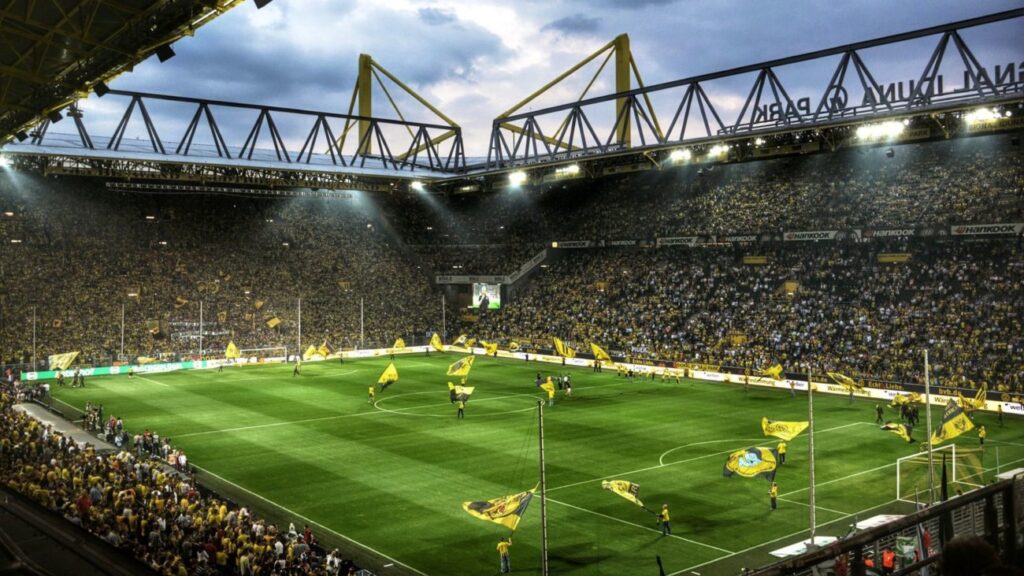 Borussia Dortmund’s ‘Yellow Wall’ forms one of the most famous stands in European football and is a must-see for keen fans of the game. German football is celebrated for its affordability with tickets being accessible to most whilst also coming with a free train ticket on away matches. Dortmund have become a perennial Champions League club over the last decade or so and have become well-known for their exciting, attacking football. The Signal Iduna Park is a Champions League worthy stadium and the success of the team since the beginning of the Jurgen Klopp era now makes them the established second force in Germany behind Bayern Munich. 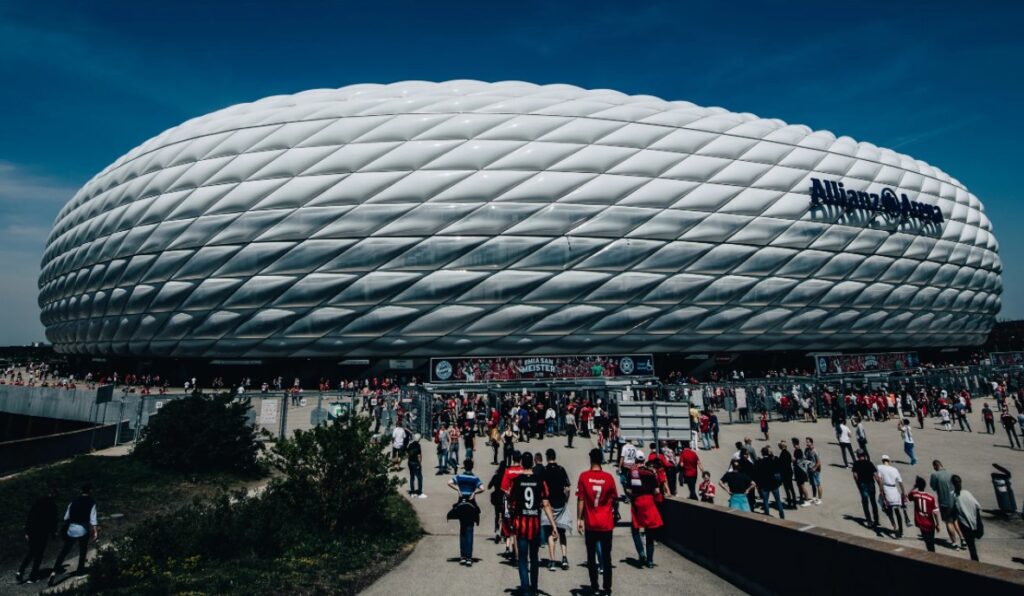 The Allianz Arena is an intimidating behemoth of a ground for opposing teams and one of the most impressive feats of modern architecture when it comes to football. Hosting a huge 75,000 fans for each match, the Allianz Arena is widely known for being the first stadium in the world with a full colour changing exterior. Now 16 years old, it has been home to Bayern Munich since its opening and is a venue fitting of a club that is by far and away the most dominant in the country and one of the most successful in Europe. Bayern Munich have a special relationship with the Champions League having won it six times in their history and they play on one of the most impressive stages the competition has to offer. 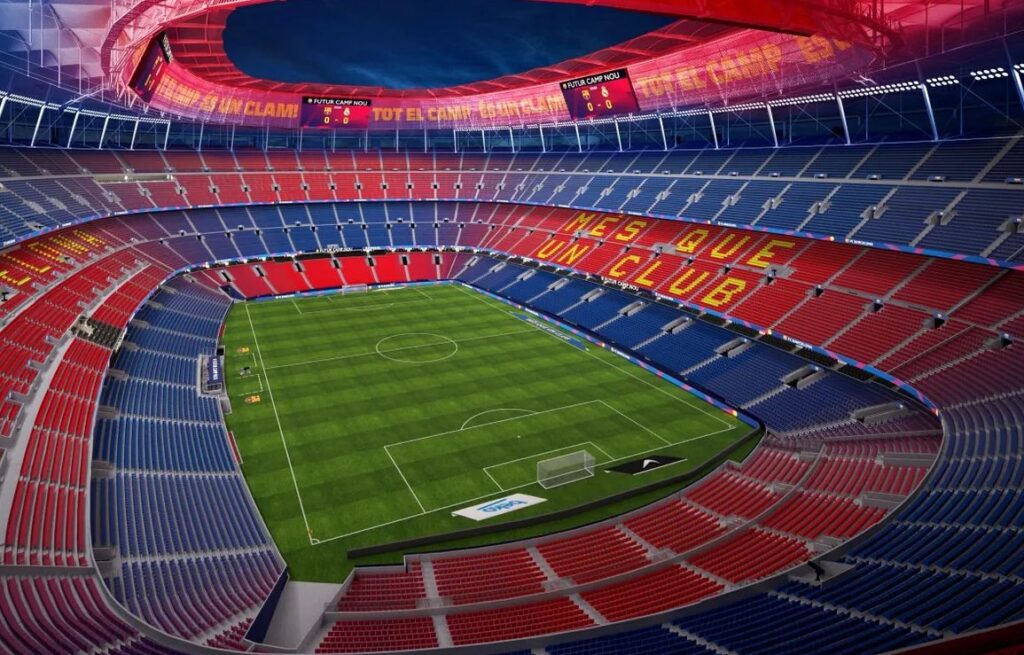 Barcelona may have lost a significant level of their enchantment by losing Lionel Messi in the summer, but that doesn’t take any gloss away from the Camp Nou. With a huge capacity of 99,354 and a pitch that is eight metres below ground level, to say the Camp Nou is an imposing theatre would be an understatement. It is a colosseum of a football stadium that is far from the modern day ground, maintaining many old school features that will bring feelings of nostalgia to visitors. Also situated within one of the most beautiful cities in Europe, there are many reasons to go and visit the Camp Nou alongside the football. 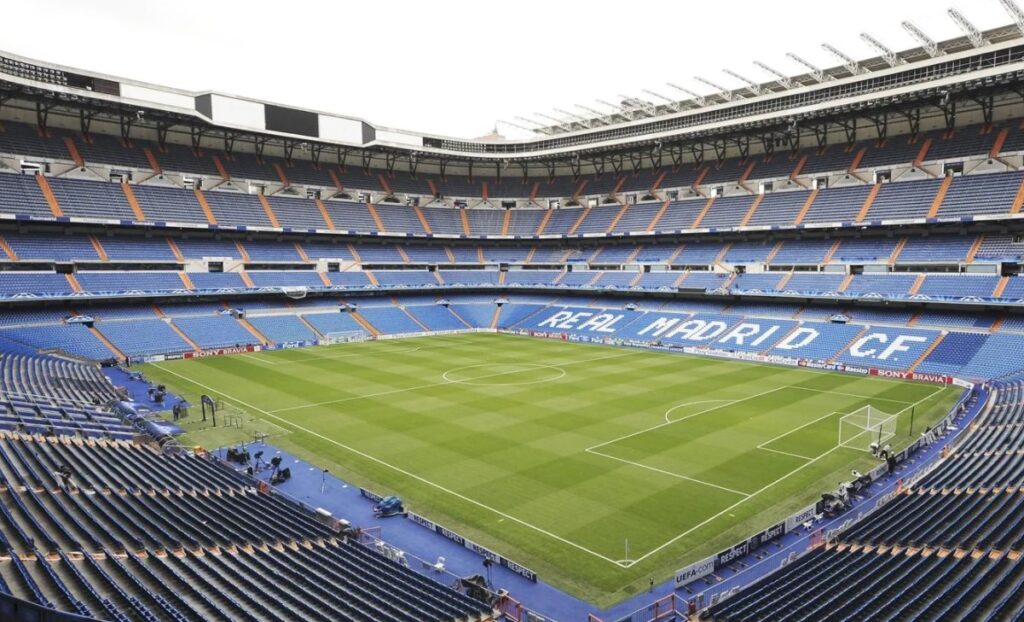 No list of Champions League stadia would be complete without the ground that is home to the most successful club in the competition’s history. Real Madrid play their home matches at the Santiago Bernabeu Stadium, which is named after the club’s famous former player and President. The Bernabeu has also played host to the European Cup/Champions League final on four separate occasions in 1957, 1969, 1980, 2010. It has a capacity of 81,044 and it is a stadium that feels magic, having been the stomping ground of some of the greatest players of all-time through the years. It’s difficult not to get carried away with the allure of Real Madrid upon stepping foot inside the Santiago Bernabeu, which is also set for renovations that will modernise the stadium and add restaurants, a shopping centre and a hotel, along with a 360-degree screen and retractable roof.

6 Countries Where Football Is The Most Popular Sport