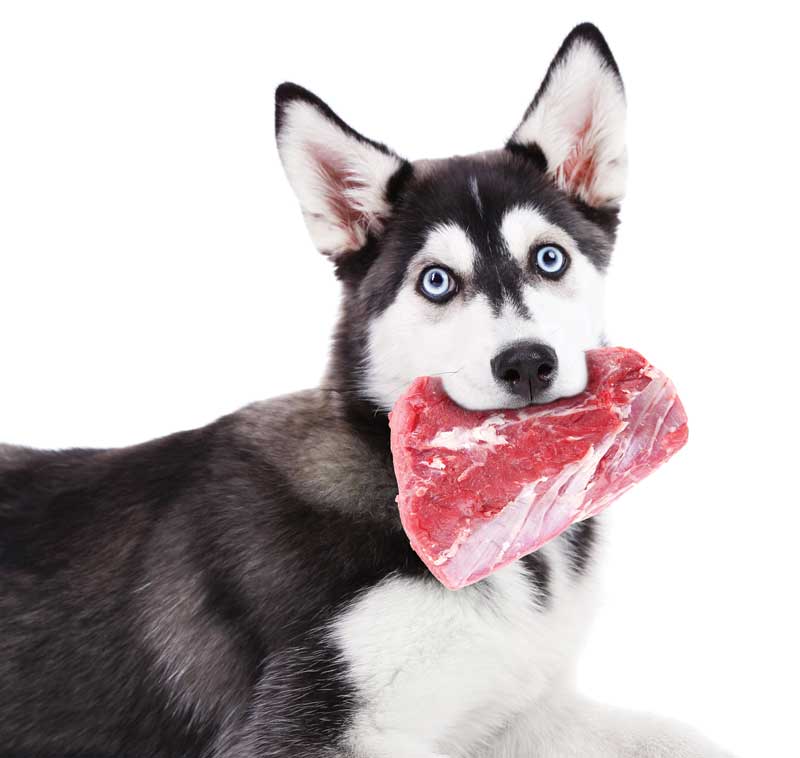 Huskies are a mixed breed and are known for their energetic and athletic nature. They are popular for snow sledding competitions. For dogs like these, a proper meal is very important as they need to maintain a healthy diet to take part in these competitions. Raw meat can be given to them from sources such as poultry or cows but only from certain areas such as the neck bone or liver.

There is a myth related to this very topic, which has made it rather controversial. People believed that giving their dogs raw meat would make them act up in ways that would be dangerous as it would unleash their ‘inner beast’ and make them crave raw meat.

However, this myth has been set straight as no empirical evidence has come forward backing this claim. Rather, various dog owners do give raw meat to their pets, while most dog owners are hesitant as they believe it is not a smart move. This article will address this issue and present both sides: for and against the argument.

Giving Raw Meat to Your Dog 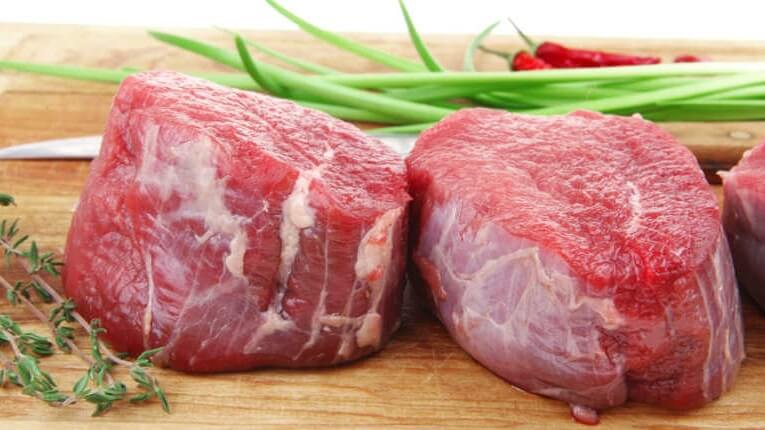 To address the question of whether eating raw meat is beneficial for the dog, we must first look at the concerns people have regarding raw meat is a horrible choice. The United States Food and Drug Administration has deemed raw meat to be harmful for consumption by dogs. Possible reasons for this might be that the meat may not be properly cleaned and sterilized, exposing the dog to bacteria and other microbes that might be lurking within it.

Too much of anything is not good either. For dogs that are active, especially this breed, a balanced diet is vital. Therefore, raw meat must be a minimum part of their diet if it has to be included, as it could lead to potential health drawbacks.

Another risk might be that the bones may not have been taken out properly, making it a choking hazard for the dog as well as damaging its teeth. All of this could lead to infections, aches, and organ-related issues, which is why you should be immensely careful about the raw meat you give to your dog.

On the other hand, people find that giving dogs raw meat is actually beneficial as it is an all-natural dietary supplement for them, removing any risk that comes with processed and canned food.

In general, you should keep a close eye on what your dog consumes. If you want to give your Husky raw meat, you must make sure you properly take the bones out and clean it thoroughly so that nothing can harm your dog when it eats it.

If these things are taken into consideration and the raw meat takes up a minimal portion of the Husky’s diet, it should not have a harmful effect and would be okay to give to your dog.