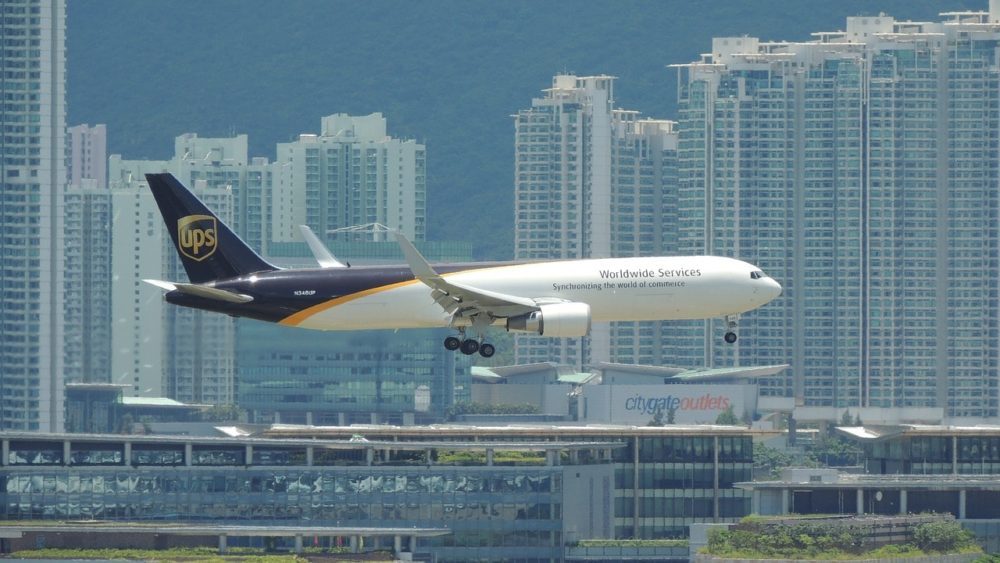 You might have wondered sometimes that which is the world’s first airport and which is the biggest airport. Airports are really important for proper transport communication between different nations. With the increase in demand for air transport, the number of domestic and international airports have increased. One of the parameters to classify the airport is by the number of passengers it can carry each day. So here is a list of world’s busiest airports in the world in terms of passenger traffic. The figures are taken from the Preliminary 2018 statistics listed in Wikipedia,

It is also famous with other similar names like Atlanta Airport, Hartsfield or Hartsfield-Jackson. It is the world’s busiest airport by passenger traffic since 1998. From 2005 to 2013 it was on the top in the list of a number of take-offs and landings. In 2012 it had both the titles of the busiest airport by a number of passengers and maximum landings and take-offs. In 2012 it accommodated about 100 million passengers and 950,119 flights. It is located 11 kilometres south of Atlanta’s central business district. Many of the flights nearly 1 million are domestic flights from the United States.

Related: Top 10 Most Luxurious Airlines In The World

It is a primary Airport serving Dubai. It is the world’s third busiest airport. It is spread over a land of 2900 hectares. The Emirates hub is the largest airline hub in the Middle East. This airport is an important economic contributor as it gives employment to approximately 90,000 people. The foundations of the airport were laid in 1937 when an agreement was signed for the flying boat base for the aircraft of Imperial Airways. Now it carries around 88,242,092 passengers in a year.

It is Tokyo’s International Airport and is one of the two primary areas that serve Japan. It is also the base of Japan two primary domestic airlines. It is located 14 kilometres south of Tokyo station. The airport was initially started in 1978 and serves only domestic flights till 2010. In 2010 an international terminal was opened at Haneda. In the year 2017 Haneda carried 85,408,975 passengers and became Asia’s second busiest airport and world’s third busiest airport. With Haneda and Narita together, Tokyo is the world’s third busiest city airport system.

Also Read: 10 most extreme airports in the world

It is the primary airport serving Los Angeles, California. The airport is often referred by its IATA Airport code ‘LAX’. LAX is owned by Los Angeles World Airport (LAVA) which is the government agency of Los Angeles. It is made on 3500 Acres of land with four parallel runways. It carried 84,557,968 passengers in 2017 and registered itself as the fifth busiest airport of 2017. It is the only airport in the US which comes within the top 5 in both passenger and cargo traffic. It is the only airport which all three US legacy ( American, Delta and United) have designated as a hub.

It is generally called as Chicago Airport located far Northwest side of Chicago. O’Hare has direct flights to 217 destinations in five continents i.e. North America, South America, Asia, Africa and Europe. This Airport comes under the control of the Chicago Department of Aviation and is made on a large land area of 7276 acres. O’Hare began as an airfield serving military transport during World War II. It became famous as the world’s busiest airport from 1963 to 1998. Today it is ranked sixth in the list of busiest airports by the number of passengers.

Also known as London Heathrow is a big airport in London. It was originally built in 1929 as a small airfield. The airport got its name Heathrow as it was built on land south-east of the Heathrow. It is the world’s third busiest airport in terms of passengers it carries. It carries 70,014,598 passengers in the year 2017. The airport is located 14 miles west of Central London. It has four operational terminals and two runaways. A third runway is under construction which got its approval by the government in 2016. It is the primary hub for British Airways and Domestic flights from the United Kingdom.

It is the major Airport of the Honk Kong which is situated on the island of Chek Lap Kok. The airport is often named as Chek Lap Lol airport because of the island it is situated upon. The airport was officially started in 1998 for commercial purposes. This Airport along with Hartsfield-Jackson Atlanta (ATL) is the busiest cargo airport. This airport is situated on special co-ordinates as it has important regional trans-shipment centre. It is also a gateway to destinations in mainland China and 40 locations of Asia.

It is one of the two major airports in China. Pudong Airport mainly handles international flights whereas Shanghai airport serves domestic and regional flights. It is situated on a vast land covering squares kilometres of land. The airport is located 30 kilometres east of the city centre. The authorities of the airport rest in the hand of the Shanghai Airport Authority. It has four parallel runways with two passenger terminals. The airport carried 70,001,237 in 2017 and successfully entered in the list of top 10 busiest airports.

It is the largest airport in France and the second largest in Europe. It is famous with another name Roissy Airport which is the name of the district it is situated in. It is situated in 32 sq. Kilometers of land. The airport has got its name “Charles de Gaulle” after the leader of the free French forces during the second world war. The airport is governed by then group ADP. It is ranked tenth in the list of the busiest airport. It carried 69,471,442 passengers in the year 2017.

Also known as Schiphol Airport is the main airport of the Netherlands. With the passenger traffic of 71,053,157, it is listed as the 11th busiest airport in the world. The airport is located in the 9 kilometers from southwest of Amsterdam, in the municipality of Haarlemmermeer, North-Holland. The third busiest airport in Europe in terms of passenger volume and it has been built on the terms of a single-terminal concept where one large terminal split into three large departure halls.

The primary civilian of the national capital region of India. The airport spread in an area of 5,106 acres located in Palam, 15 km south-west of the New Delhi railway station and 16 km from New Delhi city centre. It was named after the former prime minister of India and it is one of the busiest airports of the world in terms of passenger since 2009. The 6th busiest airport in Asia by passenger traffic handling nearly 70 million passengers.

One of the major and busiest airports in the world situated in the capital of Guangdong province, China. The airport serves as a hub for China Southern Airlines, FedEx Express, 9 Air, Hainan Airlines and Shenzhen Airlines. During 2017, it was China’s busiest airports and 13th world’s busiest airport by passenger traffic, with 65,806,977 passengers handled.

The major international airport situated in Frankfurt, the fifth-largest city of Germany and one of the world’s leading financial centers across the globe. One of the busiest airports of the world is operated by Fraport and serves as the main hub for Lufthansa that includes Lufthansa CityLine and Lufthansa Cargo as well as Condor and AeroLogic. The airport covers an area of 2,300 hectares and has two passenger terminals with a capacity of approximately 65 million passengers per year along with four runways and extensive logistics and maintenance facilities.

This is the primary international airport serving the Dallas–Fort Worth metroplex area in the U.S. state of Texas and one of the busiest airports of the world in terms of a passenger with the traffic of 69,112,607. This is the largest hub for American Airlines that is headquartered near the airport. According to the aircraft movements, this is the fourth busiest airport in the world and the ninth busiest international gateway in the United States and second busiest in Texas

These are the busiest airports of the world. Do post your comments.