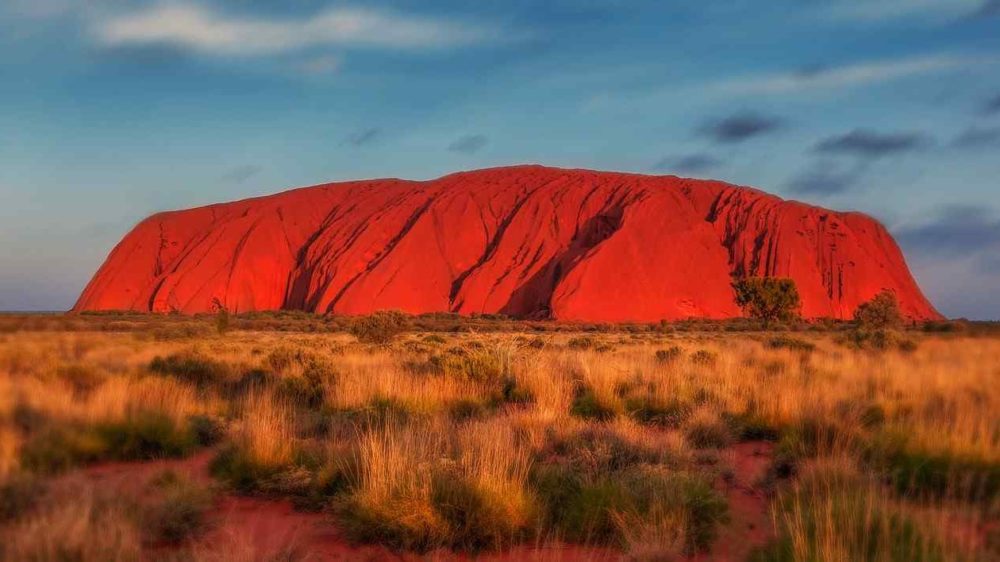 Nature has so many wonders which are extremely beautiful and surprising, so are many man made monuments, monolith being an example. A geological characteristic like a mountain which is made up of an individual gargantuan stone or rock, or a sole piece of rock placed as, or within, a monument is known as a monolith. Such geological formations are usually exposed by erosions. These formations are often made of very hard and substantial metamorphic or igneous rocks. The word monolith is derived from the Latin word ‘monolithus’ and the Greek word ‘monolithos’, meaning ‘a lonely stone.’ Monoliths are evident all over the planet, underwater and in space. Here is the list of 10 largest monoliths in the world,

Largest Monoliths in the World

Stone Mountain is one of the most gigantically exposed granite dome in the world. Residing in Georgia, North America, the Stone Mountain is a habitat to many plants and animals of the kind found nowhere else in the world. This famous giant stone is carved in the remembrance of the military leaders of the Confederacy. This monolith resides inside a park known as Stone Mountain Park, which an adventure park and is really famous among the tourists for its scenic beauty and the bucket full of adventures it offers.

Devils Tower stands 264-meters tall (867-foot) from the earth’s surface, is rock formation or monolith located in northeastern Wyoming. Devils Tower is made of an igneous rock known as phonolite Porphyry, denoting its formation. It was formed by cooled magma or lava. While magma which formed Devils Tower cooled down, it solidified in columns.

Almost all the columns which built up the Devils Tower are six-sided i.e. hexagonal. It took millions of years for Devils Tower to become visible. This igneous encroachment emerged only after the water and wind slowly eroded the surrounding landscape. Till today the landscape continues to corrode because of wind, precipitation, and the nearby Belle Fourche River. Sadly, Devils Tower is deteriorating too.

Another popular monolith which resides in the city of Rio de Janeiro, Brazil is Sugarloaf Mountain. It is situated at the starting of Guanabara Bay, a peninsula that extends into the Atlantic Ocean. It stands 396 m (1,299 ft) tall above the harbor. The name, Sugarloaf, refers to its resemblance to the shape of condensed processed loaf sugar. This monolith was inscribed as a World Heritage Site by UNESCO in 2012. A cable car operates from its top to the neighboring Urca Hill. It is popular around the globe for its cableway and scenic beauty it offers of the city and beyond.

Also Read: 10 Most Wonderful Stone Bridges in the World

Bukit Kelam Hill, the second-largest monolith in the world, is situated in Sintang, Indonesia. Kelam hill has an elevation of 900 meters above sea level height. At the base of this Monolith, a small area is evident which covered with tropical rainforest which inherits some rare animals such as the bear, Armadillo, bats etc. Its summit is mostly covered by clouds because of which massive moss covering the forest floor, stone or tree. On the top, there are a variety of orchid species. Bukit Kelam has a tropical climate and it lacks in multiple nutrients which makes it a unique microclimate.

Situated in Gibraltar, a territory in the United Kingdom, The Rock of Gibraltar is a monolithic rock made of limestone and ejects 426 m (1,398 ft) high from the sea level. Also popular as the Pillars of Hercules, this monolith was one of the pillars that surrounded the Strait of Gibraltar. The rock’s upper surface is camouflaged in the natural reserves.

The Rock of Gibraltar habitats many important flora and fauna species, which proves to be a major attraction to bring tourists to the sites. Underground tunnels are also a famous part of The Rock which was built by the British Army over about 200 years ago. The government of Gibraltar has the control of most of the tunnels and are now open for tourists to visit.

El Capitan which means The Captain or The Chief is a vertical monolith that resides in Yosemite National Park. It is situated in the north of Yosemite Valley. This monolith stands approximately 3,000 feet (914 m) tall from base to summit along its tallest face and is composed of granite. It is famous among rock climbers.

Mariposa Battalion named the formation “El Capitan” when they discovered the valley in 1851. To reach the top of El Capitan, hikers trek through Yosemite Valley on the path adjacent to Yosemite Falls and then move towards the west. Climbing the sheer granite face is quite challenging. Many climbing routes are popular including Iron Hawk and Sea of Dreams.

Ben Amera is one of the largest monoliths in the world. It is something like a secret from everyone and waiting for tourists to discover it. It is situated in the Islamic Republic of Mauritania close to the border of Western Sahara. There are several other monoliths nearby. This is a visual beauty and a must-visit for tourists, the only trouble being there are no proper roads that lead to it. In the earlier time, it was really popular among the traders or wanders as it acted as a navigation system in the lost dark nights if the Sahara desert.

Sigiriya, one of the most treasured historical masterpiece of Sri Lanka, is called the Eighth Wonder of the World by locals. This age-old antique palace and fortress are chosen by thousands of tourists every year because of its have archaeological significance making it the most visited tourist destination in Sri Lanka. Located in the heart of the island, this palace resides on a massive Monolith which was formed because of the magma that ejected volcano and erects 200 meters higher than the surrounding jungles. This place represents a unique harmony between nature and the human imagination.

Located in Australia is the biggest monolith of the world known as Uluru. Also known as Ayers Rock, it is one of the most amazing natural marvels of the world. Uluru Rock towers 348 m above the enclosing landscape. As per Geologist, Uluru’s formation took around 550 million years to become the way it is now. Apart from its spectacular natural beauty, it is a highly spiritual place.

For the locals, it holds special cultural importance. A lot of activities such as camel tour, self-drive or dining under a canopy of stars attracts tourists in large numbers. The best time to view this huge monolith is during sunrise or sunset so as to get a spectacular sight of this monolith transforming from ochre to burnished orange and intense red.

Zuma Rock is situated in Madalla, Abuja. This monolithic formation resembles a human face. This monolith stands as a guard for the residents of Abuja. As per the beliefs, the other mountains maintain a considerable distance from it to pay respect to Zuma Rock for its royal presence in the locality. A lot of Tourists visit Abuja to have a glance of this magnificent gigantic structure. The Zuma Rock Nigerian Village was built behind the rock to accommodate tourists visiting the rock.