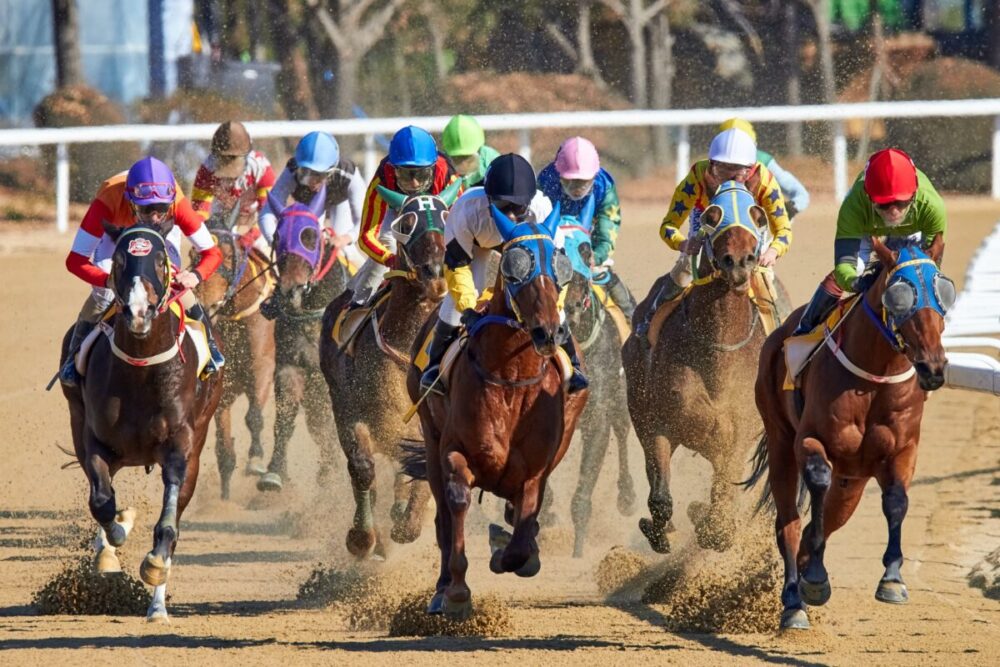 Since the horses started running (and they have always been running), people have organized some kind of betting on the outcome of the race. History shows that humans started taming the horses more than 3.500 years ago, and have used them for multiple tasks since then. Horse racing and betting have even been described in Homer’s Iliad.

Today, it is a fast-paced sport enjoyed by millions of people around the world. For centuries it was a matter of class, but today it is accessible to anyone. Those who cannot attend the races have the possibility to place bets and track race outcomes, via online websites, such as The Winners Enclosure.

Another reason why you should visit such websites is that in recent decades, the bets offered by horse racing bookmakers have become increasingly complex. Therefore, you must understand the system before placing a bet.

Horse racing venues are the places packed up with gamblers and the elite, attending for different reasons. Since the sport is hugely popular, these venues have to be able to host a lot of people (a lot!). That’s why this article will give you the biggest venues in the world, explaining what is so special about them.

Some countries of the world are quite famous for horse racing addiction, such as the US and the UK. The biggest horse racing venue in the world, however, is located in Japan. If you haven’t been informed about the popularity of this sport in such a country, you would be surprised to learn that not only this one, but three out of five biggest venues are located there.

It has the capacity to accommodate more than 220.000 people, offering more than 13.000 seats. Since it is in Tokyo, the construction of the venue offers a breathtaking view of Mount Fuji. Some of the largest races, such as the Japan cup, are hosted in this venue.

As we said earlier, three out of the five biggest venues in the world are in Japan. Therefore, number two is also from the same country. This venue has a very long racing tradition, dating all the way from the 1920s. That’ a hundred years, yes.

The overall capacity is 165.665 people, with quite a busy racing schedule. Situated in the city of Funabashi, Chiba.
The venue has four courses two grass ones, a dirt one, and a jump course.

One of the biggest horse racing events is in Kentucky, Louisville. It’s the home of definitely the most famous horse in the world, The Kentucky Derby. The event is an integral part of American history and has been regularly organized since 1875. It is said that more than 150.000 people have been attending the race, yearly.

The venue has been active since 1875, spreading over more than 145 acres of land. The southerners are looking forward to the race all year long.

Australians are also quite passionate about this sport. Must be because of its history and the fact the British colonized the area, importing their passion for this sport with them. The venue is located in the city of Melbourne, hosting the famous race every first Tuesday in November. The Melbourne Cup.

The Cup has been around for more than 150 years and is the largest long-distance race in the world. Australians are very much proud of it, especially the state of Victoria, which proclaimed this day to be an official state holiday. Moreover, the seams to stop every Tuesday from 3 pm because the race is on.
It has the capacity to receive 130.000 people.

This venue is proof that the Brits have been the most obsessed nation with the horse races. Why? Because the first race ever held there was in 1661. So, it’s hard to tell when was it first established. What history taught us, also, is that they are to be blamed for this sport being passed on to other continents, infecting other nations.

Epsom derby and the Coronation cup are being hosted in this venue. It has the capacity to receive 120.000 people, and if you go there you are most likely to see the queen or other members of the royal family.

One of the largest venues in this area of the world, it is situated in Buenos Aires, dating from 1935.
It hosts the Carlo Pellegrini cup and can receive more than 100.000 people. For Argentinians, this is the most important race of the year.

Located in Baltimore (Maryland), it hasn’t hosted more than 100.000 people but is still ranked in the top ten biggest venues of the world. It’s been hosting races since the 1870s. Why is it so famous? According to some historical data, the US Congress was shut down for one day, so its members can watch the race at this venue.

East of New York City, this venue was officially opened in 1905. Belmont Stakes is the most famous race hosted in the venue, that can receive 85.000 people.

So far you must have been wondering why none of the venues mentioned are located in a huge country like China. Well, here’s one, of course, tucked in the city of Hong Kong. It can receive 85.000 viewers, most of which come to attend the Hong Kong Derby.

Known for Santa Anita Derby, one of the most prominent races in the country. The venue is located in California and can receive up to 85.000 people. It is on the list of the top 15 largest venues in the world.

Horse racing is one of the most profitable, but also the most expensive sports today. Like all other betting activities, this one has largely moved online, to be accessible to more people. Even those who are quite passionate attendees of such events, have moved online, giving the situation with the pandemic. What will the future hold, for this wonderful sport, it is yet to be seen.