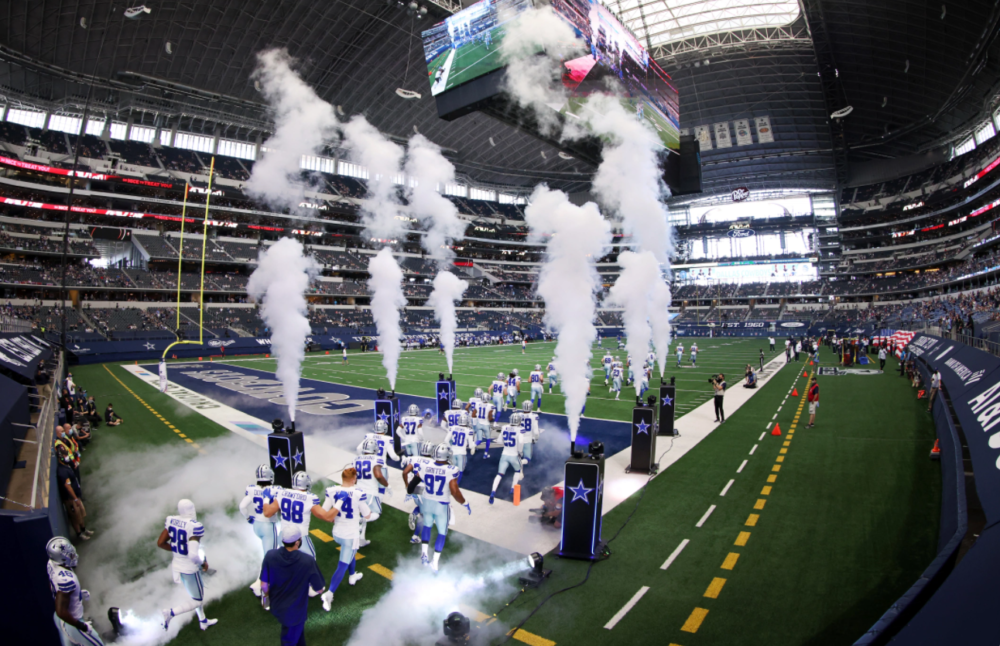 American football is the most popular sport in the US despite some decline in popularity in recent years. According to Gallup Poll, 37% of Americans say that their favorite sport to watch is Football. Having overtaken basketball as America’s game in the early 1970’s, Football has been the unrivalled leader in sports viewership ever since.

The National Football League (NFL) has the highest average match attendance of any sport in the U.S. drawing more than 66,000 fans on average to their stadiums for matches. More than 16 million tickets were sold to NFL matches in the 2019 season.

Fans will flock to the stadiums in which are becoming more and more extravagant, making a day at the football a more rounded and exciting experience. Franchises will at times even move cities if they are unable to renovate or build a new stadium in their area. The Las Vegas Raiders are a good example of this, having started in Oakland they moved to the LA Coliseum before going back to Oakland as they were unable to get planning permission to improve the box seats. They now play in the Allegiant Stadium in Las Vegas, recently built for the 2022 season.

One of the best stadiums in the league is the home of the Kansas City Chiefs, last year’s Super Bowl runners up and one of the favorites according to the latest NFL betting lines at Draftkings. Arrowhead stadium has been the Chiefs home since 1972 and one of the biggest parts of what makes Arrowhead wonderful is the tailgating. The day starts outside in the parking lot; fans meet to BBQ and socialize prior to kick off but once inside the atmosphere becomes electric with the ground shaking beneath your feet. If you want to see a Kansas City Chiefs match live, get your ticket here.

Being the home of one of the best teams in the NFL, Arrowhead Stadium holds its own as one of the greatest stadiums in the country. It owns the Guinness World Record as the loudest outdoor stadium in the world, where Chiefs Fans reached 142.2 decibels!

The atmosphere will be buzzing once again this season with the Chiefs looking to make it back to the Super Bowl for a third season in a row.

One of Americas most popular side, the Dallas Cowboys, play their home games at the AT and T stadium. Opened in 2009, Cowboys owner Jerry Jones wanted to build a stadium as iconic and legendary as the team itself.

Often referred to as ‘Jerry World’, when opened It boasted a litany of impressive superlatives such as the largest NFL stadium ever built, largest domed building in the U.S. and the world’s longest single span roof structure. 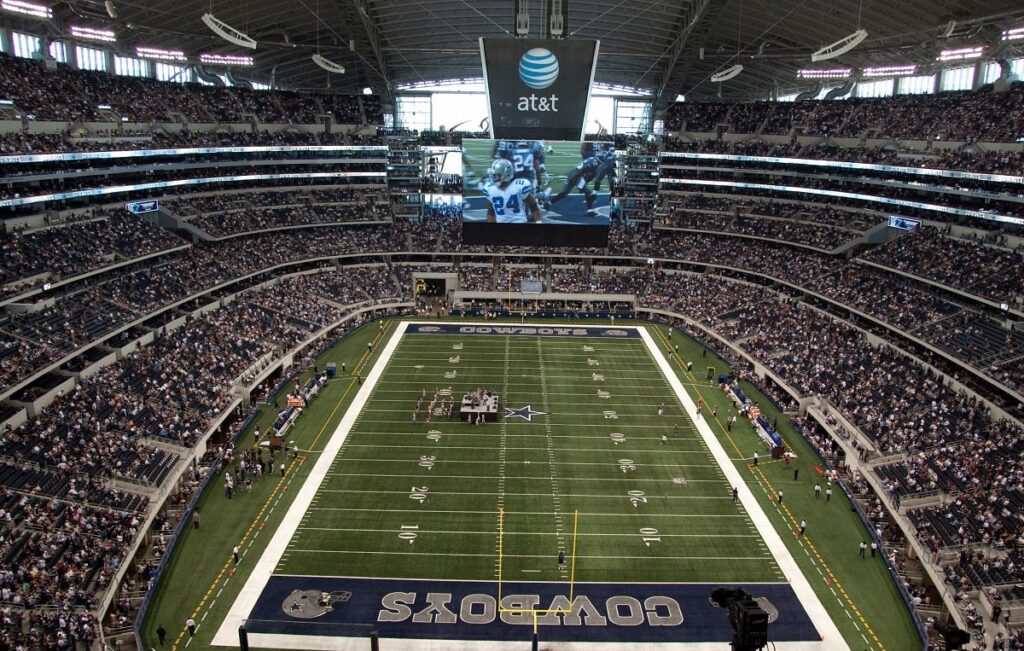 As they say, ‘everything is bigger in Texas’ and this is only further enhanced by the huge center-hung video board that’s 70 feet tall and 60 yards long to enhance the experience for the fans in the stadium.

The Cowboys will be looking to regain their former glories this year with one of the best offenses in the league. Dak Prescot has one of the most envied receiver groups in the league which should excite the fans in this magnificent stadium.

Lambeau Field is the longest used stadium in the NFL having been the home to the Green Bay Packers since 1957. There is so much history around the stadium having kept its bowl seating beneath the newer renovations, the Packers are also the only fan-owned side in the league, and the 73,000 capacity stadium is always full.

With Lambeau situated in the middle of a residential housing estate, going to the games feels like a community event. Tailgating is a big part of the day and once inside, fans will mingle and move around the stadium before taking their seats once game time starts.

A much loved side in a lovable stadium, rich with history, the Packers got the NFC Championship game last season, losing out to Tampa Bay at Lambeau. The packers will be looking to challenge once again this season and warm the fans in the stands during the cold months at the end of the season! 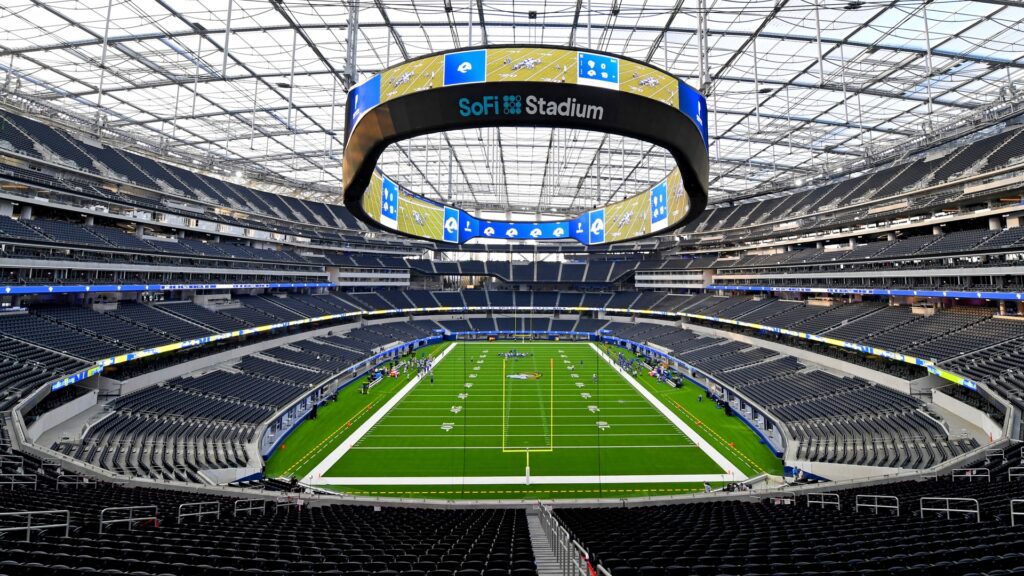 Some of the most modern stadiums in the league include the SoFi Stadium in Inglewood California. Home to the Rams and the Chargers, the stadium was been opened in 2022. A new, giant 70,000 square feet video board circles the centre of the stadium above the field. With 5G high-speed internet and plaza’s the stadium cost more than $5 billion to complete and looks to draw the fans of both sides back to the stadium. The Rams and the Chargers have not been the most exciting teams in the NFL and both will need to improve to match the level of the stadium.

The U.S. Bank Stadium in Minnesota, home of the Minnesota Vikings the stadium boasts a unique transparent roof keeping out the cold winter weather! It is a modern and exciting venue with views across downtown and lots of light and warmth even in December. The Vikings failed to make the playoffs this season and are only an outside bet for the playoffs this time round.

There are so many modern and exciting stadiums in the NFL along with some with a rich history. Franchises will look to provide the most exciting atmosphere and the best product on the field for their supporters. Not just the stadiums themselves, the tailgating and the fan engagement is often as big a part of the NFL experience and one to enjoy whenever possible.