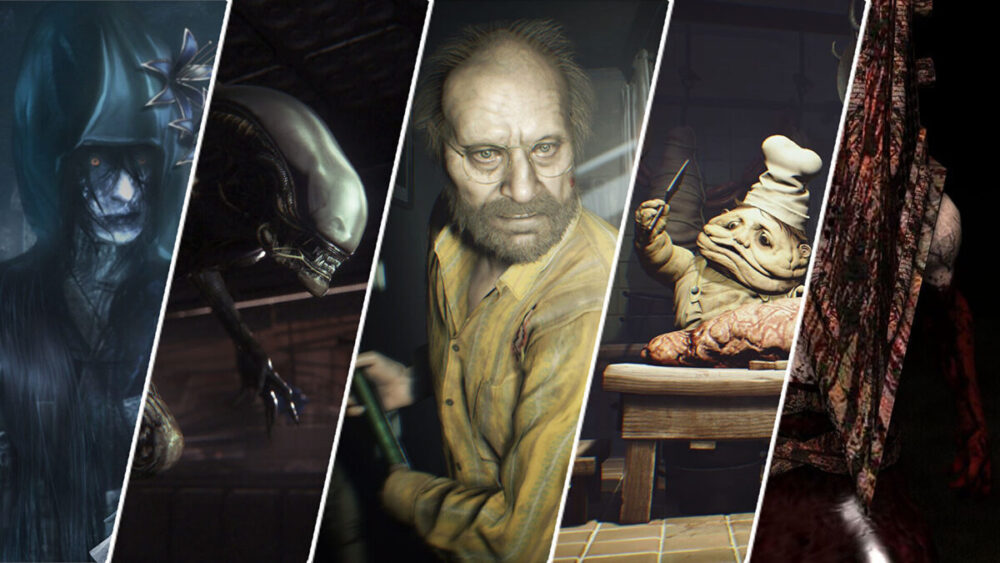 Fear is one of the most powerful emotions. Yet, so many gamers love horror games so much.

In this collection, we talk about projects worth downloading if you decide to test your nerves for strength. If you want to get a dose of adrenaline from gambling, then you will like the best online casino in India and its games.

A first-person horror game where players face obsessed zombies and monsters. The main character Sebastian works as a detective. He is sent to investigate a brutal murder in a mental hospital, but, having arrived at the scene with the police, he is faced with a nightmare. Surveillance cameras showed a mysterious man who, with a slight movement, killed all the patients and employees of the hospital.

You must find out all the circumstances of what happened and face extreme obsession. Remember that in some situations, it is better not to grab the gun but rather carefully bypass it. Finally, reach the end to find out terrible secrets. An exciting story, various monsters, and a creepy atmosphere that creates tension during the passage are catching on here.

Next on the list of zombie horror games is Days Gone. A zombie apocalypse happened in the world, the main character lost his wife during the first outbreak, and all he has left is a bike and altruism. The main character has no choice but to travel the world and help the survivors to extract supplies and clean up territories from zombies.

A vast open world that you will cut through on an iron horse and many dead people ideally create an atmosphere of the apocalypse. Remember to fill up your bike on time, so you don’t have to push it to the gas station later.

Here is the eighth part of the well-known Resident Evil series, a continuation of the history of the Winters. In the last part, Ethan visits the house of the Bakers, who were infected with bioweapons, but he manages to escape with Mia. Now history repeats itself – he again needs to save his family.

We must explore a creepy village inhabited by frightened people and werewolves – turned residents in the course of terrible experiments. The town is an excellent example of adventure horror. The game is played in the first person, and the developers did not stint on screamers, so get ready for sometimes very unexpected appearances of the obsessed.

Doom Eternal is a popular horror shooter series. Yes, here you will not find screamers or anything frightening; this game is about something else. In this world, you go to crush hell. Your hero is not afraid of evil spirits. Quite the contrary: evil spirits are scared of him. We have a list of deadly weapons for every taste in our arsenal. We take a gun and go to arrange a meat grinder in hell.

Of course, Doom cannot scare players, but it remains the best representative of shooters with horror elements. The game has a multiplayer mode where you can show your skills against other gamers. Arrange full-scale battles between soldiers and demons!

GTFO is a cooperative shooter. You and the detachment must go to an abandoned research center underground and find out what happened there. Despite the ability to play with friends, the shooter will still not let you relax. Every sound, rustle from the darkness, and creepy creatures will keep anyone present in suspense. Try to refrain from battling with every enemy: sometimes it is better to be quiet to stay alive.

The protagonist is a journalist, Roberto, who has yet to gain work experience. So we must go to an uncomfortable and creepy hotel to find all the secrets. The creators of the game Pulsatrix, for their part, promise a fascinating story filled with completely unexpected twists and turns.

In Prezi Trilias, the long-forgotten Hotel St. Dinfna is a place where someone is constantly disappearing, and there are rumors about this. In addition, it is known that paranormal activity is often observed here. An intriguing story, a variety of puzzles, a good fit with cult horror franchises – it’s all here.

Explore this unusual house in an atmospheric game. Some changes are constantly occurring here; time in this place flows exceptionally slowly. Despite the rather cozy interiors of the premises, the absolute horror is hidden behind the cover of neatness and order.

The house has several gloomy corridors, and the player can explore each room and get lost in the intricate labyrinths. There are many terrible memories of the ghosts of the inhabitants who once lived in the house. It is a rather strange and highly distorted world in which nothing is alive. The only living thing here is the observer.

Layers of Fear 2 is a first-person horror game. The game offers us a deep storyline and a great location to explore. We play a Hollywood actor on a cruise ship and take part in the filming of a mysterious movie. Players will have to face unusual events on the boat and travel between different periods: the future, past and present.

Frightening horrors from the past can be found behind many doors, and cabins can turn into bizarre mechanisms.

Beautiful pictures, exciting story, great sound. Do not expect scary moments or screamers: you will most likely encounter something strange, which is characteristic of psychological horror.

It is in many ways very similar to the classic installments of this series, except for the narrative: the game is played in the first person. We play as Ethan, who received a message for help from his wife. We go for his wife to the mansion of the Baker family, who (as it turned out) were exposed to biological weapons. Get ready to face the horror as you explore the crazy family’s huge house.

Resident Evil 7 offers us a high-quality soundtrack, where every rustle and noise will make our hearts shrink, as well as well-developed levels and characters that create a tense atmosphere in their way.

In Blair Witch, we will be told the story of police officer Ellis, who went in search of a missing boy in the Black Hills forest. But, unfortunately, a mighty dark force has captured the local lands.

At first, the search goes on as usual, but soon the main character faces an endless nightmare that will force him to get all the skeletons out of the closet. Finally, we are forced to confront the mistress of these forests – the witch from Blair. Explore finds and look for clues to find a way out of the clutches of the sorceress.