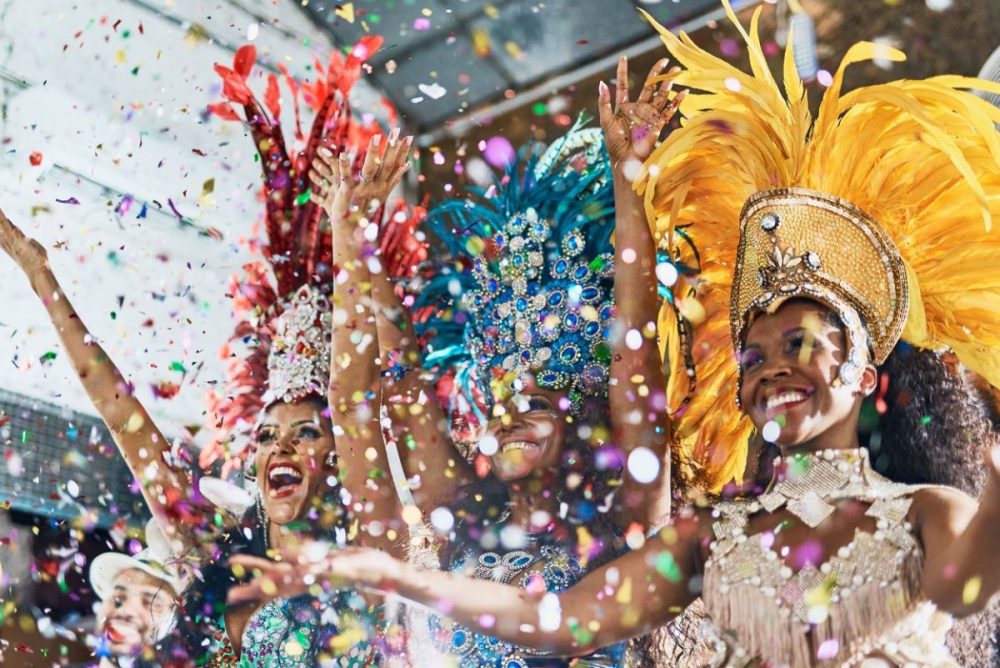 All over the world, there are always many major festivals and holidays, attracting not only a huge number of locals but also a lot of tourists. This is quite understandable because it is difficult to think of a better way to fully absorb the atmosphere and culture of the country than to visit a traditional festival. Some of them are not only surprisingly large-scale but also unusual in their own right. We have compiled a list of such crazy and once-in-a-lifetime experience festivals below. 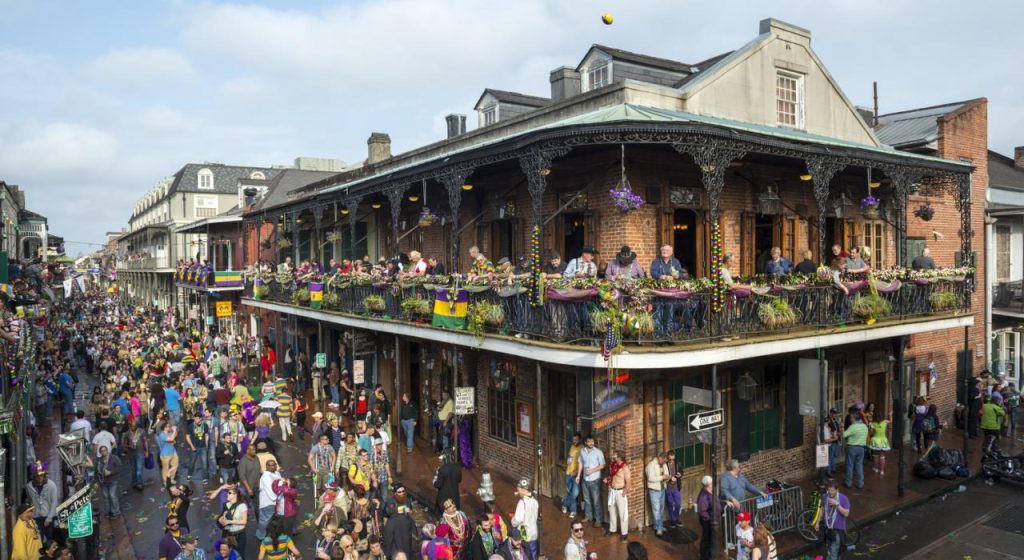 Mardi Gras in New Orleans is something else. Here, what should have been a harmless religious celebration has turned into one of the noisiest and most colorful carnivals in the world.

Throughout the holiday there are costume balls, parties, parades, and costumed processions. The most interesting of these are the Bacchus Parade, where each platform is dedicated to some vicious pastime – dating, drinking, cards, or whatever, and the Mardi Gras Indian Parade, with absolutely amazing costumes on the platforms. Mardi Gras entered first in North America via the French-Canadian explorer Pierre Le Moyne, Sieur d’Iberville in 1699.

Festival screens are now an essential part of concerts and festivals, enabling the audience to almost join the action on stage with the artists. 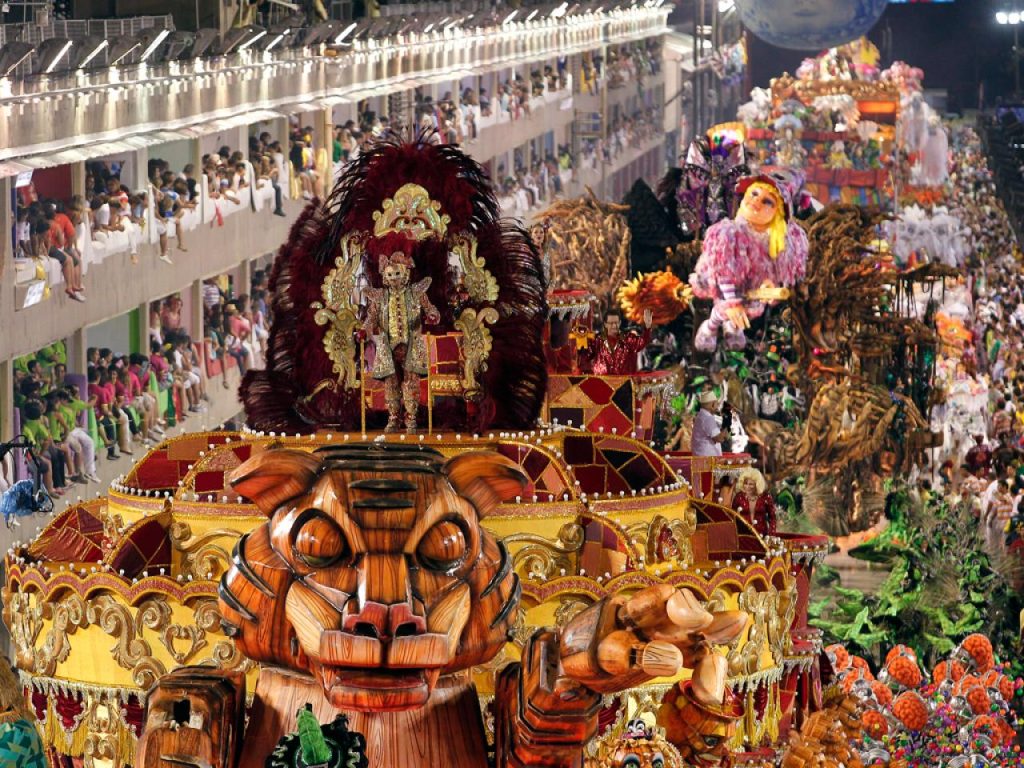 The carnival begins with a “coronation,” during which the mayor hands over the reins to King Momo, chosen from all the people of Rio for his weight (by no means less than one hundred pounds) and ability to dance the samba, the main dance of the carnival. For all five days of the carnival, the city is indeed subject to the news king-except for the police.

The carnival itself for all five days is filled with loud music, lots of girls dancing the samba in extremely open and extremely beautiful costumes, street parties, beautifully decorated parades, circuses, and masquerades. Around 2 million people come on the streets every day and it is considered the biggest carnival in the world. This carnival dates back to the 1650s and during that era to give honor to Greek wine gods feasts were organized. 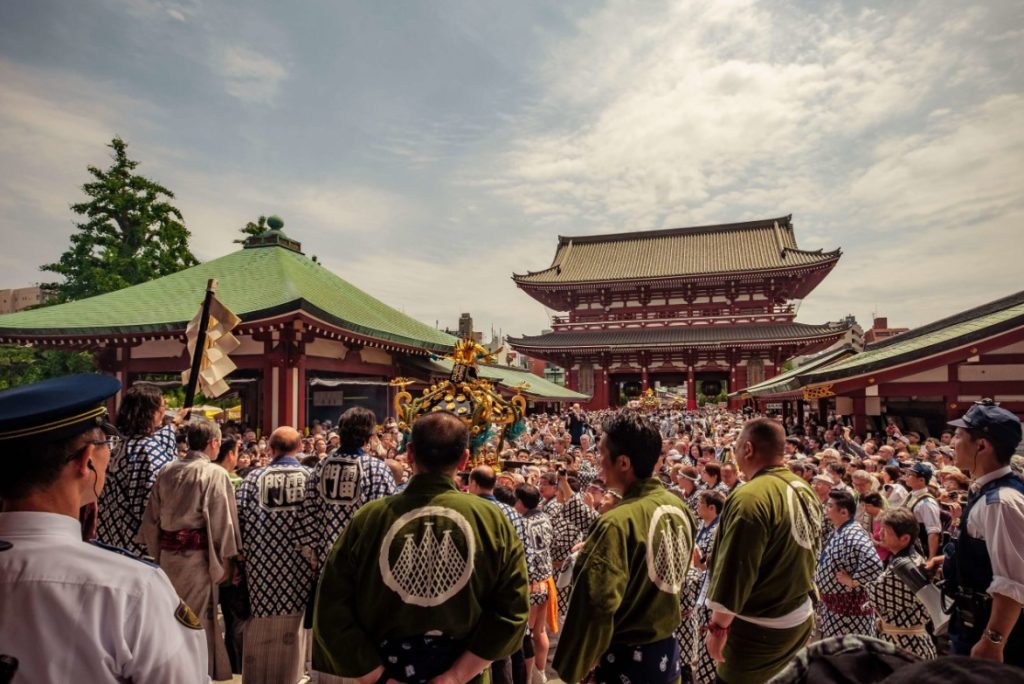 The name of the Kanamara festival translates as “iron cock” and generally has no secret meaning, but directly refers to the object of the celebration. However, according to one version, it is simply a festival of fertility and procreation.

The celebration begins at a small temple in the city of Kawasaki, near Tokyo. The temple was built in the Edo era with donations from prostitutes and was intended for them to come and pray for protection from syphilis and other diseases that these girls risked contracting.

The festival lasts seven days, and on Sunday, the last day, a procession is held in which many phalluses of all colors and sizes are carried through the city. 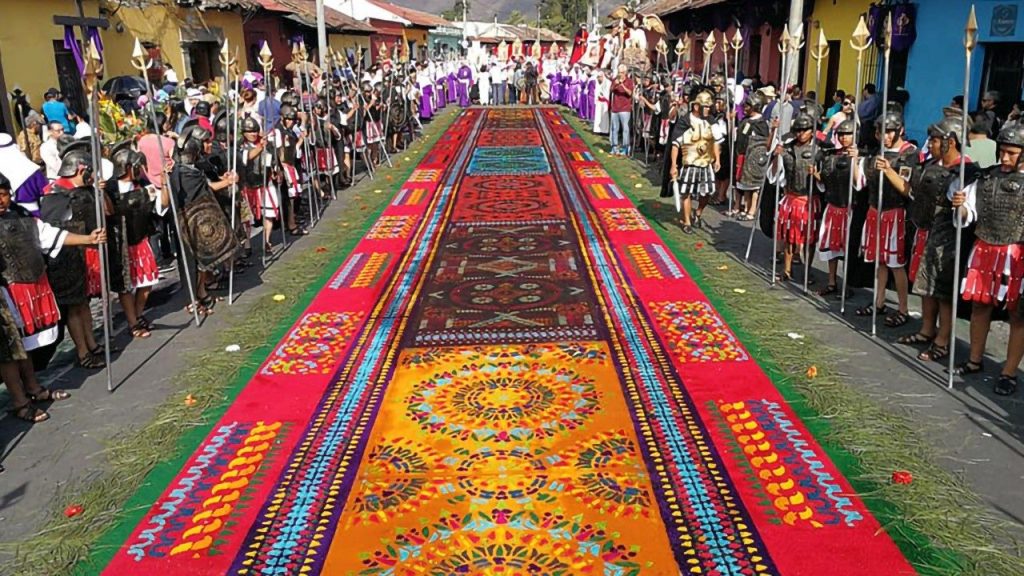 Antigua Guatemala offers one of the most colorful and unusual Easter celebrations. The celebration begins on Ash Wednesday, the first day of Lent, and lasts for a week, during which processions and parades with figures of various saints parade through the streets of the city, strewn with flower petals and beautiful patterns of colored sand. Almost the entire town is draped in black crepe, and everywhere you can smell the incense. During the feast, there are performances illustrating the judgment and crucifixion of Jesus.

All the performances are so skillfully done, and the scope of the holiday is so great that even convinced atheists cannot help but be moved. 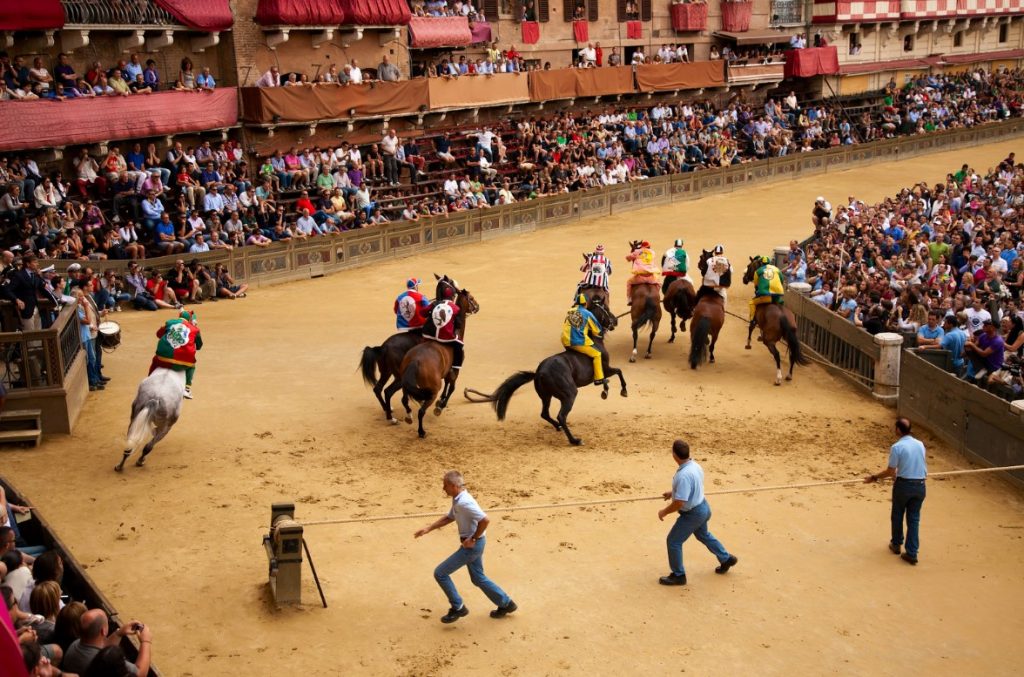 These grandiose horse races are held in the city of Siena twice a year – on July 2 and August 16.

The tradition of horse races in the city dates back to the 14th century. Their main feature is that they are held not on the racetrack, as usual, but right in the city, in the main square. Another peculiarity is that the concept of fair play is completely alien to these races. Racers push, shove and obstruct their rivals, which increases the excitement (and, unfortunately, the accidents) among the spectators.

But the races themselves, as mesmerizing as they are, last only a few minutes, and the rest of the time guests are entertained by jugglers and acrobats, parades and lavish feasts. 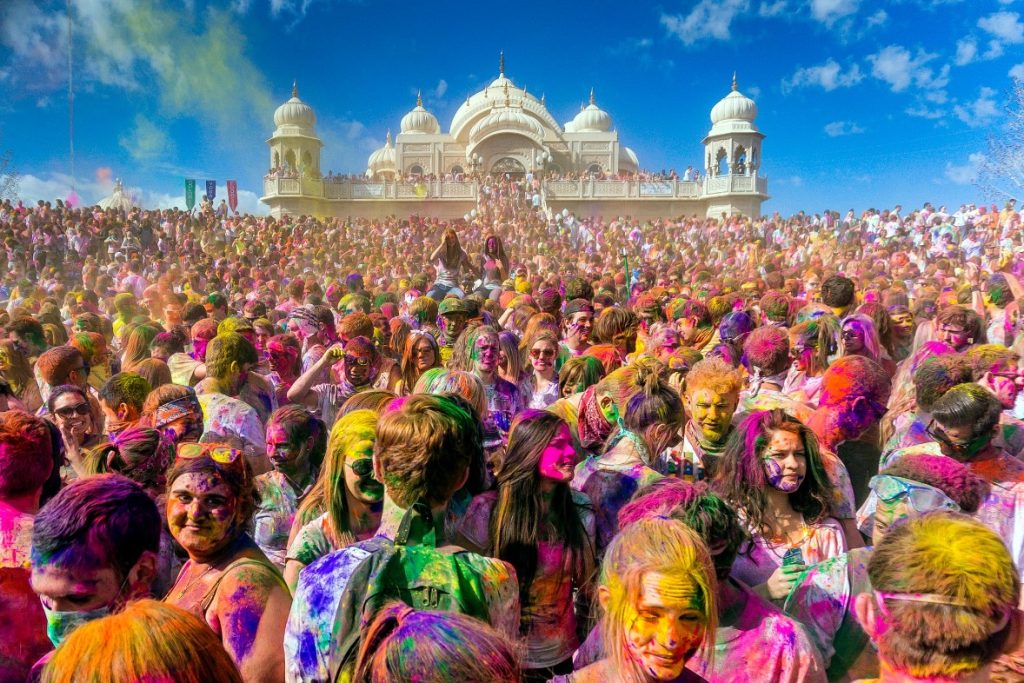 One of the most colorful festivals in the world, the Holi festival in India is celebrated in the month of March every year. It is an ancient Hindu festival celebrating the victory of good over evil. It is celebrated by throwing colors on each other derived from plants and turmeric. Everyone becomes equal on this day by throwing colors of love and distributing sweets.

People gather the night before to perform religious rituals and the next morning people start celebrating this festival with water guns and colors. The festival is based on the Hindu legend Holika the female demon and the sister of the demon Hiranyakashayap. Generally, this festival is celebrated in North India and it is more vivid and colorful than the South India celebration. 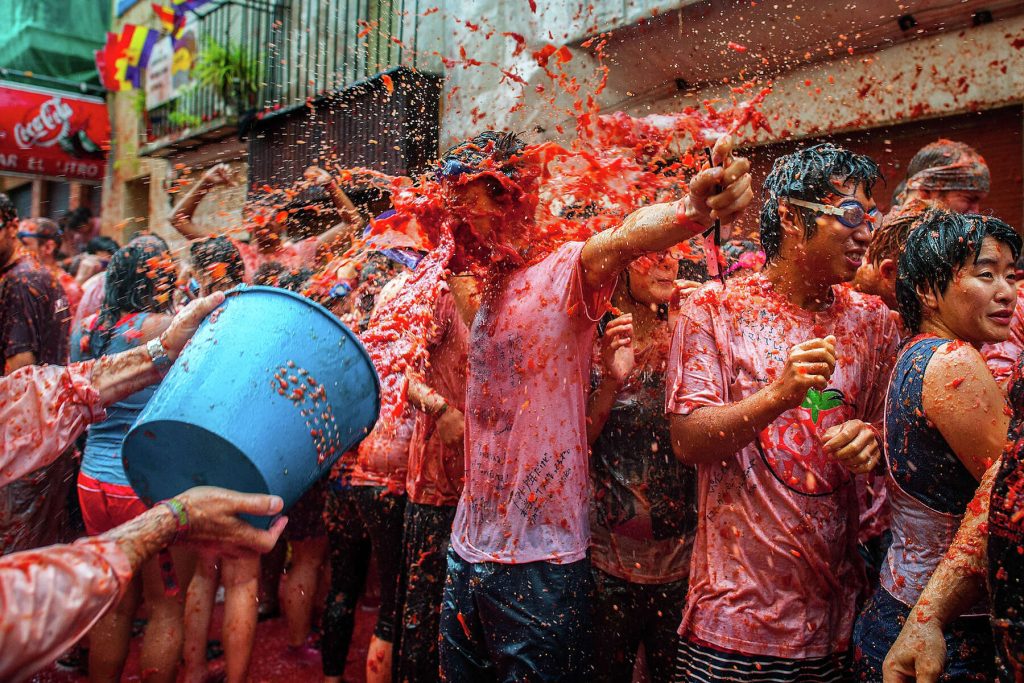 This holiday looks strange at first glance – crowds of people screaming and floundering in a thick red slurry, suggesting that it might be a terrible battlefield. But in fact, it’s not like that at all – it’s just a grand battle of the tomatillos.

Tomatina has long been one of the most attended and fun celebrations in all of Spain. It was first held in 1945, but the exact reason why Spaniards suddenly had the idea to start laughingly throwing overripe tomatoes at each other has never been established. The battle lasts for an hour, with many trucks full of tomatoes arriving in town. According to the rules, the battle must begin as soon as someone manages to climb an oiled pole five meters high, on top of which a pork ham is left for the winner. After that, the tomato mayhem begins, resulting in all the walls of the surrounding houses and the noble.

Thailand Travel Tips: 5 Expert Advice for an Amazing Trip
5 Tips For Getting The Most Out Of Your Trip To A Casino Resort
To Top
We use cookies to ensure that we give you the best experience on our website. If you continue to use this site we will assume that you are happy with it.Ok