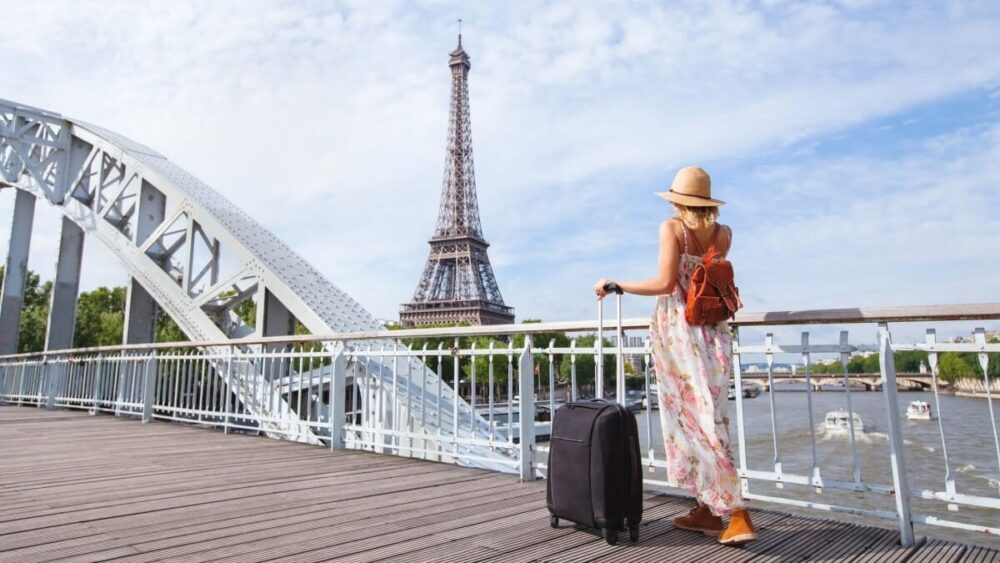 Each season has its own unique charms and attractions. Spring is a time of rebirth when the world comes back to life after a long winter. Flowers bloom, trees leaf out, and the weather is pleasantly mild. Summer is the peak tourist season, with everyone eager to take advantage of the long days and warm weather. Autumn is a beautiful time of year when the leaves change colour and the air turns cool. Winter can be bitterly cold, but it’s also a time when ski resorts and other tourist destinations are at their busiest.

Malta, the Mediterranean island nation, has the continent’s hottest weather in January because of its coastline location and year-round sunshine. The Middle European Mediterranean region has the best weather in Europe in January, with average highs of 16 degrees Fahrenheit and lows of 12 degrees.

Any January trip to Malta should include a stop at this vibrant celebration. Spend the day exploring remote regions, then conclude the day with a breathtaking sunset from the Dingli cliffs.

Many skiers from throughout the world associate Europe in February with Zermatt, Switzerland. Now that the light is higher in the sky, you may enjoy the best of both worlds: deep snowfall and relaxing on picturesque outdoor patios and decks after a busy day.

Situated at an elevation of almost 3800 metres, with the majestic Matterhorn as a background and a literal ring of mountains all around. 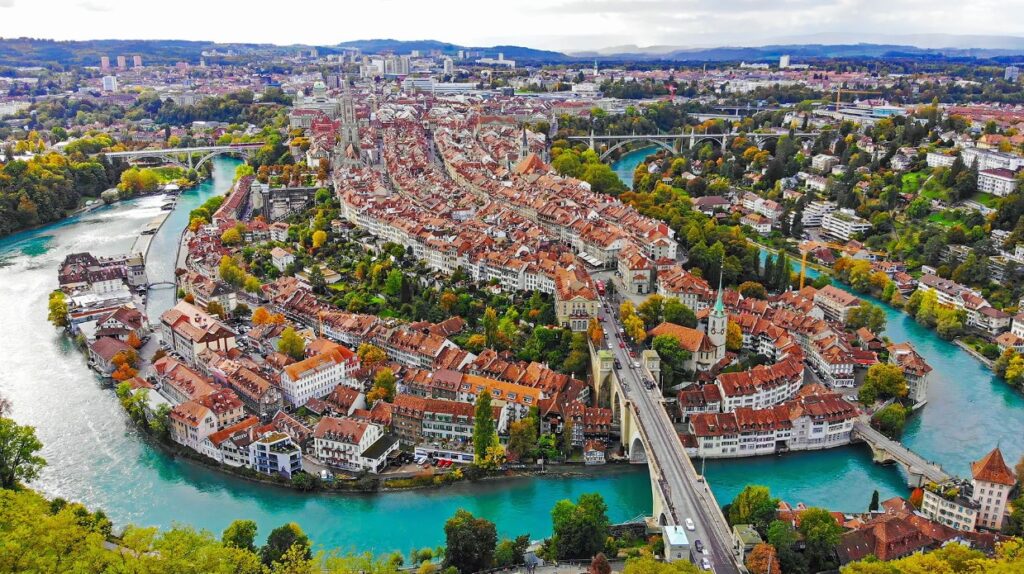 Visitors to Paris, known as the “City of Love,” like to go there in pairs. For a March European vacation, it is among the top choices. Seeing the Eiffel Tower in Paris and being awestruck by its magnificence is one of life’s greatest joys. The Mona Lisa and other exotic masterpieces may be seen at the Louvre Museum. The edifice is a beautiful representation of the Gothic architectural style.

In Paris, even cemeteries are works of art. The renaissance-like atmosphere of Père Lachaise cemetery, the resting place of some of the world’s finest playwrights, seems fitting. After a full day of sightseeing in Paris, one of the greatest ways to unwind is with a nighttime cruise down the Seine.

You can’t talk about the greatest locations to visit in April in Europe without including Bruges.

Bruges is a city in Belgium famed for its well-preserved Flemish architecture. It was one of the key towns of the Hanseatic League, which was an economic union of trade ports along the coast of Northern Europe from the 13th to 17th century.

Bruges has been a famous destination for visitors thanks to its gorgeous canals, historic structures and chocolate stores. 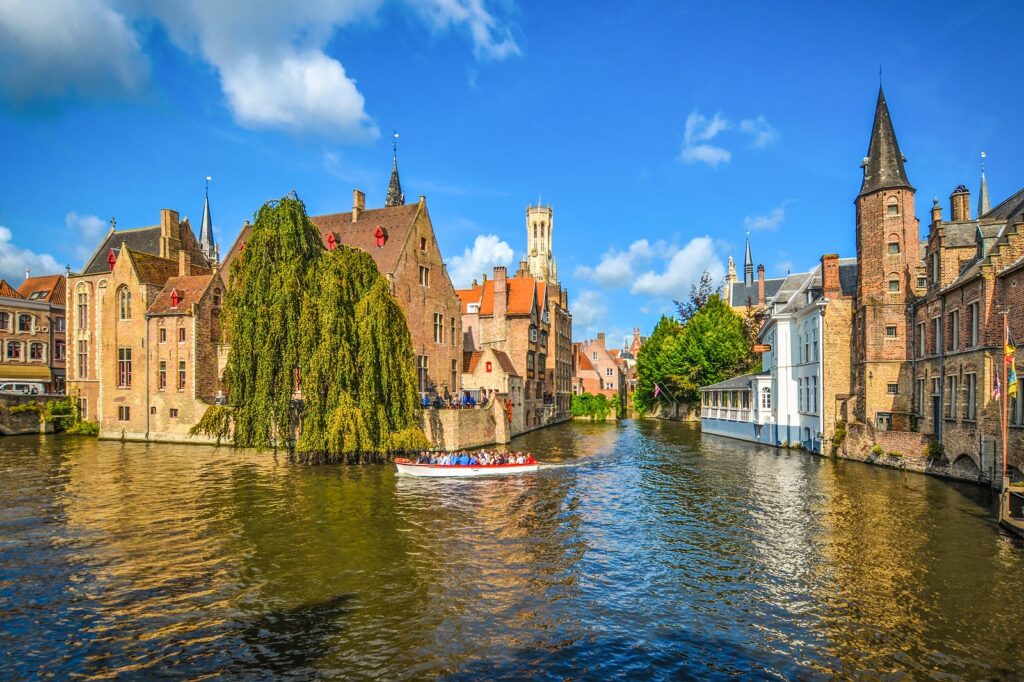 5. May Destination To Visit In Europe – Vienna, c

If you want to see thousands of people unite in May for freedom, liberty, and schnitzel, Vienna is one of the most well-known European towns to visit during that time. There are several celebrations in Austria on May Day, also known as Maifeiertag, to honour the country’s workers.

In between sips of wine and marches through town, explore the surrounding communities to learn more about the ways in which locals honour their history and culture.

Travelling to Europe in June is ideal if you like warm weather, bright skies, stunning beaches, and uncharted destinations.

Travel to Vik in the month of June to see the phenomenon known as the Midnight Sun. Visiting Reynisfjara Beach, Vik’s most well-known landmark, is a must. It is no wonder that this breathtaking beach has been utilised as a filming site for Game of Thrones, with its black sand, columnar basalt cliffs, and rugged sea stacks.

For something completely different, put on your crampons and make the journey to Katla Ice Cave, where millennia’ worth of volcanic ash contrasts beautifully with the pristine blue ice of the adjacent glaciers. 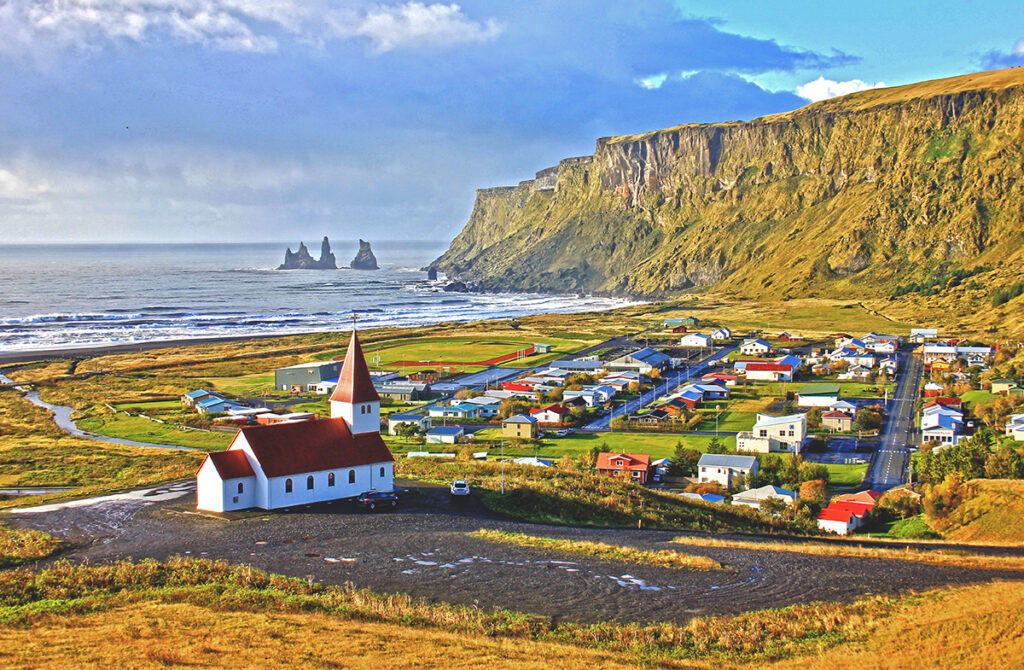 Not surprisingly, Greece has some of Europe’s nicest beaches in July perfect for sunshine holidays. Although the beaches of Santorini, Mykonos, and Corfu are likely to be crowded with visitors, you may have the beach all to yourself on stunning Naxos.

The Cyclades’ biggest and greenest island, has verdant valleys and towering mountains dotted with picturesque settlements. The postcard-perfect Cycladic architecture of the Cyclades and the Venetian castles and monasteries that dot the landscape all contribute to an environment where authentic Greek culture flourishes.

Without a shadow of a doubt, August in Edinburgh is one of the nicest months to visit anywhere in Europe. It’s time for the Edinburgh Festival Fringe, the world’s biggest arts festival, with over 3,000 acts at 300 different locations and a total of more than 50,000 performances.

Cabaret, comedy, theatre, dance, operas, musicals, children’s shows, exhibitions, food events, and lectures are just a few of the extraordinary shows that will be presented over the course of three weeks.

Even though it’s just 40 minutes by boat from Ibiza to the smallest of Spain’s Balearic Islands, the two islands couldn’t be more different in terms of atmosphere. Formentera is one of the greatest locations to visit in Spain in September if you’re looking for a tranquil island paradise with clear seas.

The drinking during Oktoberfest in Munich is so famous that we had to include the city on our list of the finest European destinations to visit in October. There has been a custom of celebrating the first week of October with local beers and German speciality cuisine since 1810. 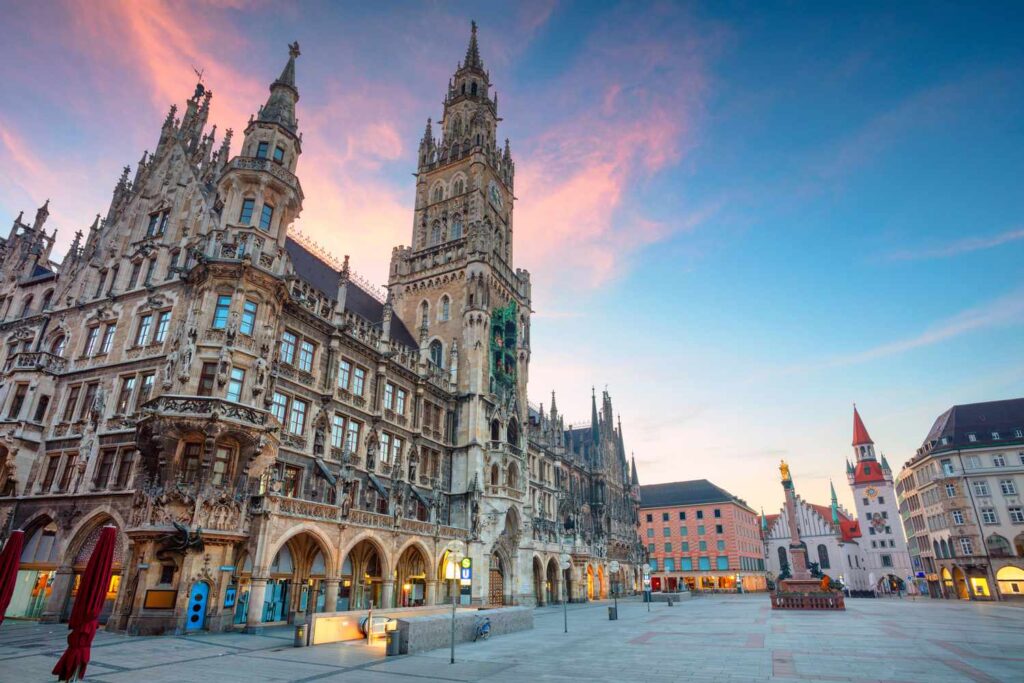 St. Charles Bridge and the church towers of Old Town take on a whole new look when they are dusted with snow. On the other hand, the city is home to among of Europe’s greatest Christmas markets, where even the most jaded traveller will give in to the temptation of fried dough (called “Trdelnk”) and mulled wine.

To get into the holiday mood, a trip to Europe in December isn’t complete without a stop at Santa’s workshop. Santa Claus Village, located on the Arctic Circle in Rovaniemi, the capital of Lapland, is often cited as proof that this is really the true origin of the generous elf. There are lots of other winter activities to partake in while in Rovaniemi, including visiting the Santa Claus Main Post Office and seeing the big guy himself.