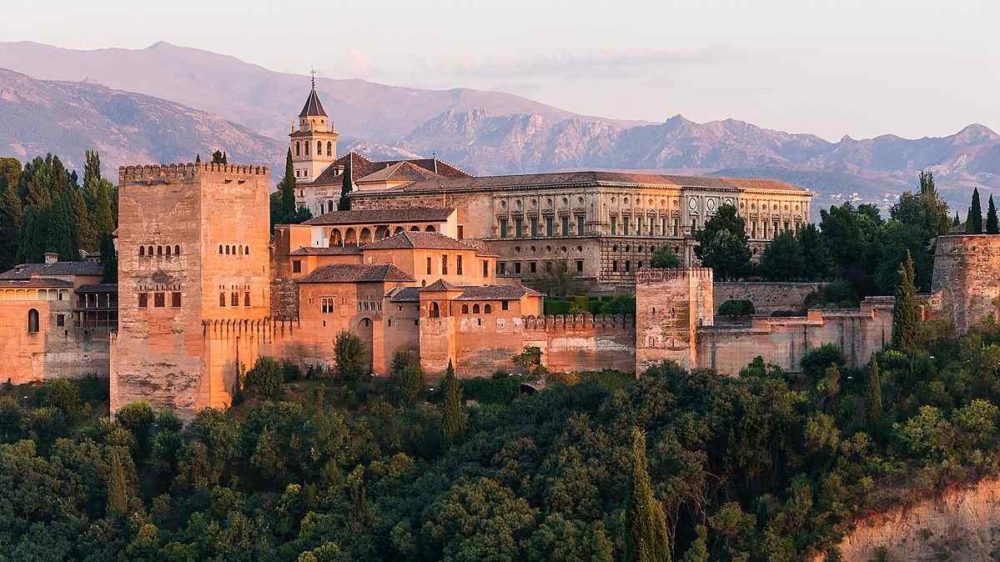 As a child, everyone is fascinated with palaces that they wish to own one someday. And how could a child not be fascinated with palaces, the ones described in the stories are so beautiful? As we grow up and the reality strikes in, we realise owning a palace isn’t that easy. But the good news is visiting a palace isn’t that tough either. Palaces are the royal homes of the king’s which reflect rich architecture. Over time, palaces have become a prominent tourist attraction. Let’s see the list of top 10 beautiful palaces in the world.

Royal Palaces In The World

It is located in the heart of Mysore, an Indian city which is popularly known as “city of palaces”. Mysore has a total of 7 palaces, Mysore Palace is the most beautiful and splendid one. Royal family Wadiyars owns and resides in this palace, which is also known as “Amba Vilas palace”. This palace is surrounded by 12 major Hindu temples. It is also listed as one of the spectacular grand Palaces Of Indian States.

This architecturally stunning palace has Indo-Saracenic architecture with a blend of Hindu Rajputs, Mughal and Gothic styles making it rich in heritage. There are several paintings inside the palace which depicts the royal culture and processions of bygone years. The best time to visit this palace is during the months of September-October, during the Dushera festival when the palace is irradiated with thousands of lights offering an amazing sight.

Nothing in Portugal stands up quite like the vibrant colors and unusual architecture of Pena Palace. Pena National Palace is located in western Portugal Sinatra mountains. This eclectic attraction built in the late 18th century was the brainchild of King Ferdinand II, who built the palace to serve as a summer home for the Portuguese royal family.

Today it holds the distinction of being UNESCO’S world heritage site, attracting tourists from all over the world. Pena is one of the oldest castles built in the European style of the Romantic era. The palace was built on the ruins of a monastery which are severely damaged in an earthquake. The view of this palace is absolutely amazing.

Versailles, a palace other palaces were modeled after, the one many tried to outdo but none succeeded. This ultimate royal palace, located in Paris, France, is all about Louis XIV. He spent about half of France’s annual GNP to turn a hunting lodge into a beautiful palace. Inside, there’s a long series of lavish rooms each with its own theme and every inch sumptuously decorated. This grand palace was built to endeavor the power of the French monarchy. Being one of the biggest palaces in the world, this palace was the residence of the royal family until the French revolution.

Topkapi Palace, Turkey which was used as the administrative and domicile centre of the Ottomans empire for almost 400 years is the oldest and largest palace that has survived up until today. It was built by the conqueror of Istanbul between the years 1458 and 1478 and it was up until the 1870s when other extensions of the palace were built by the other Sultans who ruled. In the 1920s, this palace was converted to a museum. The Topkapi Palace is comprised of four main courtyards and at its peak held over 4000 people. This is one of the most visited sights of Istanbul.

It is located in the outskirts of Beijing, China and popular across the globe as one of the beautiful royal palaces in the world. The Summer Palace is a “masterpiece of Chinese garden landscape design”. It’s an ensemble of lakes, gardens, and palaces representing many different Chinese gardens and architectural styles. It is the largest and most well-preserved royal park in China.

The Summer Palace was declared a World Heritage site by UNESCO. It was built in 1750 but was largely destroyed in the war of 1860 and then was restored on its original foundations in 1886. It was originally constructed as a resting place for the rulers but later became their residence. The natural landscape of hills and open water is combined with artificial features such as pavilions, halls, bridges, temples, palaces to form a harmonious ensemble of outstanding aesthetic value.

One of the amazing royal palaces in the world, Jag Mandir is a palace built on an island in Lake Pichola. Popularly known as Lake Palace, it is located in the City of lakes- Udaipur in the Indian state of Rajasthan. Its construction is credited to three Maharanas of the Sisodia Rajputs of Mewar kingdom.

The centerpiece of Tibet’s capital Lhasa is the imposing Potala Palace. Located at 12,000 feet above the sea level, it’s the highest palace in the world. It’s also a major center for Buddhist spirituality. Potala refers to a sacred mountain in India and for centuries it’s namesake palace has been the core of Tibet’s monastic community. It is one of the beautiful royal palaces in the world.

Most of the palace was built in the 17th century, but the earliest construction began a thousand years earlier by a Tibetan king in honor of his marriage with a Chinese princess. The palace became a winter home for Dalai Lamas, monastic leaders of Tibetan Buddhism. UNESCO’S world heritage designation extends to a neighboring Jokhang temple considered Tibet’s most sacred. The heritage site contains sacred texts and works of art.

One of the beautiful royal palaces situated in the Granada’s, Spain’s dominant sight is Alhambra which is the last and the greatest Moorish palace. For two centuries, until 1492, Granada reigned as the capital of a swilling Moorish empire. As Christian forces pushed the Moors farther and farther south, this palace was the last hurrah of the sophisticated civilization. Alhambra is the testimonial of the skilled Muslim craftsmen and is now a popular tourist spot.

This beautiful UNESCO-listed palace, complete with huge gardens, ornate fountains, wide green lawns, and walking paths, is a lovely destination for nature lovers and history buffs alike. But besides simply strolling the grounds. The name Schonbrunn means “beautiful spring” in German and refers to the artesian well that once served the royalty living here. The history of Schonbrunn goes all the way back to the 16th century when the Holy Roman Emperor Maximilian II bought the land and the mansion on it and converted it into a hunting ground stocked with a bestiary of animals and exotic birds. The area was used as the royal hunting grounds for about 100 years, and the royal family lived in the mansion when they visited.

It wasn’t until the mid-17th century that this original building was added to and Schonbrunn started to take the shape and size it has today. Finally, it was Maria Theresa who drastically remodeled the palace after receiving it as a wedding gift in 1740. Later, Franz, I ordered the facade to be redecorated in a neoclassical style, which is what we see today. After World War I, the palace officially became a museum. Many festivals and special events take place at Schonbrunn throughout the year, from classical music concerts to art exhibitions and even things like the Vienna Citrus Festival.

One of the amazing moats in the world, the Forbidden City is the palatial heart of China. Constructed in 1420, during the Ming Dynasty, it is China’s best-preserved imperial palace and the largest palace in the world. It has 9,999 rooms (The number 9 represents longevity). As one of the five most important palaces in the world, the grand halls and walls proudly display the essence and culmination of traditional Chinese architecture, fitting for the capital city of the world’s largest nation.