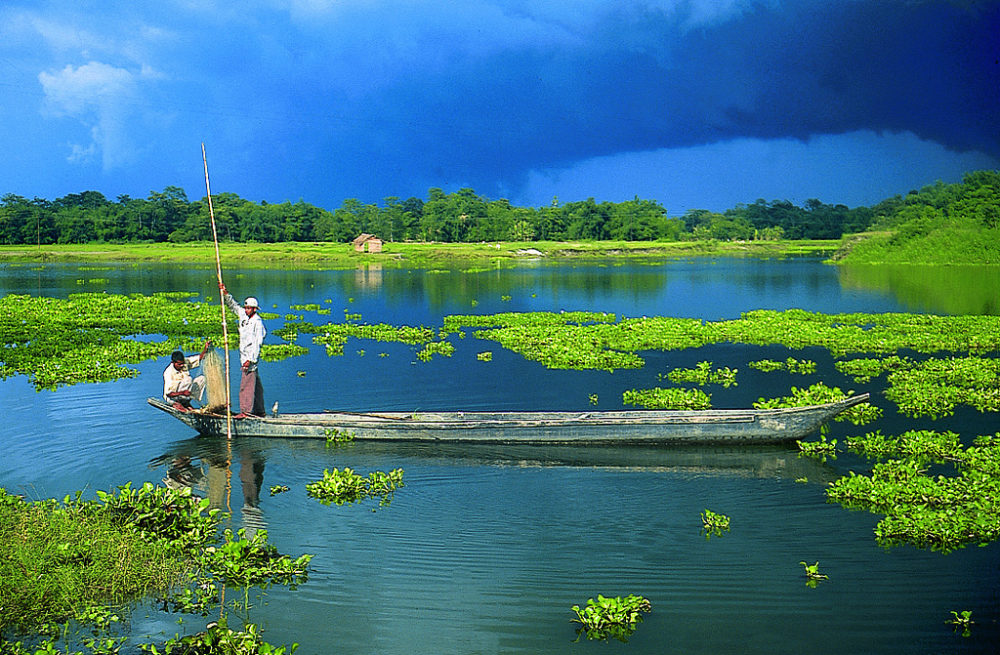 The marvel of nature never ceases to fascinate humans. Even though man has mastered the art of creating splendid architecture, it remains unparalleled to Mother Earth’s craftsmanship. India is a land of incredible monuments, tombs and forts but the enthralling wonders of nature capture everyone’s attention. Here are 10 such astonishing natural wonders in India.

Floating Lake amuses everyone. And Loktak Lake in Imphal district of Manipur is the only floating lake in the world. The largest freshwater lake in Northeast India, it floats because of the unique Phumdis (large circular masses of interwinedvegetation, soil and organic matter). On the south-eastern part of the lake lies the marvellousKeibulLamjao National Park. The park floats on a single Phumdis of 40 km²; earning itself the title of World’s only floating lake. It is home to the endangered Manipur brown-anthered deer. The lake considers of rich diversity and serves as a major source of livelihood.

Loktak lake was declared as a sanctuary in the year 1966, however, later it was declared as the national park in the year 1977. The region has abundant raptors that include a black eagle and the shaheen falcon. The lake is also home to many migratory birds that should be visited by the nature lovers. 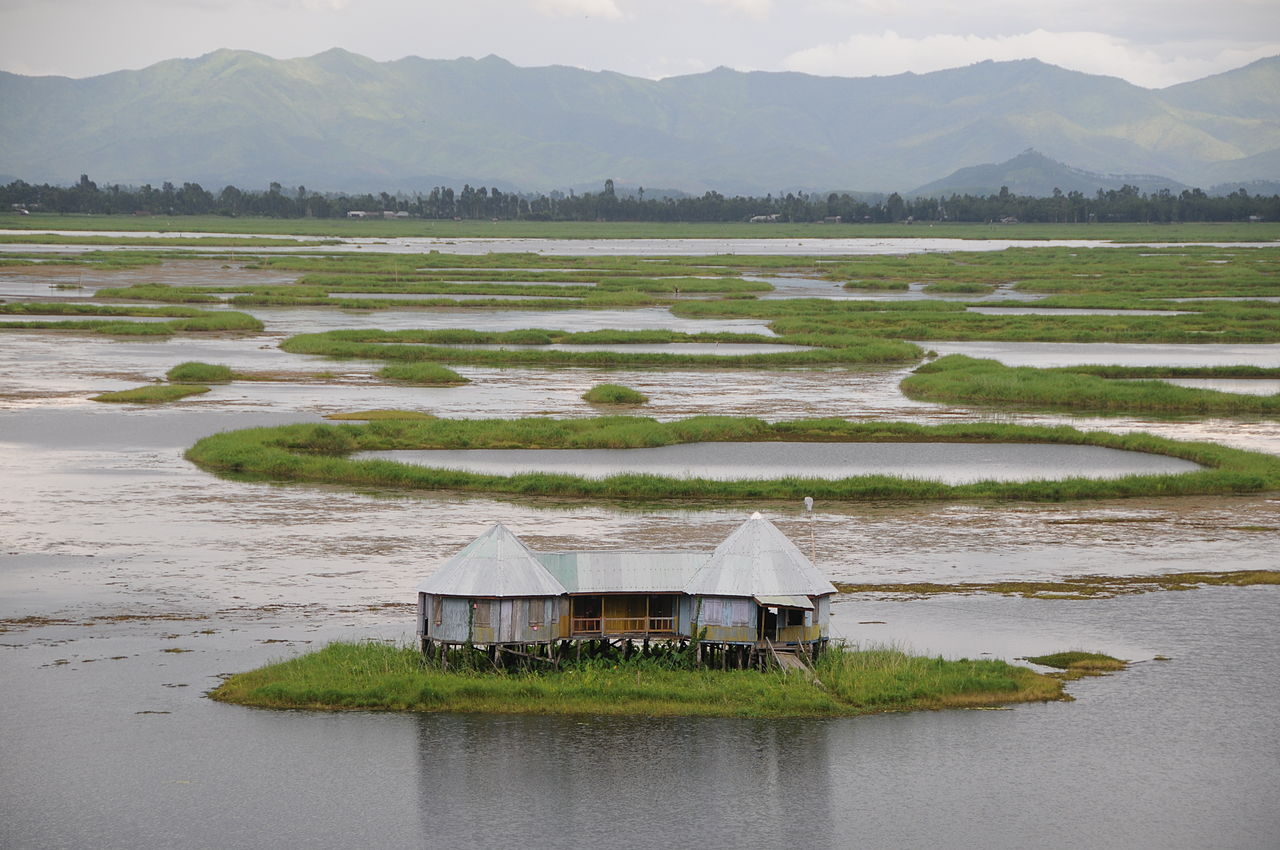 The north-eastern state Meghalaya has nature’s most admirable creation. The Living Root Bridge was an apparatus by the native Khasi tribe to overcome the hardship during monsoon. The bridge was then formed by naturally growing roots of rubber trees and bonded to betel nut tree trunks. The beautiful creation can be found in Cherrapunji. 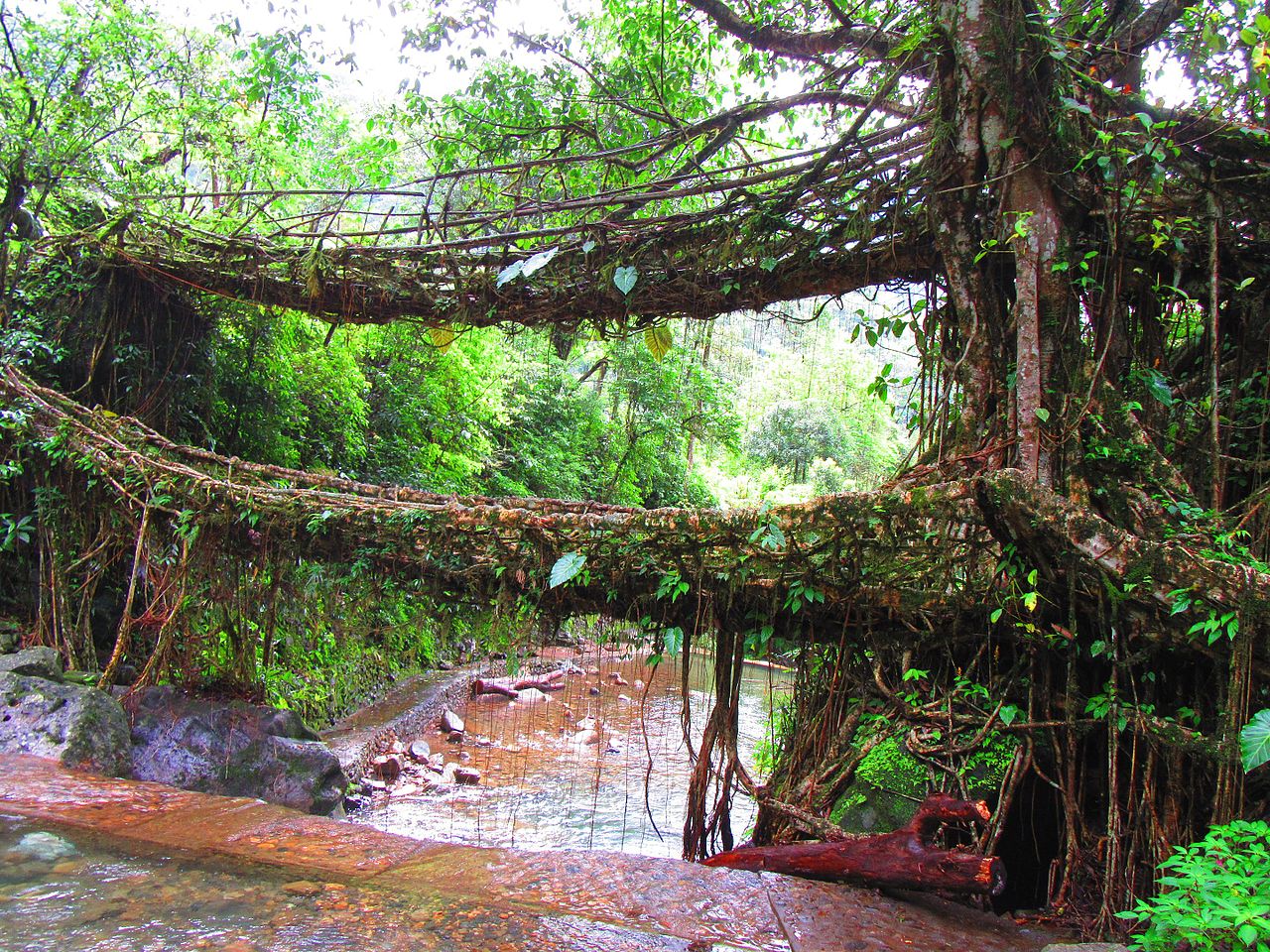 One of the beautiful natural wonders in India, Buldhana district of Maharashtra is home to home to World’s third-largest crater. The Lonar Crater Lake was formed some 52,000 years ago when a 2 million ton meteorite crashed into the Earth. This National Geo-heritage is the only known hypervelocity impact crater in basaltic rock anywhere on Earth. The oval sized and the bowl-shaped lake is 1.8 km wide and 137 meters deep. It is both alkaline and saline in nature. The surrounding is covered with greenery.

The diameter of the lake approximately 3,900 feet or 1.2 kilometers, however, the crater in which the lake sits is approximately 1.8 kilometers in diameter. The slope of the lake has multiple rings of beautiful trees and they span in an area of 1 mile. The most unique part is that each ring of trees has a specific species of trees. 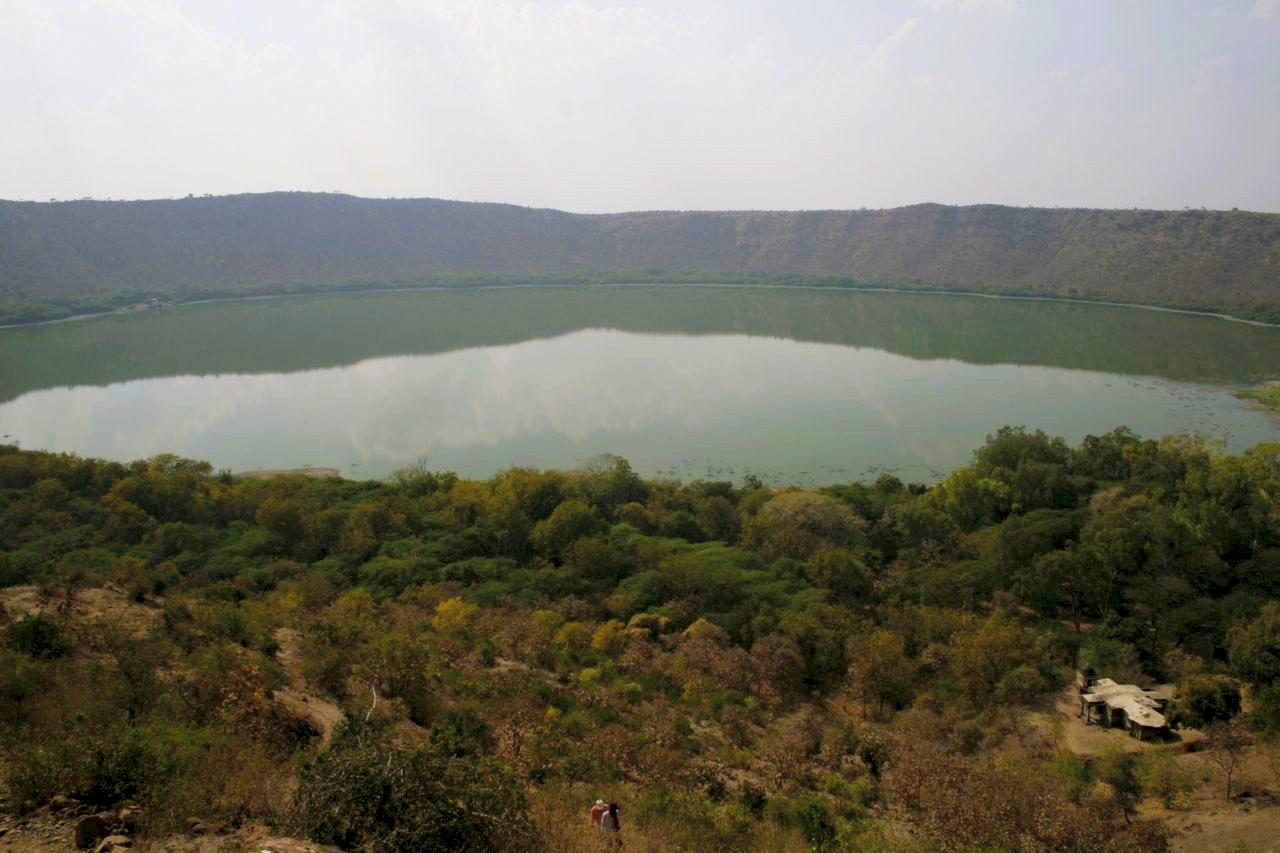 Chandipur beach in Balasore, Odisha is a unique sight. Popularly known as the “Hide-and-Seek” beach, Here the seawater disappears twice a day, leaving behind a seabed of 5kms long. The seawater reappears during the high tide, brings countless horseshoe crabs, red crabs and small starfishes which usually stay deep in the sea. The tide has no fixed time rather it depends on the moon cycle and the waves are gentle. The beach is surrounded by Casuarina trees and the natural phenomenon further adds to the rich biodiversity. 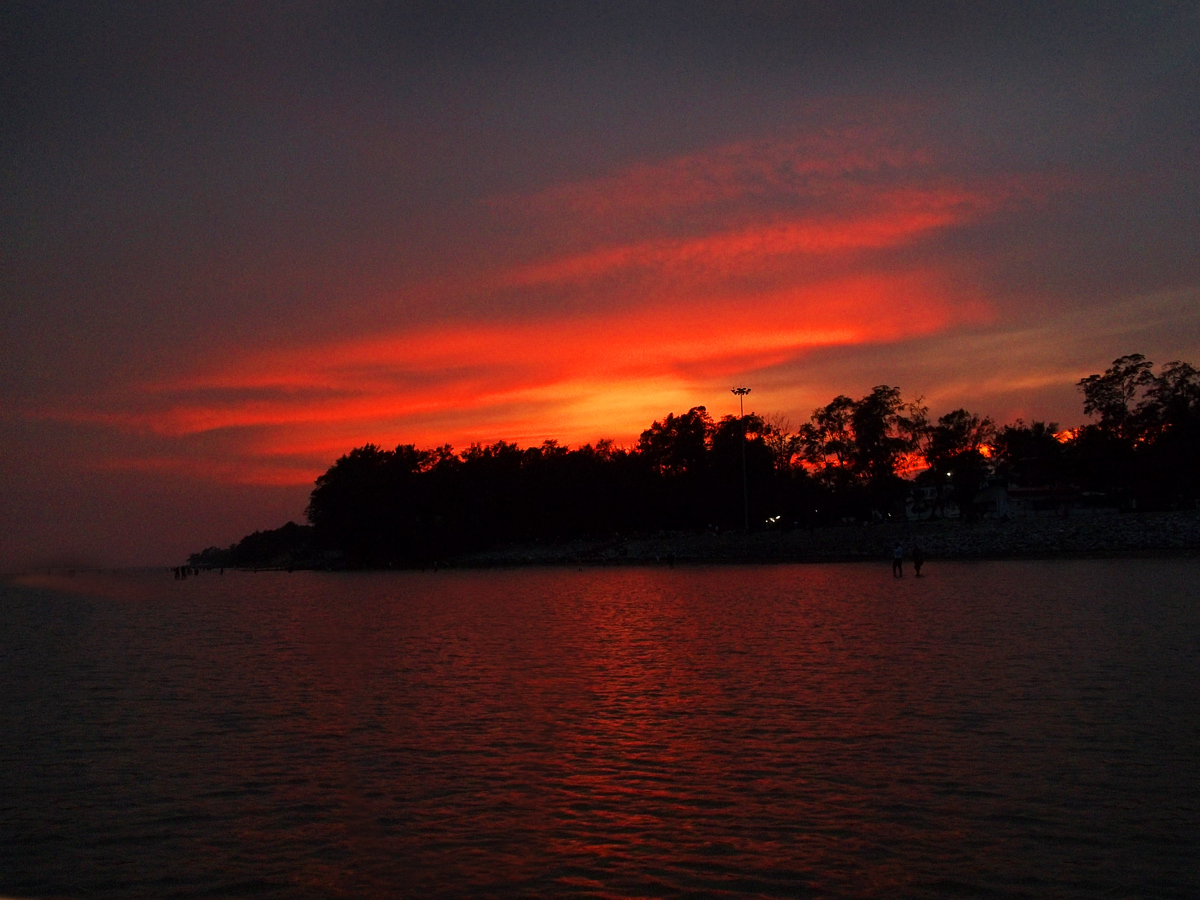 One has to witness the creation of nature to believe in its majestic aura. Marble rocks of Bhedaghat in Jabalpur are one such architecture. The ravishing 100 feet tall rocks change their shape and color throughout the passage of river Narmada. The color of the rocks is due to the presence of a large amount of magnesium and thus the soapstone like texture. The calm river descends 98 feet, creating Dhuandhar falls. While boat rides are available throughout the year, the special ride on a moonlit night presents a spellbound view of the Marble Rocks.

The area has many tourist activities and you can experience a cable car that can take visitors across the gorge for the guided tours of the river that later take you to the downstream of the falls. It is located across the Narmada River’s that runs through Madhya Pradesh. 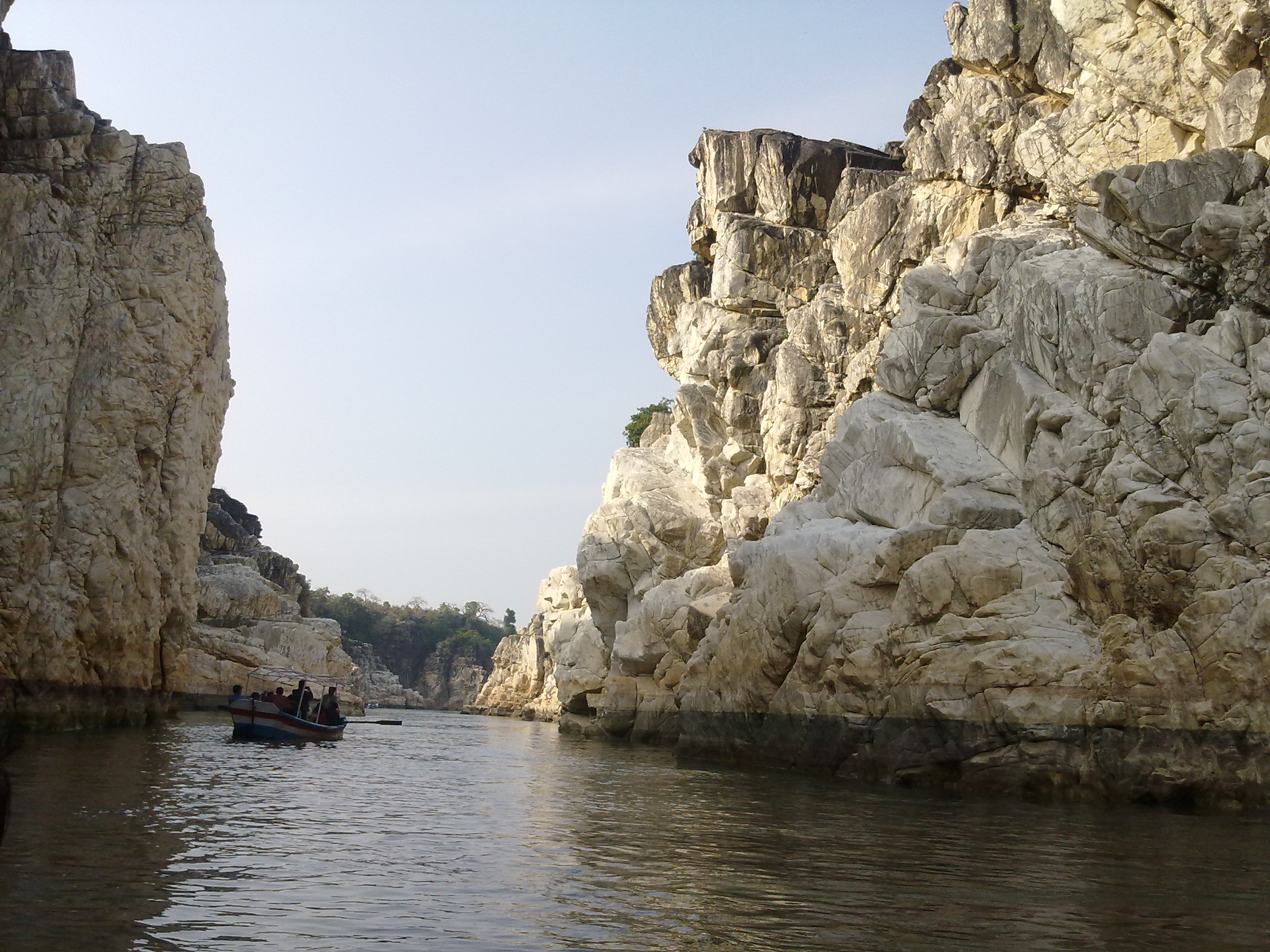 Majuli is the principal seat of the Vaishnavite faith. And it also houses the largest river island in the world. The 421 sq. km Maduli river island is situated on the Brahmaputra River. The wetland attracts several species of endemic and migratory birds. The rich flora and fauna enrich the diverse biodiversity. The island remains a true bliss. Tourists have to reach Jorhat and then head towards Majuli Island. 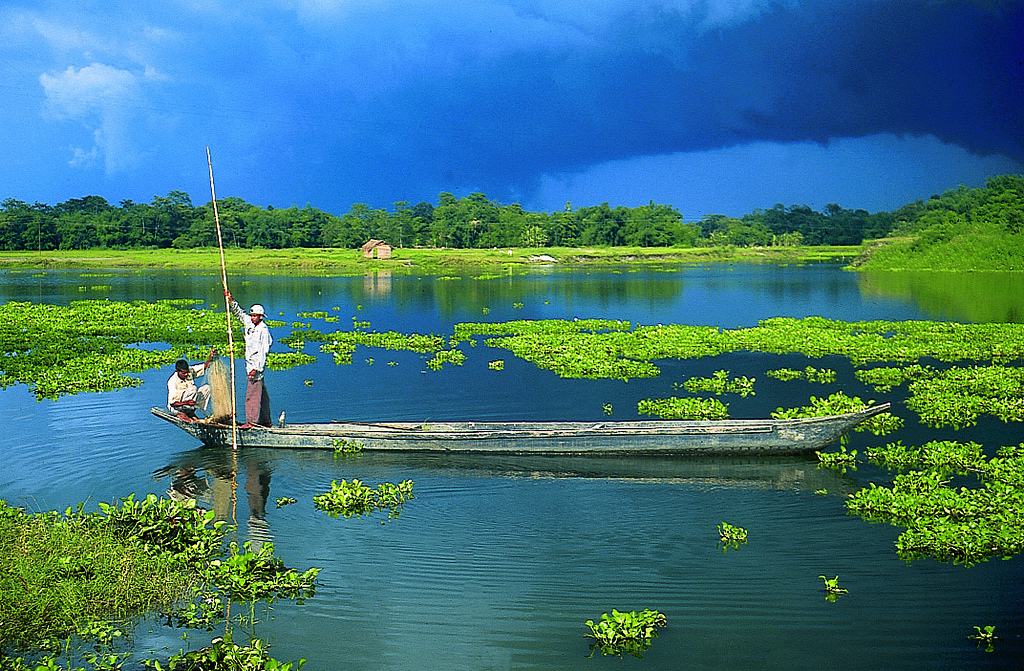 The Borra Caves located on the Eastern Ghats in Ananthagiri hills of Araku Valley was created millions of years ago by water activity and remains the deepest cave in India with an estimated depth of 80 metres. This 200 metres long cave is known for the stalactites and the stalagmites. The combination of marble and limestone gives the stones a shiny appearance. Tourists can see drops of water dripping from the top. It serves as a major tourist attraction. 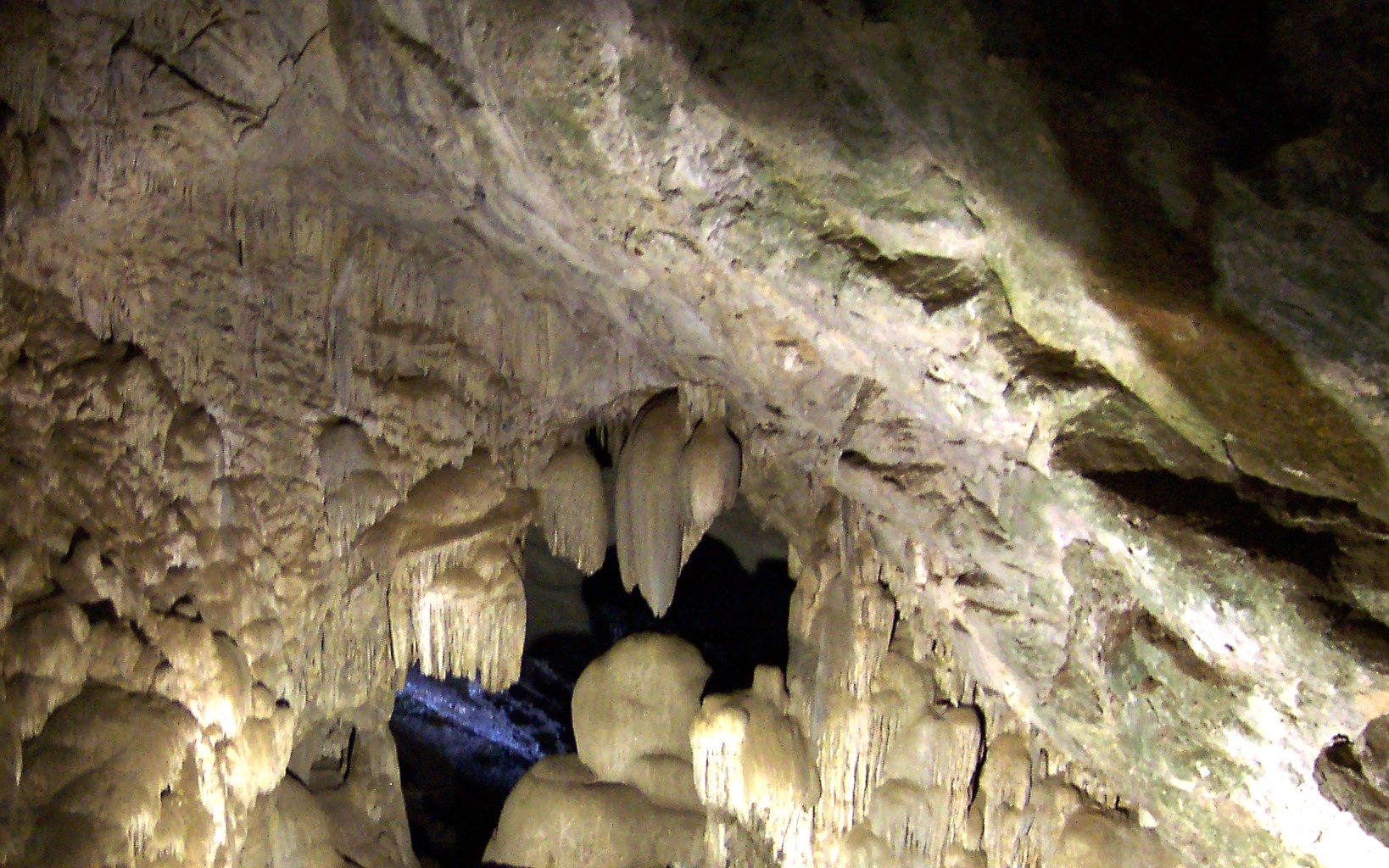 Hogenakkal Waterfall in Tamil Nadu is popularly known as the “Niagara Falls of India”. The river Cauvery gushes down from a height of 150 feet, creating a smoky spray of water, Therefore the name Hogenakkal which means ‘smoking rocks’ in Kannada. It is believed that the carbonatite rocks in the Hongenakkal waterfall are the oldest in South Asia. The water has healing properties as it passes through thick, medicinal forest. 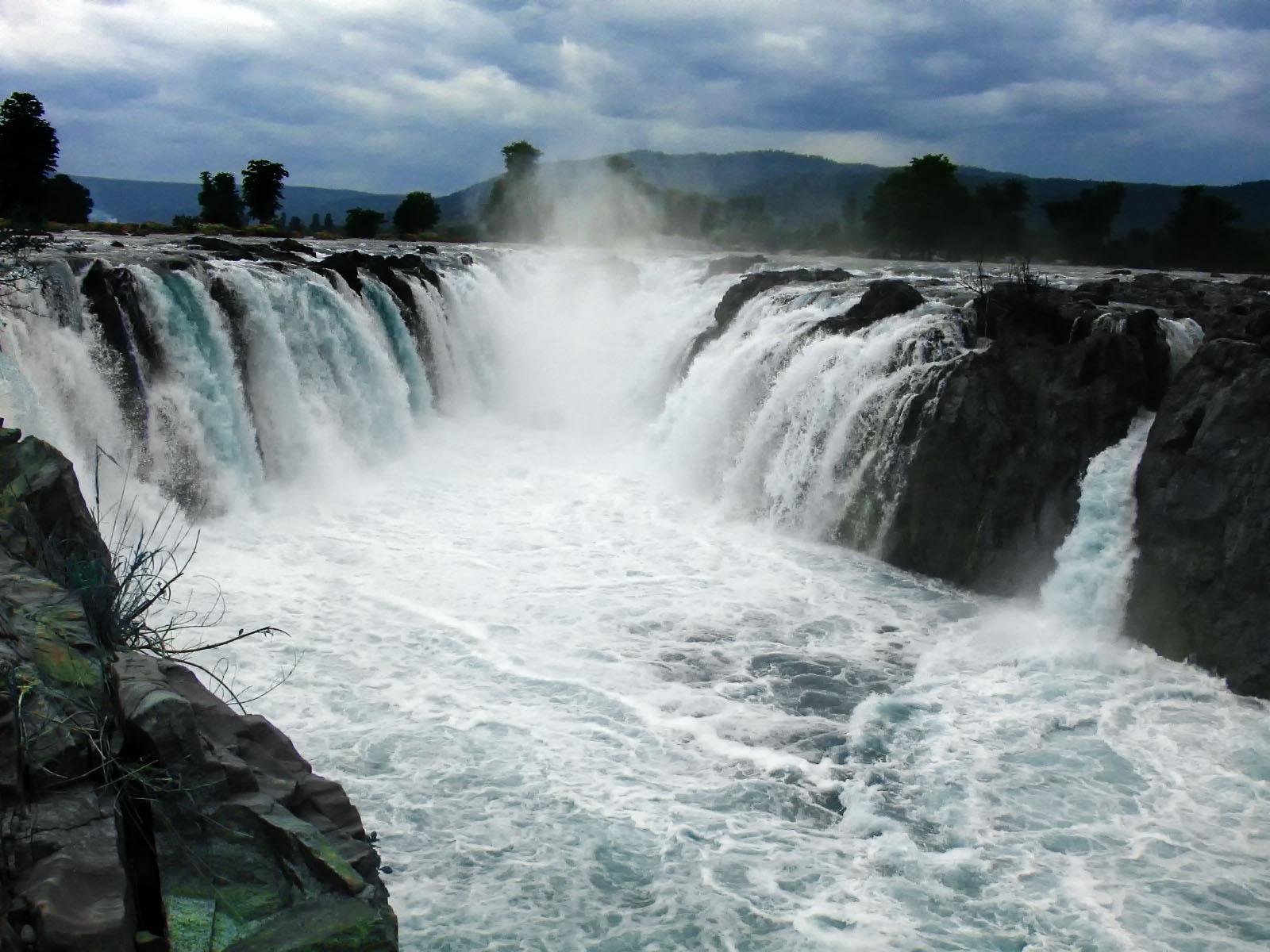 Formed by volcanic eruptions, the hexagonal shaped basaltic rock in St. Mary’s island is rave to find. Also known as Coconut Island, St. Mary’s island has a similar rock formation as that found in Madagascar, Africa. The beach is a paradise for seashells, thus making it even more scenic. It was declared as a national geographical monument in 1979. One can reach the island only through the ferries from Malpe.

The Valley of Flowers in West Himalayas is a long stretch of divine beauty spread over a land of 87.5kms. Endangered animals like Musk deer, Snow leopard, Blue Sheep; alpine flowers and colorful flora, adorn the picturesque atmosphere of the meeting point of Zanskar, Western and Eastern Himalayan ranges. The fluttering breeze sets in a dreamy wave. At 3658 meters above the sea level, Valley of Flowers opens on 1st June every year and welcomes visitors till 4th October. It is one of the beautiful natural wonders in India. Also, read about things to do in Kashmir. 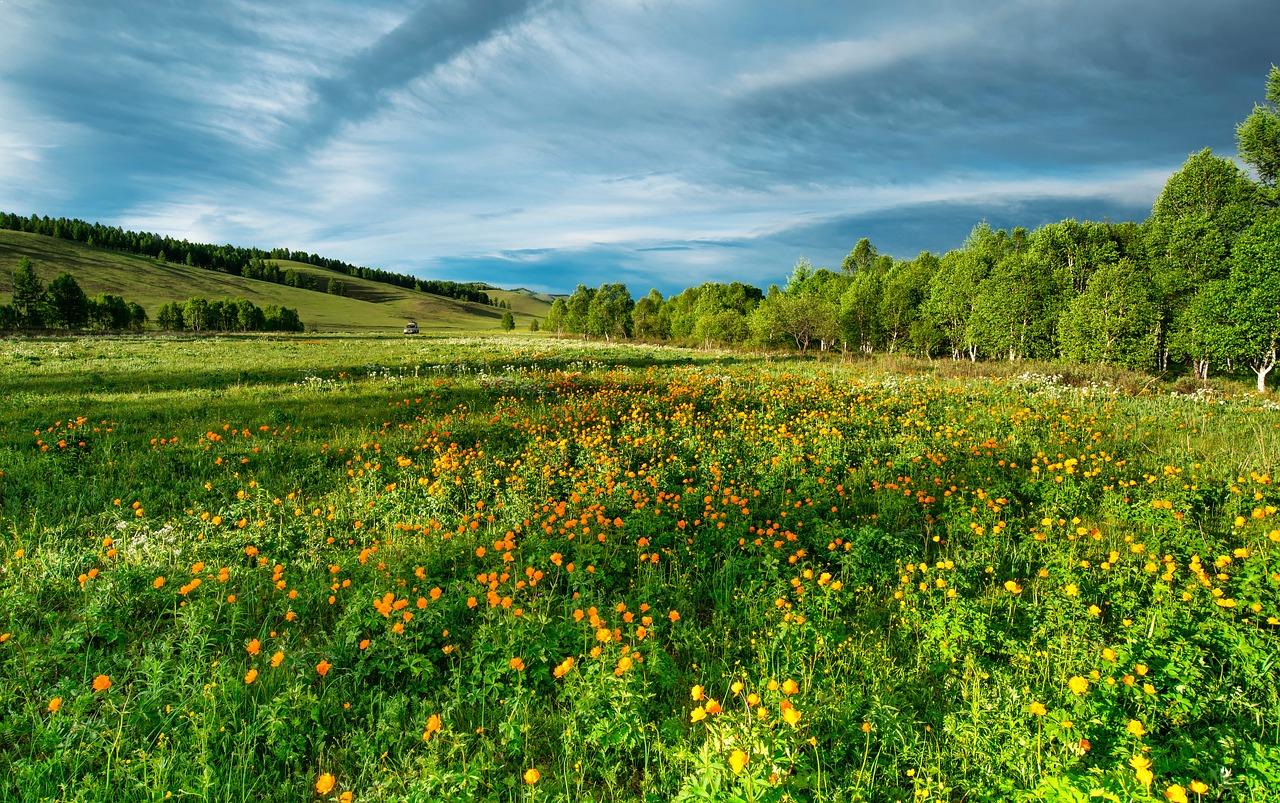 These are the beautiful natural wonders in India. Please share your comments.