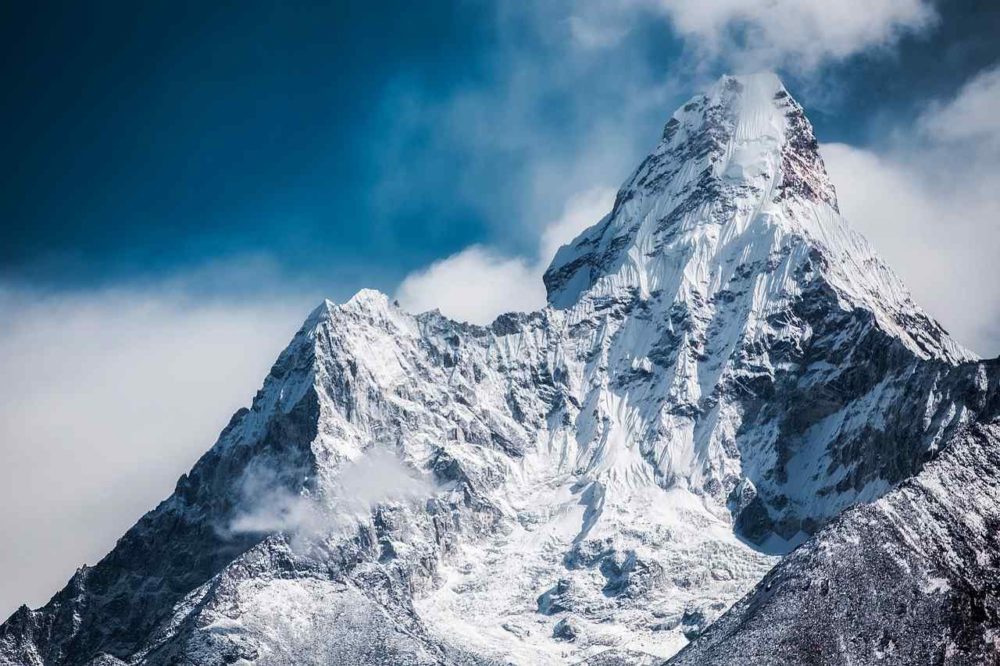 Mountains are formed by the movement of the earth’s crust, true, but these mountains have different colours, features and specialities. Interesting right! Read this article to know some interesting and unbelievable facts about the 10 most beautiful mountains in the world.

The most mystical, majestic, the mountain of mountains. The Matterhorn paradise is the highest summer ski region in Europe and is open 365 days a year. And the amazing fact is that there is still plenty to do when the sun isn’t shining! At 4,478 m, the majestic Matterhorn, the most famous in a mountain in Europe loons over the breathtaking Alpine panorama. The rocky tooth reaching the sky and the light reflections for the nearby Stellisee make the Matterhorn’s landscape a unique natural spectacle in Zermatt.

On this three thousand metre mountain ridge there is a viewing platform with a truly unforgettable view of the Matterhorn and the surrounding mountain world. The Matterhorn Museum explains the historical development of Zermatt of the mountain village. The Matterhorn does not have a cable car and therefore offers experienced sports enthusiasts a new challenge climbing the mountain themselves. 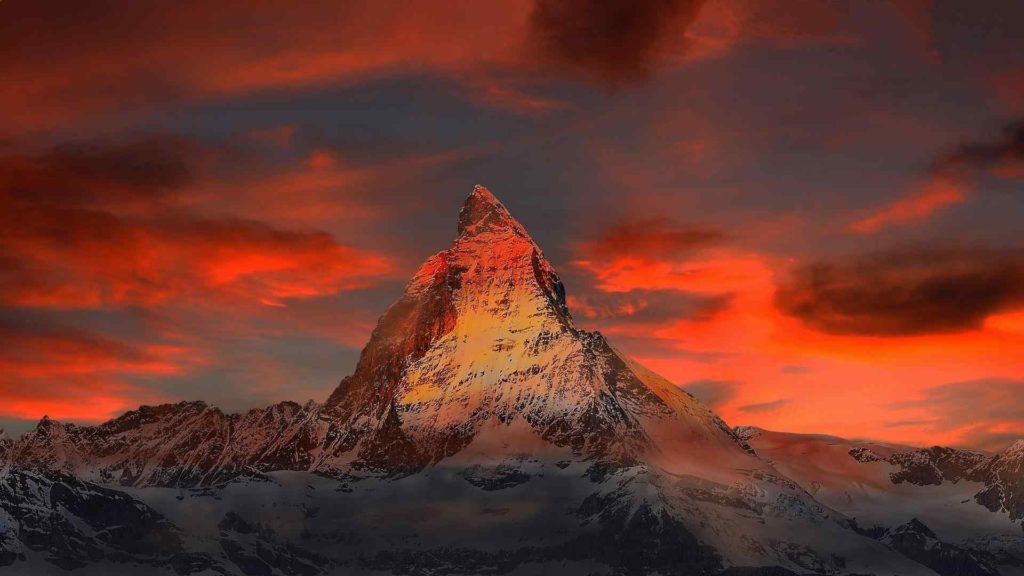 Vinicunca commonly referred to as the Rainbow Mountain, as the shades of the mountain soil is of the seven colours of the rainbow. Located in the Cusco region where the Andes lie. Nestled at an altitude of 5,200 meters above sea level. The mountain was hidden under a thick layer of ice but as the regional temperature rose, the snowpack thawed and revealed thick stripes of mineral deposits painted across sandstone rock. It offers beautiful scenery yet a challenging hike. Vinicunca is a four drive south of Cusco. Tourists can spend a few days in Cusco to acclimate to the altitude before enduring the steep hike. Want to walk on rainbow then Vinicunca is the place you should go to live this cliche. 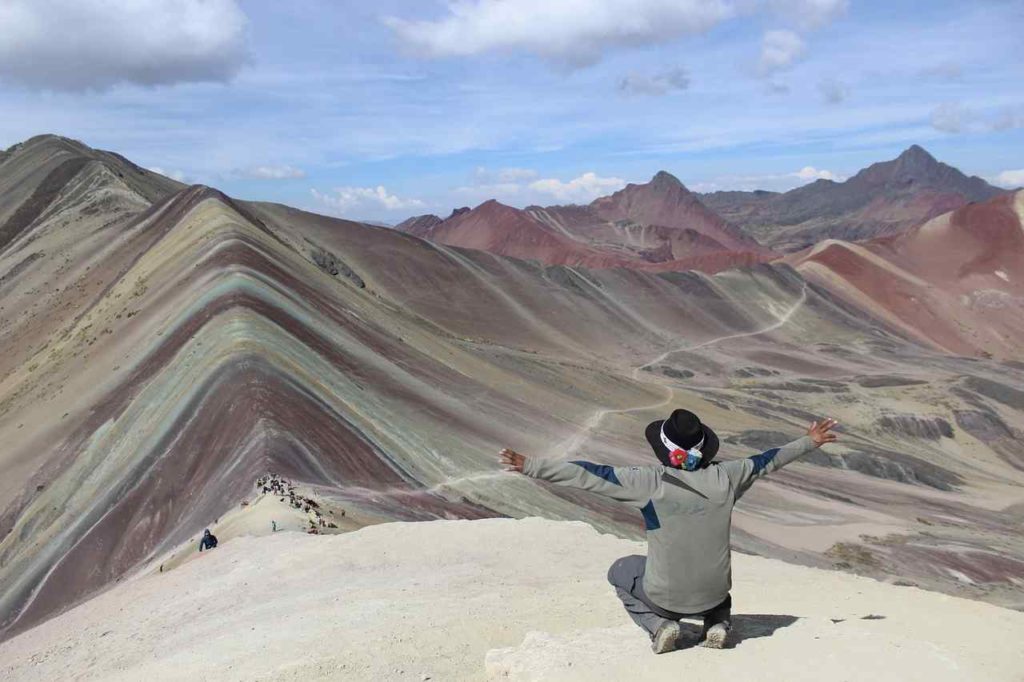 Mu Cang Chai is a rural district of Yen Bai Province, about 280 km from Hanoi, in the northeast region of Vietnam. Mu Cang Chai offers you chances to enjoy the wonderful terraced rice fields with interesting trekking routes to high mountain slopes scattered with local villages. In the local language “ Mu or Mo” means “ Forest of Wood”, “Cang” means dry and “Chai” means “earth”. Among about 2,200 hectares of terraces, there are 500 hectares in three communes: La Pan Tan, Che Chu Nha and XuPhinh have been recognized as one of the unique scenery, the National Heritage of Vietnam in 2007.

The mountain becomes the centre of attraction of for local and foreign travellers, especially in August and September when the rice is yellow on terraced slopes. In May and June, this is the time of watering when the first summer rains start pouring down the mountain. The water flows down the mountains until to the terraces. The limpid and flashed water in the sun of the afternoon creates a beauty that can surprise all visitors. Because of its topography with steep slopes, terraced fields have a narrow width, so that the difference between plots is 1m-1.5m. The rice terraces in Mu Cang Chai have breathtaking and one of the most exquisite beauty in the world. With the beauty, culture, rich traditions Mu Cang Chai is still alive in the heart of every traveller. 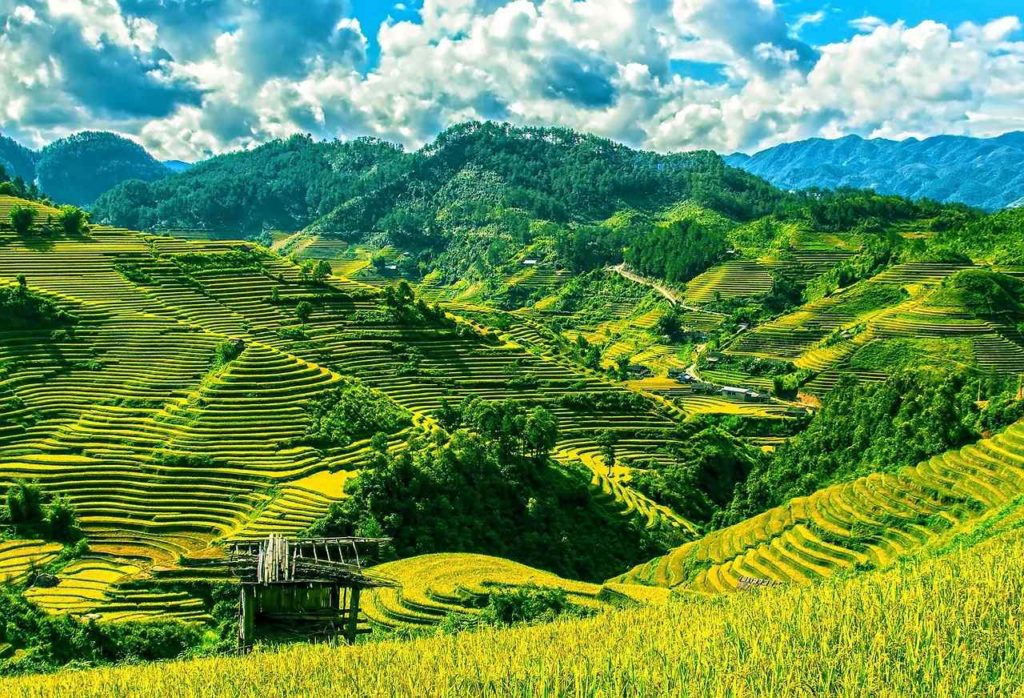 The Altiplano also called Puna, originates northwest of Lake Titicaca in southern Peru and extends about 600 miles southeast to the southwestern corner of Bolivia. It is a series of internode basins lying at about 12,000 feet above sea level. The basin is separated by spurs reaching eastward from the Cordillera Occidental of the Andes Mountains. On the eastern side of the Altiplano, there is a continuous passageway of gentle gradient extending southward across Bolivia. The most interesting fact about Andean peaks are that they are volcanic. The highest active volcano in the world, Ojos del Salado, which stands at 6,900m, is found here in a remote location along the Chilean-Argentina border.

The Andes are home to quite a few of the world’s natural ‘superlatives’. In Bolivia, you can find Lake Titicaca, the highest navigable lake on the planet, as well as SalarUyuni, the largest salt flats, which sit at a height of 3,600m. The mountains hold the world’s largest mineral deposit, 13,000 tonnes of gold, 250,000 tonnes of silver and 20 million tonnes of molybdenum, which is a mineral used to harden steel. It has got an endless playground for active travellers, from climbing to hiking, white water rafting, cycling, horse-riding, skiing, stargazing and the list goes on.
There are just some of the phenomenal ways you can squeeze the most out of your Andes Mountain adventure. 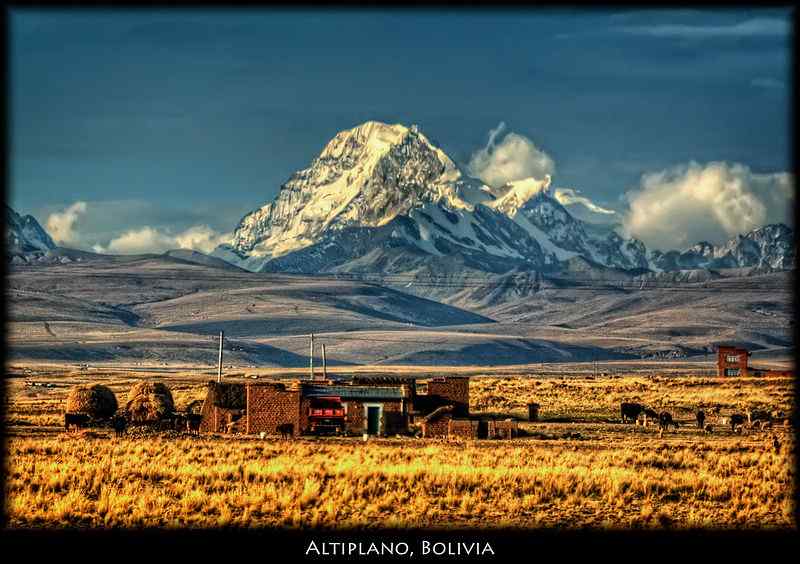 Mount Fitz Roy or popularly known as Cerro Fitz Roy is a mountain in Patagonia, on the border between Argentina and Chile. It is located in the southern Patagonian Ice field near El Chalten village and Viedmalake. It should come as no surprise that the rugged, sky puncturing peaks of Cerro Fitz Roy has become a recognized symbol of Argentine Patagonia. YvonChouinard, after summiting Fitz Roy in 1968 with a team from the USA, he used its shape to inspire the logo for his clothing brand, Patagonia.

At 11,073 ft. (3,375m) above sea level, Cerro Fitz Roy might be the highest of the granodiorite peaks in the area. The climb is very tough, reaching the summit is no mean fear, the most technically challenging climbs on the planet. There are several days or multi-day hikes where visitors can camp for free in the campgrounds and the national park carries no entry fee. Not only experienced mountaineers can visit here but also there are paths for easy trekking that would take only 2 to 3 hours as well as options to climb the “granite walls”, with different degrees of difficulty.

The Eiger stands at 13,025ft, forming part of the Bernese Alps Mountain range in Switzerland. An unusual mountain with an abundance of history. In fact, the north face of the Eiger is unarguably the most notorious mountain face in the world. Since, 1935, at least 64 climbers have died attempting the north face. Despite this, it continues to capture the imagination of climbers from across the world. Towering over the small hamlet of KleineScheidegg, the Eiger has remained constantly in the public eye, which has no doubt enhanced its legend, with many making the trip not to climb, but purely to watch. 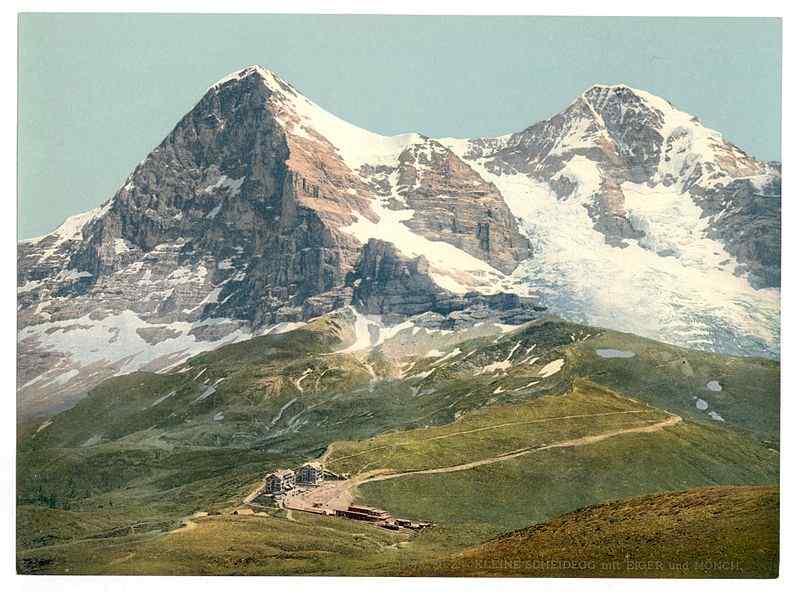 The Alps are one of the great mountain ranges in Europe. The highest peak in the Alps is Mont Blanc at 4810 m. they stretch from Austria and Slovenia in the east all the way through Italy, Switzerland and Germany to France in the west. The Alpine peaks are generally seen covered with snow and are draped with lots of ice. The Alps are a crescent-shaped geographic feature of central Europe.

The Alps are the youngest mountains in Europe and began to form about 65 million years ago when the African crustal plate shifted into Europe. Also for your knowledge 5000 years old mummified man was found in the Alps at the Austrian/Italian border in 1991. The Alps maintain a permanent snow blanket over 2750 m above sea level and have many glaciers. The mountain is known as Europe’s highest vineyards, in most regions of the Alps from December to April, winter sports like skiing, snowboarding, snowshoeing and tobogganing are extremely popular. While in summer, hiking, mountain biking, mountaineering and paragliding are quite popular. So pack your bags for a great winter adventure on the Alps in Europe. 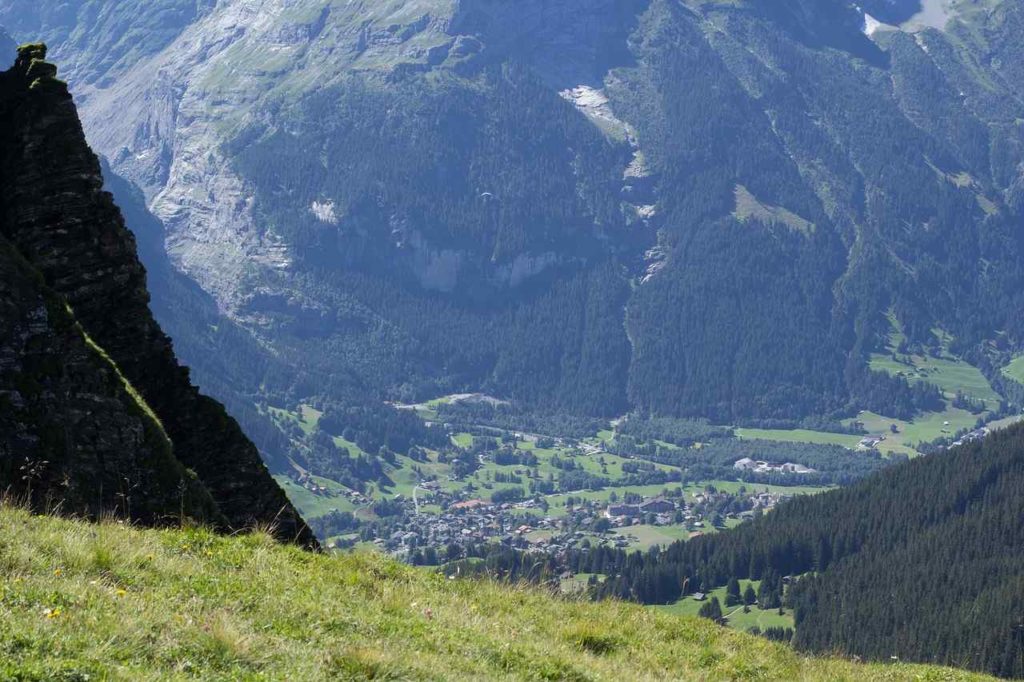 AmaDablam is known to be one of the most spectacular mountains in the world. The mountain in the Khumbu region of Nepal is an unforgettable experience for the alpinists. AmaDablam is a steep pyramid of ice with vertical walls and sharp, exposed ridges. It is the heart of Himalaya. Amadablam lies in the Himalaya range of eastern Nepal. The mountain peak is 6,812m; the lower western peak is of 6,170m. “Ama” means mother, grandmother and “Dablam” means charm box and is a special pendant worn by elder Sherpa women that hold precious items. The trekking, October to the end of November is the most popular time because of good visibility. January to the end of the March is the next most popular as it gets hazy near the end of March due to dust from the plains of India.
So when you are planning to visit Nepal !!

The Table mountain is 3,563 feet above sea level. It’s called Maclear’s Beacon for the man who built a stone cairn at the site in 1865. It is a flat-topped mountain overlooking Cape Town and is a huge tourist attraction. Often it is covered with the cloud which is known the table cloth. It only looks flat from one side, the overlying mountains to the south-west are known as the twelve Apostles. There are an estimated 2,200 species of plants on the mountain alone, many of which are endemic to the mountain and can be found nowhere else. Animals to be found on the mountain include a Dassie the nearest animal relative is the elephant. The Table mountain Aerial Cableway opened in 1929. Today each car can carry 65 passengers at a time to the top. Table Mountain is one of South Africa’s most incredible sights. 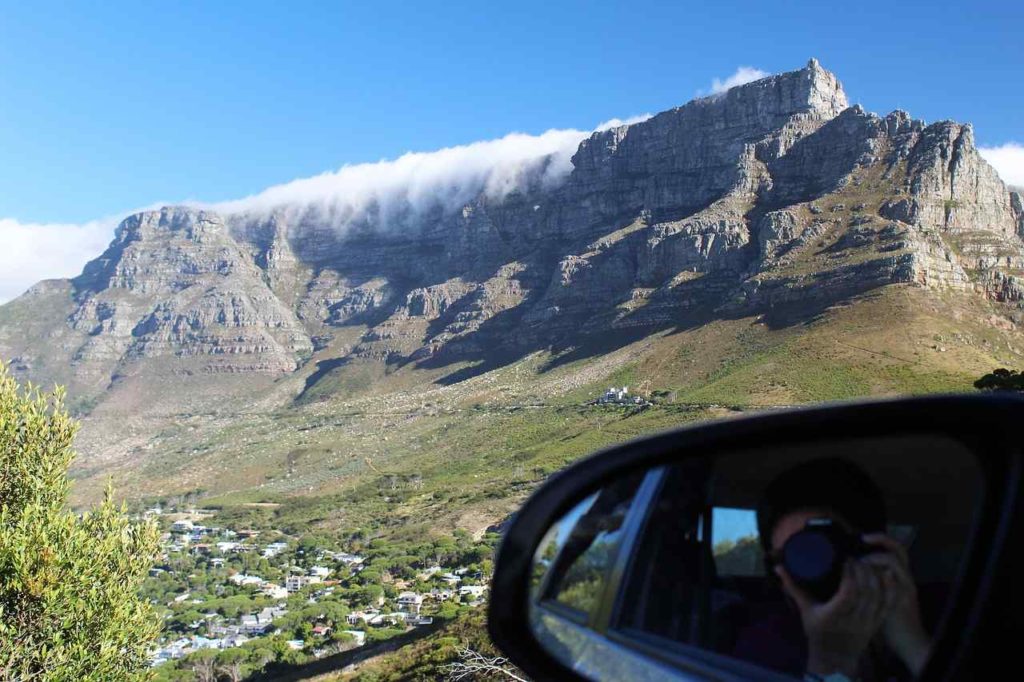 10. The Queen Maud Mountains in Antarctica

The Spectre is a prominent rock spire, 2,020m near the centre of Organ Pipe Peaks, Gothic Mountains, in the Queen Maud Mountains in Antarctica. The mountain is mostly covered by snow. The mountain is said to have a stable high pressure and cold but sunny. With an altitude of 2162m and wind speed of 20-25 Knt, it is very tough to hike on this mountain. Enough of planning holidays in tropical, plan your next holiday to some mountains because paradise doesn’t have to be always tropical.

These are the beautiful mountains in the world. Do post your comments.