Gardens are one of the most peaceful and relaxing places one can find in a city and it is the only option many urban dwelling people have to get in touch with nature. Be it a small neighbourhood garden or a large palace garden, the flowers, fountains, and butterflies always make you feel refreshed and ready to begin a new day. Here is our list of the most beautiful gardens in the world.

This garden is not only the most beautiful but also the largest garden in the world and is known as the ‘Garden of Europe’. It is open only during the summer months of March to May when the tulips, the main flowers of this garden, are in full bloom. Apart from tulips, this garden also has lilies, daffodils, and hyacinths. Each year, the garden has a new theme and there are many sculptures and artworks installed to reflect it. Tourists also have the option of taking a boat ride along the lake that is in the middle of the garden. 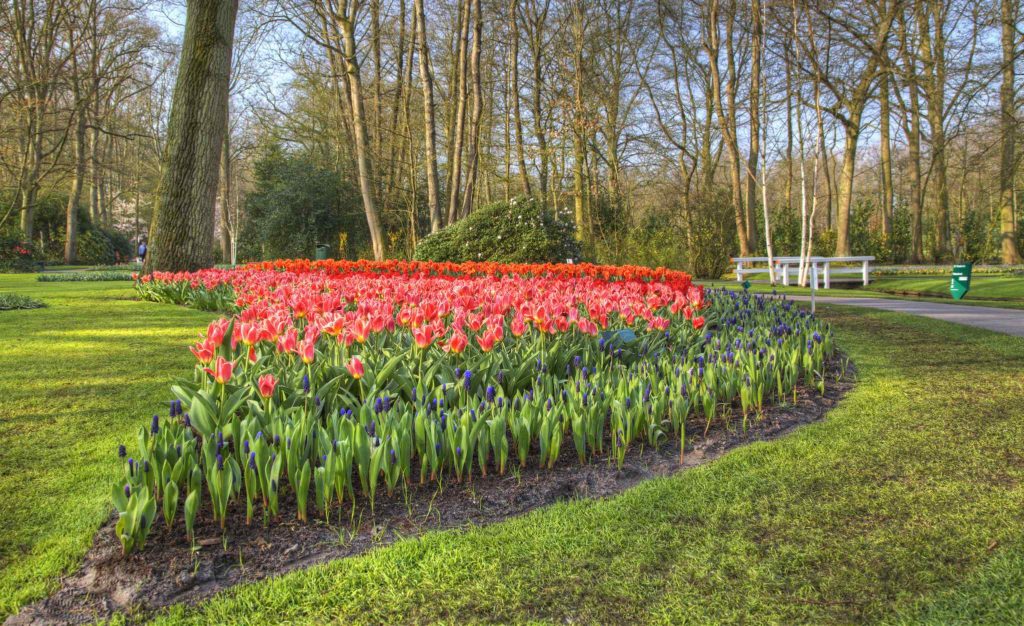 The famous Palace of Versailles is today one of the most powerful symbols of French history and it is still admired for its opulence and grandeur. The gardens are no different. It is one of the largest gardens in the world with a total area of 800 hectares of which some are forested land and the rest is covered by flower gardens, lawns, and fountains.

The fountains are mostly statues of mythological creatures and are a major tourist attraction. The Grand Canal runs parallel to the garden and a boat ride along this canal gives an unconventional view of the garden from the other side. The Palace and the gardens are now protected as a UNESCO World Heritage Site. It is one of the most beautiful gardens in the world.

This carefully designed garden has six different parts designed as six terraces to reflect various themes. The topmost terrace is the Sun garden and has a pond shaped like the Sun as well as meadow flowers and lime trees to give a refreshing feeling. The subsequent terraces are designed as a water garden, a herb garden, and an ornamental garden. Each of the levels has ponds and fountains of various shapes that compliment the theme and the plants in the garden. There are shaded areas for visitors to relax and enjoy the view. Also, read about the oldest trees in the world. 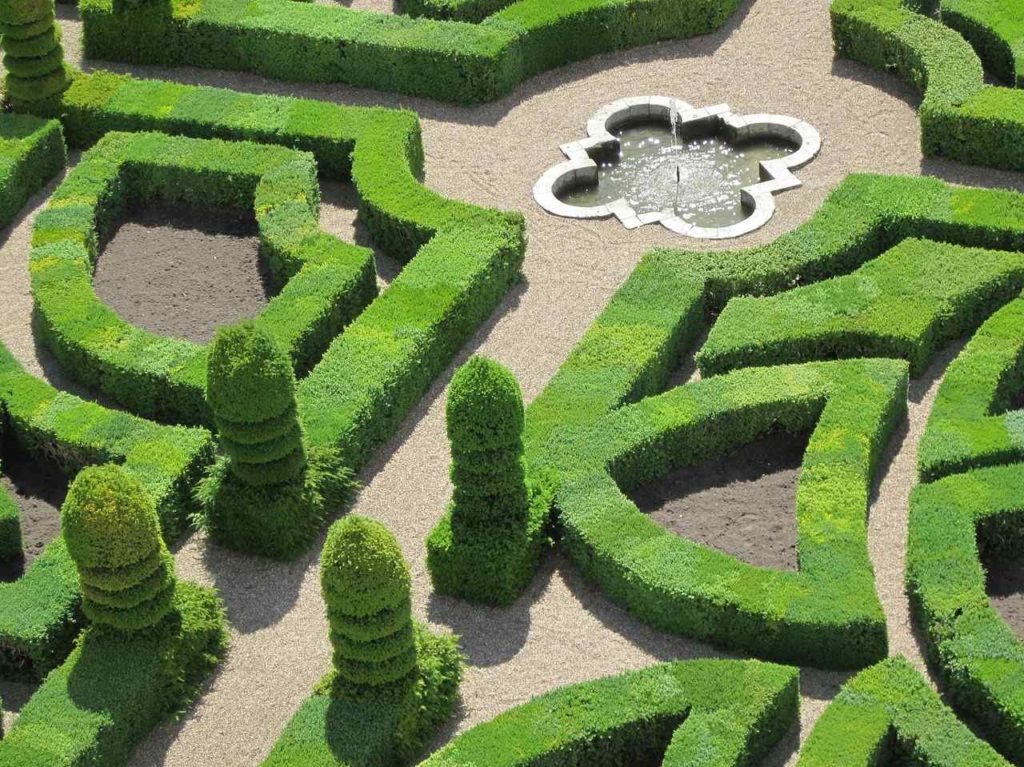 This beautiful garden is the largest in Thailand has one of the largest in Asia, with an area of 500 acres. It has hundreds of species of flowering plants of which 670 are native to Thailand. Other plants and specimens like cacti, bonsai, ferns, and orchids are also on display along the over 1-kilometer long walkway that passes through the center of the garden. 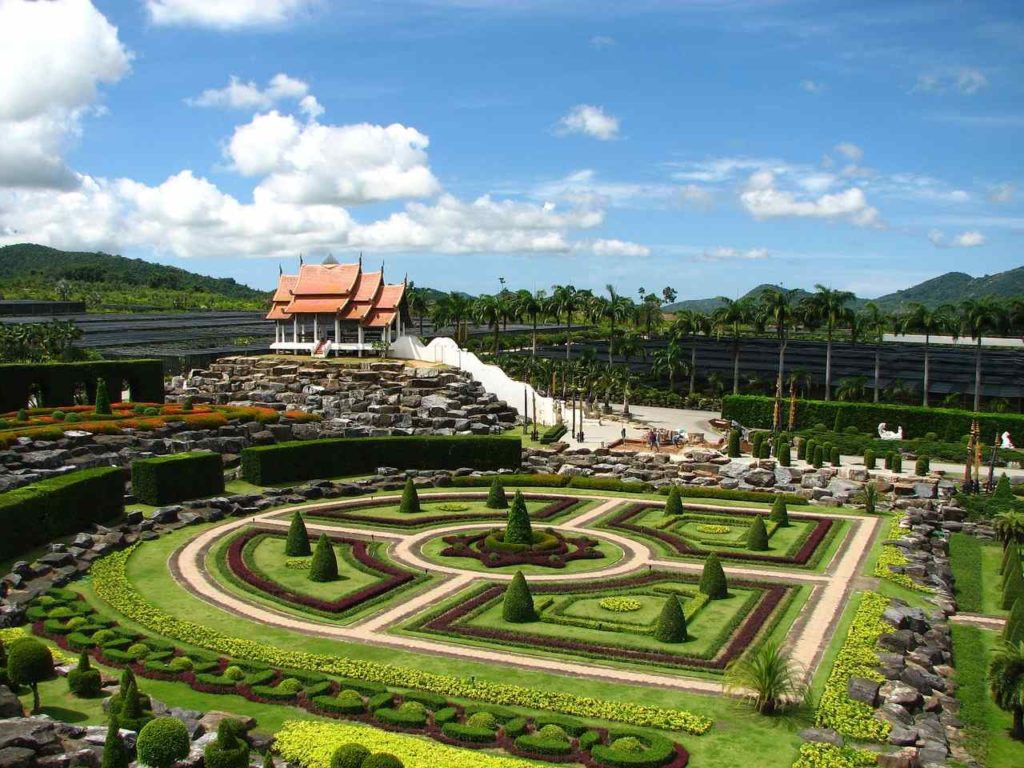 The Butchart garden is the perfect story of dedication and transformation. It was built from 1909 to 1921 by the Butchart couple – Jennie and Robert on the site of a mining quarry after it was closed down. It is one of the beautiful gardens that occupies a total area of 22 acres and currently houses about 70 different verities of flowering plants.

Today the garden has turned into the hub of bird and butterfly life in that area and has many exotic birds like peacocks, ducks, and butterflies. There is a large pond in the middle of the garden which is now a favorite location for holding musical and dance performances. We also want you to read about countries with the largest forest area. 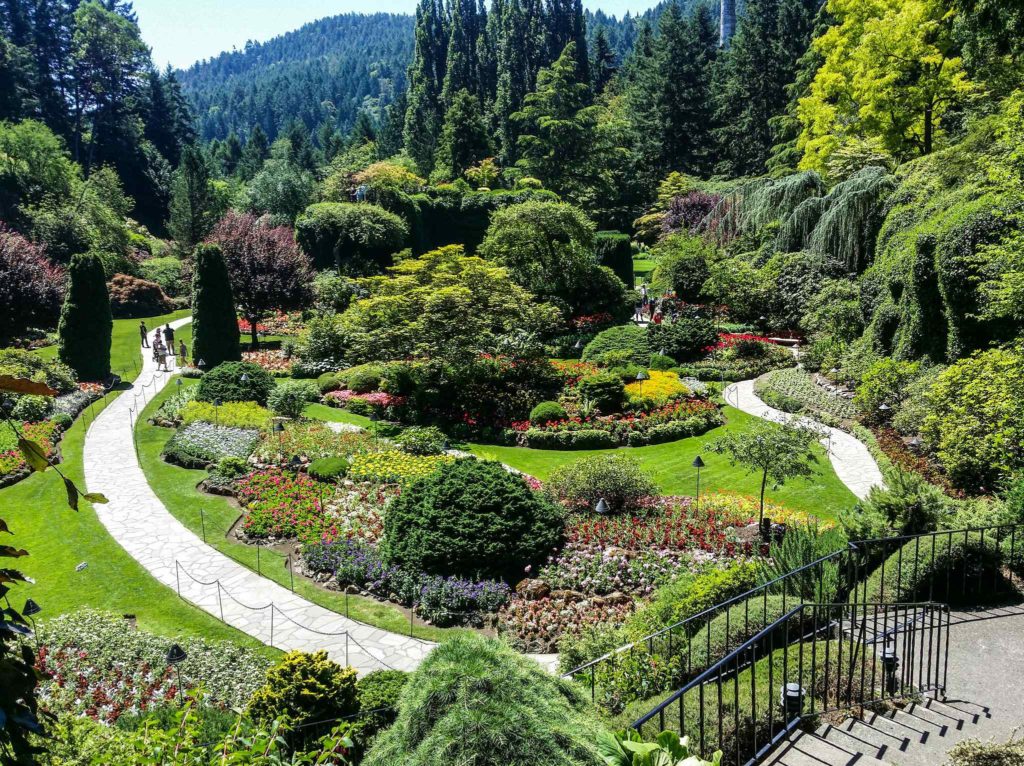 The Royal Botanic Garden is one of the richest repositories of plant life and information in the world. It has more than fifty thousand different varieties of plants. It was originally designed by Princess Augusta in 1759 and later expanded by subsequent monarchs. Today it has 10 climatic zones that house plants from all parts of the world, a glass house to grow tropical plants and a 59-foot high treetop walkway across this zone that gives an astonishing view of the garden as well as the city. 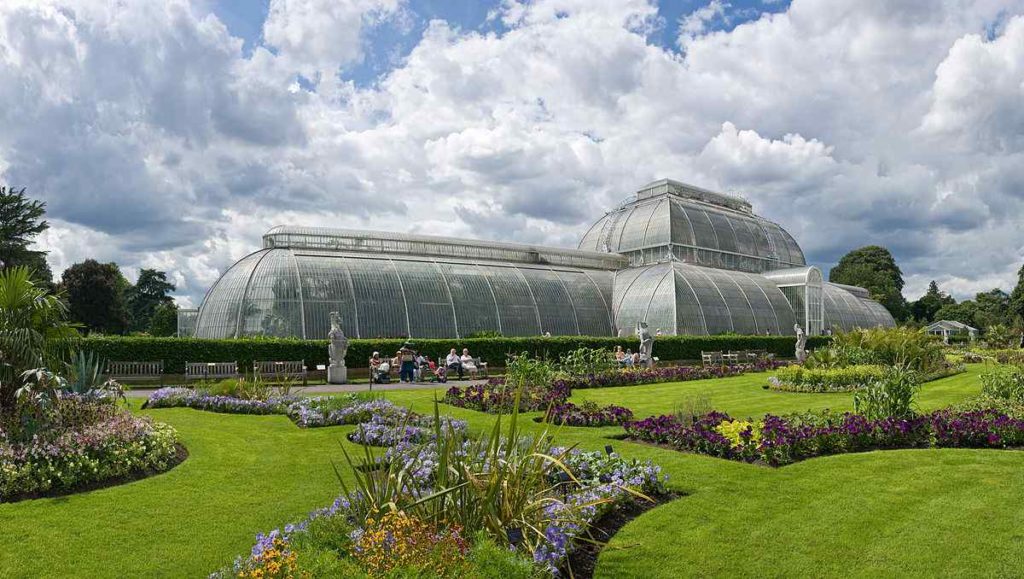 This beautiful garden located in Southwest Italy is a large garden spread over 16 hectares of land. It is one of the largest gardens in Europe and has over twenty thousand plant varieties of over one thousand species. Like French gardens, this garden too has many beautiful fountains, canals, statues and waterfalls that add to the visual appeal. It has many flowering plants that bloom in different seasons and according to the time of your visit, the look of this garden changes completely. There are long walkways built across the garden to let visitors stroll through the flower beds.

The Longwood Garden is one of the largest in the United States and is spread over an area of 1077 acres. Within the premises, there are over forty different types of gardens having flowers and trees from different parts of the world. There is also a large conservatory that houses tropical plants by controlling internal climatic conditions. The large meadow garden in the main attraction of this complex and is open all year round with different flowers in different seasons. There are many fountains, ponds and canals in this garden and animals like deer, beavers and many birds are permanent residents here. 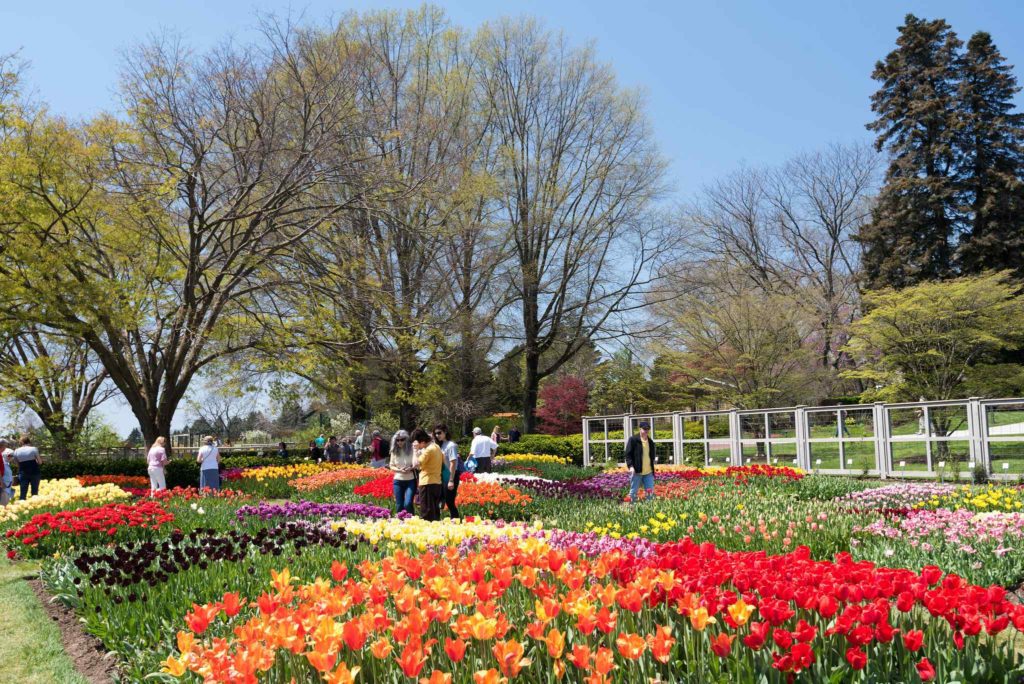 This garden’s claim to fame is that it was designed by the famous French Impressionist painter Claude Monet. It is designed to his house by diverting a nearby river to bring water to the garden ponds. There are many species of flowering plants, the most famous being the climbing roses which attract hundreds of visitors every year. He was inspired by his paintings to make changes in the garden and the garden, in turn, has inspired many of his paintings.

A garden usually conjured up images of beautiful flowers and gushing fountains, but this garden in Arizona is a garden of desert plants from all over North America. Spread over 140 acres, it has more than twenty thousand plants belonging to 139 different species. It also has over 1000 different species of cacti which visitors can see. There are well-paved walkways and enthusiastic volunteers to guide your tour across the garden. 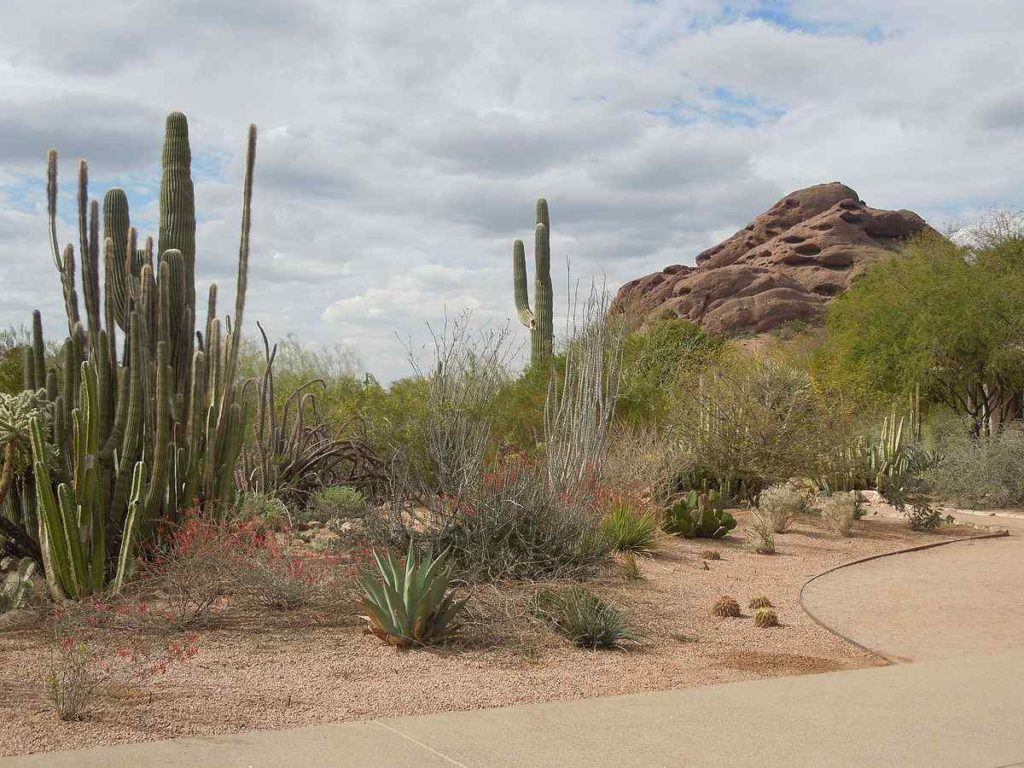 11. The Garden of Cosmic Speculation, Scotland

One of the beautiful gardens in the world spread in 30-acre land was created by the by landscape architect and theorist Charles Jencks at his home, Portrack House, in Dumfriesshire, Scotland. The garden is inspired by modern cosmology with the theme of science and mathematics. The garden does not have abundant plants, however, it is equipped with mathematical formulae and scientific phenomena that combine with the natural features and artificial symmetry.

Also known as Yu Garden located in the Anren Jie, Shanghai. One of the beautiful gardens of China was finished in 1577 by a government officer of the Ming Dynasty (1368-1644) named as Pan Yunduan. It is simplified as Garden of Happiness is a beautiful garden situated beside the City God Temple in the northeast of the Old City of Shanghai at Huangpu Qu, Shanghai Shi. In the name of the garden, Yu means peace and satisfaction and it was specifically planned for Pan’s parents. It is popular among tourists as “city amid mountains and woods”. 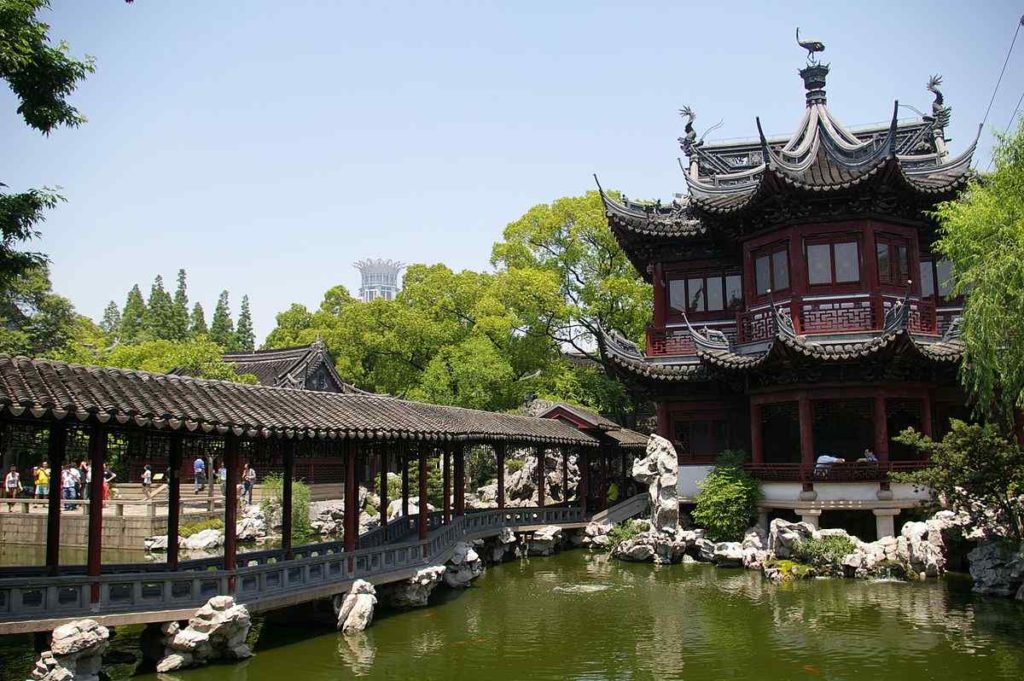 One of the unique and beautiful gardens in the world located in the city of Coral Gables, Miami-Dade County, Florida, United States has an amazing collection of rare tropical plants that includes palms, cycads, flowering trees, and vines. The garden is situated in the south and west by Matheson Hammock Park. The garden was opened to the public in the year 1938 and you can say the beautiful garden is a laboratory, a learning centre, and a conservation research facility that is primarily developed for preserving biodiversity. 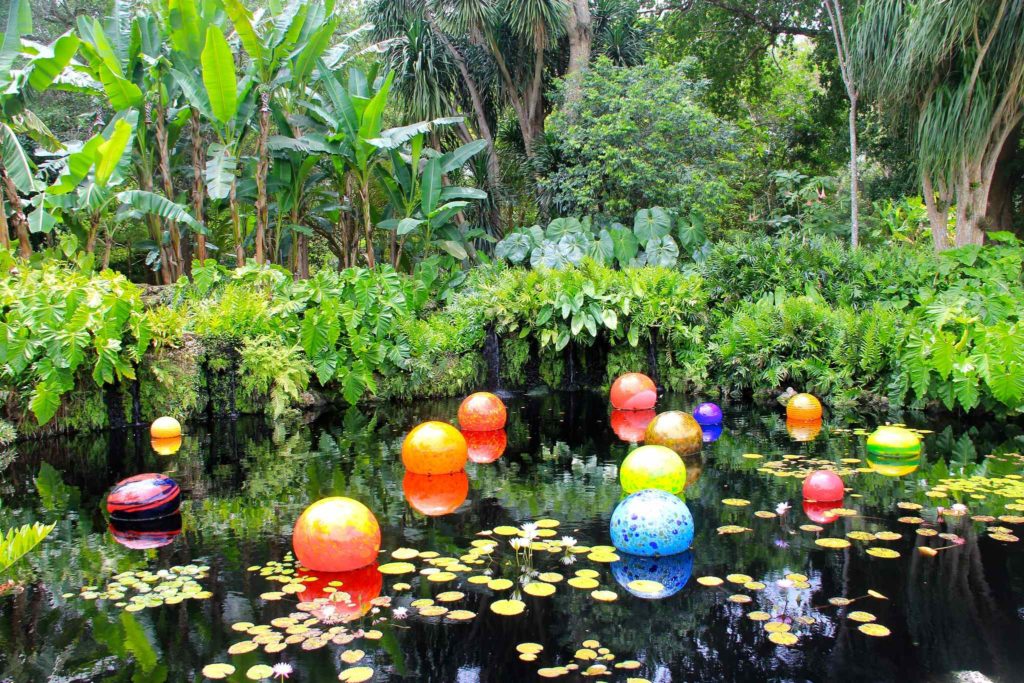 One of the top tourist attractions of Morocco is a botanical garden and artist’s landscape garden situated in the Marrakech, Morocco. The garden was created by Jacques Majorelle(French Orientalist artist) in a span of 40 years and he started it in 1923. The cubist villa of the garden was designed by the French architect, Paul Sinoir in the 1930s. It was used as a residence by the artist and his wife from 1923 until they get their divorce in the 1950s. However, in the 1980s, the property was purchased by the fashion designers, Yves Saint-Laurent and Pierre Berge who worked to restore it. 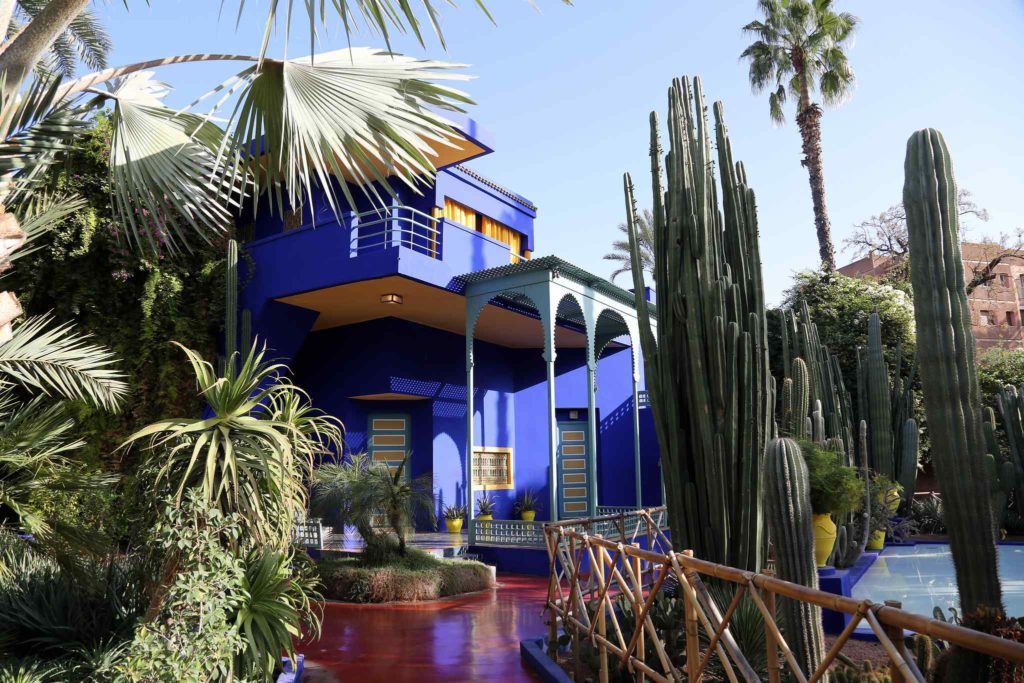 You may have thought that the garden behind your apartment is as good as gardens can get but these large and beautiful gardens redefine the boundaries of how far one can go to make one of the most beautiful gardens. The next time you are in the vicinity of one of these breathtaking gardens, do stop by to visit.

These are the beautiful gardens in the world. Do post your comments.