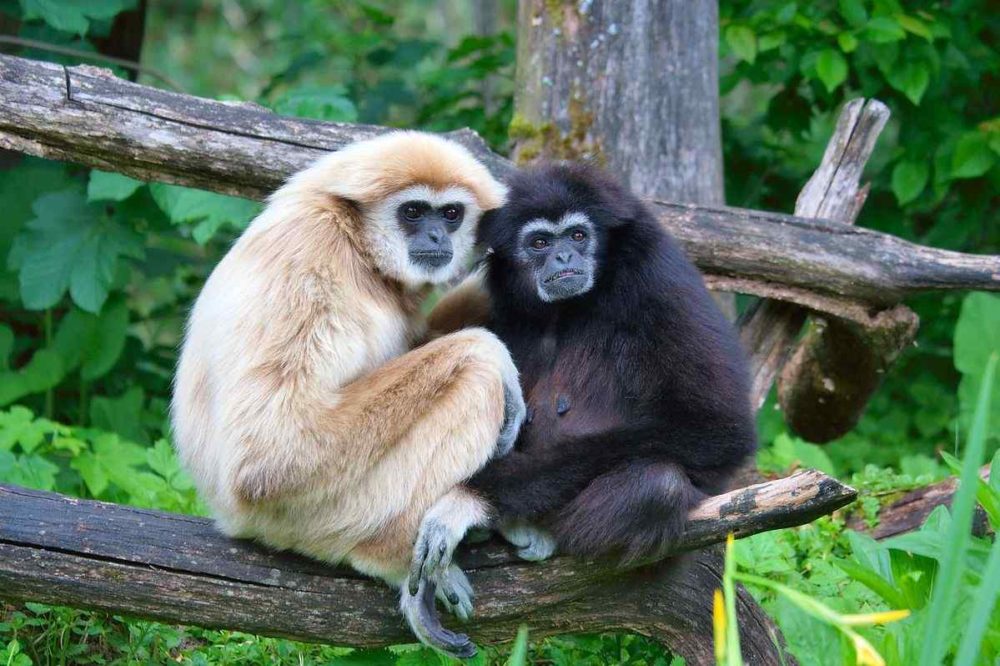 Animals That Mate For Life

Penguins are flightless birds mostly found in the Southern Hemisphere. Only one species of penguins -Galapagos penguins are found in the north of the equator. Penguins are mostly monogamous birds. However, some species of penguins like the Emperor Penguins mate as one couple for a season, but the next year they will probably mate with some other penguin due to the urgent need for breeding will avoid them to wait for the same couple of the previous year. Most penguins lay two eggs in a clutch while the larger species like the King and the Emperor Penguins lay only one egg. All the penguins share their incubation duties except for the Emperor Penguins in which males do the job of incubation.

One of the animals that mate for life, the Swans usually mate for life, although sometimes ‘divorce’ occurs, particularly following nesting failure, and if a mate dies, the remaining swan will take up with another. If a male swan loses his mate and finds a new, younger mate then she will join his territory. But if the female swan is older than the male swan then the male swan will join up on her territory. However, if a female swan loses her partner, then she would rather quickly find a new partner. The number of eggs in each clutch is about three to eight. Although the swans reach their sexual maturity at 4 to 7 years of age, they can form monogamous pair bonds as early as 20 months that last for many years, in some cases can even last for their entire life. They are highly protective of their nests. Whooper swan is one of the highest flying birds in the world.

The Beavers are large, nocturnal, semiaquatic rodents. Beaver’s family can consist of as many as ten members in addition to their monogamous pair. Beavers mate for life although if one of the partners dies, the other one will mate with other beaver. In addition to being monogamous, both the male and female take part in raising the offspring. When the young ones are born, they spend their first month in the lodge where their mother is their primary caretaker and the father takes care of their territory. The young ones are dependent on parents for food and for learning new skills. Beavers also practice alloparental care – in which the older siblings take care of the younger ones if the original parents die or are separated from them. It is one of the animals that mate for life.

Shingleback Skinks are heavily armoured found in western and southern Australia. They can be found in various colours ranging from dark brown to cream. They are mostly monogamous and are observed to mate with the same partner for about 20 years. The Shingleback Skinks lives alone for most of the year but get together with their partners during the breeding season in September to November. Soon after birth, the young immediately consume their afterbirth. They stay with their parents for several months before moving on, but they remain in close proximity, forming a colony of closely related skinks. The male of monogamous pair eats less during parenting, remaining alert and ready to give an alarm.

Gibbons live in the tropical forests from eastern Bangladesh and northeast India to southern China and Indonesia. Gibbons are apes. Though they resemble monkeys, they are apes and hence tailless. Gibbons often mate for life, but sometimes they even get divorced. In most species, males and sometimes even females sing solos to attract males and advertise their territory. The song can be used to identify not only which species of gibbon is singing, but also the area from which it is coming. Gibbons reach sexual maturity at the age of 6-8 years. Females give birth to one baby at a time. The mating pairs produce an average of 5 to 6 offspring during their reproductive lifetime.

One of the animals that mate for life, The grey wolves are generally monogamous, with mated pairs usually remaining together for life. If the one from the mated pair dies, a new pair is quickly re-established. Gray wolves also practice alloparental care, in which a wolf pair can adopt others’ pups. In addition to heterosexual behaviour, homosexual behavior is also observed in wolves. Females are capable of producing pups every year, with average one litter annually. The pups are born blind and deaf and are covered in short-soft grayish-brown colour. They weigh 300-500 grams during birth and are able to see after 9-12 days. Pups leave the den after 3 weeks.

The French Angel fishes are large monogamous creatures found in the western Atlantic from New York and the Bahamas to Brazil, Gulf of Mexico and the Caribbean including the Antilles, Roatan. They are found at the depths of 2-100 metres. Their length is up to 41 centimetres. The spawning pairs are highly territorial and usually both partners defend vigorously their territory against neighbouring pairs. During the day, these fishes are out and about while at night, they seek shelter.

The Albatrosses mate for life and if one of the mates dies, the surviving bird may search for a new mate. Albatrosses can live up to 50 years. But now they are threatened due to longline fishing. They spend their time on the ground only to breed, typically in large colonies on remote islands. Mating pairs produce just one egg at a time and take care of it turn by turn. Young albatrosses learn to fly at from 3-10 months, depending on the species. It is one of the animals that mate for life.

One of the animals that mate for life, the Bald Eagle is a prey bird found in North America. It is thought that bald eagles mate for life. However, if one mate dies, the survivor will find a new mate. They become sexually mature at the age of 4-5. When they are ready for breeding, they return to the place of their birth. A pair which has repeatedly failed in breeding will start searching for a new mate. Bald eagles typically lay 2-3 eggs, which are incubated for 35 days.

Barn Owls are nocturnal birds, but in Britain and some Pacific islands, it also hunts during the day. Barn owls are monogamous, sticking to their partner for life until one of the pair dies. Females are ready to breed at 10-11 months of age while the males wait until the following year. After the pair forms, the male keeps the female supplied with food beginning about a month before she starts laying eggs.

These are the 10 animals that mate for life. Do post your comments.