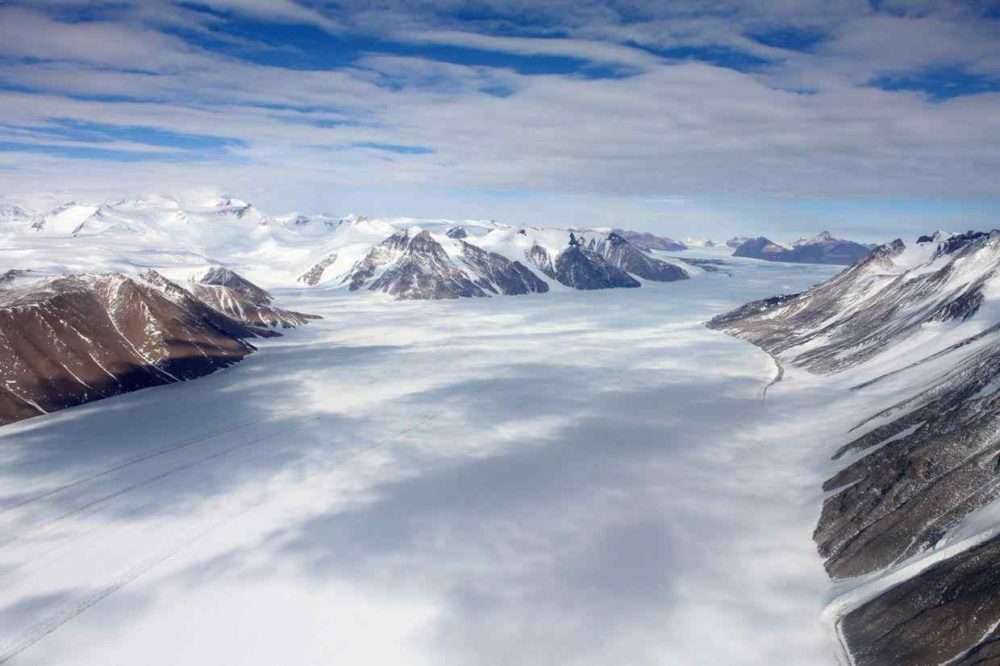 Tens of thousands of years ago, a giant ice sheet in the Antarctic melted, resulting in upward movement of sea levels up to 30 feet around the world. A new Research suggests that such a collapse could happen again as the world’s temperature is continuously increasing due to man-made global warming and it would cause seas to rise dramatically, which in turn would lead to a global flood. 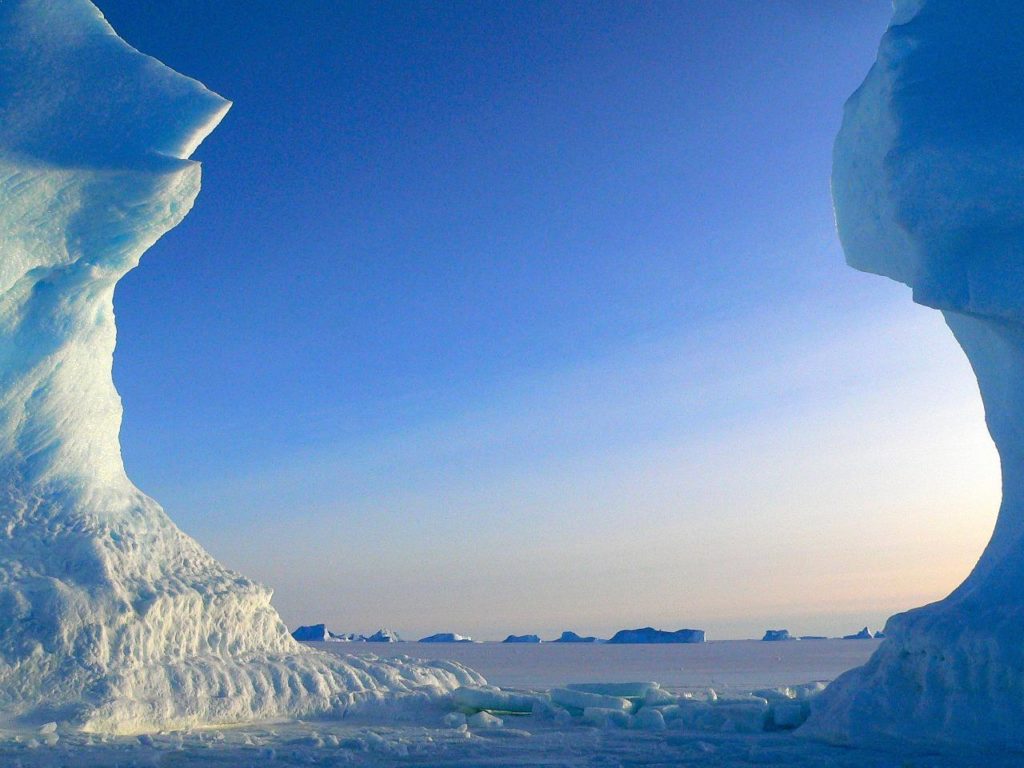 During the period between ice ages, temperatures were called the Eemian and were barely higher than in today’s greenhouse-warmed world. Earth was awash during that period. Also, past records show that sea levels were 6 to 9 meters higher than they are today; drowning huge swaths of what is now dry land.

There is growing evidence that there has been a 75% increase in Antarctic ice mass loss in ten years i.e. 1996–2006, with glacier acceleration a primary cause. As of November 2012, the total mass loss from the West Antarctic Ice Sheet is estimated at 118 ± 9 Gt/y mainly from the Amundsen Sea coast. Satellite measurements by ESA’s CryoSat-2 revealed that the West Antarctic Ice Sheet (WAIS) is losing more than 150 cubic kilometres (36 cubic miles) of ice each year. The loss is especially pronounced at grounding lines, the area where the floating ice shelf meets the part resting on bedrock, and hence affects the ice shelf stability and flow rates. If the entire West Antarctic Ice Sheet were to melt, this would contribute 4.8 m (16 ft) to global sea level.

Researchers led by geologist Anders Carlson of Oregon State University Cornavallis said, “The ice sheet disappeared about 125,000 years ago under climate conditions that were similar to today. We had an absence of evidence. I think we have evidence of absence now,” he added.

Also, The Jeremy Shakun, a paleoclimatologist at Boston College told Science magazine that “If future research confirms this finding, “the West Antarctic ice sheet might not need a huge nudge to budge,”. That, in turn, suggests “the big uptick in mass loss observed there in the past decade or two is perhaps the start of that process rather than a short-term blip.”
Global ocean waters may have risen as fast as 8 feet per century, a blink of an eye in climatological terms. For further research, Carlson’s team examined several marine sediment cores taken offshore of Antarctica. (The cores are long cylinders of mud and silt that give clues about past changes in Earth’s climate.) Indeed, climate change 125,000 years ago was a natural phenomenon, but today it is a consequence of human efforts. Nathaelle Bouttes at the National Centre for Atmospheric Science in the U.K. told Smithsonian magazine, that a slight change in Earth’s orbit and spin axis created warmer temperatures in the Northern Hemisphere, which caused climate changes around the world. A study released in June 2018 highlights that Global warming has caused over 3 trillion tons of ice to melt from Antarctica in the past quarter-century and tripled ice loss there in the past decade. The total is equivalent to more than 2 quadrillion gallons of water added to the world’s oceans, making Antarctica’s melting ice sheets one of the largest contributors to rising sea levels. This amount of water is enough to fill more than a billion swimming pools and cover Texas to a depth of nearly 13 feet.

As a whole, scientists believe that the melting ice in Antarctica is responsible for raising about one-third of all sea-levels around the world.

To conclude, Global warming is a man-made thing that is primarily caused by human activities like high emission of so-called greenhouse gases (CO2) when we burn fossil fuels such as coal, natural gas or oil. we have various reports on global warming that suggests us to make a contribution on an individual basis by reducing our carbon footprint by making some changes in our lifestyle. Mankind is negatively dealing with nature and this can lead to disastrous effects on planet Earth. We all need to make harmony with planet Earth and ourselves.