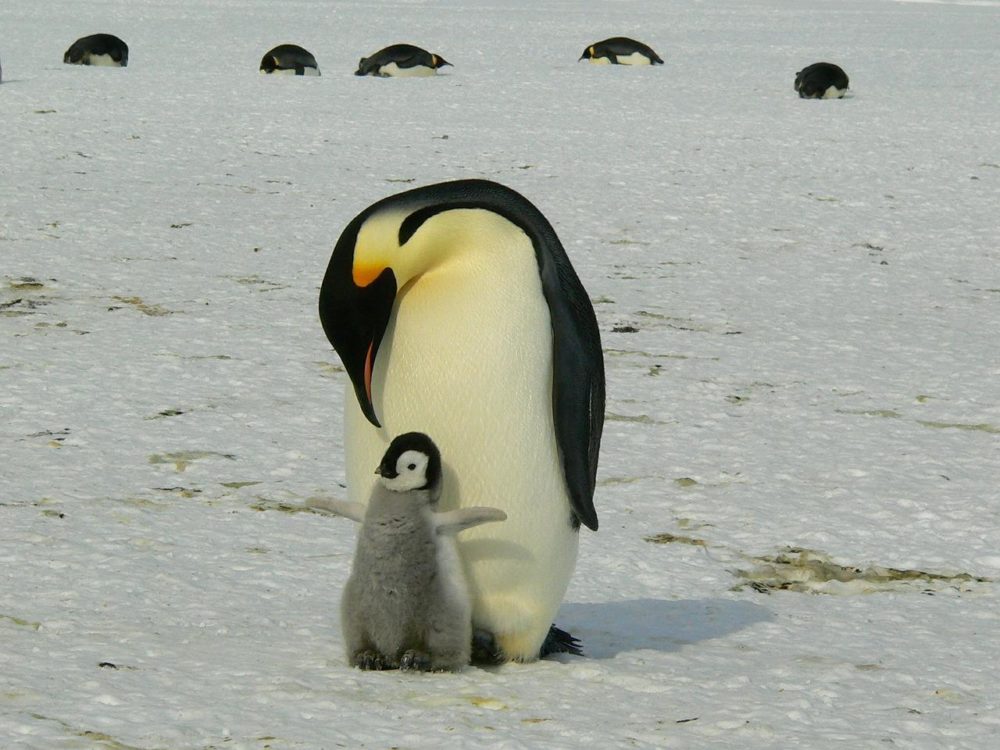 Nature is versatile in its own way and has given us numerous kind of animals that are scattered all around the world. All these creatures are very well adapted to their environment. We have considered many aspects to list down these 10 amazing animals in the world,

Polar bears are the largest land carnivorous animals in the world. They are native to the Arctic region and dependent on the fat of ice seals for their food. It is one of the most incredible marine animals and loves to spend their time on the Arctic sea. The fur of polar bears is thicker than other bears because of the climatic condition of the Arctic region. Also, fur covered their feet so that they can comfortably walk on ice. Polar bears have blubber inside their fur which provides them buoyancy and insulation. Polar bears used to travel a long way in search of their food. As per data from the World Conservation Union (IUCN), there are around 20 to 25 thousand seals in the world.

The population of polar bears mostly seen in the Arctic region of Alaska, Canada, Greenland, Russia, and Norway. However, due to depleting ice Polar bears have to travel long distances in search of its prey which is directly or indirectly making them weak. If ice will continue to deplete at the same rate they will soon come in endangered species. It is one of the beautiful animals found in Arctic Region. Polar bear cub stays with the mother for at least 2 and a half years because they are slow breeders. The mating season of the Polar bear April and May where a female can give birth to approximately 1-3 cubs in November or December. The special care has been taken in the dens for at least three months. 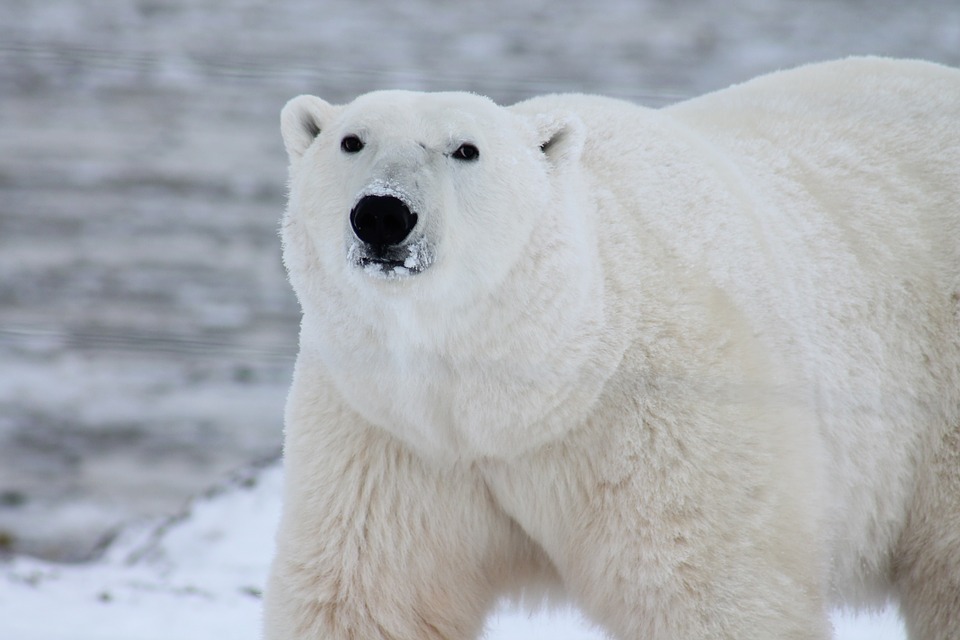 Camels are one of the oldest domesticated animals in the world. They are primarily used for transportation because they can easily carry 90 kilograms of weight while walking around 32 kilometers during an extreme condition of deserts. Camels are one of the most amazing animals because they can run as fast as horses. Also, they can spend a long time without food or water. Apart from transportation, Camels are also used for leather, milk, wool, and meat. Camel dung can be used for fuels.

Camel can live up to 40 percent weight loss and can drink approximately 142 gallons of water at one go. It is one of the most useful animals to human beings. The temperature of the camel body ranges from 34 mostly in the night to 41 degrees in the day. The species can run over at a speed of 40 miles per hour and when provoked they spit greenish substance from their stomach, sometimes they also kick their opponent in the action self-defense.

lso read: 12 Most Amazing Horns In The Animal Kingdom 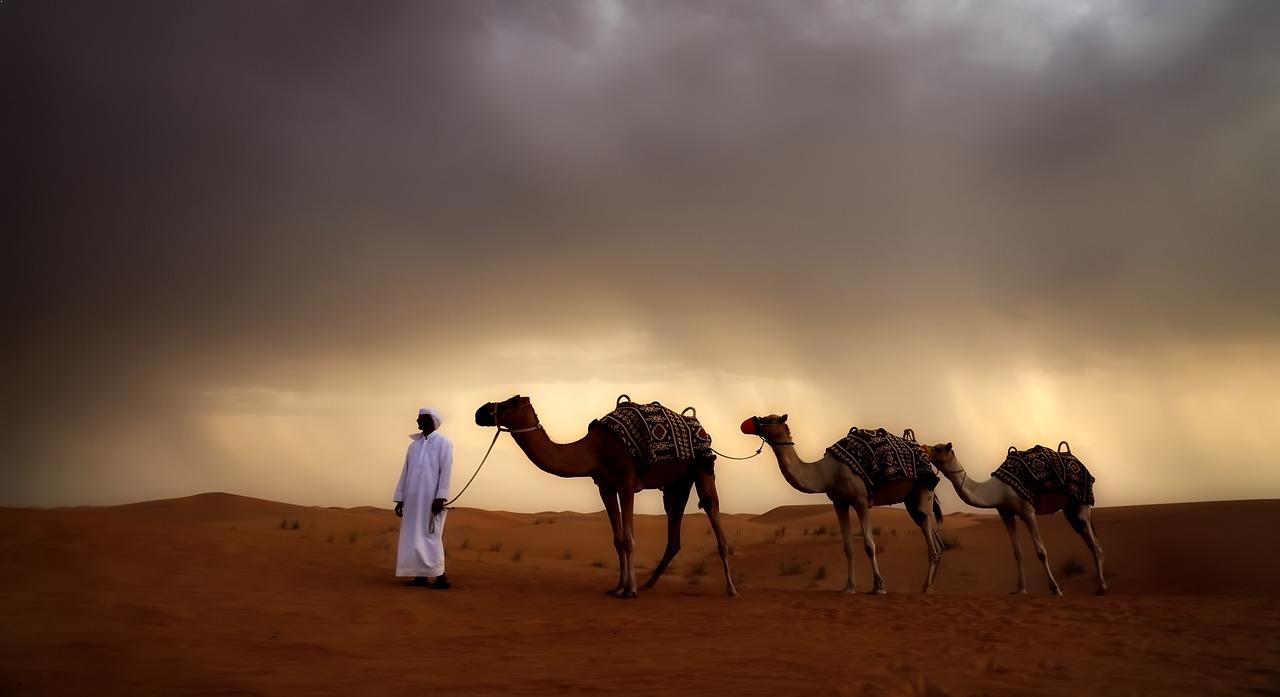 Wolf is the ancestors of domestic dogs. Gray wolf looks similar to German shepherds or malamutes. They are known for their amazing hunting and leadership skills. It is also known as the timber wolf or western wolf. Wolf’s love to eat large mammals including moose, elk, caribou, and deer. Wolves also come under scavengers category i.e they also eat animals that have died due to other factors. There were times when grey wolves are seen all around North America, however, now they are reduced to regions like Pacific Northwest, Alaska, Canada and northern Rockies.

It is one of the loudest animals in the world. The largest member of the Canidae family that includes domestic dogs, African hunting dogs with many types of foxes and several other types of jackals. The species run on their toes that help them to stop and turn quickly. The gestation is around 65 days. You will be surprised to know that Wolf pups are born both deaf and blind. 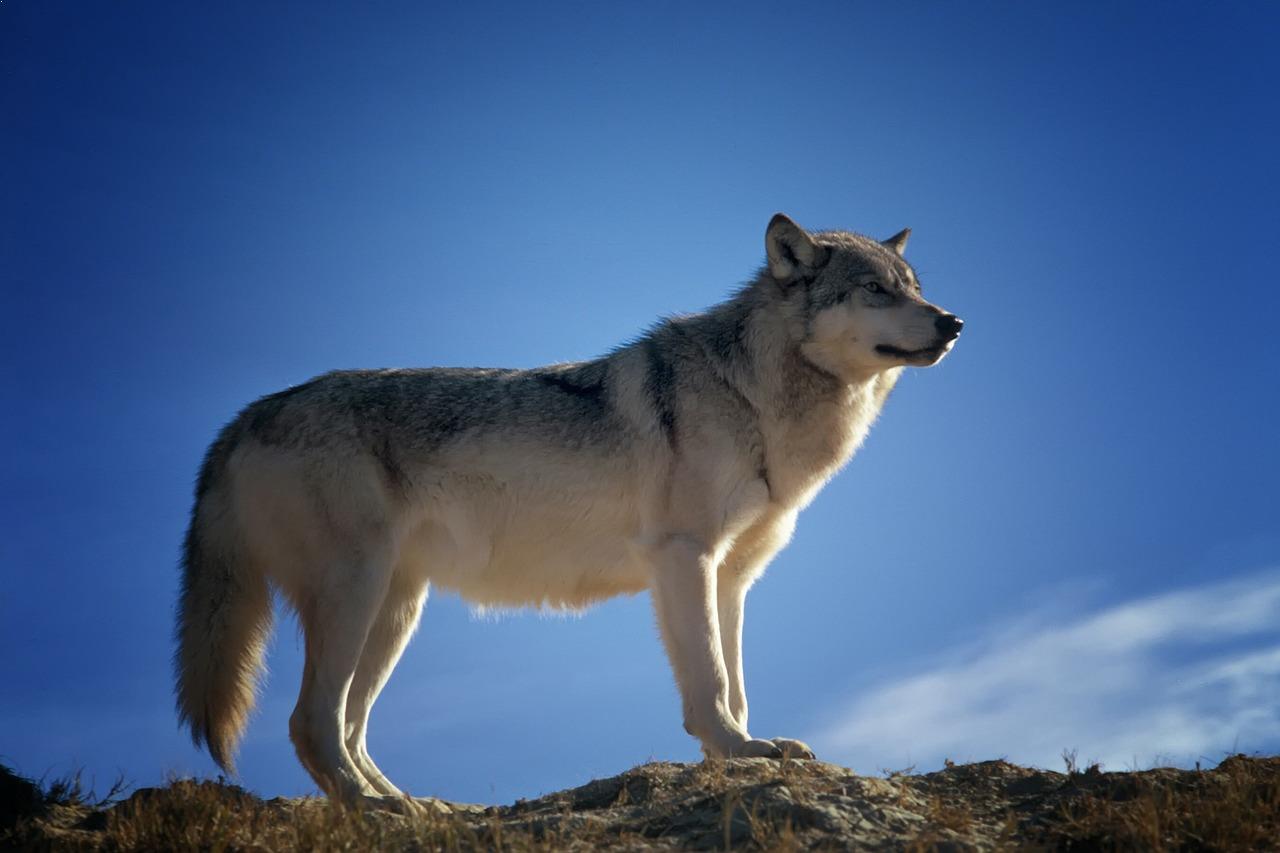 As per current data, they are about 595,000 emperor penguins and the population is also stable. They love to eat mainly fish in Antarctica. It is also one of the most beautiful Antarctic Animals. The species is specially trained to travel in an extreme habitat. The aerodynamic bodies end them to glide through the water with much speed and agility. They can dive over 565 m and can stay under for more than 20 minutes. The species is considered as near threatened, according to the IUCN red list, however, the range is large and have an average life span of 15-20 years in the wild. 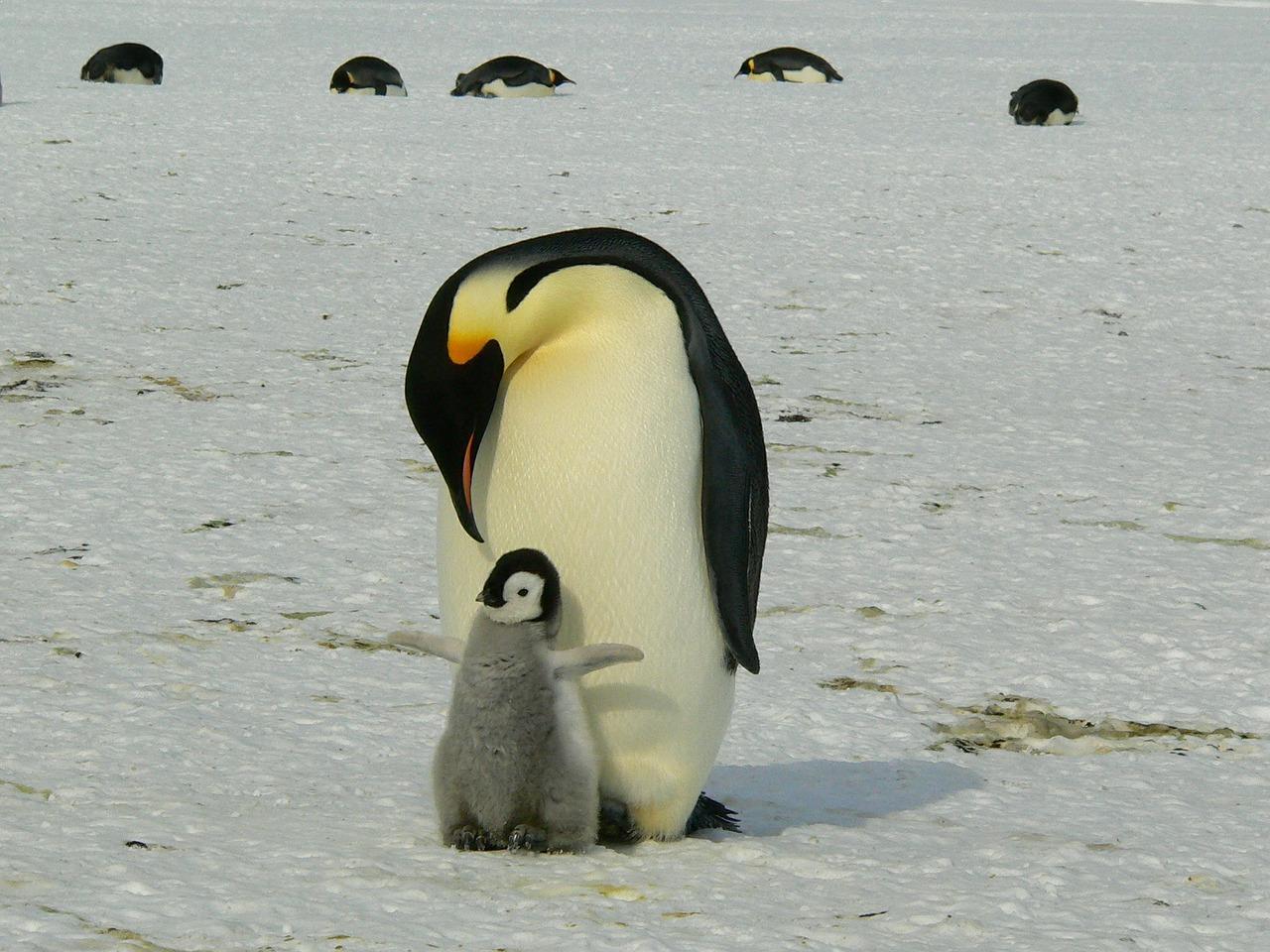 One of the world’s most amazing animals, Mountain Goat does not belong to the same genus of goats family instead they come under antelopes, gazelles, and cattle. Mountain goats are native to alpine and subalpine environments. At high altitudes mostly above 13,000 feet, they are the largest mammal in the world. One of the advantages of living at high altitudes is that they are protected from predators. Usually, in summer, they spent most of the time at high altitude. However, in winters they used to migrate at lower altitudes. 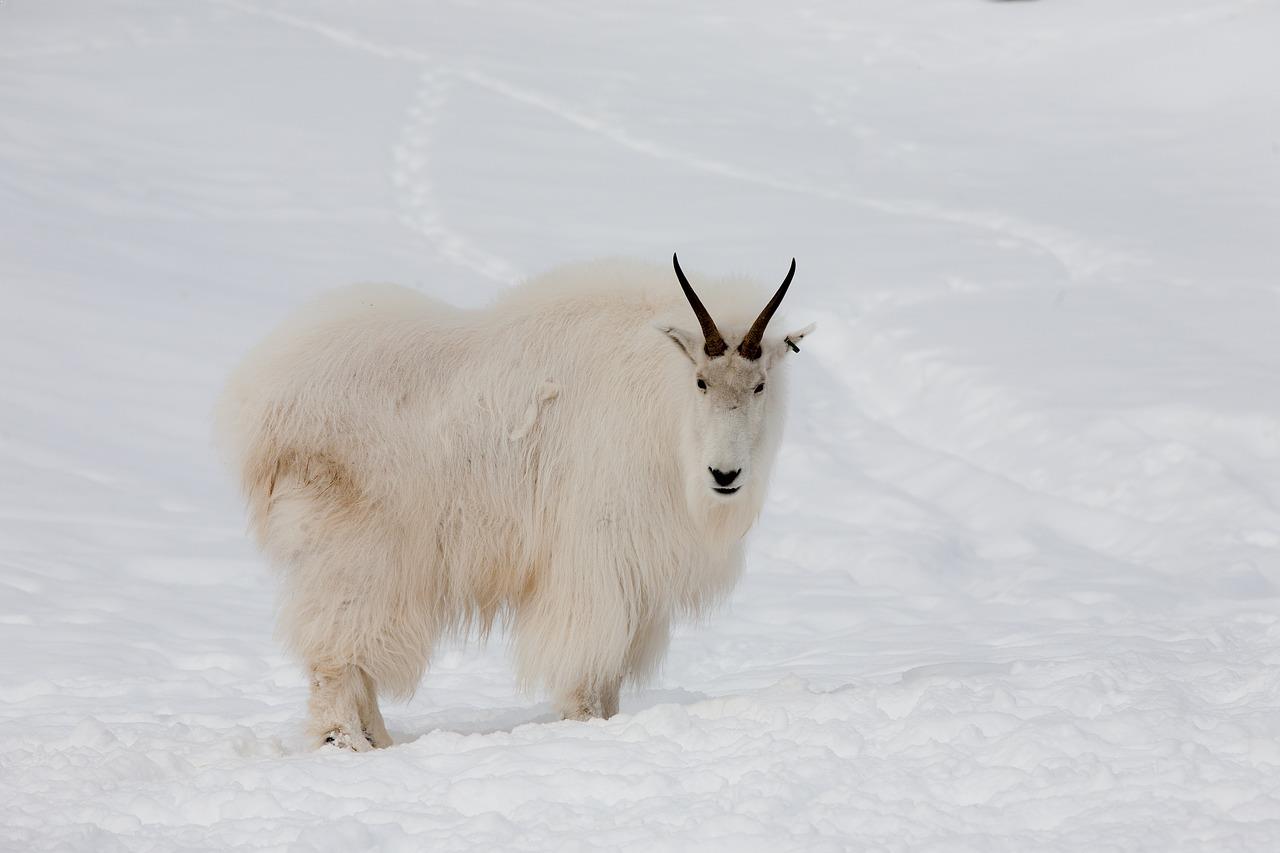 Dolphins are one of the most intelligent animals in the world. They are also one of the most curious and playful animals in the world. The unique feature of dolphins is that they used to rest one side of the brain at once. This will help them to protect them from predators and allows them to comes at the surface of the water for air. Dolphins use echolocation to find food and navigate.

They can even jump at 20 feet out of the water. They love to stay in groups and cooperate with each other to raise offsprings and to get food. Dolphins have 2 stomaches where one is used for storage of food where the other is used for digestion. One of the amazing divers can dive over 1,000 feet underwater. Currently, there are 40 species of dolphins where the majority of them spend their lives in saltwater, however, much of them survive in freshwater. The smallest dolphin can have a size of 3-4 feet long and the largest can be 30 feet. 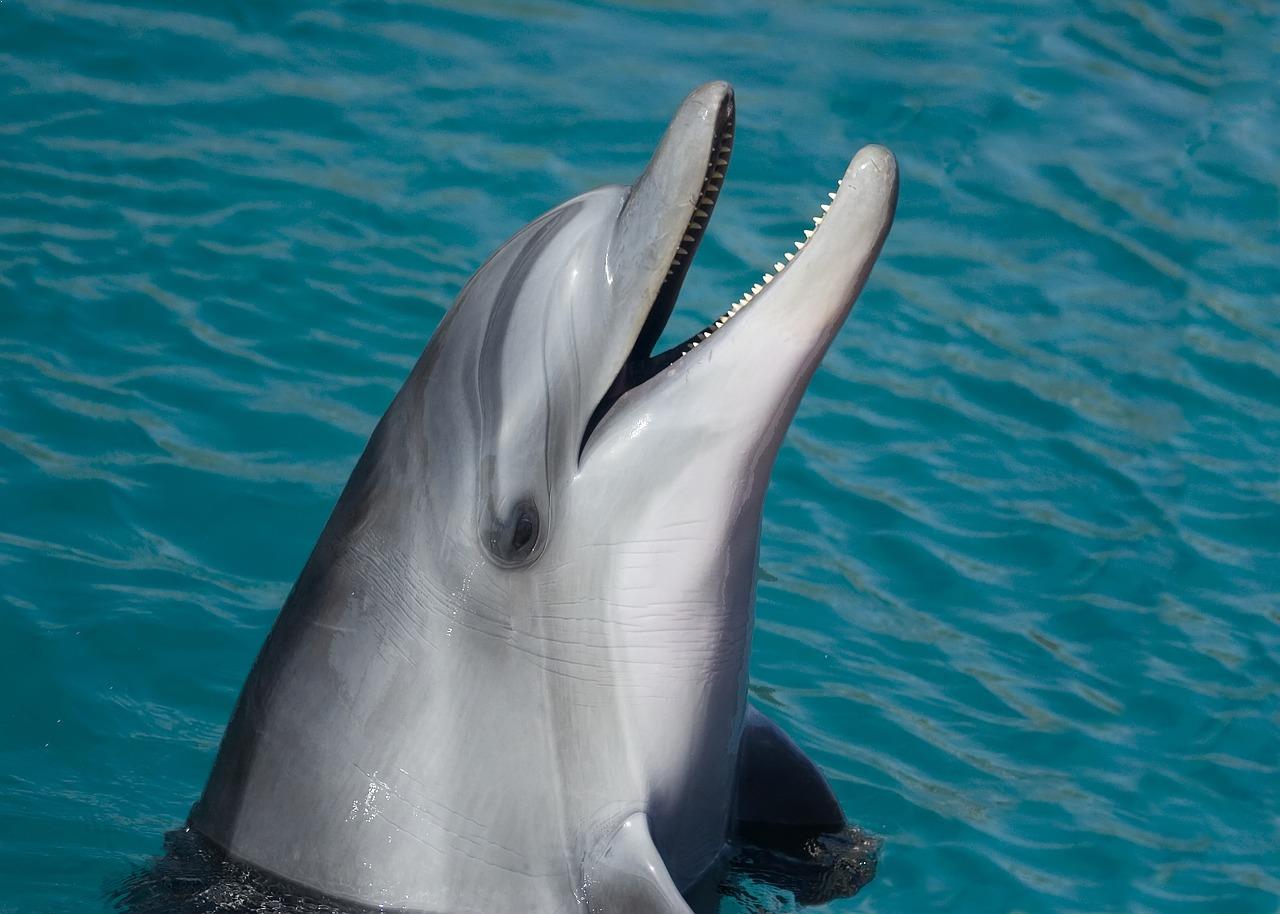 Leopard can be seen in many parts of the world including Sub-Saharan Africa, northeast Africa, Central Asia, India, and China. Leopards are big cats known for their golden and spotted bodies. They are also known for their hunting skills. It is also one of the strongest animals among big cats who are capable of climbing trees even when carrying its prey. Also, they love to rest on tree branches during the daytime. It will also help them to protect themselves from predators. Leopards can run at a speed of 58 Km/h and can leap up to 6m horizontally and 3m vertically.

This will make leopard one of the world’s most amazing animals. The Nocturnal animals are active during the night where they are in search of food and mostly spend their days resting preferably on the trees or hiding in the caves. The female’s leopards can give birth to any time of the year and usually give birth to 2 or 3 cubs at a time. Leopard mothers stay with the cub until he is 2 years old.

Belonging to the genus Panthera, a member of the family Felidae, leopards are one of the five extant species of the same genus. Mostly found in sub-Saharan Africa, in small parts of Western and Central Asia, on the Indian subcontinent to Southeast and East Asia, leopards have now been listed as one among the wild animals in the IUCN Red List as vulnerable species. The leopard has relatively short legs and a long body with a large skull when compared to the other big wild cats in the world. Its fur is marked with rosettes and almost looks like a jaguar.  But it is well distinguished from a jaguar by its smaller, lighter physique. Its rosettes are also generally smaller, more densely packed and are without central spots. 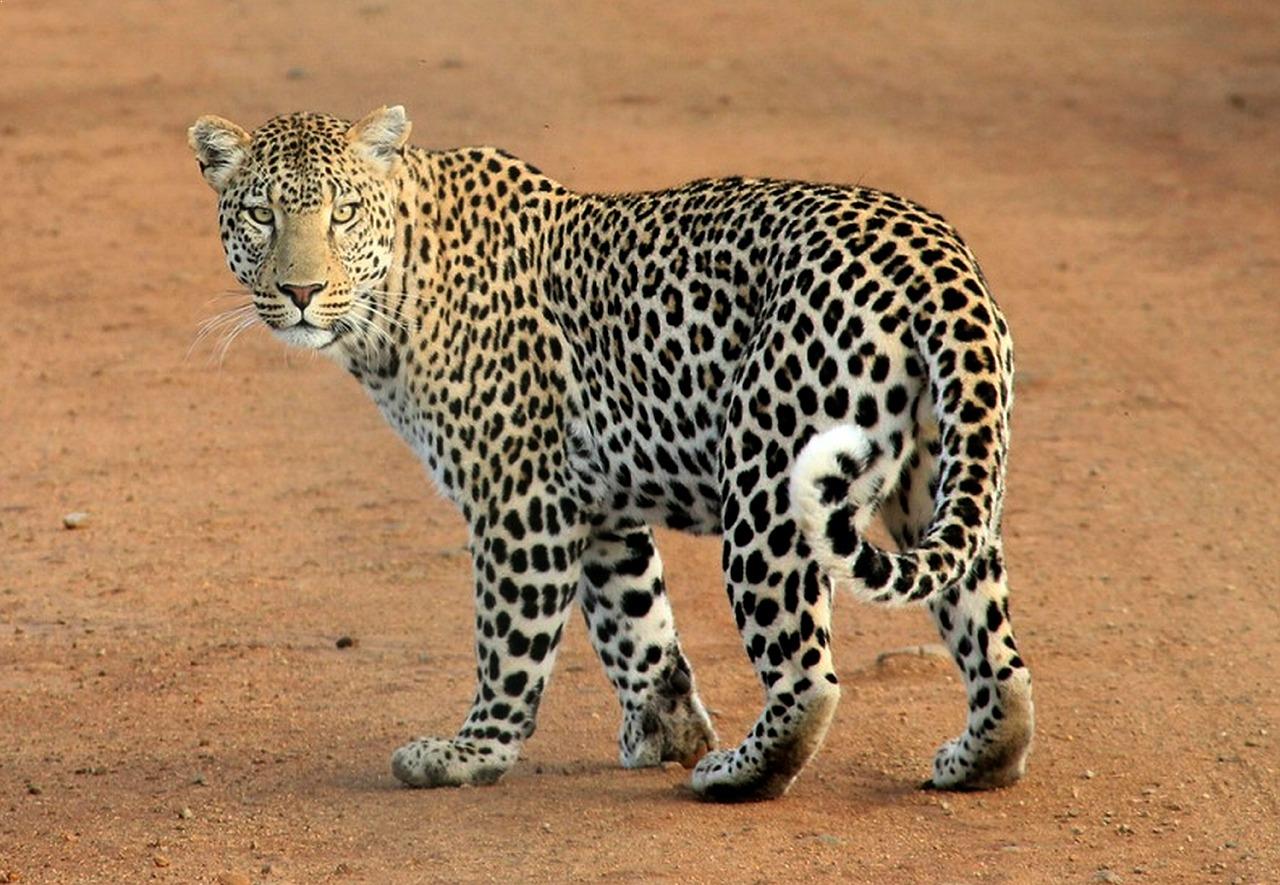 The tiger is the largest cat species and usually known for its pattern of dark vertical stripes on their reddish-orange fur scattered all around the body. Tigers are also one of the most powerful apex predators in the world that can even kill animals twice of their size. It is also nocturnal hunters and even travels a long way in search of its prey like buffalo, deer and wild boar. Only old and injured tigers have been known to attack humans. It is also one of the strongest animals in the world.

The biggest cats in the world can survive the climates of Asia and Russia that too from tropical rainforest, and savannas to the Siberian forests. The animal species are solitary animal and meet only during mating season. It will mark their territory with a mixture of the urine and liquid from a gland that has an intensive smell. It loves to ear large mammals such as wild boars and deer. The average lifespan of the animal species is around 10-15 years in the wild and around 20 in captivity. 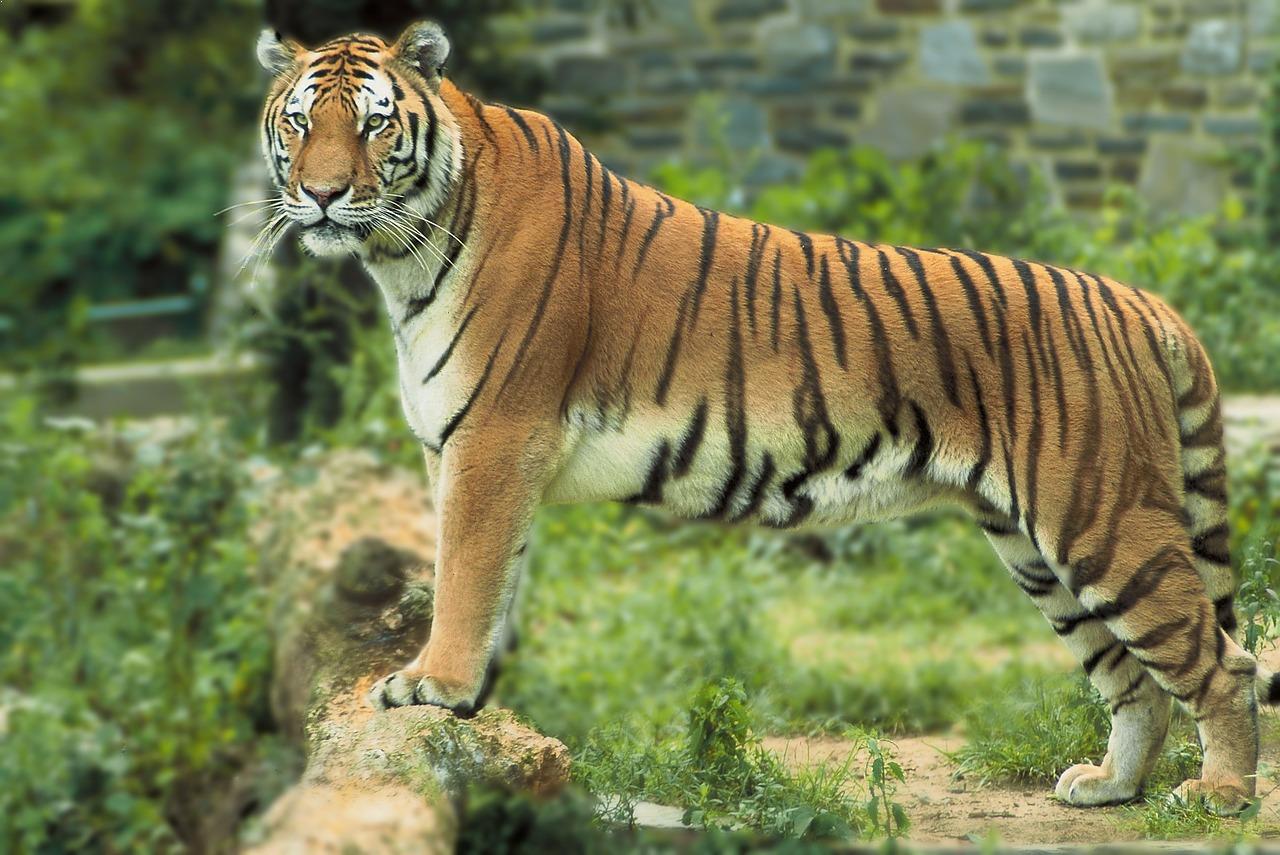 Known as one of the most dangerous animals in the world, Great White Shark is a species of large lamniform shark and can be seen mostly in all the oceans except Antarctica. It can be called by various names like white shark, white pointer, great white and white death. They love to live in cooler waters that have a temperature ranging from 54-75 degrees Fahrenheit. 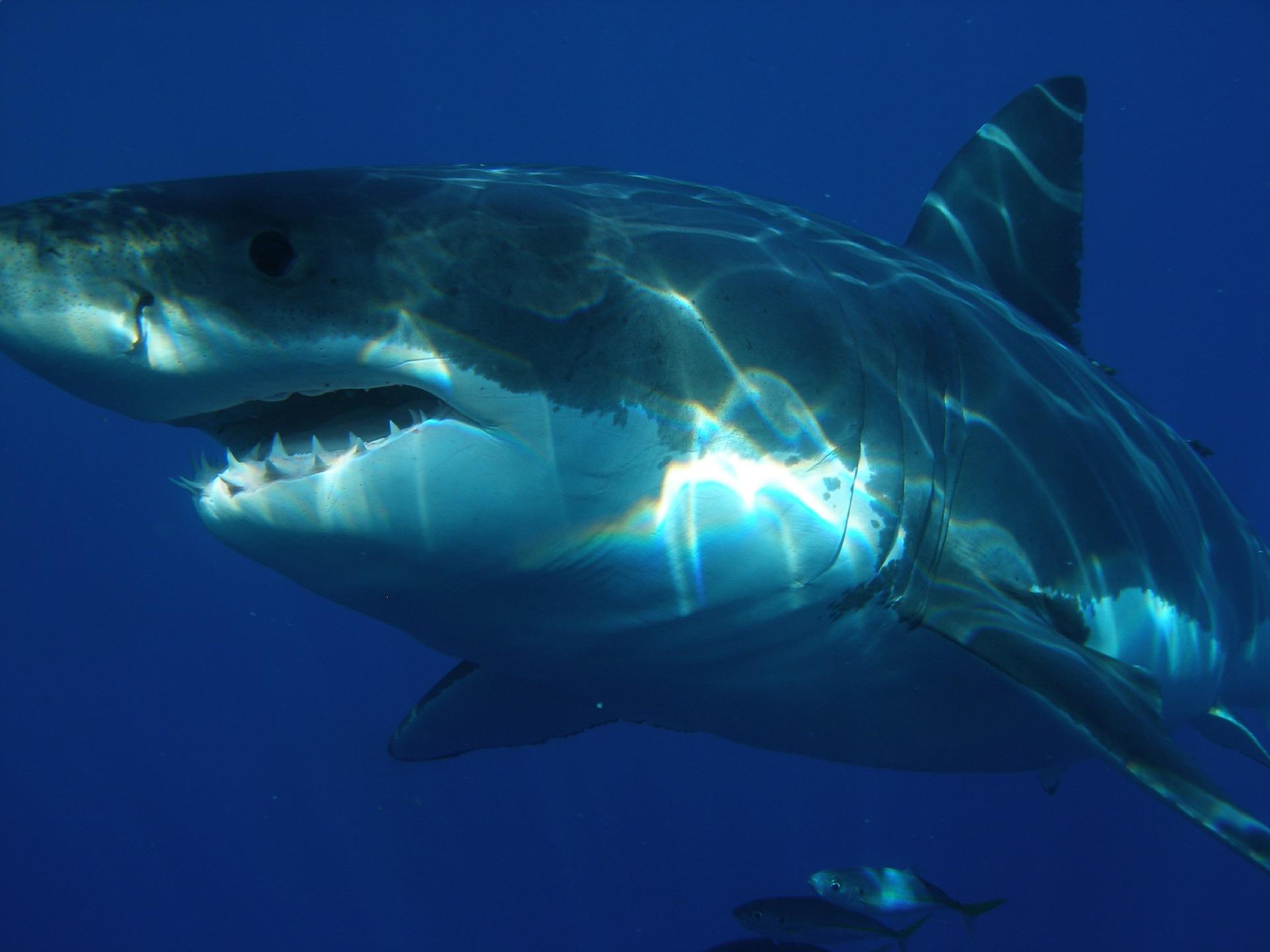 Chimpanzee is one of our closest relative sharing about 98% DNA. They are primarily native to Africa, However, most of them can also be seen in grassland and woodland areas of West and Central Africa. Their body is covered with long dark hair. One of the most social animals loves to live in large communities s of 150 members.

They are also one of the most endangered species. Commercial hunting and loss of habitat reduced their population from 2 million to 300,000. Chimpanzee is omnivorous that means they can eat both plants and animals. Chimpanzees are 6 to 7 times stronger than humans. Chimpanzee also used to organize games among their community when they are bored. It is one of the world’s most animals in the world.

The species give birth to a baby every 3-4 years and the bond between mother and the cub is very strong to 7 years. The baby chimpanzee has white tail tuft that disappears in time. Usually they use four limbs for walking, However, a chimpanzee can walk on two legs. Also, when they are bored and they gather to play various games to entertain themselves and their groups. 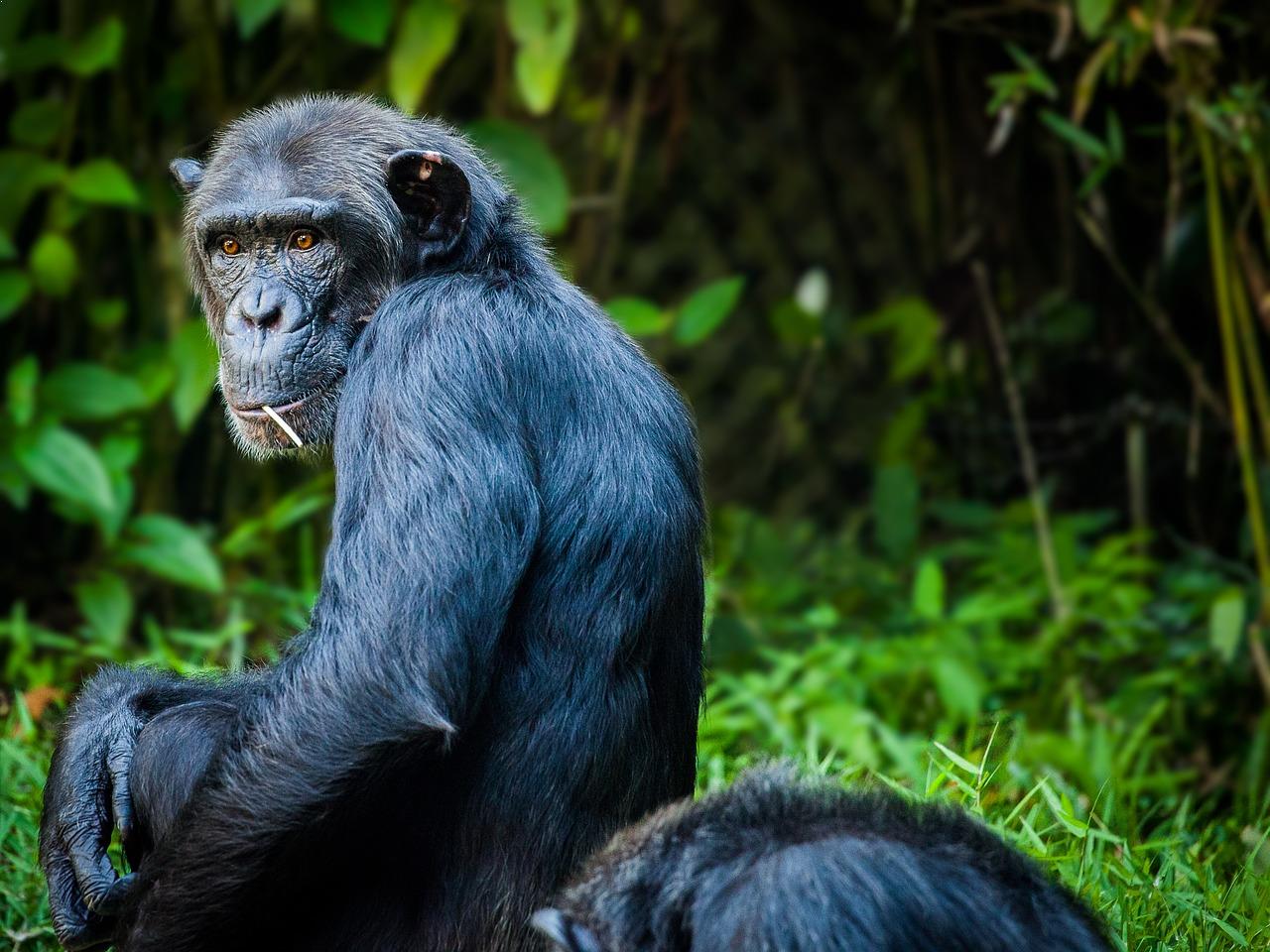 These are the world’s most amazing animals. Do post your comments