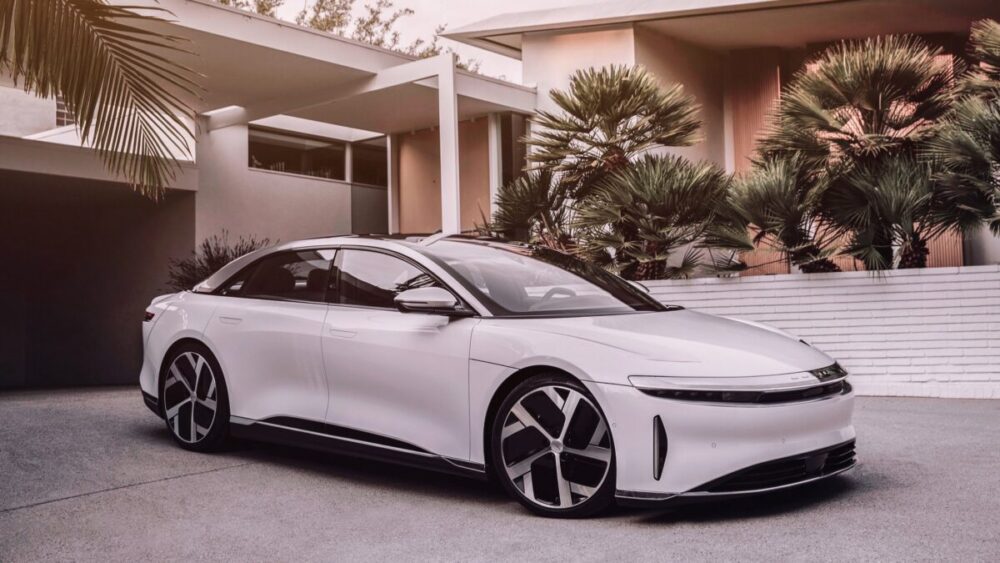 From the moment it was first announced, the Tesla Model 3 has earned a reputation as being the car that took electric vehicles mainstream. These days, Tesla is no longer the only car manufacturer on the electric vehicle market, with other popular names such as Volkswagen, Ford, Fiat, General Motors, and Jaguar Land Rover all bringing out electric vehicles of their own, to name a few.

If you have been on the roads recently, then you may have noticed that electric cars are certainly having a moment. Everybody seems to be driving one, characterized by the green stripe on the number plate. The popularity of electric cars doesn’t seem to be slowing down any time soon, with the rising price of fuel pushing many drivers to consider making the switch.

If you’re interested in electric cars and potentially owning one in the future, here’s everything you need to know.

How Do Electric Cars Work?

If you’re interested in an electric car, then you can either buy an EV or consider an EV lease. At the basic level, electric vehicles work in much the same way as traditional cars powered by petrol or diesel. They have a fuel source, a drive unit, and a gearbox that provides forwards and backward motion. They have a cabin for passengers and luggage compartments located above this. Electric vehicles are just a different type of car, and if you’ve driven an automatic vehicle before, you’ll get a familiar feeling when you’re behind the steering wheel.

There are some differences, however, including the lack of engine noise and faster initial acceleration. EVs also have a lower center of gravity compared to traditional petrol or diesel car. This is because the batteries have a huge weight, so they are fitted to the floor. Since the heavy battery is so low down, this allows for the excellent handling of the car.

How Different is Driving an EV?

The biggest difference between an electric car and a traditional, internal combustion engine car when driving on the road is the regenerative braking system of electric cars. This captures the kinetic energy that is generated by the car’s forward motion and feeds it into the battery when you lift off the accelerator. Thanks to the additional retardation that’s caused by this regen system, the brake pedal of the EV doesn’t need to be used as regularly.

While the brake pedal is there if you need it, you can control the car for the most part by either pressing on or easing off the accelerator alone. Lifting off the accelerator a little bit will cause the car to slow down gradually, while on the other hand, if you take your foot further or fully off the pedal the car will slow down much faster, and your brake lights will illuminate. You only really need to use the brake pedal in an emergency or for when you are coming to a complete standstill.

Why Choose an Electric Car? 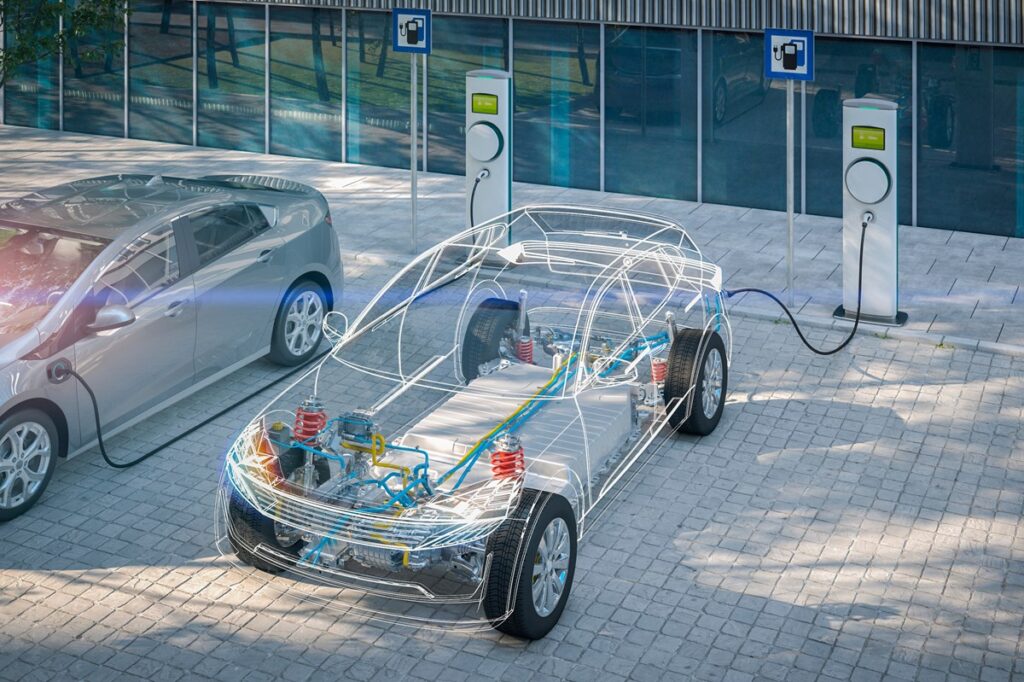 There are lots of reasons to consider driving an electric car rather than a traditional car with an internal combustion engine. The most obvious benefit for many drivers is the lack of localised emissions. This is because while electric cars don’t have an exhaust, so won’t contribute to smog and pollution in the city like diesel or petrol cars do, there is still some pollution caused during the construction process, and in some cases, the production of the electricity that it runs on.

Along with this, another advantage of an electric car is that there’s less maintenance to be done. There’s no need to buy and replace the engine oil, and thanks to the regenerative braking, there’s less of a need to replace the brake pads and discs regularly compared to a traditional internal combustion engine car. They have automatic gearboxes, are quiet and easy to drive, and charging up the battery with electricity is much cheaper compared to using diesel or petrol to drive a similar distance.

You can even reduce your car journey costs to nothing at all if you charge your EV at home and use solar panels. Along with this, EV parking is often cheaper, or even completely free of charge compared to parking a traditional petrol or diesel car, including in some London boroughs, to encourage more EV adoption. There is no road tax to pay, and electric cars are exempt from the London Congestion Charge and low emissions zones tolls. You can even consider leasing your electric car if you feel this would be a better decision financially, which you can learn more about through this link.

What About Hybrid Cars?

Hybrids are available in several different configurations. There are regular hybrids using both a petrol engine and a small electric motor, which cannot be plugged in to charge the battery. Instead, the car’s battery pack is charged using brake regeneration, and the battery power can only be used solely for powering the engine for shorter periods of time.

On the other hand, plug-in hybrid vehicles are becoming more and more common, and offer the best of both worlds from both full electric and an internal combustion engine. They run like a regular hybrid, topping up the battery power when braking, but you can also plug them in to public EV chargers. They can typically drive for longer distances without using the internal combustion engine.

Lifestyle Changes When You Get an EV 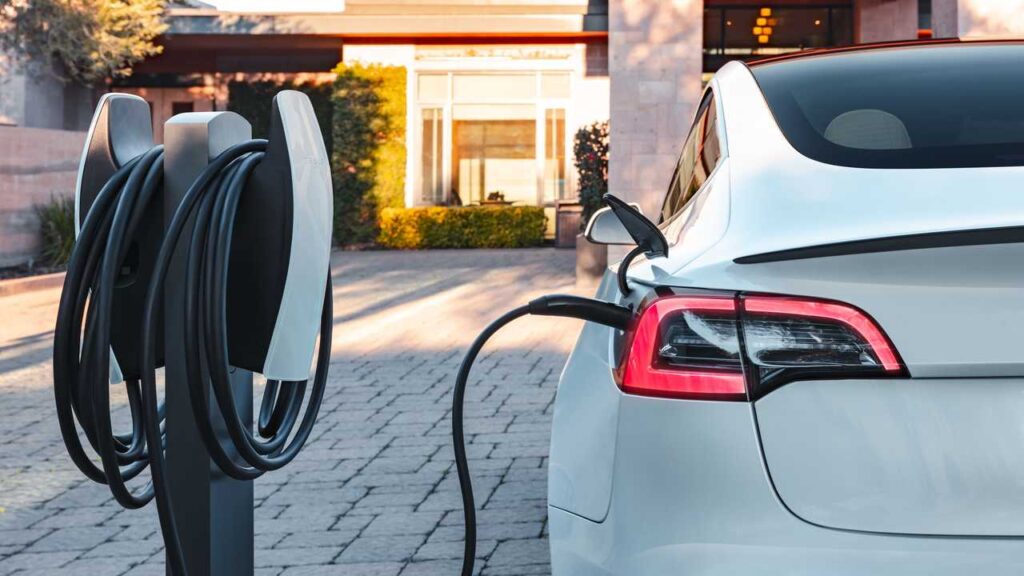 Driving an electric vehicle will often require you to make some lifestyle changes. As there are public chargers that are owned and operated by several different companies, you will need to become a member and often get a membership card to access the chargers that you think you will need to use. Along with this, you will also need to work out how far your electric car can travel on a full charge, and how various factors such as the weather and temperature can have an impact on this.

Like any lithium battery, the EV’s battery will be less efficient when the temperature falls, and the car will lose charge faster in the winter months compared to in the summer. While EV manufacturers will all provide a range for their models, this can vary. And, since you won’t usually find as many EV chargers as you will petrol stations, there’s also the need to do more planning for unfamiliar journeys before setting off. Thankfully, there are public maps available to help you find public EV chargers, and you can also download apps to help you get to the nearest charger no matter where you are.

Charging Your EV At Home

For many people, owning an EV is easier if you have off-street parking at home and the space to install your own charger. Getting an EV charger is one of the more expensive aspects of owning an electric car, but it can be worth it for the convenience and peace of mind that comes with knowing that you can easily charge your car at home. You can also access government grants to help with the cost of having an EV charging port at home, and in the future, new build houses are set to be built with an EV charger in as standard.

If you’re getting a growing interest in electric cars after seeing more of them on the road, it’s worth finding out more about how they work and how your lifestyle might change with one is worth it.