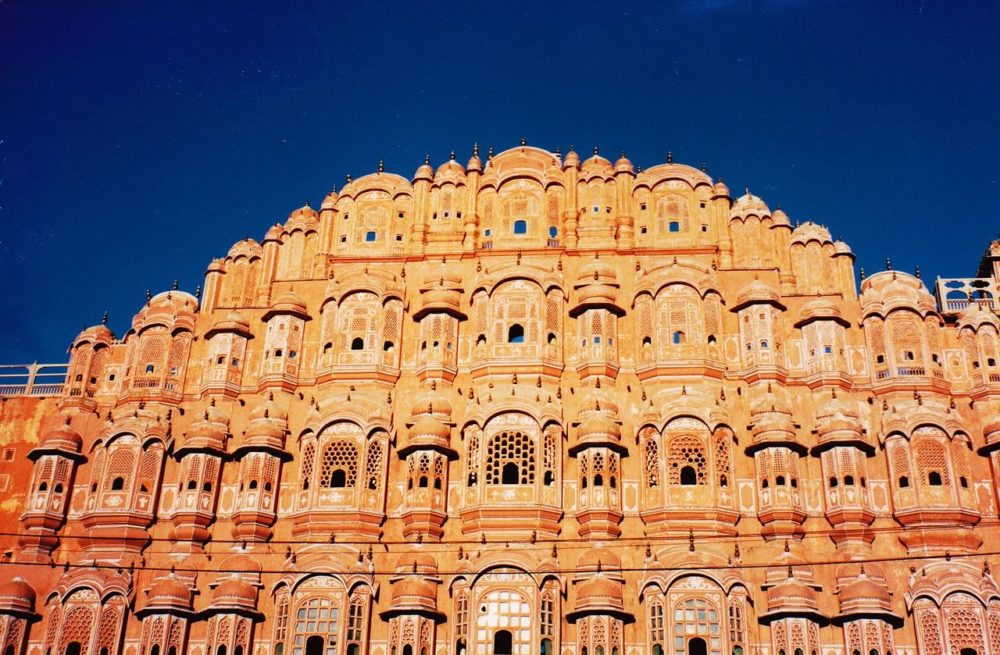 Rajasthan, the land of Kings and Rajputs. This massive state lies on the north-western side of India, neighbored by the Indian state of Gujarat, Madhya Pradesh, Haryana, Punjab& by Pakistan.The state has a beautiful mixture of landforms with Desert, Rivers, Mountain ranges, Caves and Hills. The Land of Rajasthan contains a large part of The Great Indian Desert, popularly known as the Thar Desert. It is also the home of many endangered species like Asiatic Wild Cat, Chinkara, Blackbuck etc, which are protected by the Rajasthan government.

Rajasthan has a rich historical heritage of Royalty and Wars. Mighty Rajput Kings like Maharana Pratap of Mewar, Prithviraj Chauhan and Raja Bhojhave ruled over this land and protected it from foreign invasion, especially from Mughals and Other Muslim rulers like AlauddinKhilji and Ibrahim Lodhi. Folk songs and folk dances of Rajasthan are one of the main tourist attraction of this place and also it is a hub for many religious pilgrimages.

So “Ghani Khamma”, Welcome to our this list of Top 10 places to Visit in Rajasthan, The Land Of Kings.

Places to Visit in Rajasthan

The mightiest and the largest Indian fort was built by Rathore King Rao Jodha, who was also the founder of Blue City, Jodhpur. Mehrangarh Fort is a citadel with various tourist attraction in itself such as Chamunda Devi Temple, Desert Rock Park, MehrangarhMuseum, DaulatKhana, Ancient paintings and sculptures. Folk Musicians and singers increase the beauty of this place. It is one of the best places to visit in Rajasthan. Also, read about coldest places in India. 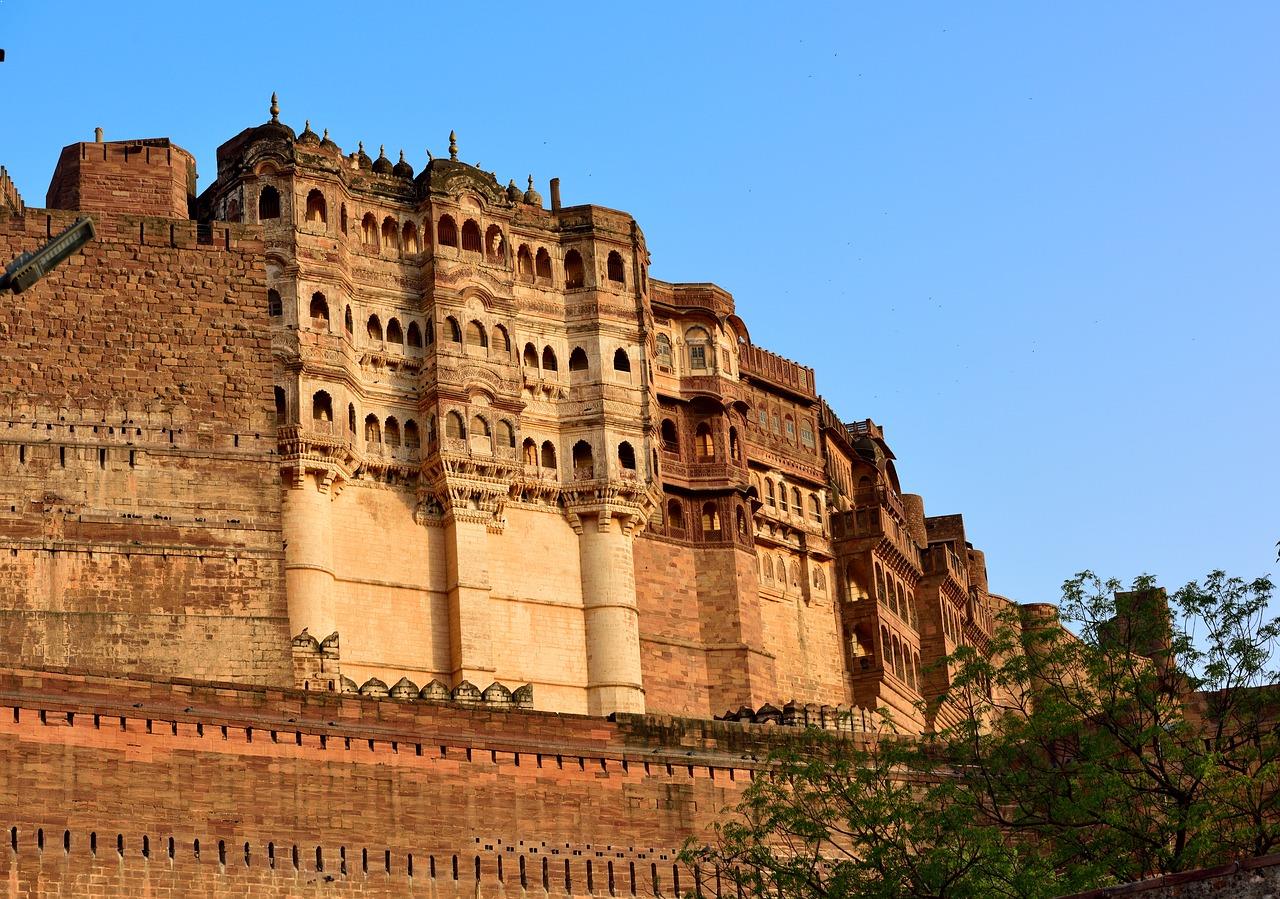 The holy town of Pushkar is a major spot of pilgrimage. It has many Hindu Temples like Brahma Temple, Varaha Temple and some prime Sikh Gurdwaras. Other than its holistic beauty, Pushkar is also famous for its annual fairs where many local cottage arts and cattle trade occurs. Camel is a locally popular animal, which is very useful to travel through the sandy deserts. Camel trade also occurs in these fairs. Pushkar has an old holy lake in the heart of the town known as the Pushkar lake. It’s believed to be a sacred lake for Hindus. 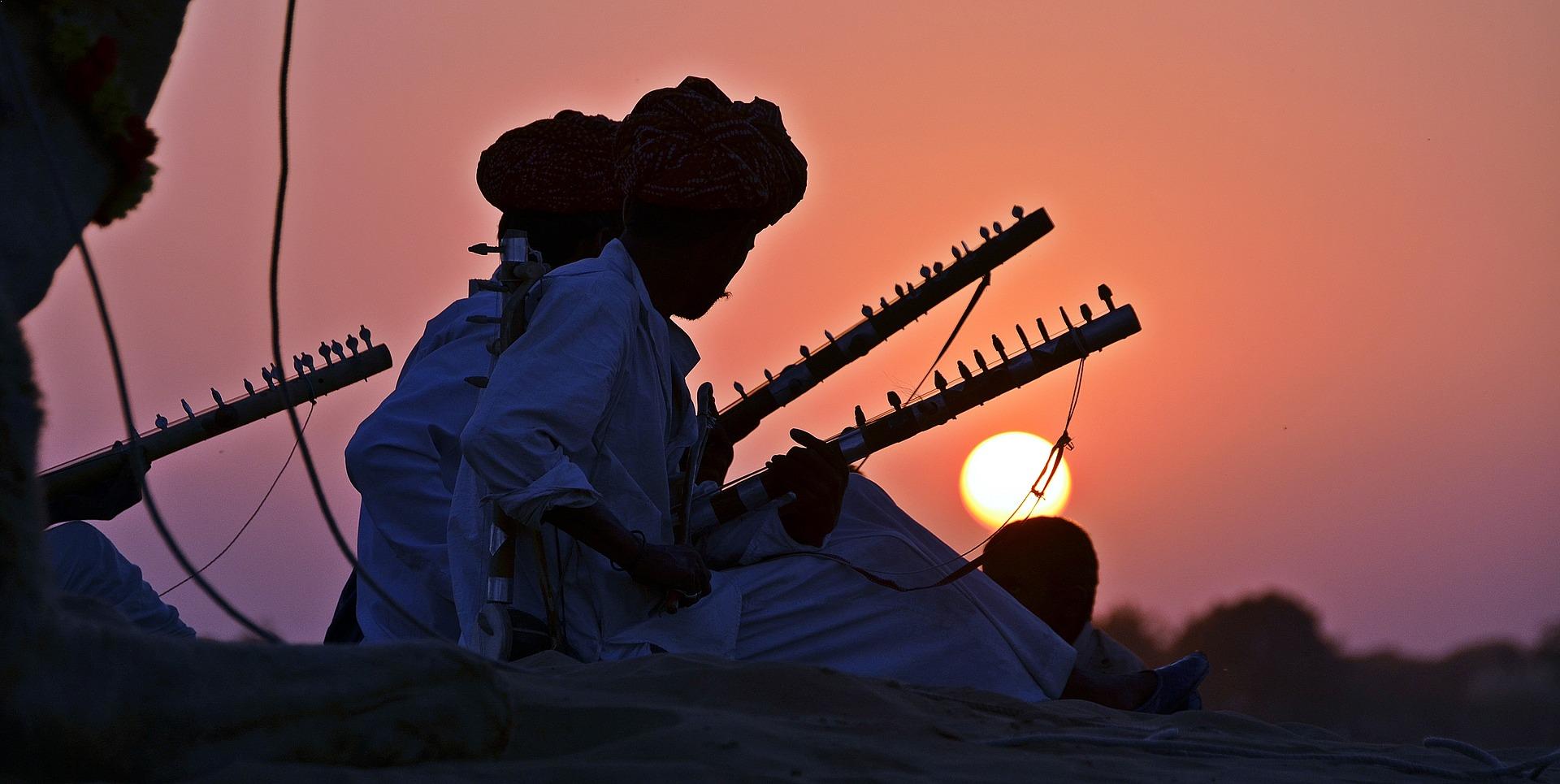 Mount Abu, a part of Aravalli mountain ranges is located in Sirohi district of Rajasthan. This hill station holds a plethora of breathtaking natural views and man-made architectures. It has a Wildlife sanctuary which conserves a wide variety of local flora and fauna residing in the Abu forest.

The divine view of Sunrise and Sunset can be seen clearly from two distinct points on the mount. Mount Abu contains a large number of Hindu and Jain temples likeDilwara Jain Temple, Devi Temple, Dattatreya Temple on the tip of the mount. It has many more places to visit Nakki Lake, Achalgarh fort and the list goes on. 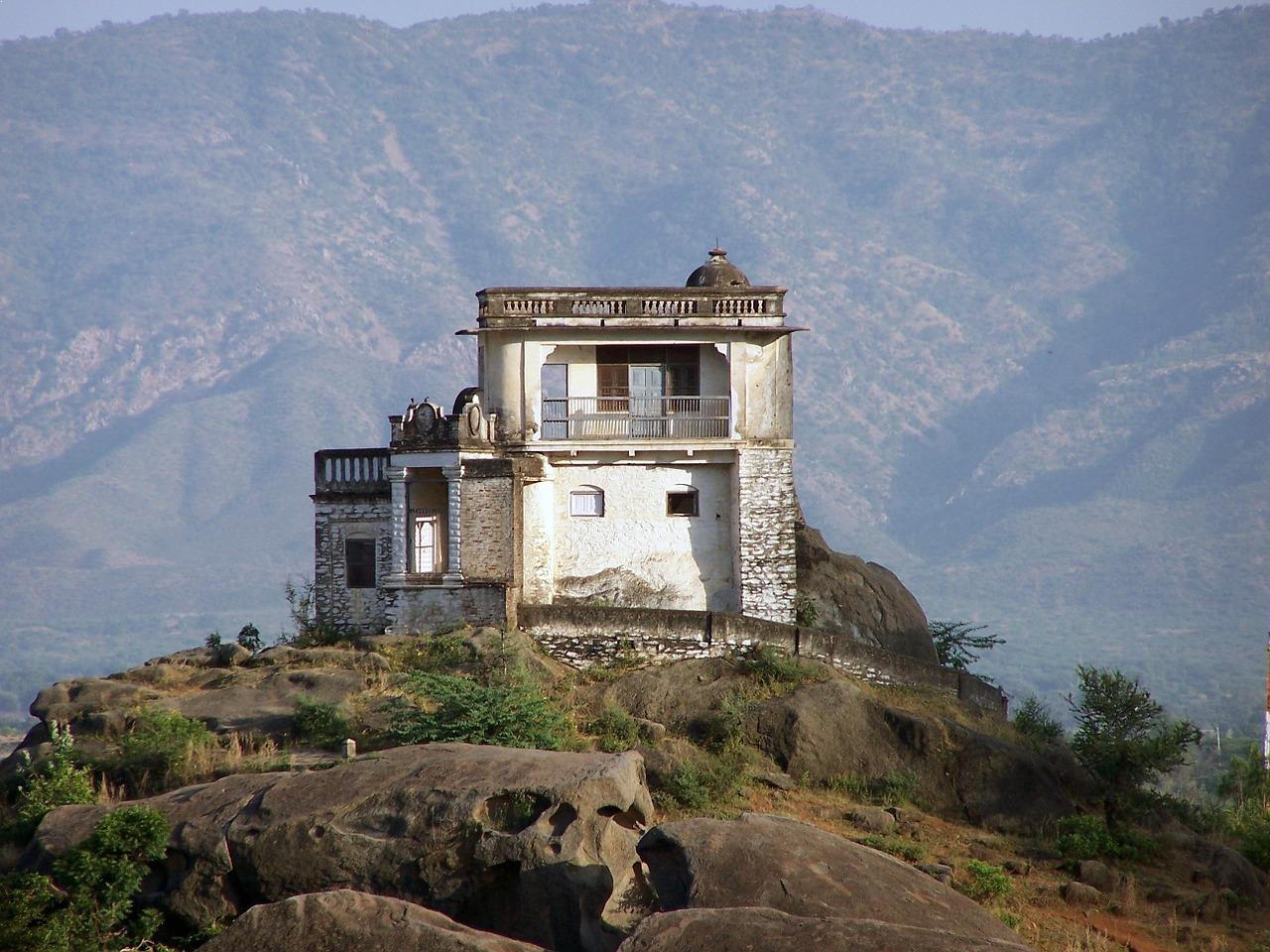 Hawa Mahal is a stupendous piece of Rajput architecture and is located in the Pink City, Jaipur. The ‘Palace of Winds’ or the Hawa Mahal is a huge screened wall made of Pink and Red sandstones. It is a five storey building made in the image of the crown of Lord Krishna with 953 windows, known as jharokhas and a beautiful façade. It was made for the ladies, so that they can stay hidden and witness the busy streets of Jaipur, especially on festivals. 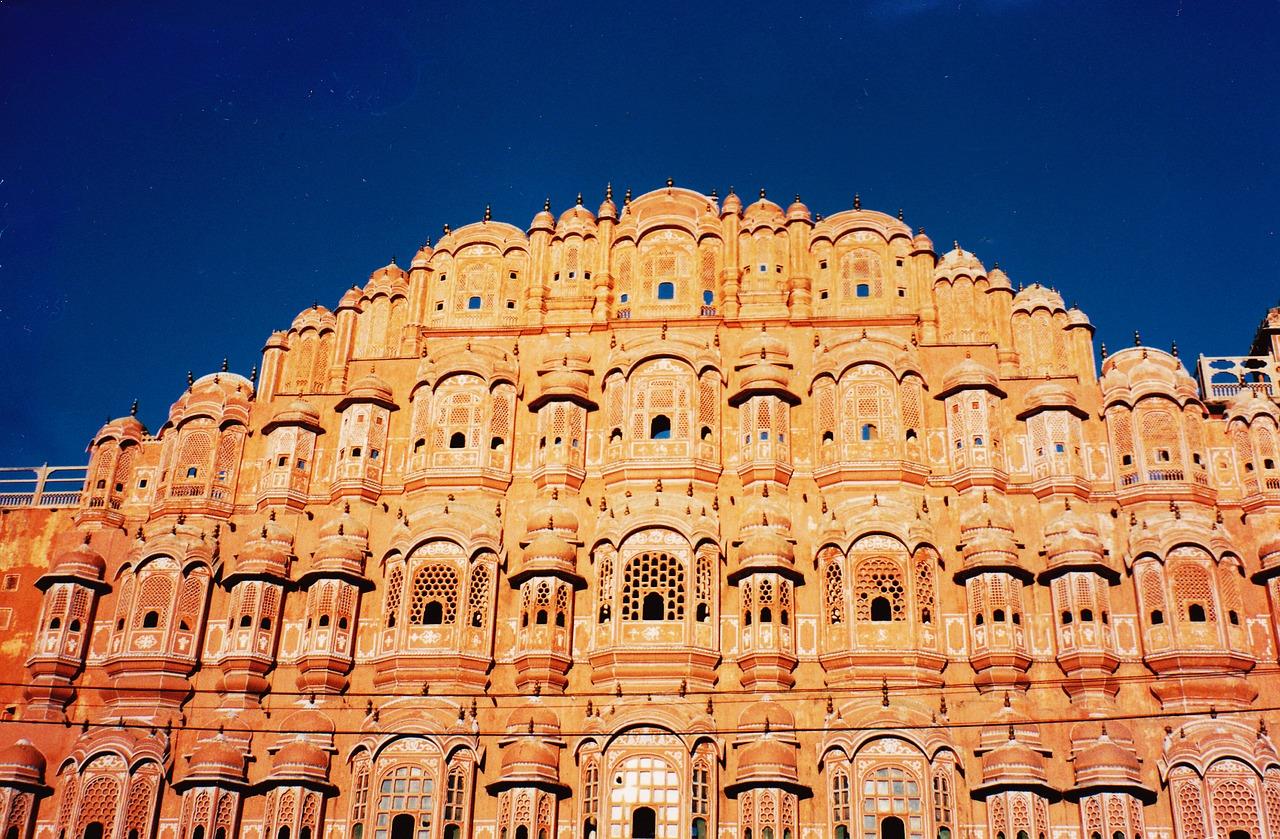 This dry and sandy desert of Thar accommodates some of the gorgeous landscapes of the world. You can go on a Camel Safari and have a glimpse of the gigantic forts of Mihir Garh, Junagarh and Killa Bhawan in the city of Bikaner and Jaisal and some incredibly green and lush oasis between the dry desert.

You can also have a taste of local dishes in any of these local restaurants and can enjoy the folk songs and Folk dances at the time of annual festivals. Don’t forget to taste the delicious Dal Baati and Churma. One of the best tourist places in India, Jaisalmer is famous among tourist for its close proximity to the Thar Desert. 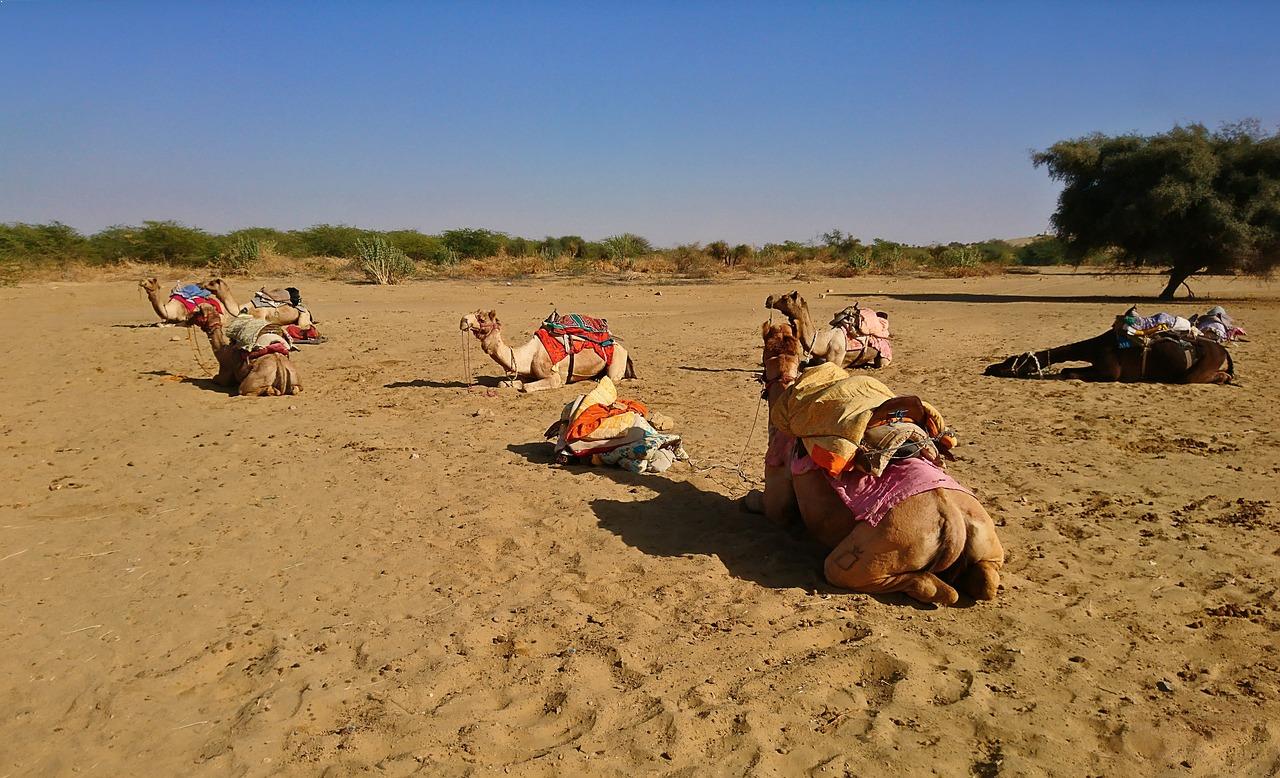 One of the best places to visit in Rajasthan, Ajmer Sharif Dargah is the shrine of Sufi saint Moinuddin Chisti. It contains the tomb of the famous Sufi saint. It is a pious land for the Muslim pilgrimage. It is believed that whoever comes here with a pure heart, all his/her wishes will come true. Moinuddin Chisti was known as the most secular of all the Muslim Saints. 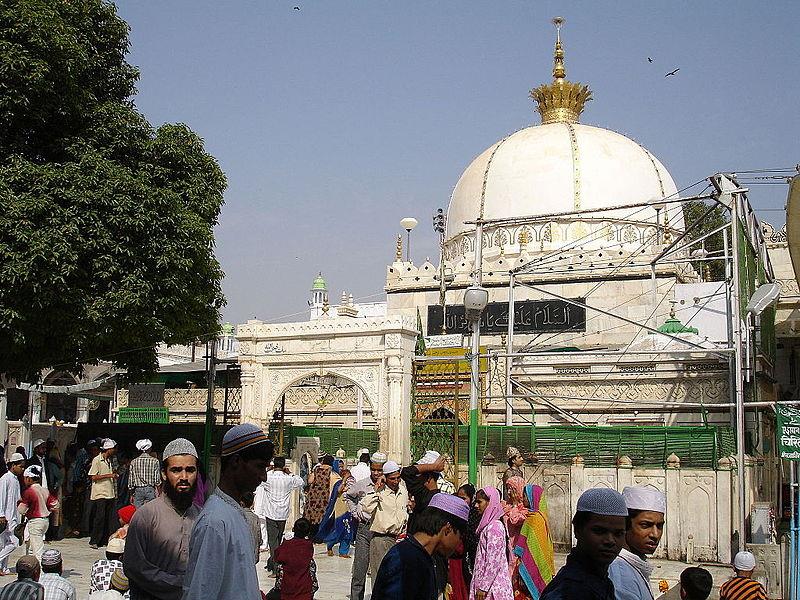 Udaipur, also known as the city of lakes is located near the green and lush Aravalli mountains and occupies a large number of natural and man-made lakes in and around it. Udaipur was the capital of Mewar kingdom and was found by MaharanaUdai Singh II. It is also called the “Venice of East”. Magnificent Udaipur city Palace, which towers over the Lake Pichola is built in such a way that from its balconies, the whole city can be seen to view amazing tourist spots of this beautiful city. Also, read about the most spectacular waterfalls in India. 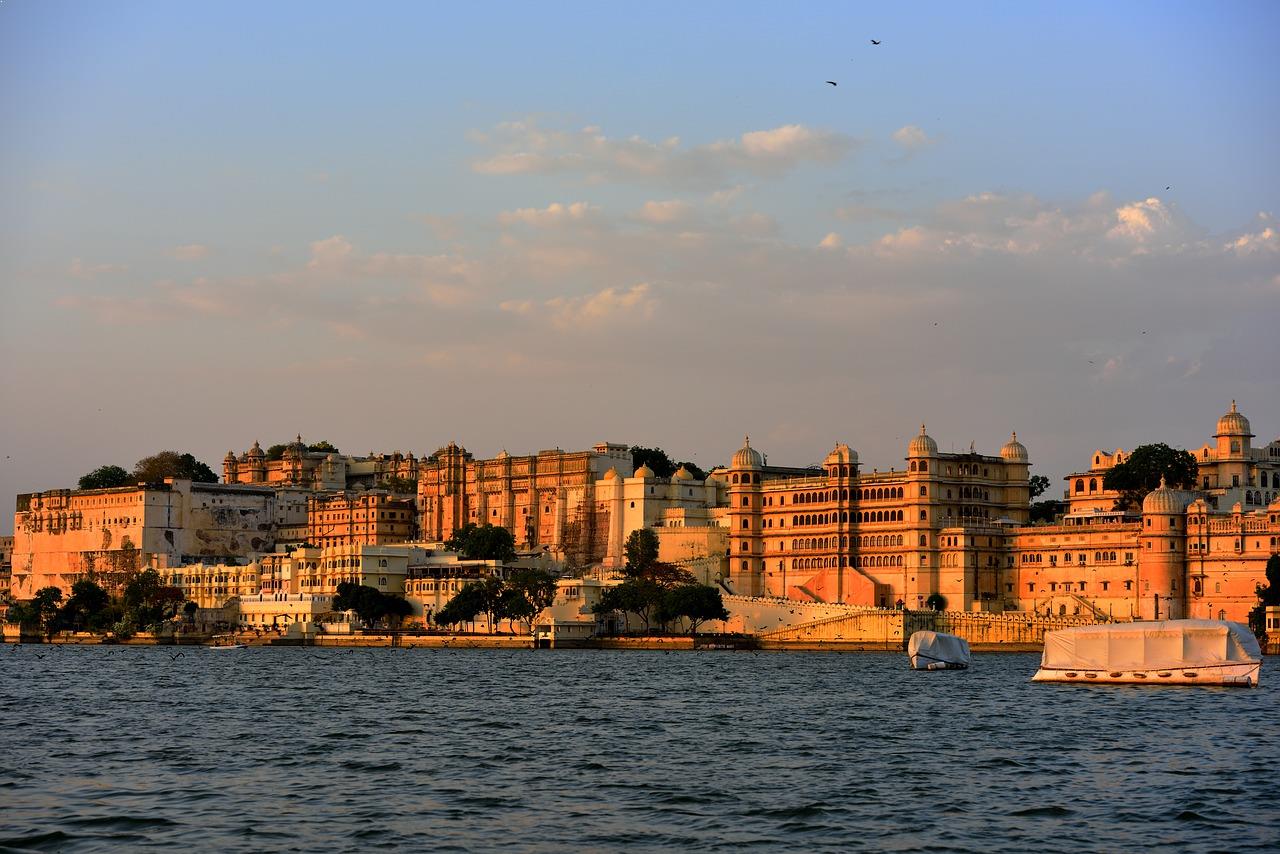 Ranthambore National park is one of the largest national parks in India. It is located in the city of Sawai Madho Singh and formerly was a hunting ground for Kings. Go on a wildlife Safari at this national park and you can witness a large number of various wild and birds. The main attraction of this place is Tigers, as Project Tiger has been active here for the conservation of the population of Tigers. 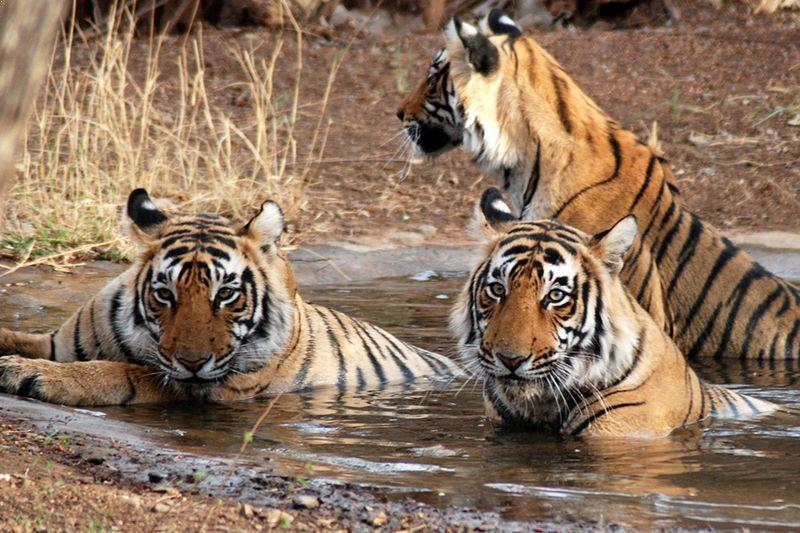 Jantar Mantar is a maze-like monument in the City of Jaipur. It is one of the five astronomical observatories built by Sawai Jai Singh II of Jaipur. It comprises of several buildings with unique designs. These buildings were specially designed and used as large instruments to measure various astronomical quantities. It has a huge sundial made of stone in the heart of it. It is given the honour of UNESCO World Heritage site because of its jaw-dropping architecture. It’s a must visit for all the astronomy enthusiasts. 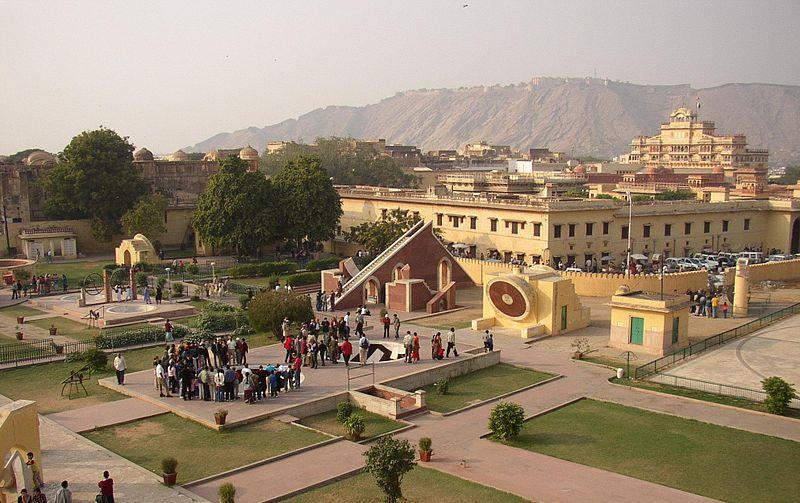 If you are looking for a cursed and haunted fort, then Bhangarh is the place you should visit. This colossal fort is believed to be cursed. It is counted as one of the most Haunted places on earth. Here visitors are not allowed inside it after the twilight. Lots of stories are associated with its haunted past. The truth? Visit this place and find out for yourself. 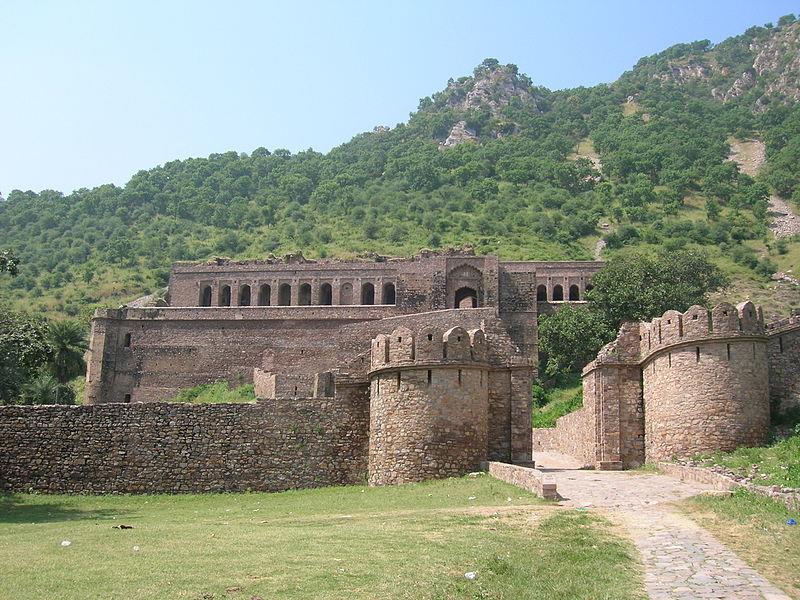 So, these are the places to visit in Rajasthan. Plan your trip and let us know your experience in comments.